Near the junction Kentucky, Virginia, and Tennessee and within the Appalachian Mountains, lies an area well-traveled by Native Americans centuries before European settlers arrived in the 1600s. The Shawnee called this area “Athiamiowee,” meaning “Path of the Armed Ones,” while the Cherokee called the area “Warrior’s Path.” Both tribes used the area as a hunting ground and regularly attacked one another. Cumberland Gap got its English name nearly a hundred years later when explorer Dr. Thomas Walker named the area after the Duke of Cumberland in 1750. 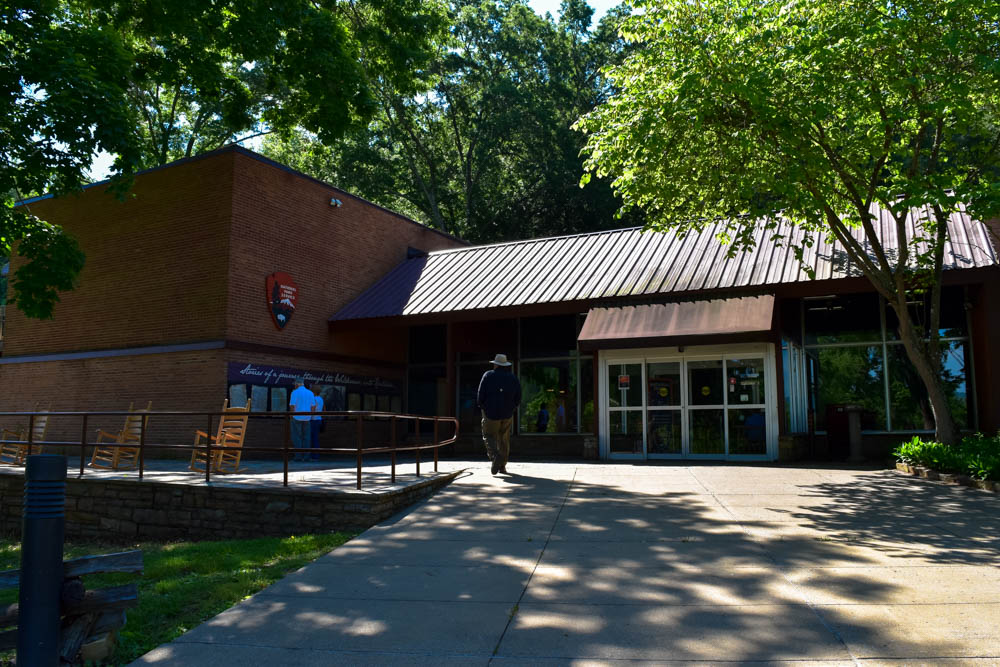 The Visitor Center on the Kentucky side of Cumberland Gap houses one of the best museums I’ve seen thus far within the NPS. I really enjoyed the interactive exhibits and the gallery of regional handmade crafts.  Unlike most National Park Units, this one shows two high definition films. The first is the story of the early pioneers’ and settlers’ migration west through Cumberland Gap. The second film takes a close look at the fantastic natural and historical features found in the park. 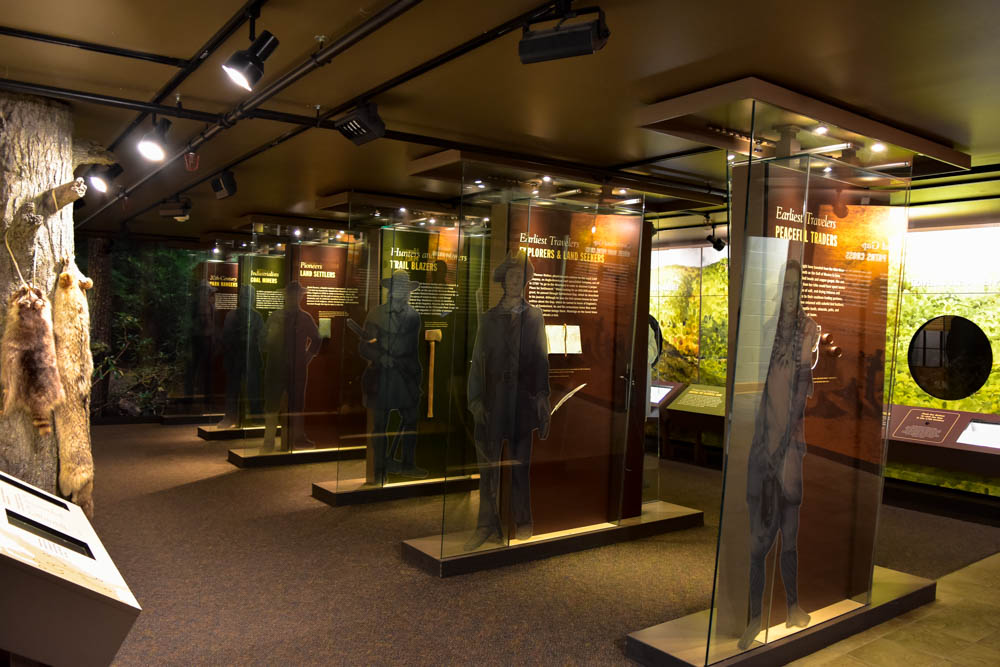 Inside The Visitor Center – Excellent exhibits and documentaries.

With only a day to visit, we drove from the Visitor Center on the Kentucky Side along the four-mile-long Skyland Road. The road took us up the mountain to the Pinnacle Overlook, the best viewing spot in the park. We hiked the short Overlook Loop Trail leading to a spot just within the Virginia borders. In an unassuming man-made outcrop, we got a fantastic view of all three states. To the southwest, we could see Fern Lake, which starts in Kentucky then extends into Tennessee. The town of Cumberland Gap stood directly to the South of us, while to the east, the ridgeline slopped downward into Virginia.

Fern Lake – a recent addition to the National Historical Park

From the Overlook spot, we made our way to the remains of Fort Nathaniel Lyon. Not much remains of this civil war structure except for some old earthworks. Although Cumberland Gap was a natural thoroughfare through the Appalachian Mountain barrier, Fort Lyon never really saw any battle. Both sides of the Civil War sought to control the gap and even changed hands three times, but no skirmishes were fought. Both Union and Confederate troops garrisoned here endured months of inaction and boredom. 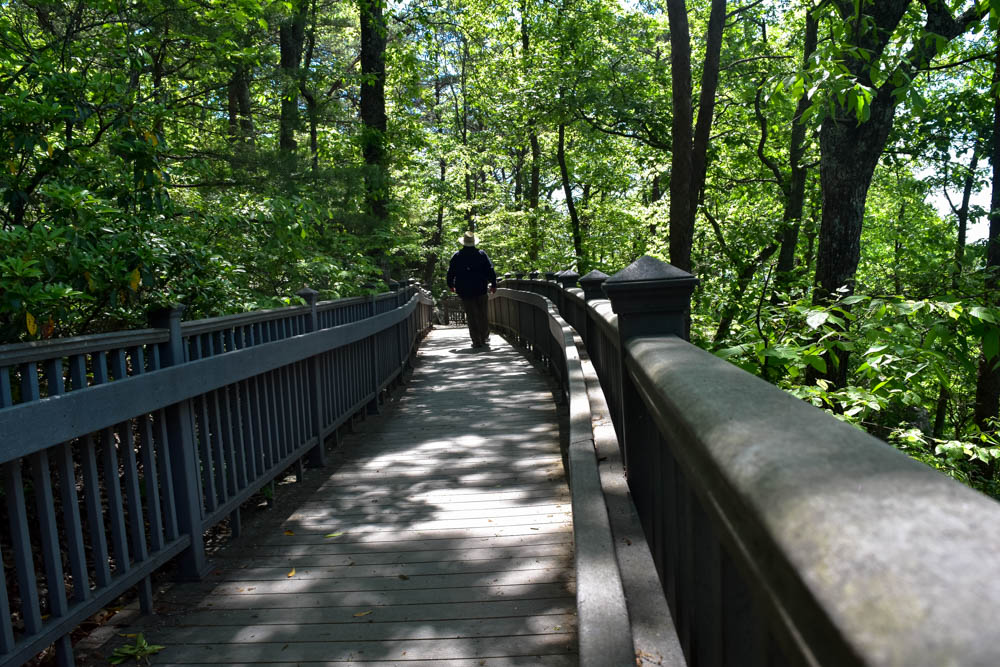 Overlook Trail – includes both the Pinnacle Overlook and Fort Lyon

At the Daniel Boon Visitor center, we found an outdoor pavilion featuring historical accounts of Daniel Boone’s time and the eastern trailhead for the modern day Wilderness Road Trail. Sadly this trail will only take you as far as the Wilderness Road parking lot about 1.38 miles away, but you’ll definitely get to pass through the Gap, just as Boone and many settlers did in the past.

If you decide to take the half a mile spur trail up the mountain, you’ll get to stand in all three states at once — one of 34 tri-state points accessible on dry land in the United States!

Before making our way back through the tunnel, we decide to take a quick stop at the Iron Furnace. All that remains of this structure is the lower half of the original 1819 blast furnace. The furnace was actually a very small part of the Newlee Iron complex.

The Iron Furnace once stood 30 feet high with a crucible where the molten iron was collected. Looking into the ruins, I can see the outlines of the hearth. Just above the hearth, there’s an opening of the bosh which flares outward. I can only imagine what the heat must have felt like. That’s where the hottest part of the furnace and it takes 3,000° F to produce liquid iron and slag. 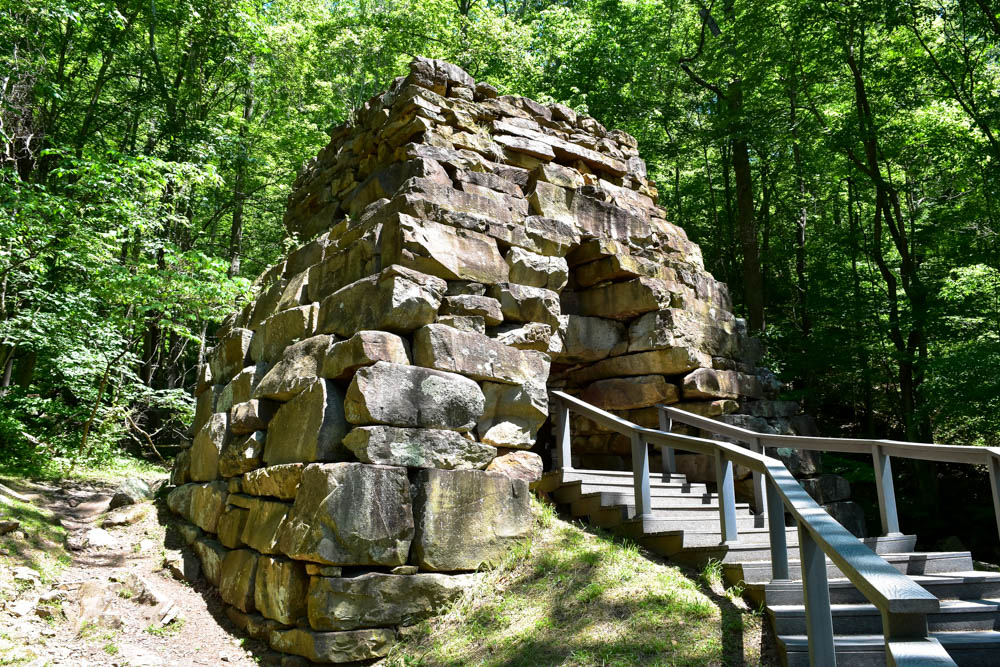 When we visited Cumberland Gap we arrived in early summer, but after talking with a ranger, he said that the best time to visit is in the Autumn. “If you want fall foliage without The Great Smokies crowds,” he said, “come to Cumberland Gap.” You can even add a bit of creepy October flavor to your visit and take a ranger-guided tour to Gap Cave (once known as Cudjo’s Cave) or to the historic Hensley Settlement, a preserved ghost town atop of Brush Mountain.

Just as we’re heading back through the Cumberland Gap Tunnel, we spot a cafe in the town of Cumberland Gap. Both Hitch and I are profoundly tea drinkers, mostly because we love the flavor. So when we saw the sign “Pineapple Tea Room,” we quickly pulled over for late afternoon lunch. This cafe made me feel very cozy, and of course, I drank pineapple tea with my tasty “Gap Wrap” (a fancy chicken BLT in a wrap) — The perfect way to end our easy-going day. 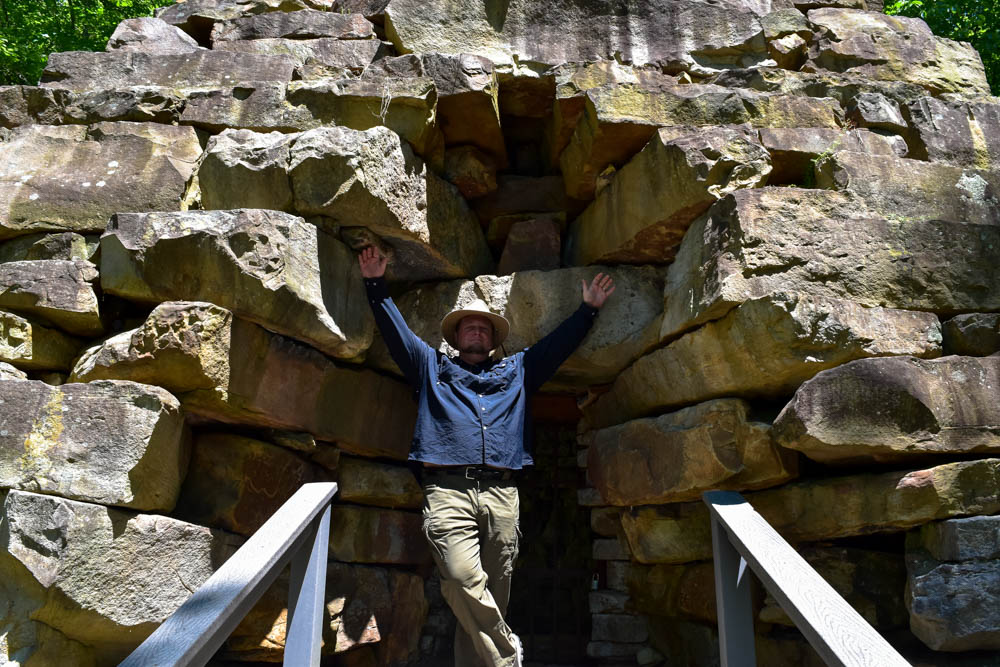 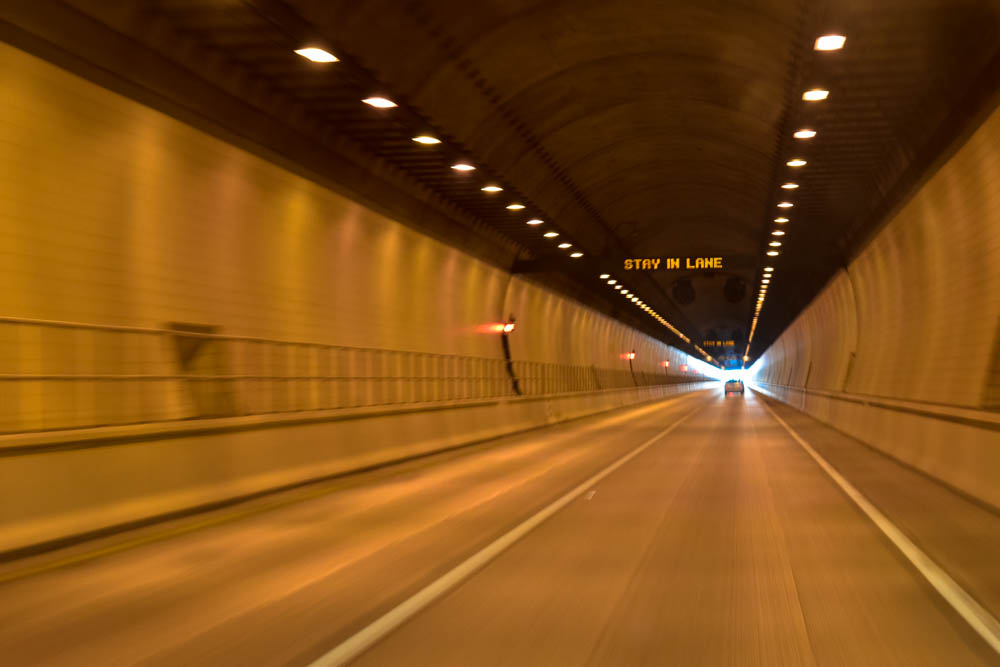 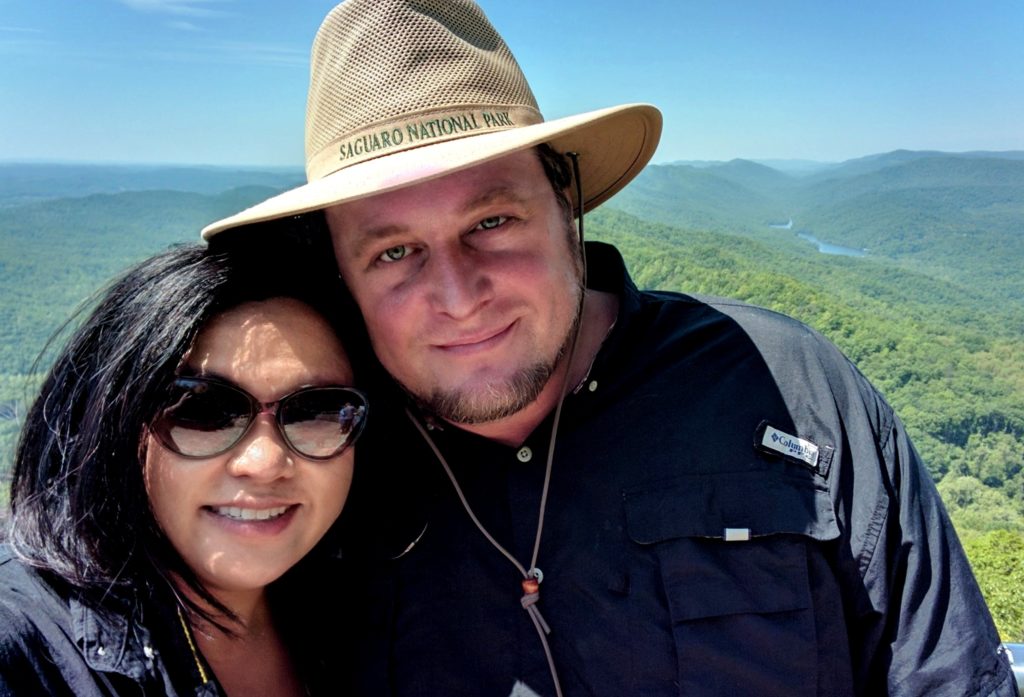 Us at the Pinnacle Overlook 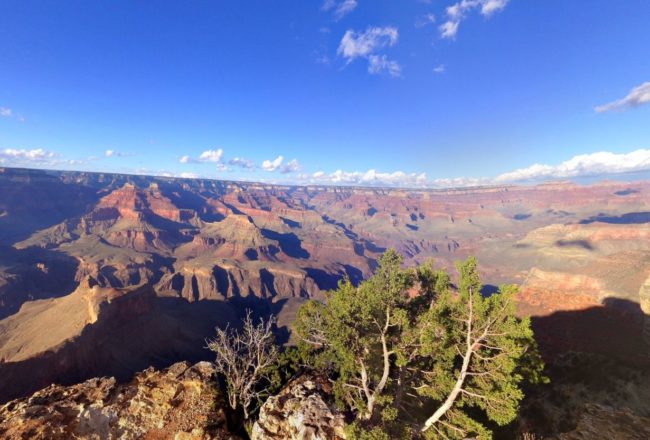