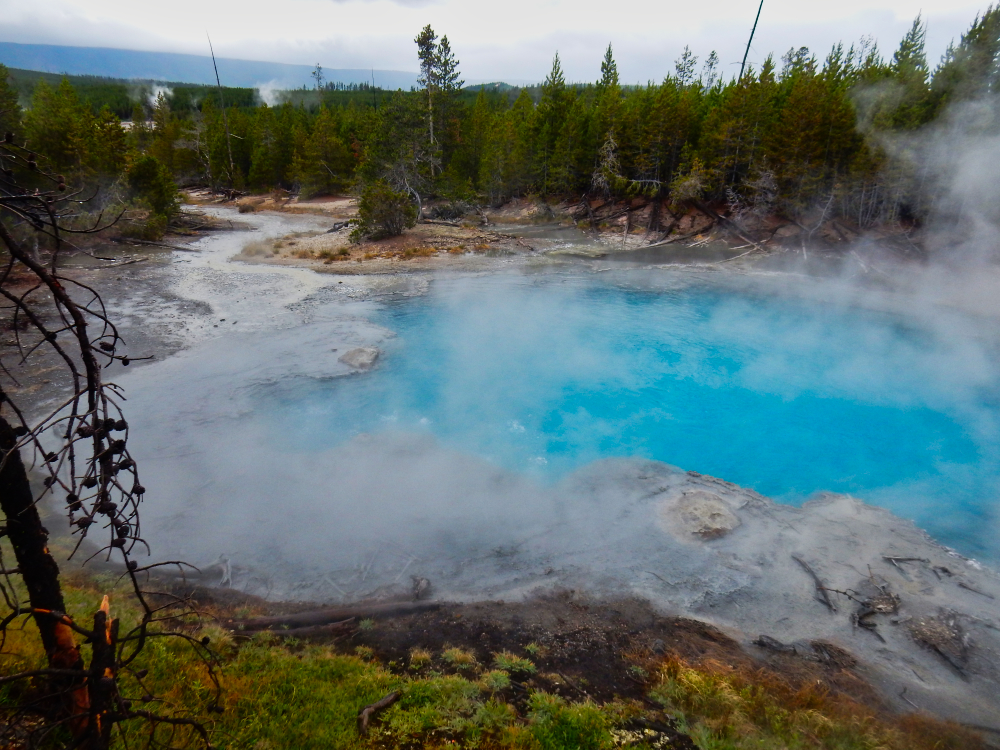 Norris Geyser Basin first came to my attention when my newsfeed presented me with an article about a man who fell into a hot spring and died because he wandered beyond the boardwalk. Since the 1880s, when records were first kept, a few hundred people have died by boiling to death in Yellowstone hot springs. A gruesome introduction to a famed Yellowstone geyser basin, but I consider it a sad reminder to be careful while visiting.

Located 30 miles north of Old Faithful and 27 miles east from Yellowstone West Entrance in Montana, Norris Geyser Basin resides on the rim of the active Yellowstone Caldera. The basin owes its volatile hydrothermal activity to two faults that intersect with the caldera ring. This combination leads to frequent earthquakes, temperature fluctuations, and even the destruction and creation of new hot springs and geysers. The fault system also causes Norris’ geysers and springs to have average temperatures hotter than anywhere else in Yellowstone. The blending of extreme heat, water, and unusual ground chemistry results in Norris’ unique acidic geysers.

Norris is a danger zone. A majority of the springs and fumaroles have surface temperatures above boiling point, 212° F at this altitude. Acidic levels in pools and geysers vary in strength and is similar to lemon juice or vinegar. In addition to these two deadly factors, I think what most people don’t realize is that the ground is very unstable. Hot water churns in the underground, dissolving minerals and rock and creates pockets of unstable terrain. The water flows the surface and forms mineral crusts on the edge of pools, creating a kind of ledge over the pool. This false ground is what usually gets people who tempt fate and want to near the edge of the of a boiling pool. I would hope that these things would scare you away, but if it doesn’t then the $1000 fine for leaving the boardwalk should.

Regardless of the risk, Norris Geyser Basin is a wondrous beauty to behold. Hitch and I went early in the morning when crowds were light. From the top of the hill near the information center, we watched steam billow from the basin, then waft through the wind like air elementals. The sheer number and variety of hydrothermal features surprised us and walking through the terrain felt otherworldly. 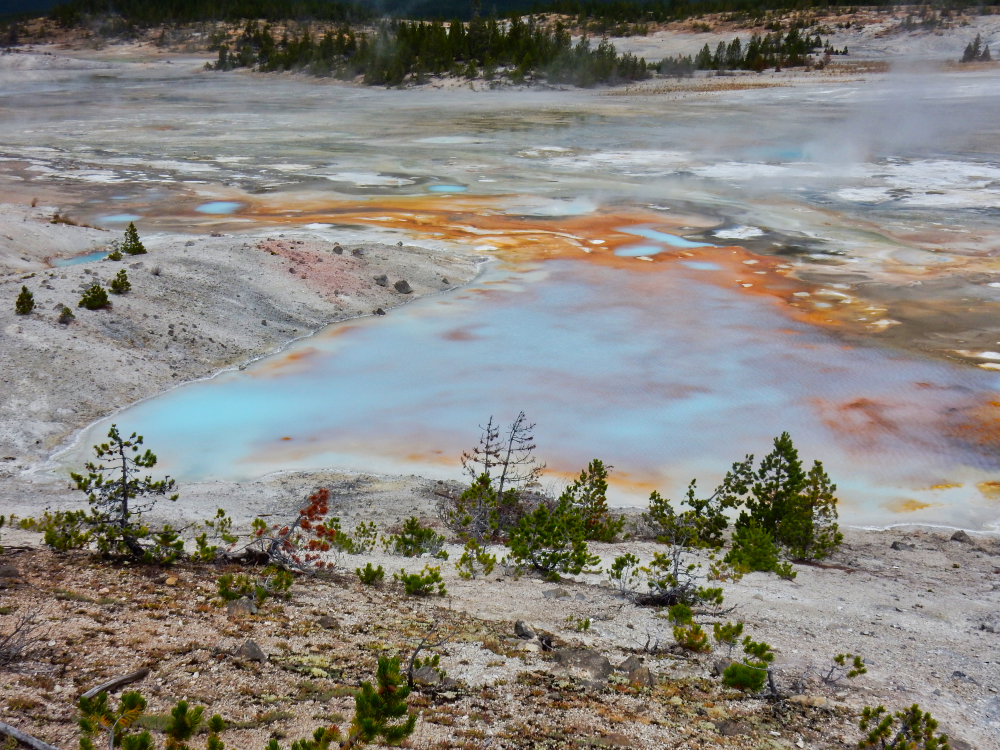 Of the two sub-areas within Norris, Porcelain Basin contains a spectrum of colors, seething vapors, and pungent smells. From Porcelain Overlook, milky blue pools filled with silica give a false sense of calm. I need only look at the geysers in the distance to be reminded that I’m walking along a volcanic landscape. Streaks of orange, white, green, black, and yellow paint the landscape as thermophiles bloom with life within the boiling acidic soup.

As we wandered through we found Constant Geyser in the middle of its eruption, her outbursts of water sporadic and never quite the same from one moment to the next. Nearby, the run-off channels from Whirligig and Pinwheel Geyser form a strange colorful ribbon upon the landscape. Just beyond we listened to the pop-pop-popping sounds of Crackling Lake coming from the edges of its hazy light blue waters. As we reached the junction toward Back Basin, we found Porcelain Springs full of a milky blue chemical mix of sulfur, arsenic, and boron. 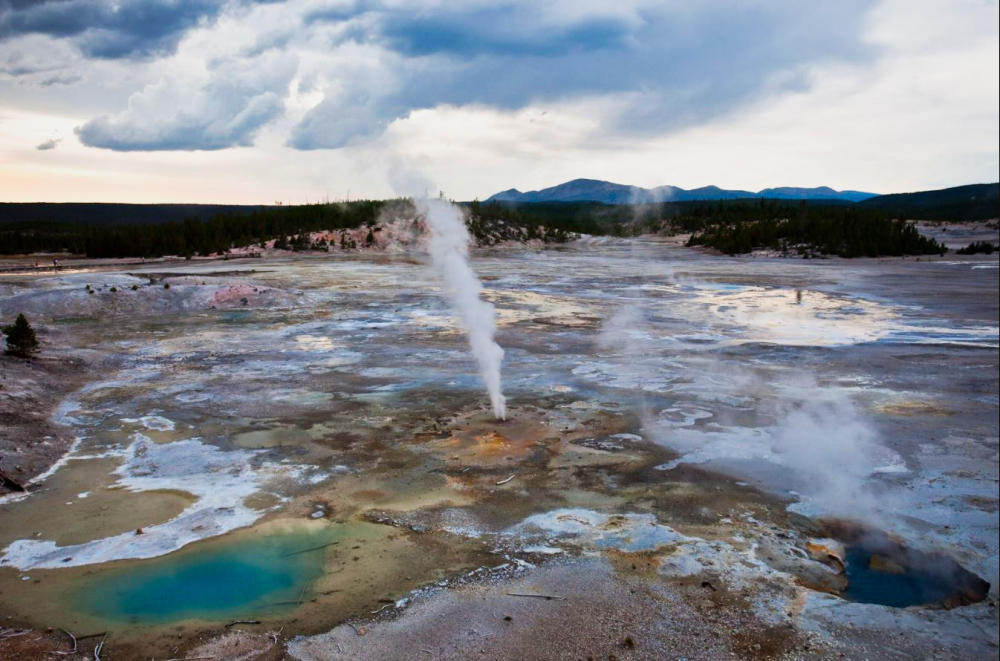 From Porcelain Basin, we hiked passed the junction through a wooded area and toward Back Basin’s hydrothermal features, where trees isolate geysers and springs from one another. The trail quickly fills with steam and mist, engulphing the chard remains of lodgepole pines; the reminders of a 1988 forest fire. I feel like I’m in an enchanted wood filled with ominous spirits. Hitch and I pressed on, curious as to what we would find.

Back on a boardwalk, we find a few dormant geysers, quietly waiting for the right moment to spring forth. We quickly pass them and come upon Palpitator Spring in the middle of its watery spasms, with its gassy bubbles churning the surface.

When we reach the deadly Porkchop Geyser, we stop for a moment and contemplate the few who have died here. Today Porkchop looks like a pool within a crater, caused by pressure build up that culminated in an explosion in 1989. Surrounding rocks were upheaved while some flew more than 200 feet away. Porkchop no longer erupts and is a boiling hot spring. This is where the poor 23-year-old man lost his life earlier this June. I look at the deceptive crusty ground, which I know can be as thin as ice. Reports say that he fell through that thin crust and died instantly. 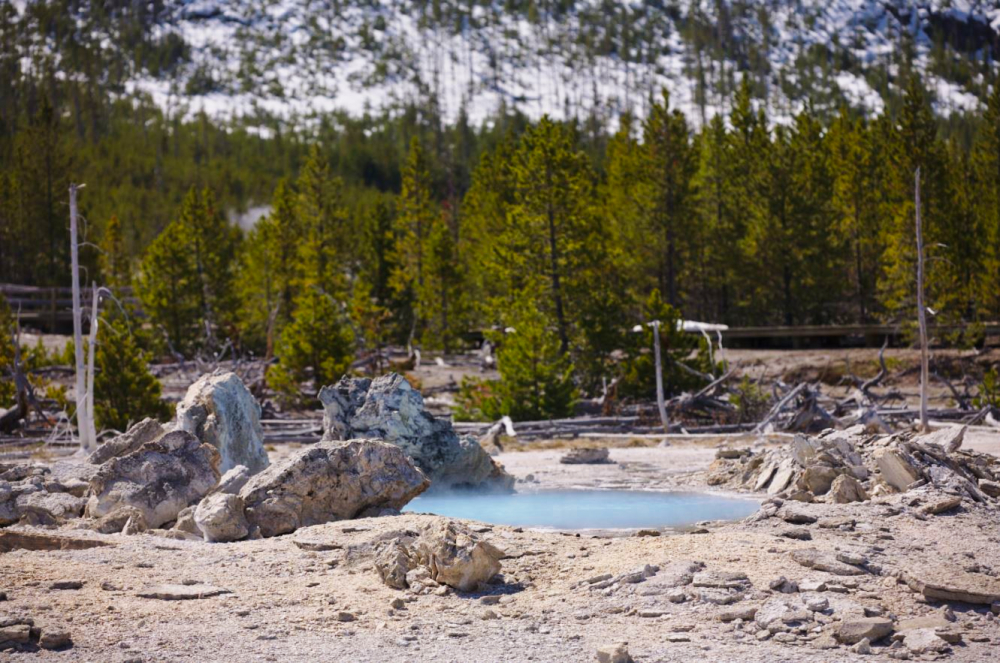 Just a few steps along the boardwalk, Blue Mud Steam Vent hypnotized us with its hot muddy waters violently churning within its hole. We broke the thrall of Blue Mud and hike down toward Green Dragon Spring, lured by the white fumes crawling up the path. Green Dragon Spring resides in a cave and hidden behind thick steam. We paused quietly, waiting for the wind to clear thick steam. For a few moments, we caught a glimpse of the sulfur-lined cave and boiling green water ejecting from its maw.

Further on the trail, we observed Echinus Geyser slumbering, in the guise of a chromatic pool. The red color in the rim and run-off streams of this geyser is caused by iron oxides rather than Thermophiles. Right next door, the newly formed Black Pit Spring sizzles and is the youngest of the thermal features at 40 years old. 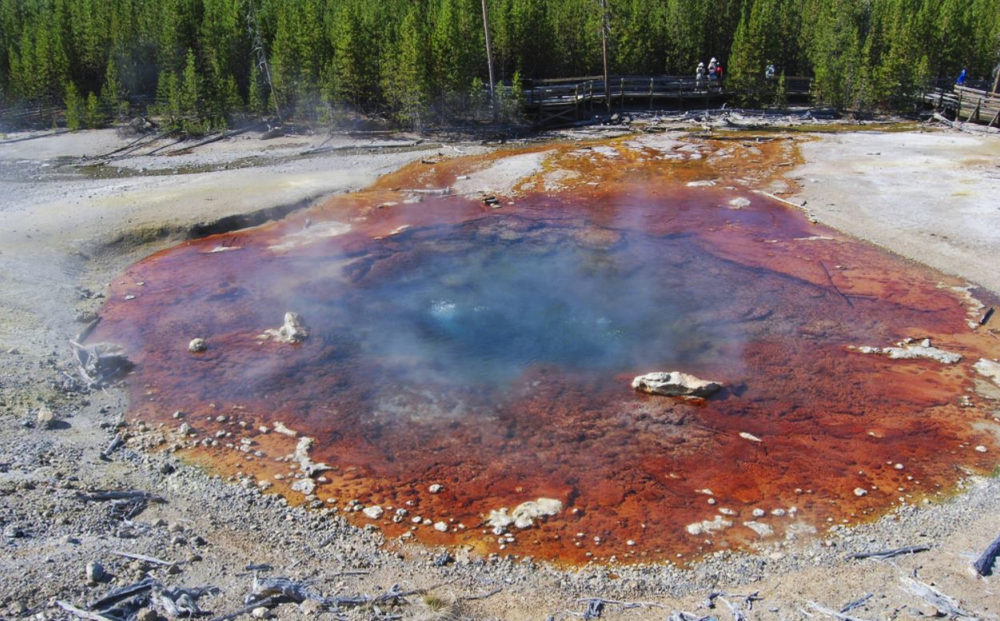 Echinus Geyser – The name Echinus comes from the spiny appearance of the cone that resembles a Sea urchin or class Echinoidea.

Up along the hill, the boardwalk leads us to Steamboat Geyser, Norris Geyser Basin’s headline show that unpredictably performs once in a few years. The last full eruption occurred in September 2014, with a thundering geyser over 300 feet high. However, Steamboat does eject water in short and frequent bursts in its less spectacular daily shows.

Around the corner and up the hill, we headed for our final hydrothermal feature, Emerald Springs. Emerald’s blue water comes from the water combined with the sulfur lined within the pool. At the center, the depth is 27-feet deep and all of it near boiling. Nothing but the toughest extremophiles which feed on sulfur can survive in it.

Norris Geyser Basin is a must visit any Yellowstone itinerary. Where else would you get to see the World’s Tallest, Oldest, Hottest, and Most Acidic thermal features? 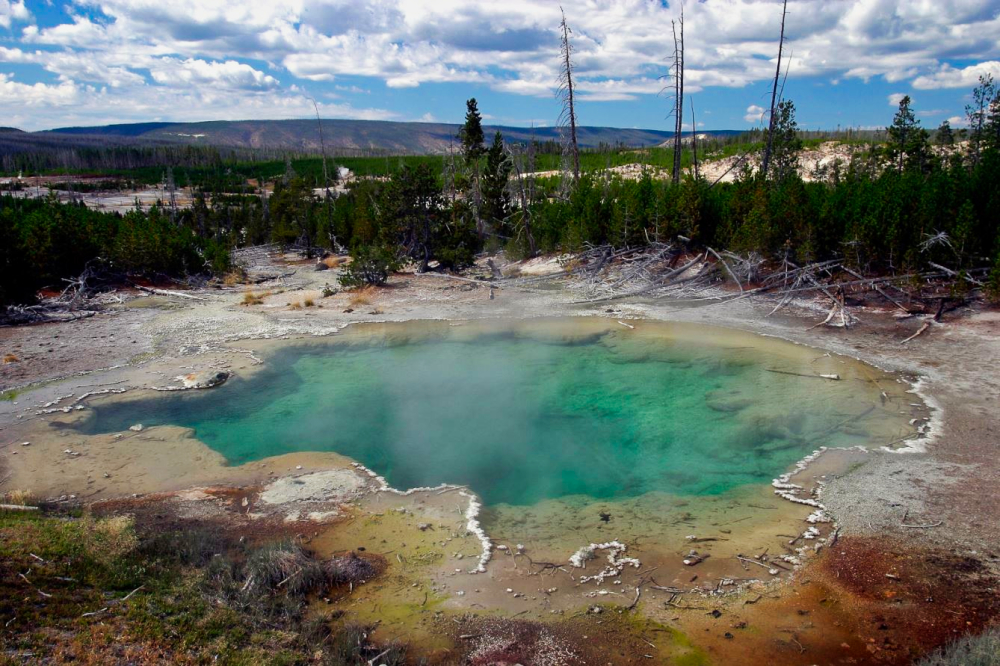 Emerald Spring is a mostly calm pool, which usually only has a few bubbles rising to the surface. But don’t let that fool you, temperatures still average near 195° F 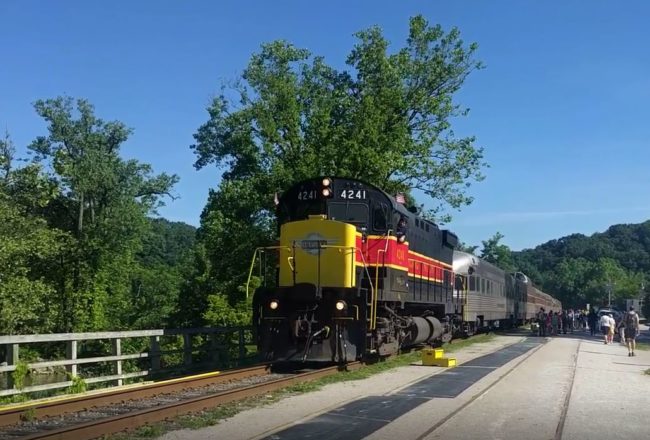 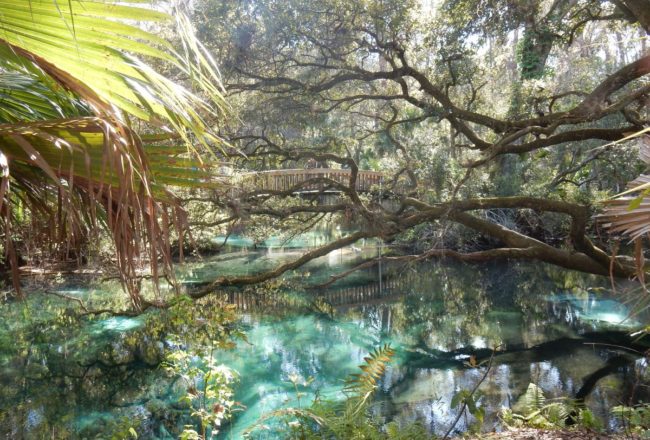 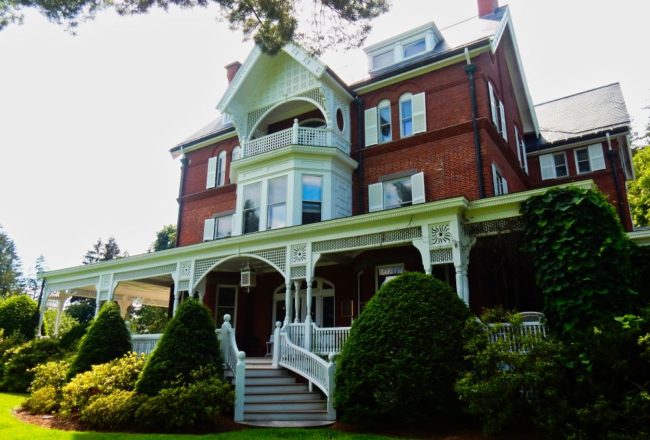