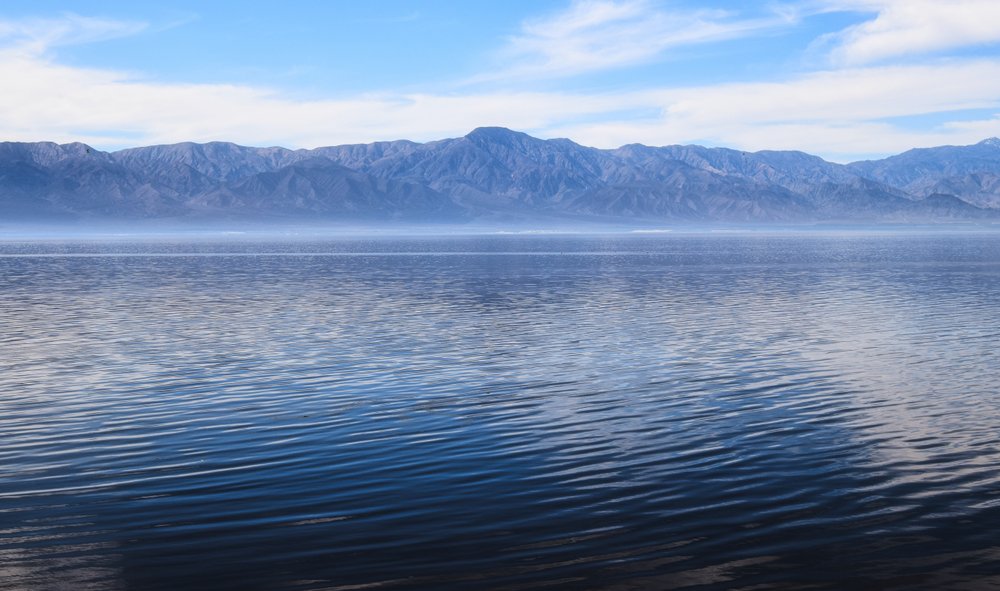 When we first drove up to the Salton Sea State Recreation Area, the sky was clear and the weather unusually warm for this time of year — in fact, all of California is experiencing a winter warm spell. The water is deceptively blue, as it reflects the sky above it, and backed by the picturesque Santa Rosa Mountains. This all makes for a lovely picture until you exit your car – that’s when the putrid algae and dead fish odor hits you. The beach itself is made of mostly tiny shells of barnacles mixed with sand, rock, fish bones and bird bones. A landscape of death if ever there was. 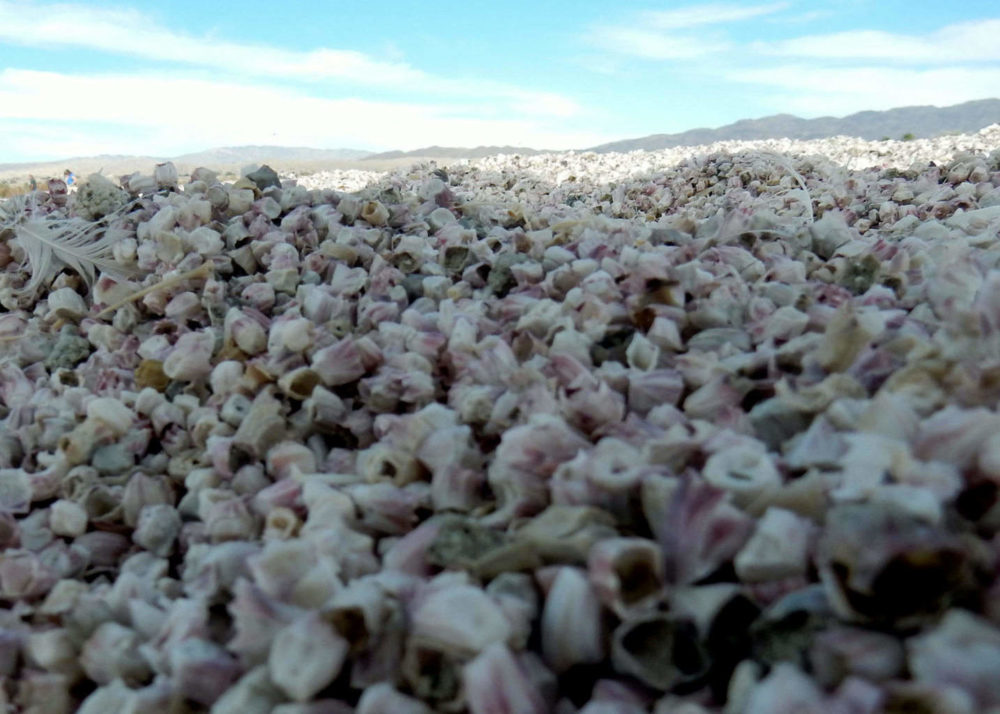 The smell has and can get worse. With a good gust of wind, a rotten egg stench can spread through all of Coachella Valley. Local microbiologists say this is a natural process, that the hydrogen sulfide gas is a waste product of microbes decomposing materials in the sea. As the sea continues to dry up, the smell will only get worse as bacteria and algae bloom increase in frequency.

But not today, today it’s just rotting fish, which just surges into your face the closer you get to the lake shore. Due to the high salinity, very few fish species can tolerate living in the Salton Sea. The only fish remaining in the waters, is Tilapia, which was introduced in the 1920s. While they are still thriving here, they are sensitive to changes in the sea and have periodic mass die offs. 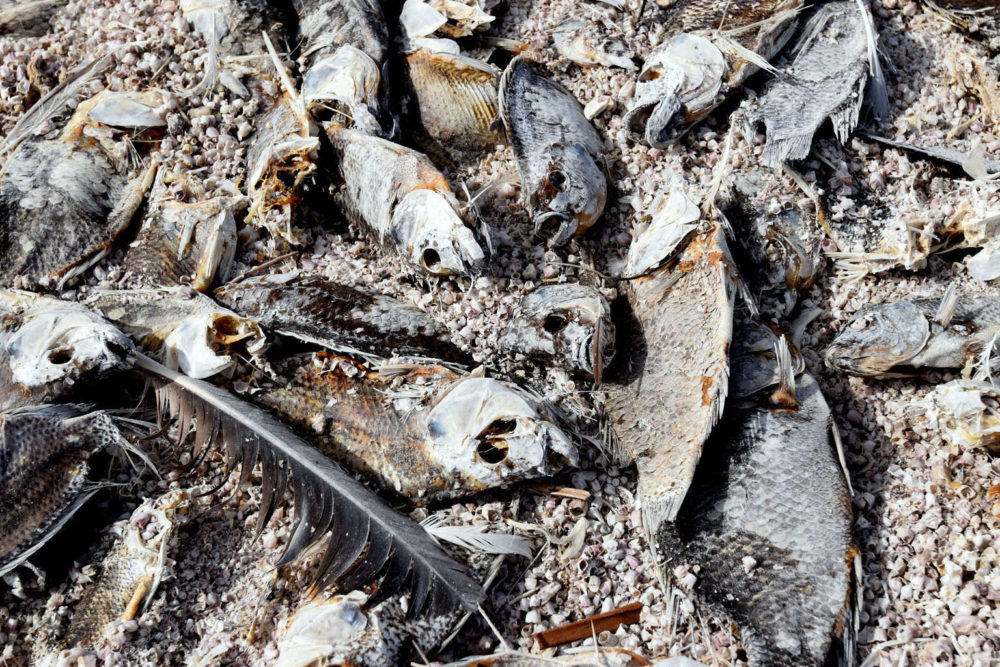 Regardless of its shrinking waters, the Sonny Bono Salton Sea National Wildlife Refuge, which is on the south end of the lake, has one of the most diverse bird species of any NWR in the west. More than 375 birds have been recorded in the Salton Sea and Imperial Valley regions. Heavy migrations of waterfowl, marsh, and shorebirds appear during the spring and fall. During the winter and spring, a variety of smaller birds and raptors occupy the refuge. The best months for bird watching at the Salton Sea are November to May. 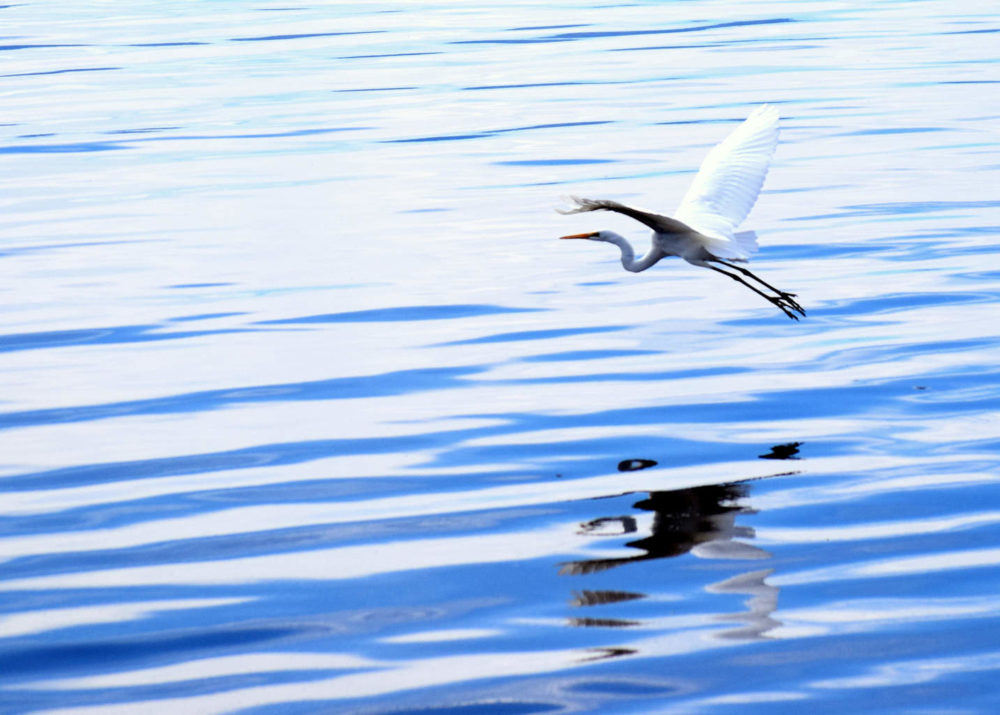 The Salton Sea itself was created in 1905 when the Colorado River broke through diversion canals in the irrigation system in a county just south of the sea. For two years the waters flowed into the lake until repairs were completed. The lake occupies the lowest elevations of an area called the Salton Sink within the Colorado Desert. The lake surface is 234 feet below sea level, which is low, but not as low as Death Valley at 282 feet below. Until the advent of the modern sea, the Salton Sink was the site of a major salt mining operation. The salt deposits having been left there from an ancient lake from 4 million years ago.

Just a few miles south of the State Recreation Area is neighboring Bombay Beach which was a thriving resort in the 50s and ’60s. By day, resort goers swam, water-skied, and golfed. At dusk, they took to their yachts and party into the night. Today, the once paradise is a purgatory having succumbed to decay and disuse.

The State of California is involved in efforts to restore the sea, but such extreme efforts are obviously easier said than done. What it would need is a source of fresh water, something hard to come buy in an area stricken with drought for the past few years and where most of the existing water is used in agriculture. Meanwhile, the Salton sea remains this strange mix of abandon humanity and flourishing wildlife where you can watch the cycle of birth and death of a habitat first hand. 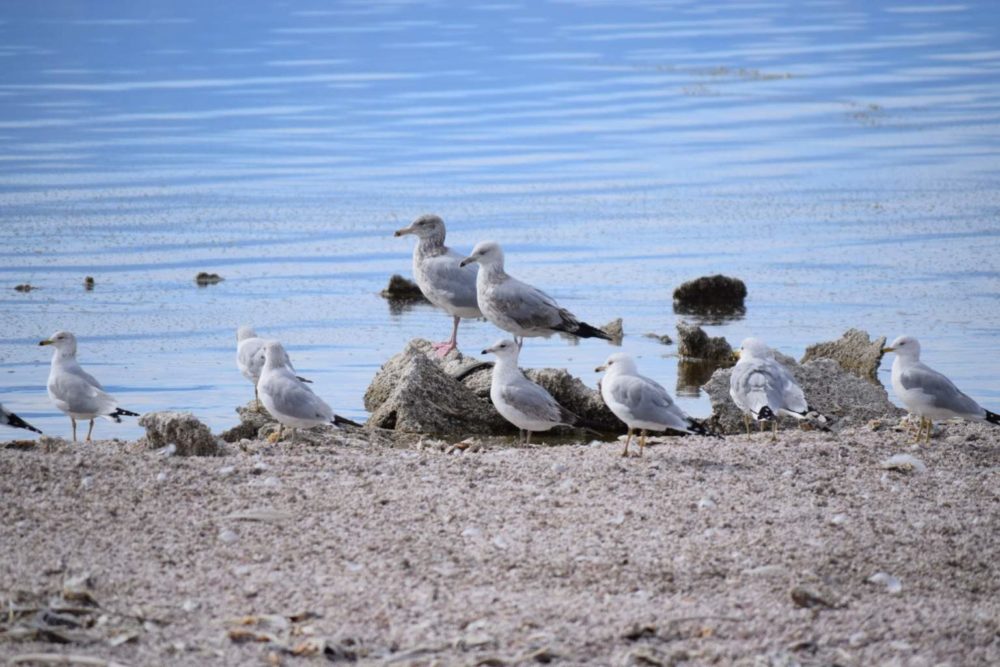 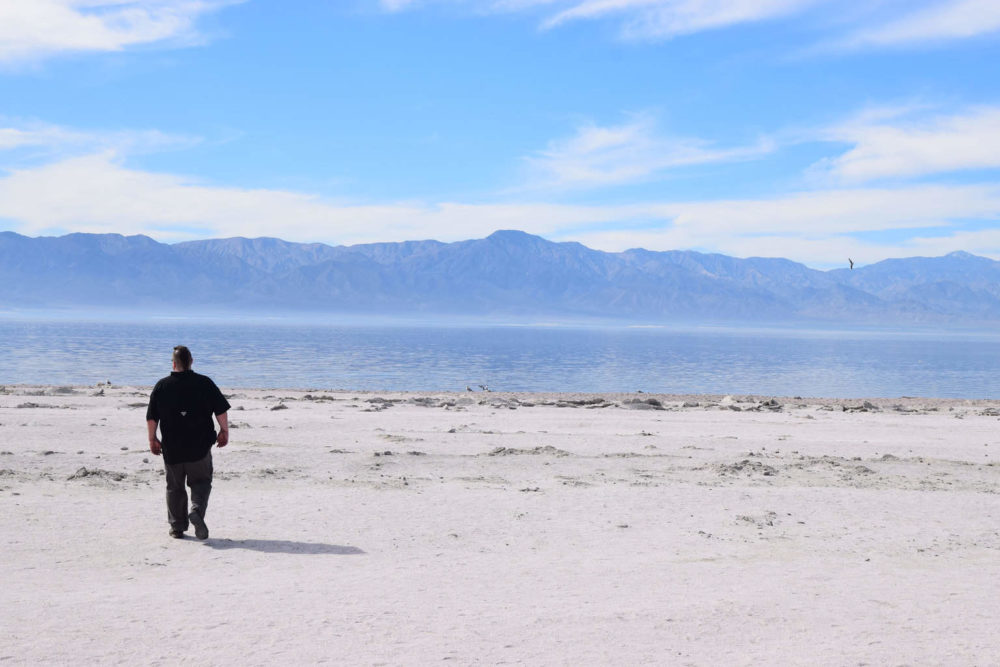 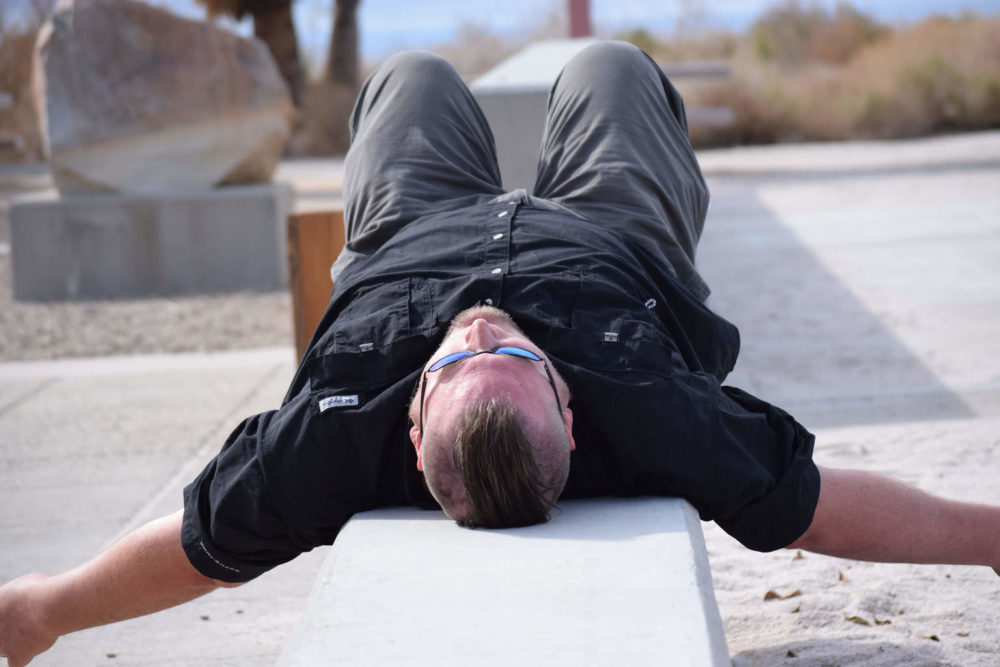 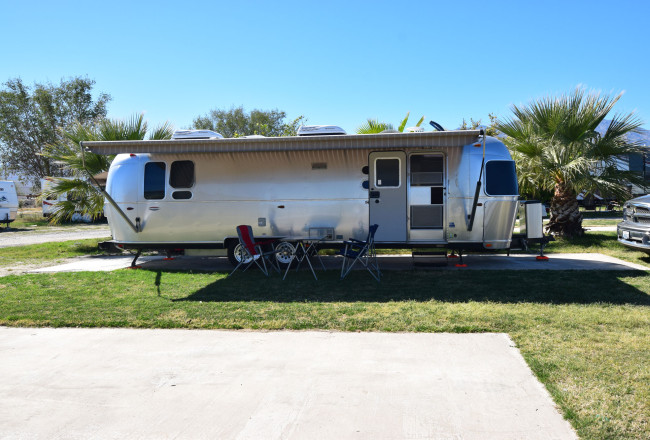 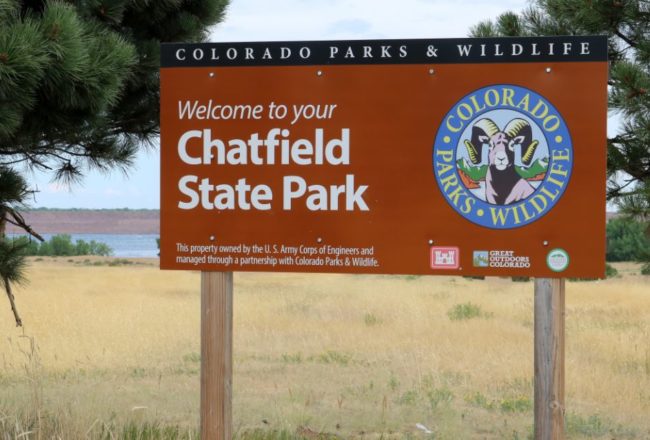