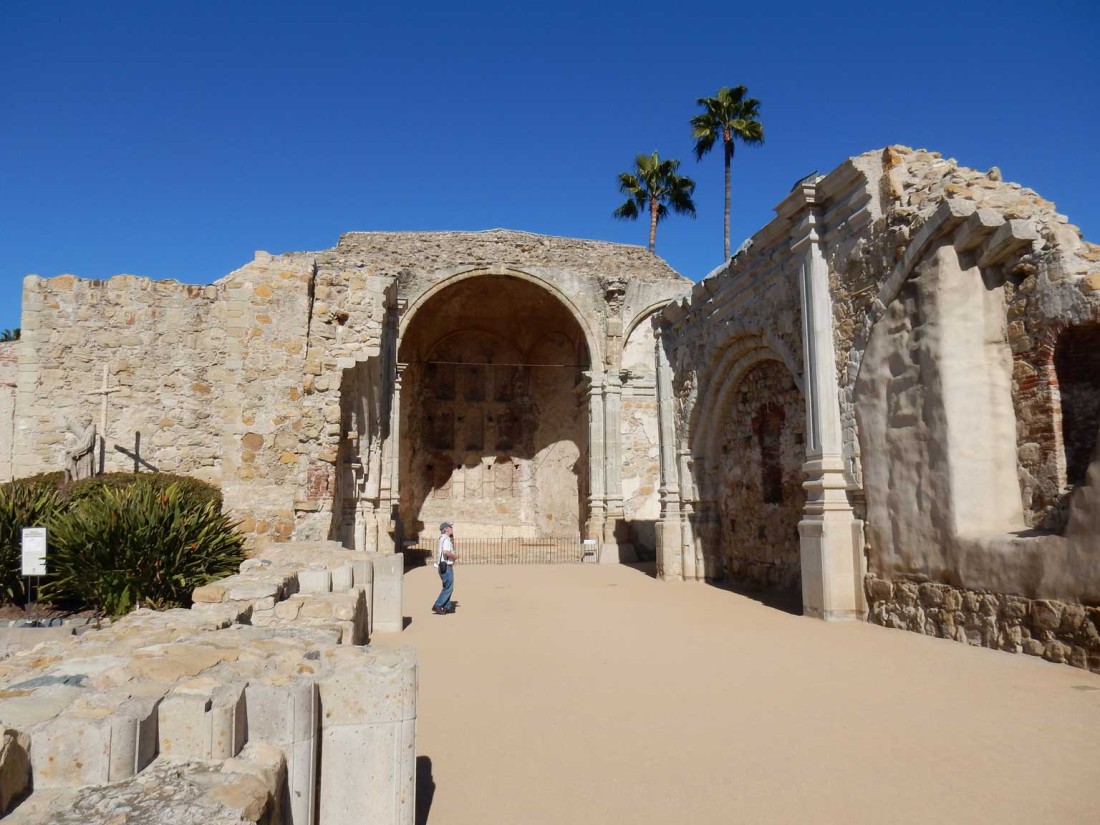 Mission San Juan Capistrano was first founded by Father Lasuen and on October 30, 1775, a group of padres and soldiers moved in. Their stay was cut short, as they left with due haste a week later to help their neighboring mission in San Diego against Native American revolt. San Juan Capistrano wouldn’t be fully open until a year later on All Saint’s Day, November 1, 1776, by Father Serra.

When the Franciscan order built the mission, they named her in honor of Giovanni da Capistrano, a 15th-century theologian and “warrior priest” who resided in the Abruzzo region of Italy. Today, the mission is the location of the oldest building in California still in use, Serra’s Chapel, which was built in 1782.

Today the mission is 239 years old, and is comprised of restored buildings from various periods of habitation, museums housing precious artifacts and paintings, gardens, a basilica and a parish school, all within 10 acres.

The mission’s crowning jewel are the ruins of Mission San Juan Capistrano’s “Great Stone Church,” dubbed by architects the “American Acropolis” in reference to its classical Greco-Roman style, but was really modeled after the Byzantine cathedrals scattered throughout Europe and Western Asia. The church took nine years to construct and was completed in 1806, only to be destroyed six years later in the earthquake of 1812.

And of course, there are the Capistrano Cliff Swallows which migrate from South America to North America in the spring and summer for breeding. The San Juan’s legend claims that the birds return promptly on March 19th, but these are wild animals and migrate according to weather patterns so they come to mission whenever nature dictates. In fact, the swallows haven’t really shown up at the mission in the last several years. While there are still swallows scattered throughout Capistrano, scientists account the reduction to increased development and the combination of many more choices of nesting place and fewer insects to eat.

If you love history and enjoy well kept gardens, then this place is worth at least a half day visit. 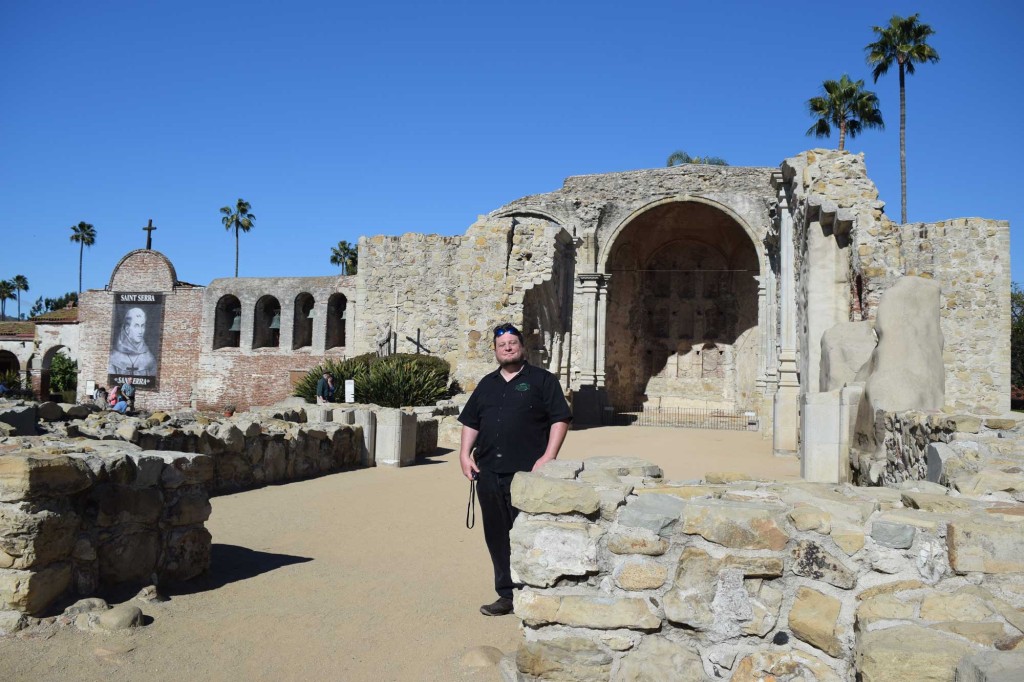 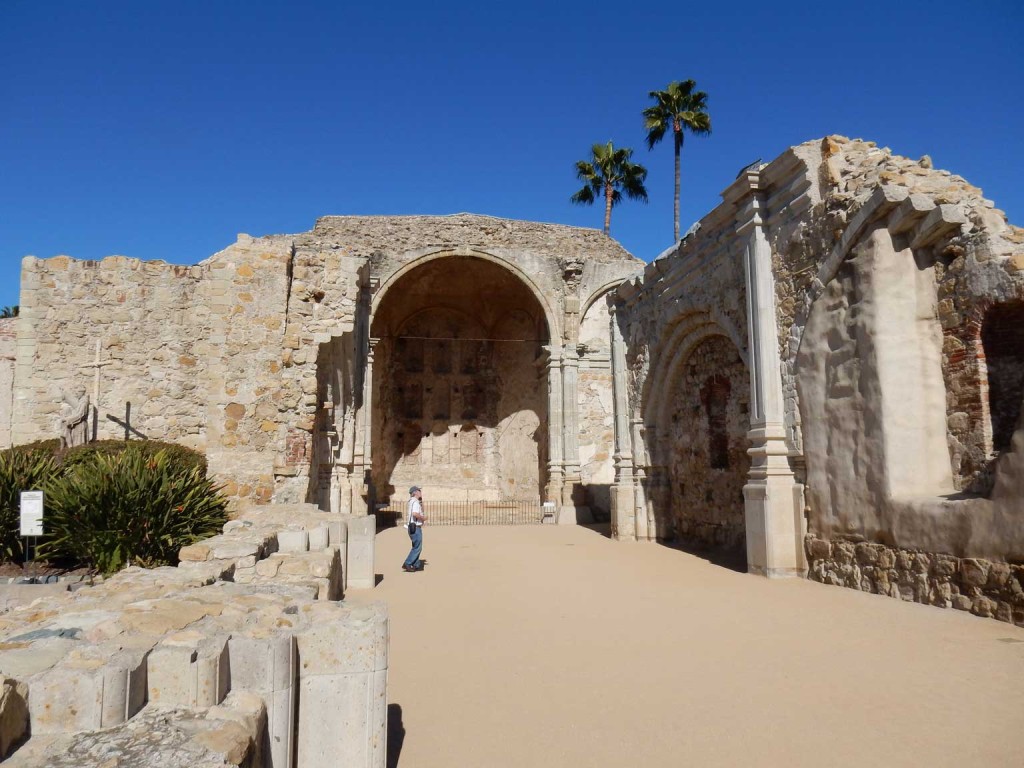 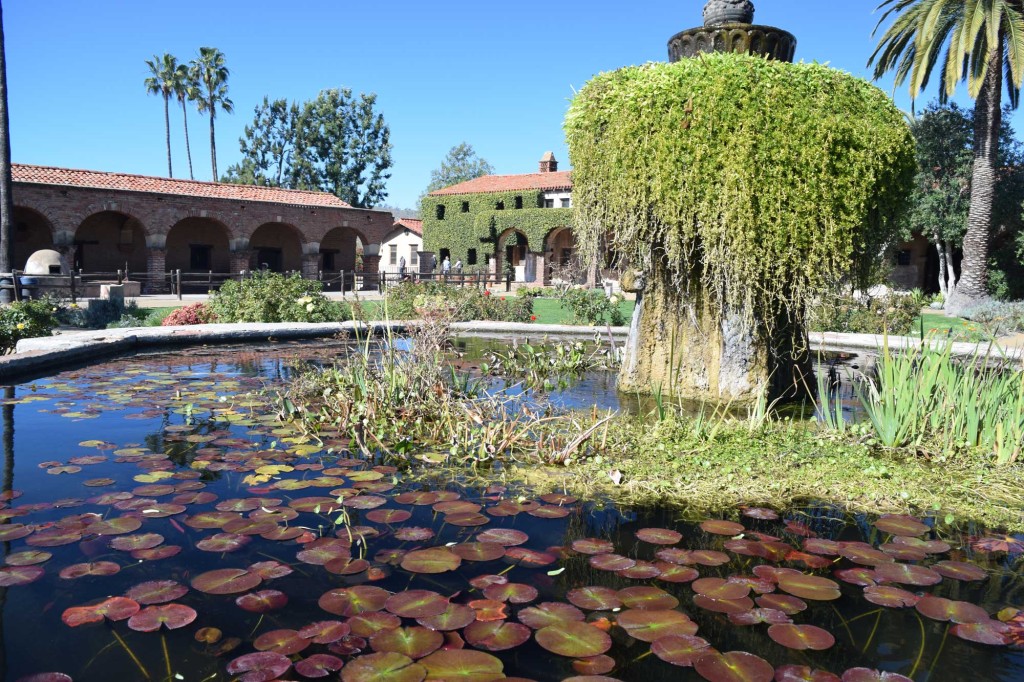 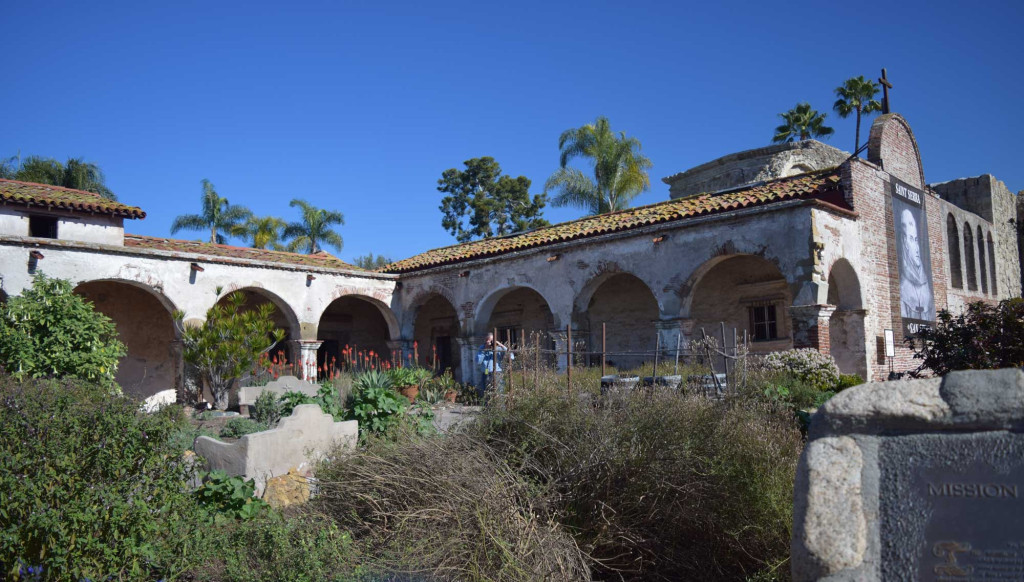 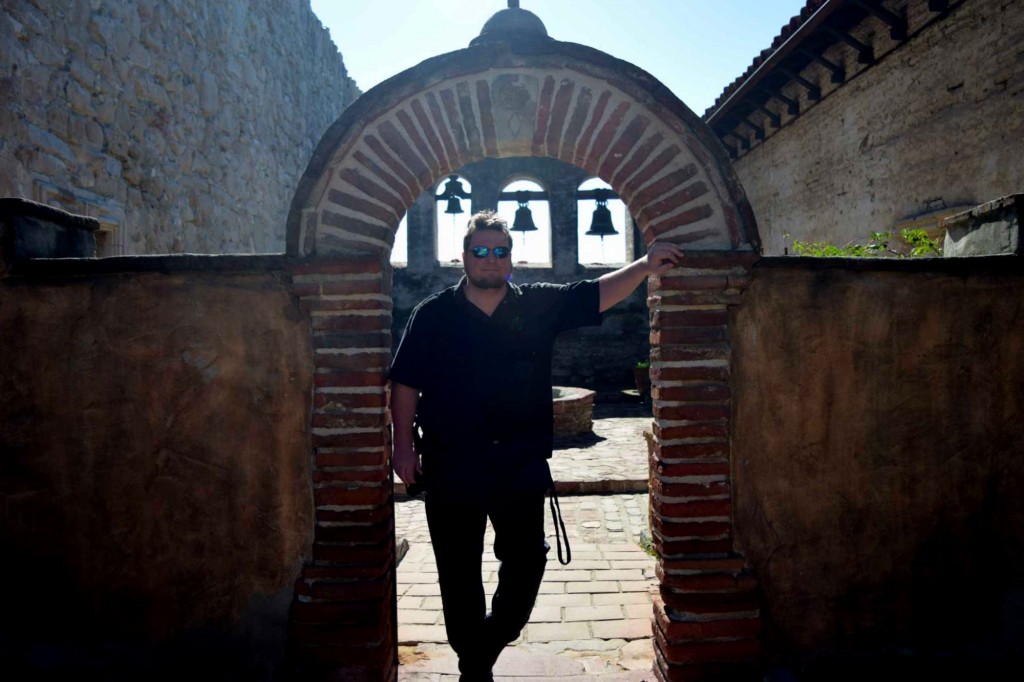 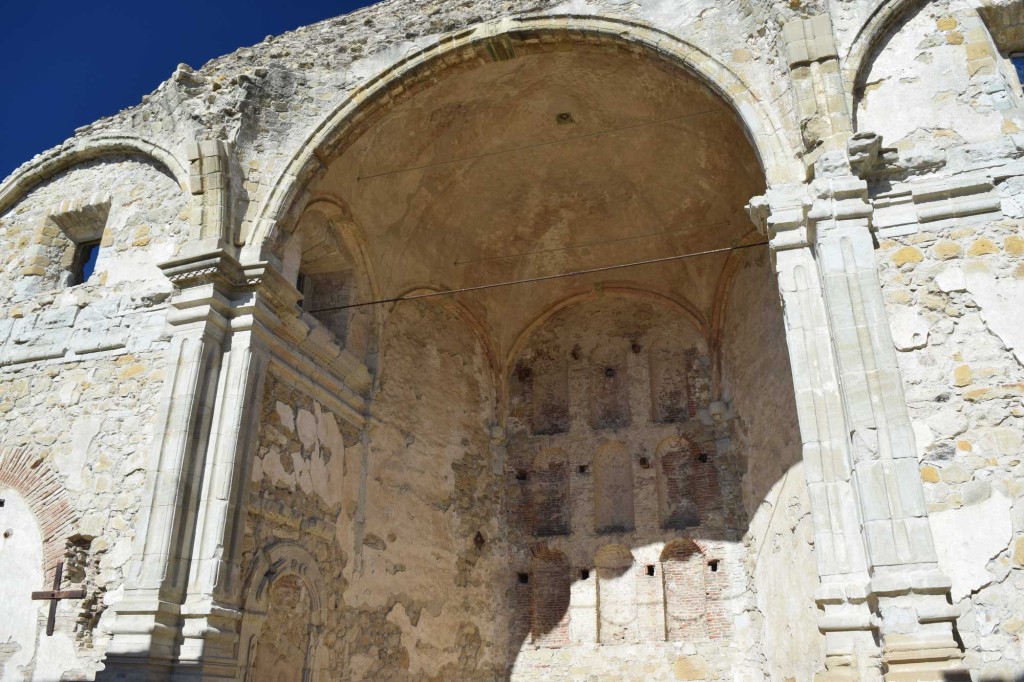 Arch of the Stone Church 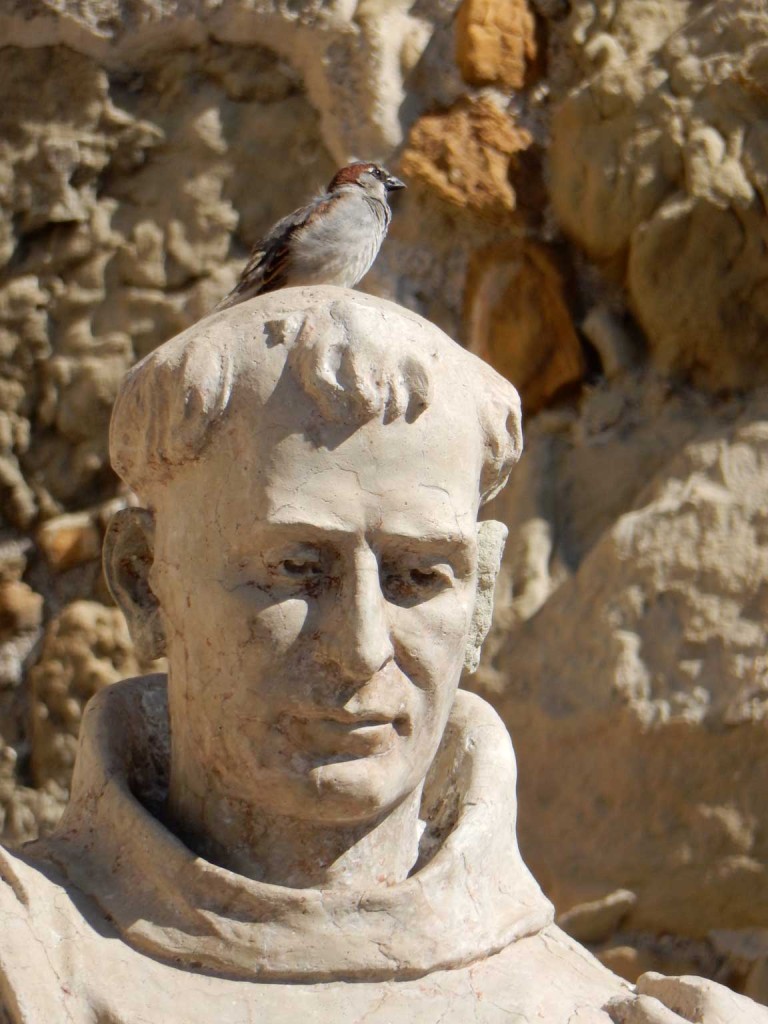 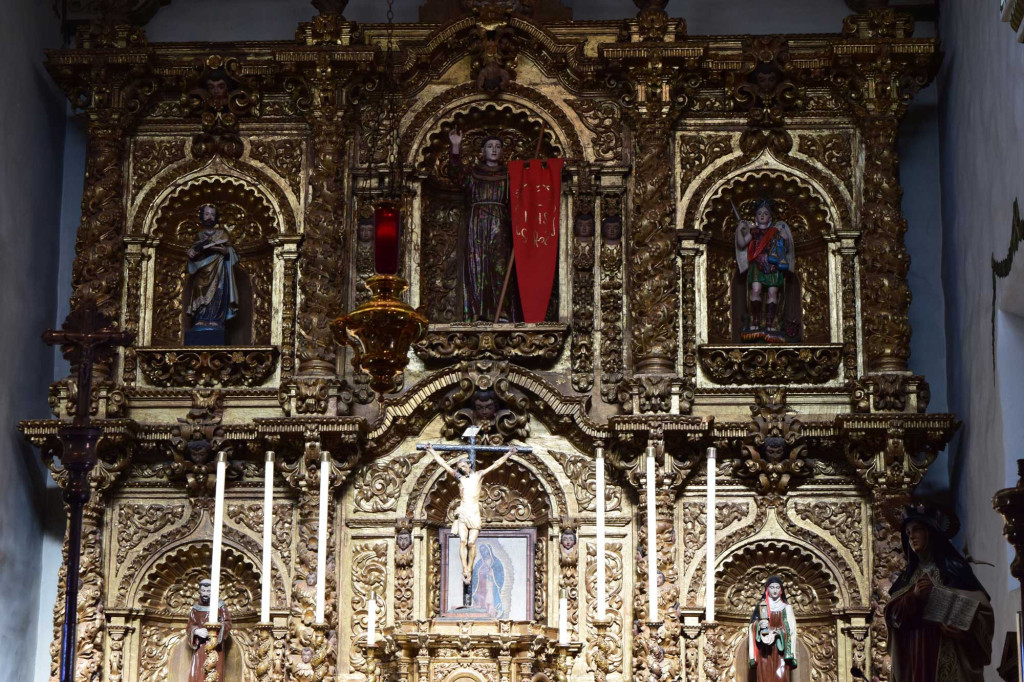 The Altar of the Serra Chapel 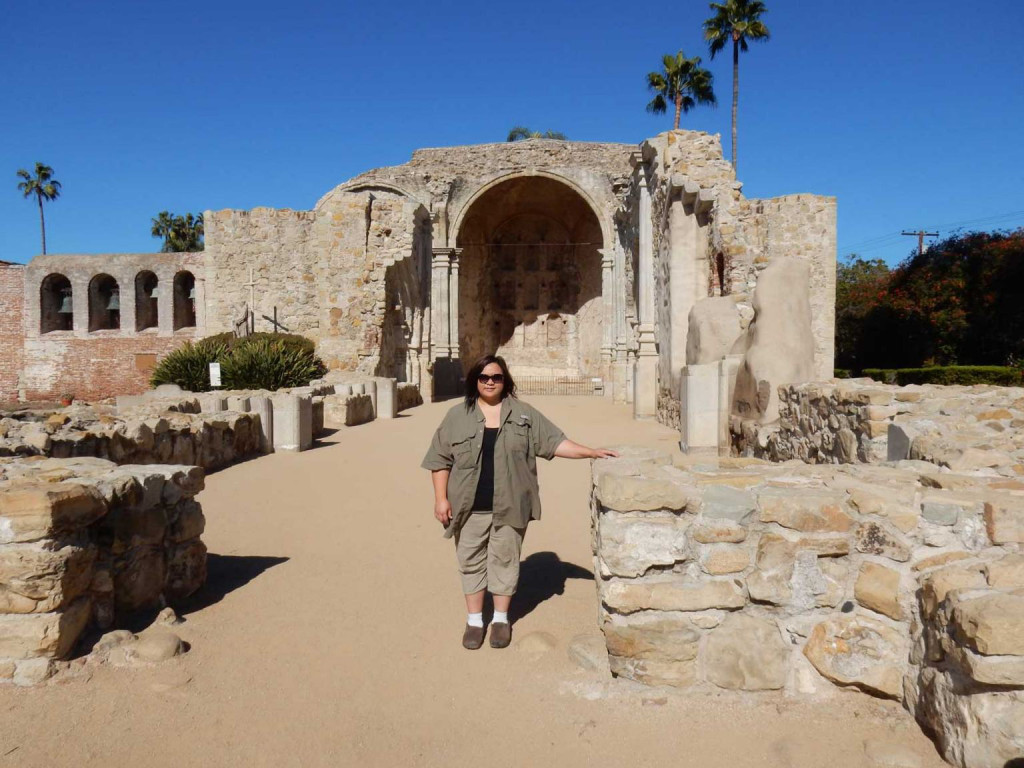 The “Jewel of Capistrano”