How We Made the Decision to Be Full Time Airstream Travelers 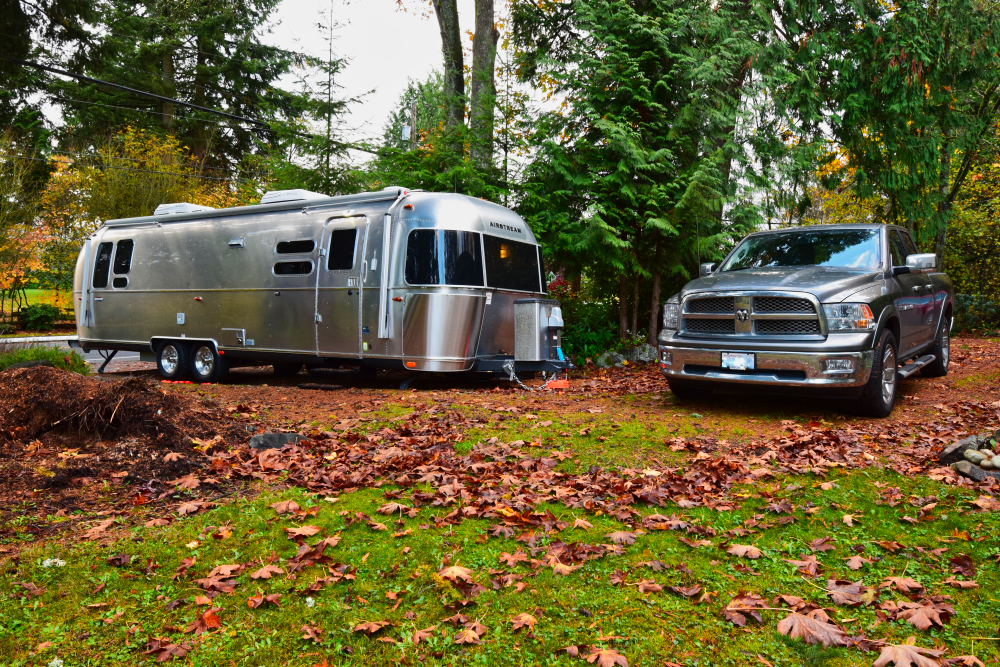 Trail (Anne) really likes traveling and for quite some time her appetite has outstripped my financial wherewithal and available time off. Both of us have somewhat expensive tastes and a love of luxury so travel tends not to be a cheap affair for us and we both like to take our time when in parts unknown.

Trail would spend a good deal of time creating dream vacations, figuring out places to go, tours to take, things to see. While it all sounded fun to me, I don’t like to get too attached to an idea that isn’t practical, for me, if I set my mind on a thing I do my best to obtain it. If I don’t think I can or should attain it, I don’t want to dwell on it until I can.

Still, it had occurred to me that it wasn’t so much we could not afford vacations, it was that we couldn’t afford vacations and our somewhat luxurious home life at the same time. Nix the expensive house, various services, toys, fine dining and so forth and travel is pretty affordable. In theory, at least the kind of work I do can be done from anywhere so a life of travel on my income should be possible and I shared the idea with Trail some time ago. Still, it was more a “what if” kind of thought but I told her if she ever really wanted to try it to let me know. Ultimately at the time, we were just too comfortable to want to reach for it.

Fast forward a few years and I’ve been laid off from a Job I liked pretty well but had fallen into something of a rut with. As I sometimes do I was chafing against those making decisions above me and felt disconnected and uninvited apart from those I managed directly. More than that I felt I was losing my mojo. Either my creative spark had dimed or I just didn’t have the motivation to keep it burning brightly as it once did. There was some desire to break out, but my love of comfort and lack of need were a kind of gentle bond keeping me in stasis.

I actually like looking for work in some respects. I enjoy interviewing and there is excitement in knowing each opportunity can lead to a whole new world of people and possibilities. One question I was asked fairly often was “Where do you see your career 5 years from now?” While I’m adept at giving answers to such questions I none the less had the internal though each time, “Not working for someone else but for myself.” As my severance ran out and the financial doom clock began ticking down on my savings comfort dwindled and need grew.

As I wrangled with my feelings on the matter and Trail was doing her best to be brave under the circumstances. One night while she was looking at trips abroad I told her again if she was serious about the idea of going nomad to let me know because this might just be the right time for it. Her eyes lit up and she said: “Really are you serious?” “Of course,” I said, and for the next two weeks we both started thinking long and hard and doing research on the prospect.

A cursory look at my finances said it was possible. We could clear out all our debt, buy a very nice Trailer free and clear as well as all the gear we would need and have up to a year’s living expenses. I could use the time of low monthly expenses to start a business that could be run from anywhere and could eventually allow us to live in a place like Hawaii where good paying jobs are scarce. The whole idea felt so tantalizing, and yet, on paper, it made pretty good sense. It was dramatic and risky, but well within reach.

At the time I had two job prospects still in process that seemed both a good match for me and offered an opportunity for growth. One as a developer at a place doing some radical and interesting work, the other as a manager at a prestigious company under someone who could be a great mentor for me in leadership. I’d done full day interviews with both which had seemed to go very well. Each could grow my career significantly and both offered challenges I was excited to pursue. But against the idea of roaming America and making my own mark in the world on my terms… they sounded somehow… disappointing.

As is often the case Trail was on board with whatever my decision would be so I had to make a final call and I felt this was the time I had to make it. We’d been seriously thinking about this for perhaps 10 days at most. I had read a lot, bounced the idea off some trusted counsel, and run some rough numbers but it was still a monumental decision based on a lot of guesswork. I know what my heart was saying but I have to get my head on board or I won’t go. I was a little worried it was fear driving this decision and I know that fear is generally a terrible reason for nearly any decision.

Even after I knew what I would decide, I had to work up some courage to say it, to put it out into the world through words and to bring Trail along on the Adventure. I started the sentence a few times, agonized a bit and then finally said it. “Let’s do this.” But that wasn’t enough. I needed to truly commit so I decided to take an oath with Trail.

“From this moment forth I dedicate myself to a life of adventure! We will travel America and make a new life on the road.”

And so it began!