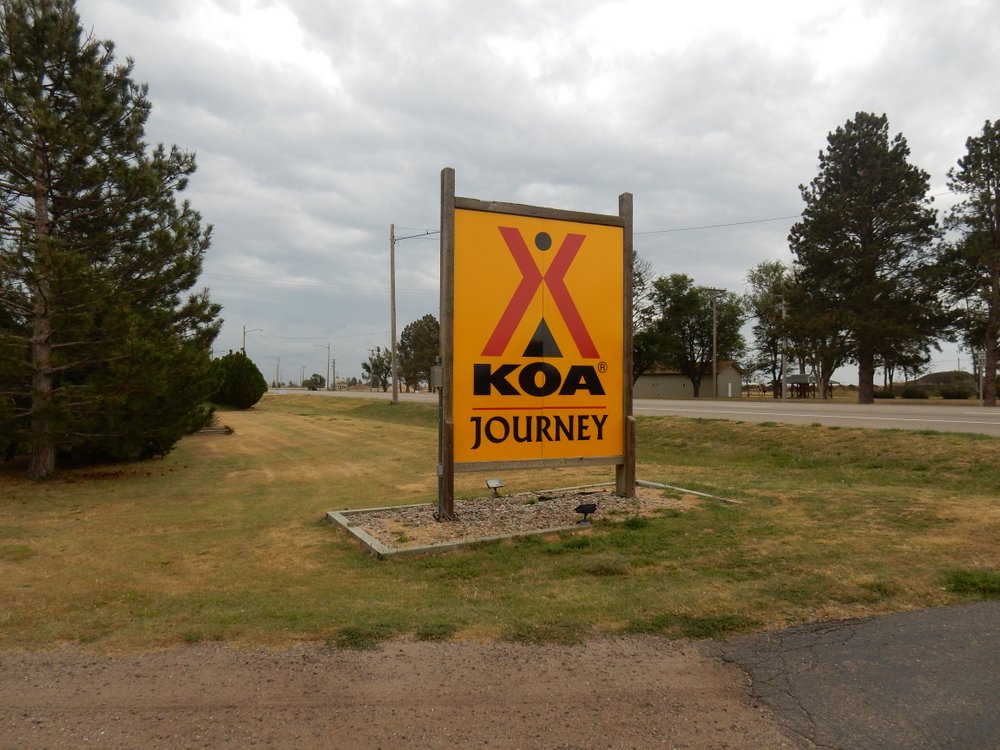 I have a love-hate relationship with KOA. Some KOA parks go above and beyond expectation, while others deeply disappoint, but nearly all of them make you overpay. Goodland KOA is the exception: reasonable price for the basics.

When I first called Goodland KOA, the manager told me that all they had left was a back-in site. Since our options were slim, I took it. But a few hours later, the manager called me back and gave us the pull-thru site. Typically, with KOA you’re stuck with what you get, but they surprised me by remembering that I wanted a pull-through site. Thanks Goodland!

As we pulled our Airstream up to check in, we immediately noticed that this was a small KOA. Of the full-hookup sites, they had 10 pull-thru 30/50 AMP sites, eleven 30 AMP ones, and 14 30 AMP back-ins. When we arrived the manager had stepped out so we weren’t sure where to park.  Fortunately, due to the small size of the park, we found our spot easily by walking around and discovering a not had been left on the site to mark it out for us.

When we had time to explore, we saw that the main office had been recently refurbished. Bathrooms like many other KOA bathrooms were stuck in the 1970s but thankfully clean. At this point, I’m beginning to think that refurbishing bathrooms up to modern standards are among the lowest priority for most KOAs. One interesting thing we did notice is that this Goodland KOA had turned many of their tree stumps into carved sculptures. I’m all for this kind of art, especially since its probably cheaper than removing the stump altogether — why not turn it into something arty.

Overall, I would recommend Goodland KOA, mostly for the fact that it’s cheaper than most KOA campgrounds out there yet maintains the expectations of a KOA brand RV Park.