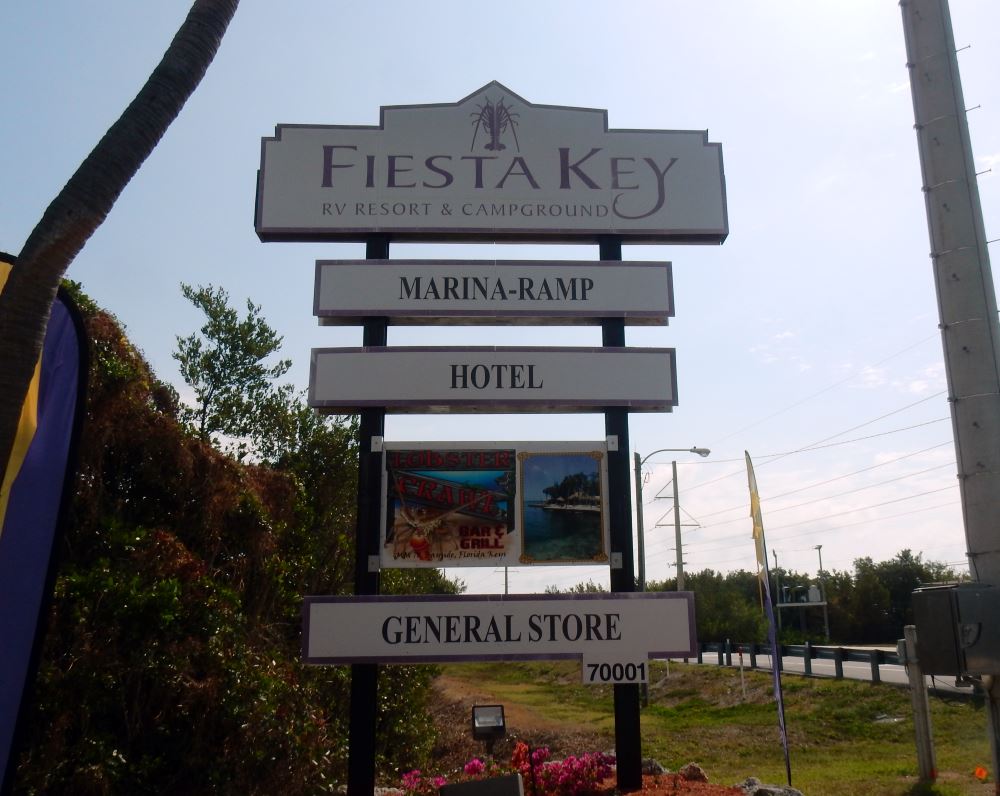 Fiesta RV Resort is not only located on Fiesta Key, it takes up the entirety of Fiesta Key. Not shockingly, the views are lovely but the price is among the highest of any RV park you are likely to find. 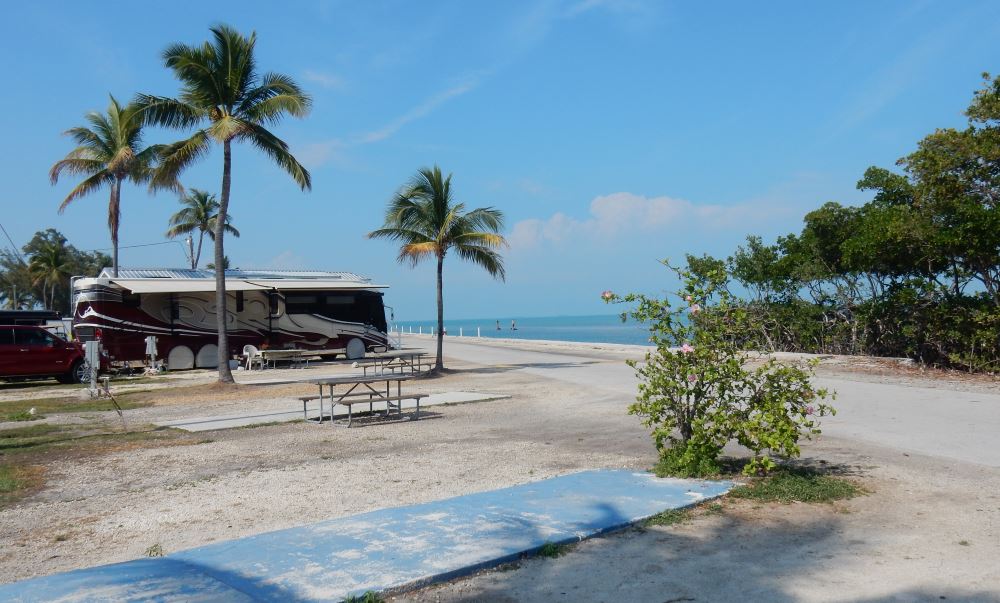 This was the view from our pad at Fiesta. The Florida Keys are as pretty. The Fiesta Key park, a bit less so.

The Florida Keys cater to people that want to get drunk and play in the water. We fall into the latter category but there is plenty here to cater to both. Fiesta key lives up to its name and the atmosphere is more “beach shack party” than “tropical resort.” A lot of the infrastructure is somewhat worn down and in need of some TLC but it has amenities and features that are very compelling and convenient.

The west side of the resort is where most of the action is. There is a huge elevated pool overlooking the ocean as well as a restaurant and bar. You can go swimming in the ocean, bring your boat, or rent paddleboards and the like. The shoreline is mostly rocky rather than sandy beaches but it is not hard to get in and out of the water. The water is full of life so it makes for great snorkeling and exploration as well as for good fishing. Some of the deluxe cabins here are right on the northern sea wall so you can step off your front porch and go fishing.

We were warned that we’d be packed in like sardines at RV parks in the Keys, but I can say that is not the case here. Our pull through had ample room on either side. While not especially roomy, the space available is about average for a smaller park. There are cabins, rental RVS, and tent camping spots here as well. Unlike many parks we visit, the tent camping was popular here with lots of younger campers here to party and socialize. The overall atmosphere is very different from a typical RV resort which tends to have an older and quieter population. 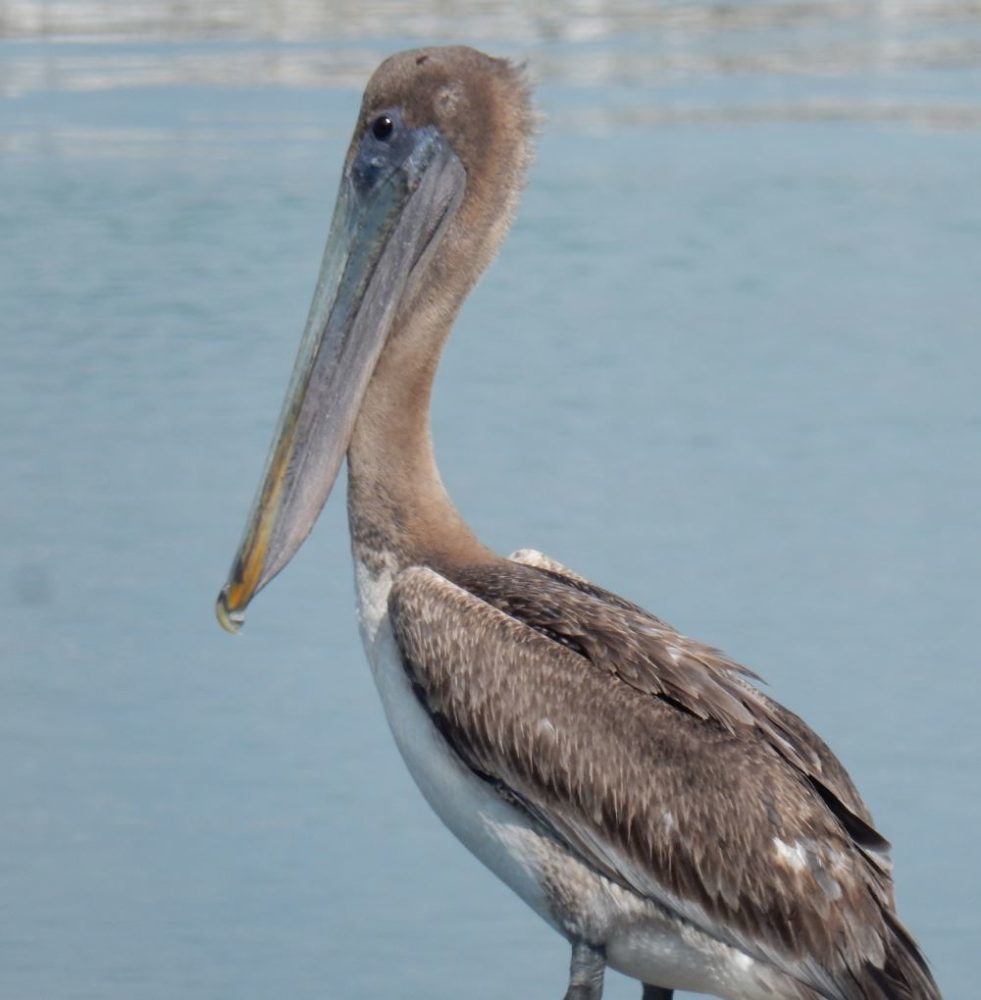 I’ve become quite a fan of Pelicans. You get a lot of opportunities to see them up close in the Keys. This guy was at the boat docks on Fiesta Key.

Our first experience at the park spoke to poor management. As we arrived the gate attendant was overwhelmed with visitors without any organized help. Shortly thereafter we went to the restaurant where we found they were also understaffed. As we arrived others were leaving complaining loudly about the service. Sure enough, we had a long wait including people who took our order and promptly forgot about it. We were happy to just hang out until they sorted things out but it was clear they too were overwhelmed. All around the park things were in some state of disrepair or disorder. Not so much that it got in our way, but obviously there was a lack of direction and oversight here as well as too few employees to take care of the guests and the park.

Another disappointment is that the wireless was strictly pay-to-use with no assurance you could get a good signal at your site. There is free wireless at select locations such as the restaurant and rec hall though only the rec hall has power outlets available. The recreation hall is the newest building and has the nicest restrooms. The newer seaside cabins are also very nice. The rest of the park feels run down and poorly maintained. The unisex bathroom was downright frightening. All the bathrooms had check-off lists that never got checked while we were there. Even the rec hall, which looked very new, showed signs of neglect. Whomever is managing this park is not paying much attention to the fascilities. 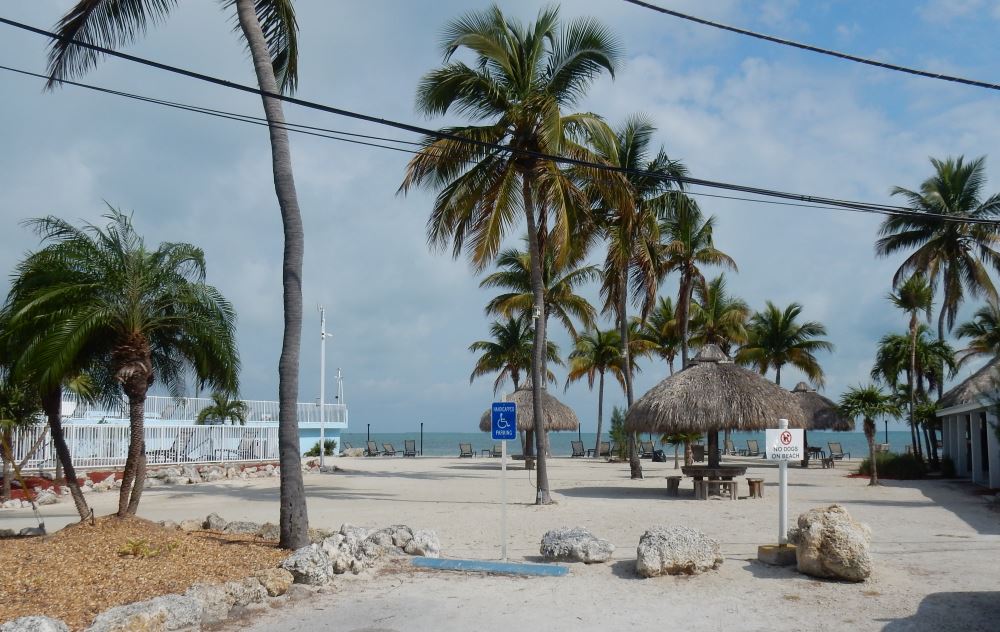 For swimming, you can take your pick of the freshwater pool or a dip in the salty ocean. This was taken before the evening’s revelers arrived.

Ultimately, Fiesta RV is about its location more than the park itself. There is a lot of value in being able to see stingrays and manatees 50′ from where you are parked and you will pay for the privilege. No park in the keys is cheap. Fiesta Key could, however, use some real improvement so I won’t recommend it if you are visiting the Keys for that reason. Chances are, one of the others may be a better run while enjoying the same seaside attractions. In short, it’s not bad, but you can probably do better.

This is another strike for us against the Thousand Trails park network. So far, all of the parks we have stayed at have been expensive and flawed in some fashion when compared to out of network parks at a similar price point. 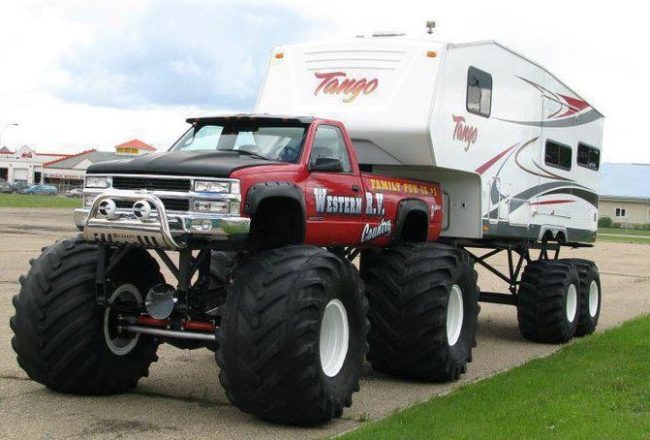 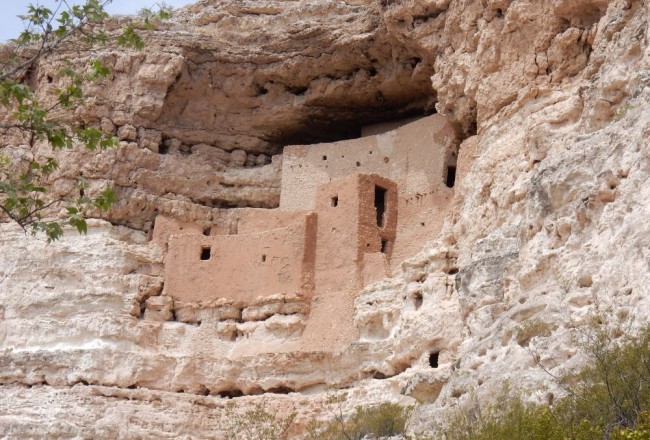 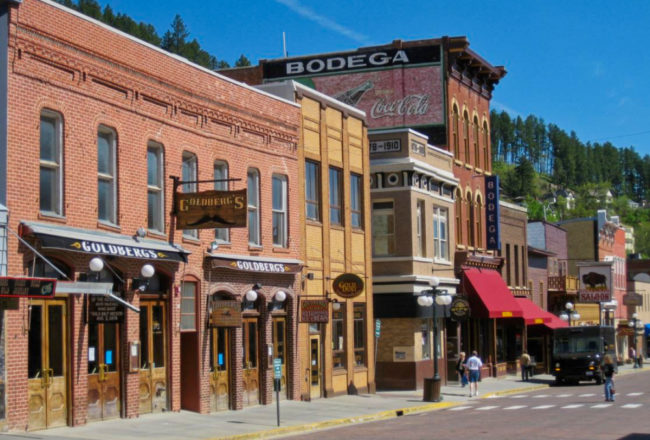