2016 has been a bummer year for many we know, but for us, it was an amazing span of time. We spent an entire calendar year on the road. Last winter we hunkered down in southern California and from there we zig-zagged across the American west to our current winter grounds in east Texas. It has been a year of amazing sights, experiences, and personal exploration. 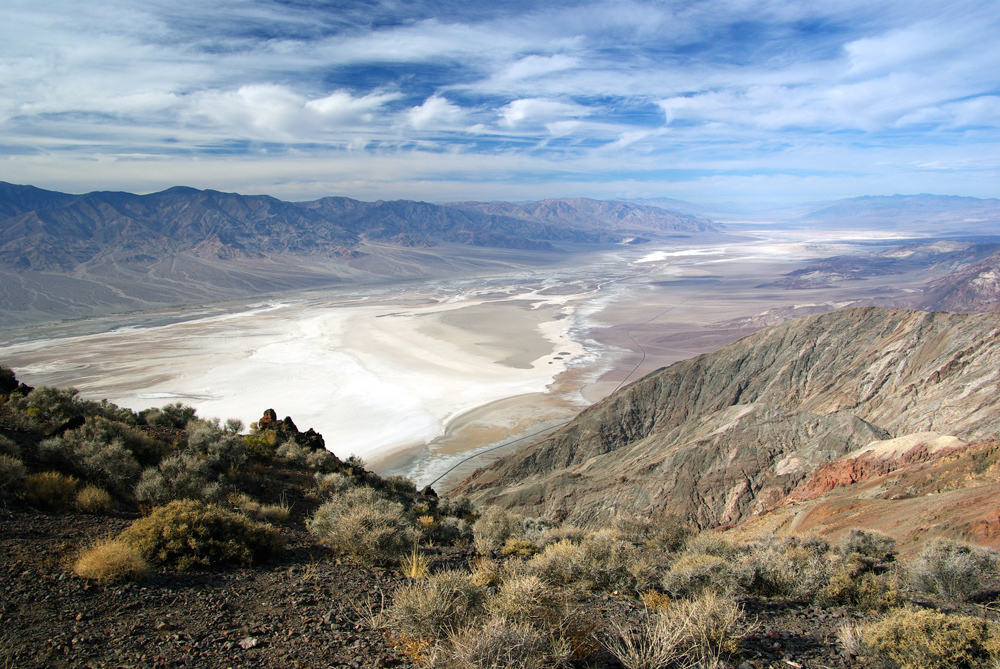 Parks are a big focus of where we choose to go in our travels. Nearly every one of them is fantastic in its own way but few were as fantastic in as many ways as Death Valley. The variety of dramatic experiences is impressive. We came during a rare “super bloom” when the harsh desert was bursting with wildflowers, but that was just the beginning. We wandered vast salt flats, we went to the lowest point in north America, we drove through canyons, we wandered among fantastically colored stone formations, we explored blocks of crystallized salt, we say desert pupfish, we explored rolling sand dunes, we climbed high cliffs, we drove through sandstone washes, and more. Everywhere you went there were totally new and utterly different landscapes. My only tip, don’t go in the summer. Early spring was absolutely perfect for exploring. 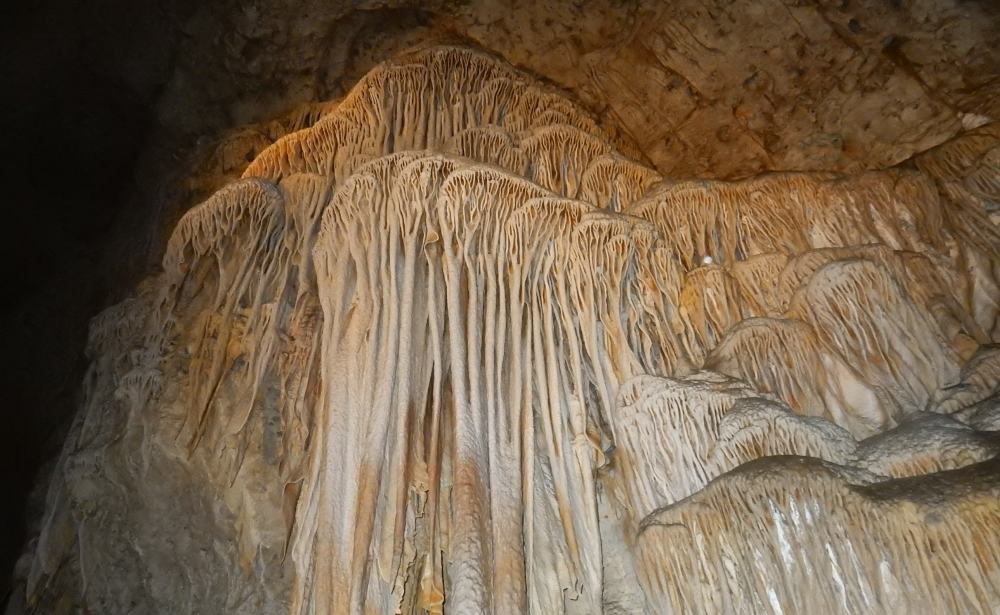 We have been to a few caves now but Carlsbad Cavern is just shy of unbelievable. The scale of it is mind-boggling, the shapes of it are unearthly wondrous, and as a whole experience, it is transformative. Walking down into those caves was the closest to going “through the looking glass” I’ve yet to experience in my life. Wow, Wow, Wow is what kept going through my mind as each exploration revealed new visual wonders. The images and the feeling of being there will forever be burned into my mind by the wonder I felt while exploring it. 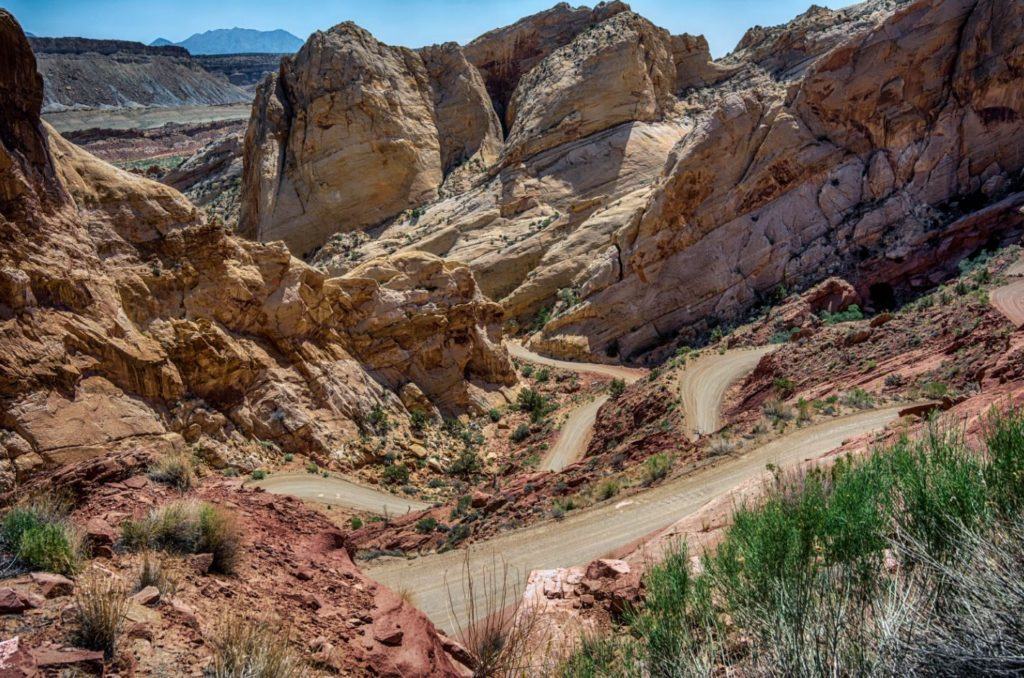 I’ve never liked driving that much, that is until we set out to travel the country. For most of my life, driving meant grinding through traffic in crowded cities or suburbs. Now it means winding through epic canyons and stunning landscapes, often without another soul in sight. I like driving now, at least, most of the time. Of the many breathtaking drives we have done, Burr Trail was the coolest. Not only does it have a bit where you drive through a canyon, not only does it have amazing rock formations, but it also has one of the coolest mountain switchbacks roads ever. 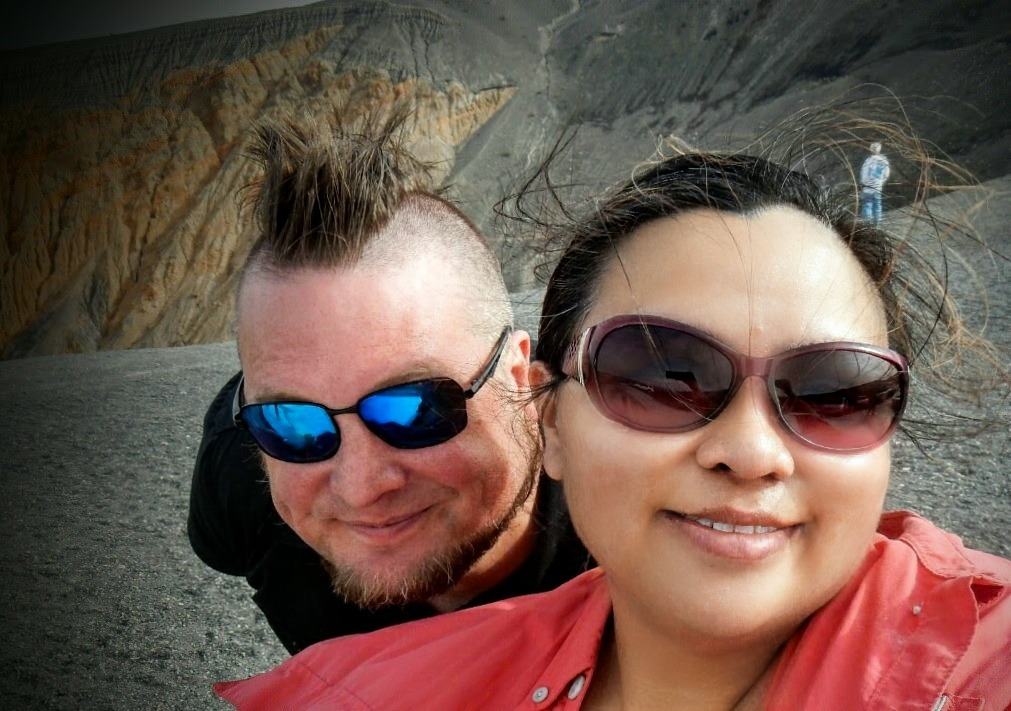 I wrote about a moment near the Salton sea where I was overwhelmed with a sense of gratitude to my wife, and to the ability to be where we were, doing what we were doing. It is still the most overwhelming sensation of this adventure. I feel so astoundingly lucky to be doing this and having these experiences.

Favorite Blog Post: Picking a Tow Vehicle for your Airstream 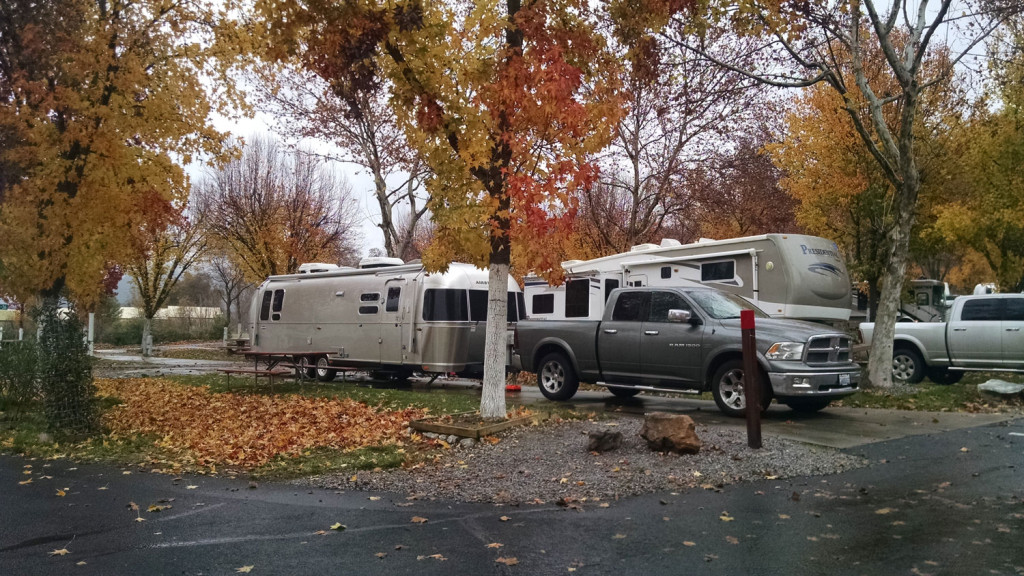 This post get’s more traffic than the rest of our site combined. It gets more traffic every day than most of our articles have gotten in a year. Apparently, it’s something many people wanted to know about, and not many people were talking about. I am very gratified that folks have found it helpful and informative. There were many more personal posts, and some that took a lot more work, but this one made me feel successful so it’s my favorite for the year. 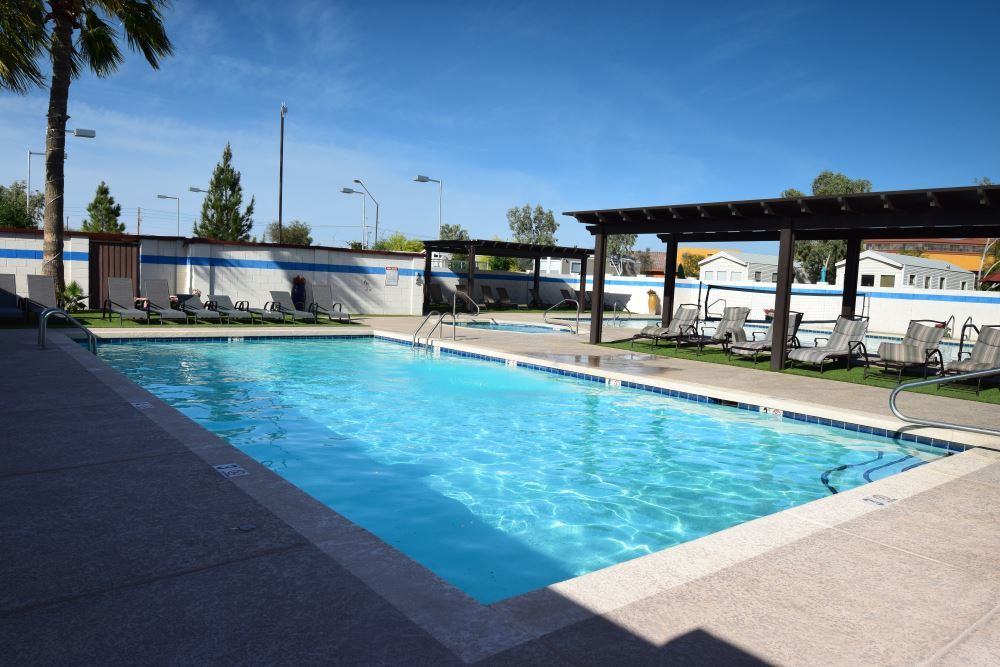 Not everything was perfect about Casa Grande but their awesome pool made up for any and all shortcomings. We spent just about every other day swimming while we stayed there and it was a blast. It also had a nice community of residents and a lot of other excellent facilities at a very reasonable price. If I could pick any park to be stuck at for a good long time, it would be Casa Grande.

For some reason, this little space exploration and trading game captured the largest share of my gaming time in 2016. It is a simple game, and not even officially finished but it captured my imagination and appealed to my love of fiddling around with character building and design. Long after I’d finished the story line I was collecting and tinkering with spaceships; designing them and then testing those designs. It is far from flawless but it is 100% free, just a labor of love by its creator and his collaborators. 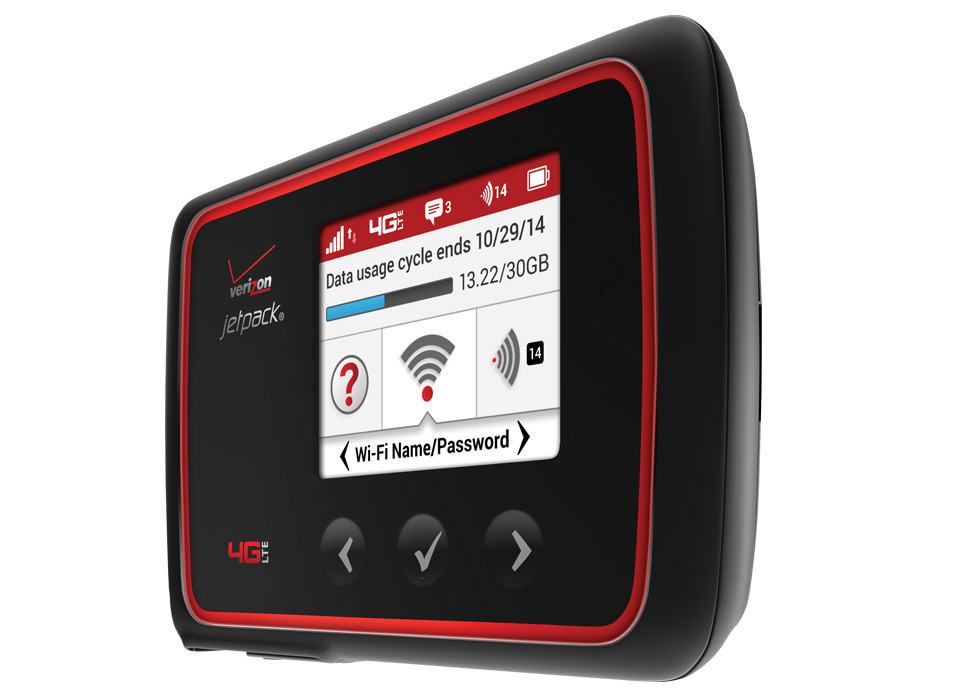 Internet on the road is a royal pain when you are used to lovely cable modem land lines in a cyber-city like Seattle. We really struggled with internet for a while, sometimes sitting in parking lots late at night to get a good signal to upload blog articles and the like. Then we discovered the shadowy world of grandfathered Verizon unlimited data plans. They are not cheap, but you can get unlimited high-speed internet nearly everywhere. Also, you have to buy a separate JetPack device without a sim card for it to work. That is, until such time as Verizon manages to figure out how to shut the all down, something they have been pursuing as of late. It won’t last forever but I’ll savor it while it does. 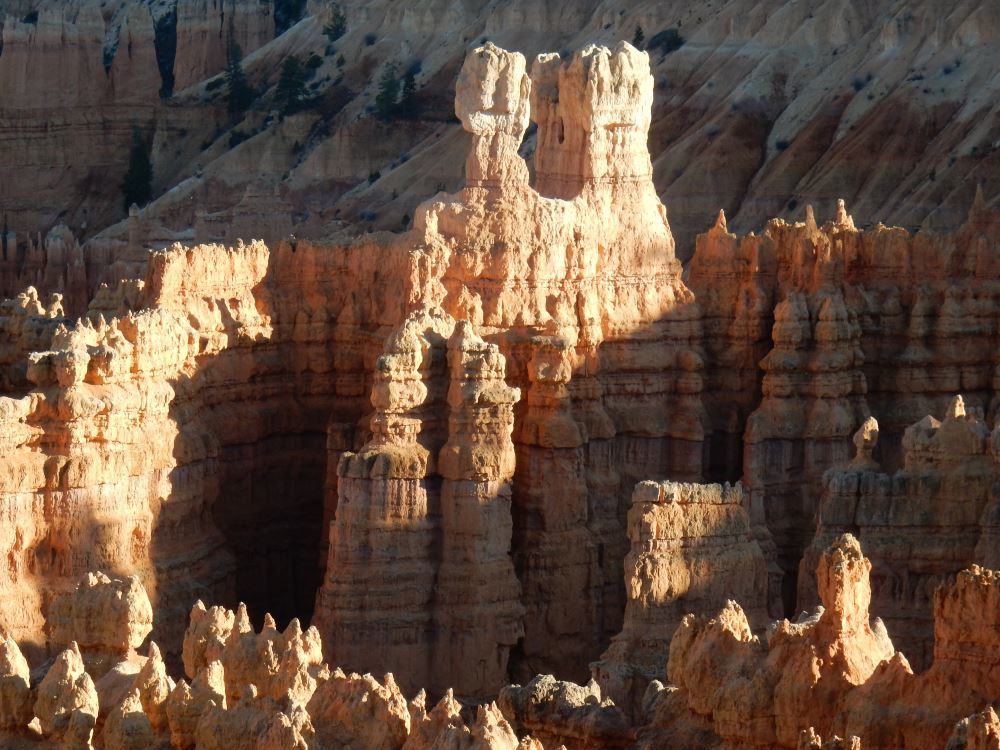 We saw amazing things in every state we visited this year, and I can say with certainty that every state in the American west is drop dead gorgeous if you take the time to explore it. Oregan and California weren’t in the running since we visited them in 2015 and we had to cut them a bit short due to bad weather. Utah takes the crown for 2016 due to the sheer number of awe-inspiring sights it has to offer. Anne even got a book, Photographing the Southwest Vol.1: Southern Utah, to help guide us to beautiful locations. Everywhere we went the landscape was dramatic and beautiful. If you grab a topographical map of the state you can see why, it’s a geological madhouse of mountains, salt flats, and all manner of elevation extremes. It was easy to see why the Mormon settlers who arrived there and the native peoples long before them found it to be a land of spiritual awe and wonder, a truly holy place. 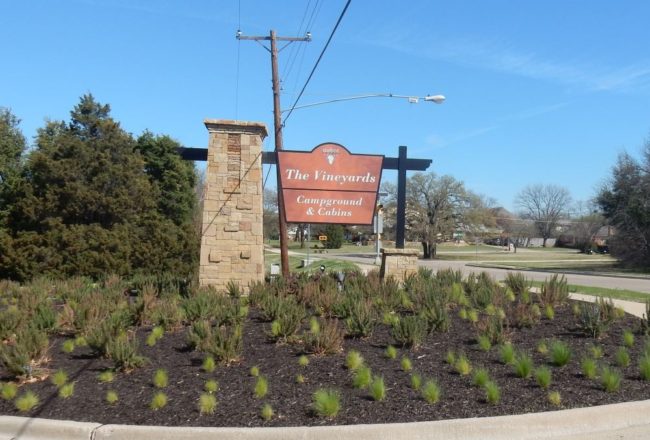 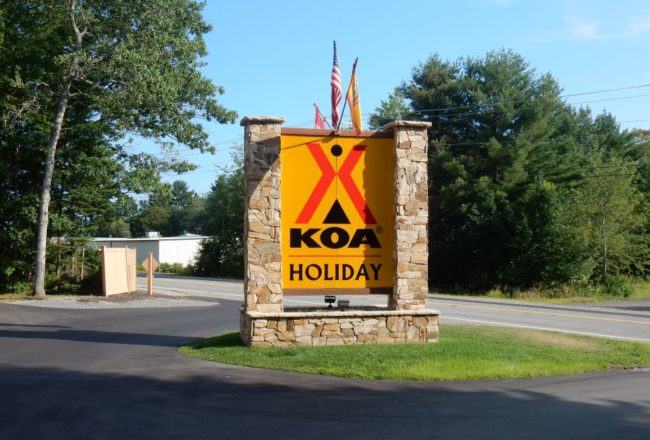 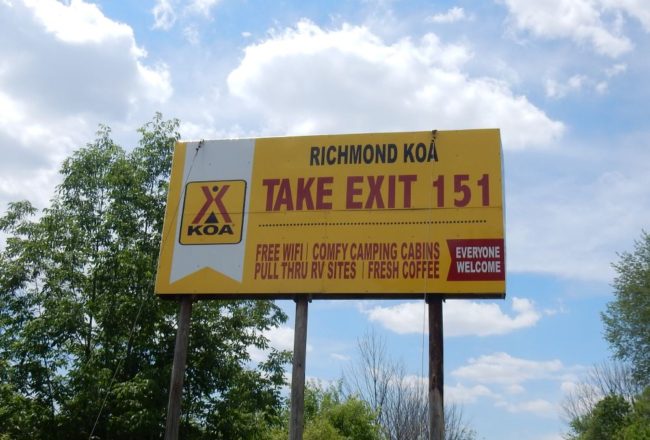