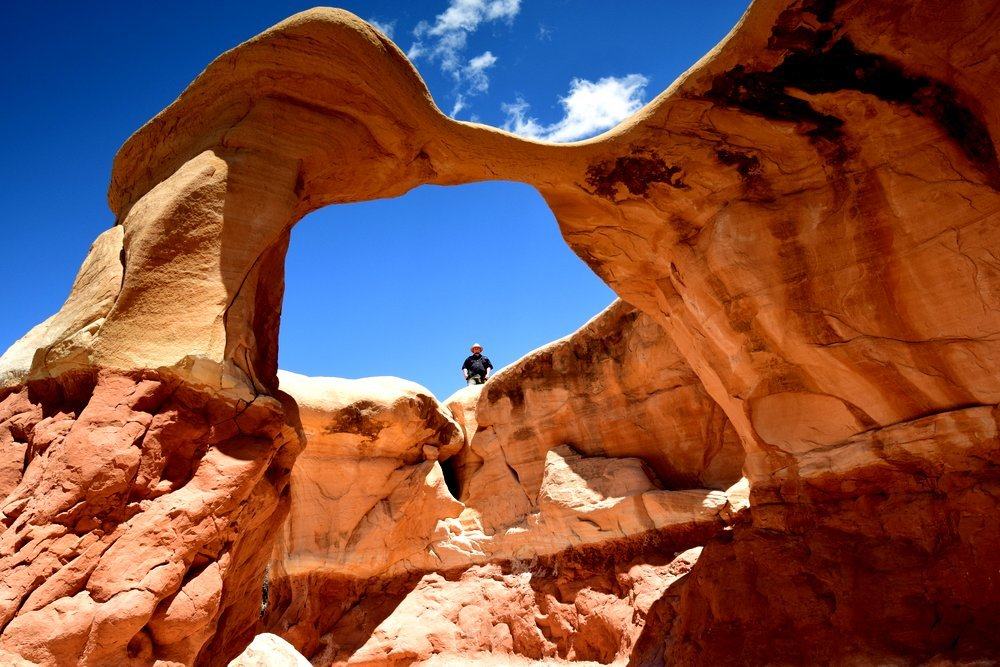 Apparently, there are quite a few places in the world called “Devil’s Garden” and the one we explored on this occasion was found in the middle of Grand Staircase-Escalante National Monument, just off of Hole-in-the-Rock Road. Many wonders can be accessed from this simple country dirt road, but we only had time to visit this one.

Hole-in-the-Rock Road, also called BLM-200, starts near the township of Escalante on Utah Scenic Byway 12. Hole-in-the-Rock runs for about 55 miles before dead-ending at Lake Powell.

Established by Mormon trailblazers in 1879, the trail crossed the Colorado River and ended in the town of Bluff. The trail was named for the place where the San Juan Mission of Mormon pioneers constructed a descent to the Colorado River. The party of pioneers enlarged a natural crevice on the 1,000 feet cliff above the Colorado River so that they could lower the wagons down to river level, where it could be forded. The portion of the trail below the Hole-In-The-Rock is now flooded by Lake Powel.

The scenery along the Hole-in-the-Rock Road is not interesting, but it is the main route to reach many of the wondrous geological treasures found in eastern Grand Staircase-Escalante. 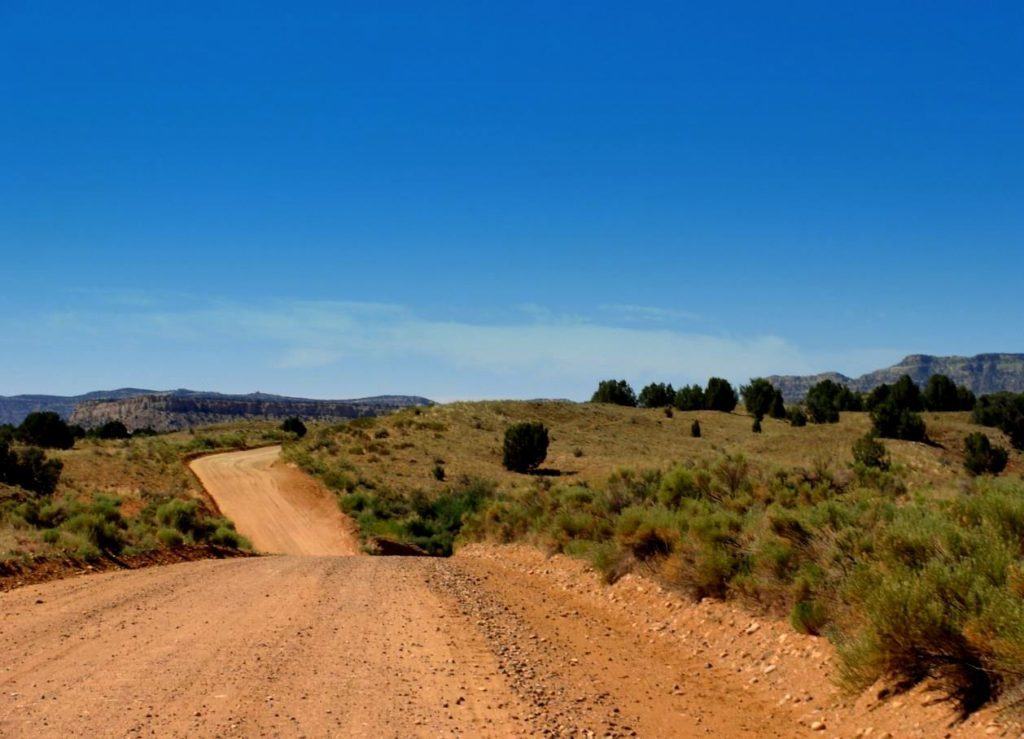 Hole-In-The-Rock Road. Long and kinda dull, but pick a side road and it could lead you to adventure!

Not to be confused with the one found in Arches National Park, Grand Staircase-Escalante’s Devil’s Garden is a small but marvelous gem of a site. Filled with petrified dunes, sandy natural arches, vermillion abstract shapes, and earthy painted hoodoos. There are even some nice firepits and picnic tables to take a mid-day repast upon. 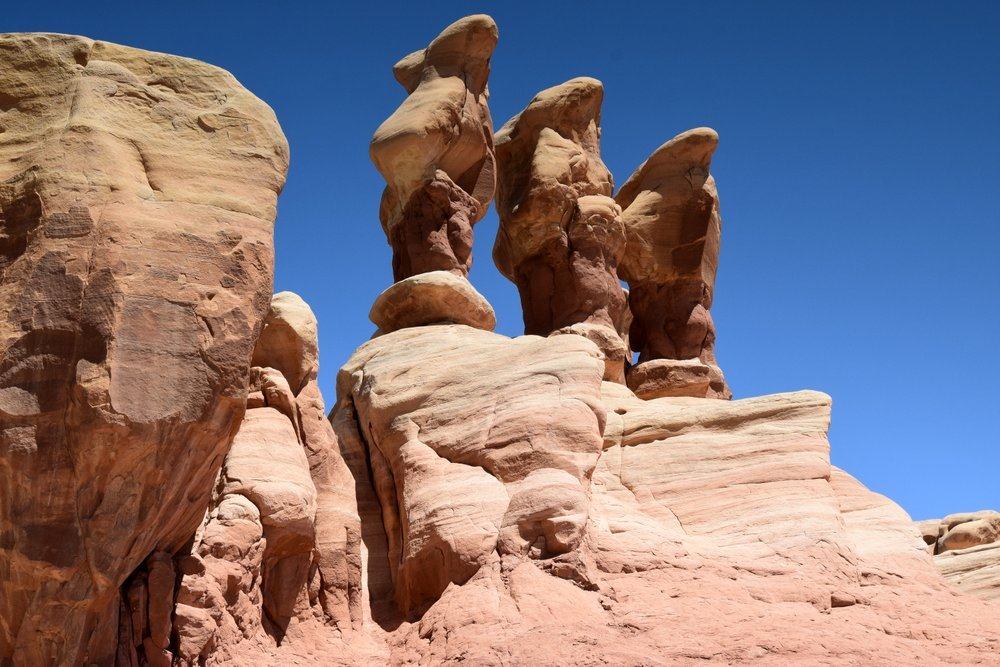 There are no maintained trails within this area, but there are social trails pounded out by previous hikers. So I pick a wide circular path around the site and slowly work my way back into the garden proper. Since it is a National Monument, the restrictions are different than what is found in a National Park, but out of respect to nature, I stick to trekking on washes and slick rock as to not disturb the delicate cryptobiotic soil or biological crust. More importantly, never walk on or over natural arches, so sayeth the BLM keepers. 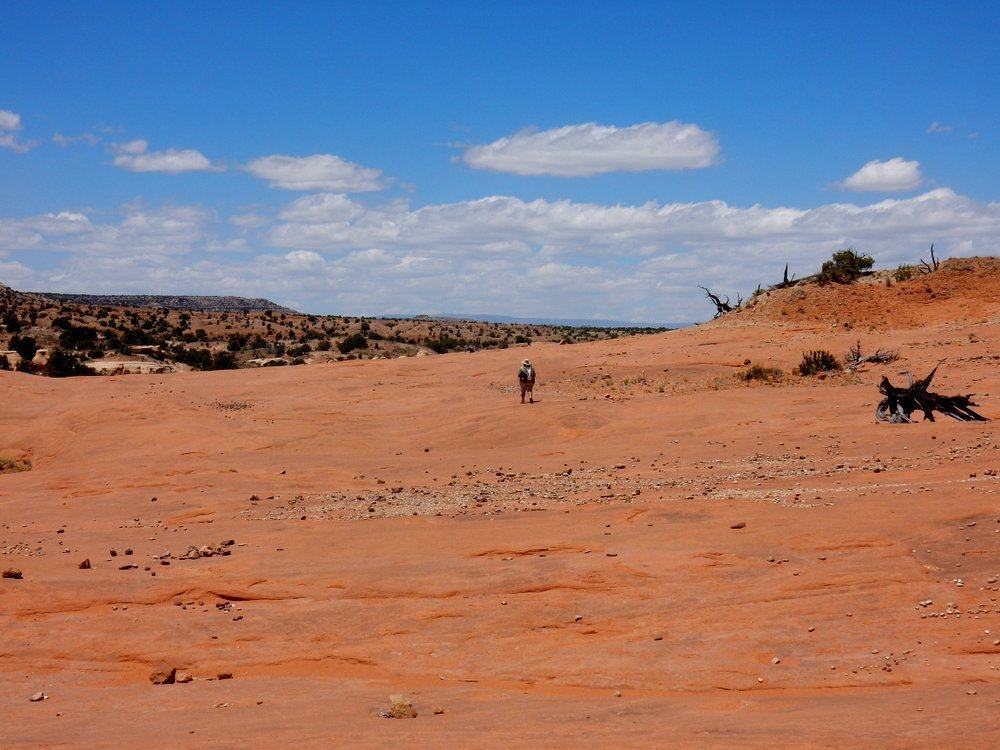 The formations are composed of various sandstone layers laid down in the Jurassic period and were then slowly exposed by the eroding forces of wind and water. Many but not all of the formations have a caprock layers, which is very resistant to weathering and erosion. Some hoodoos look like they were cracked or sundered in some way. I imagine that it must be due to the extreme temperature fluctuations found in the desert. And in other areas the formations look as if they were sandblasted. 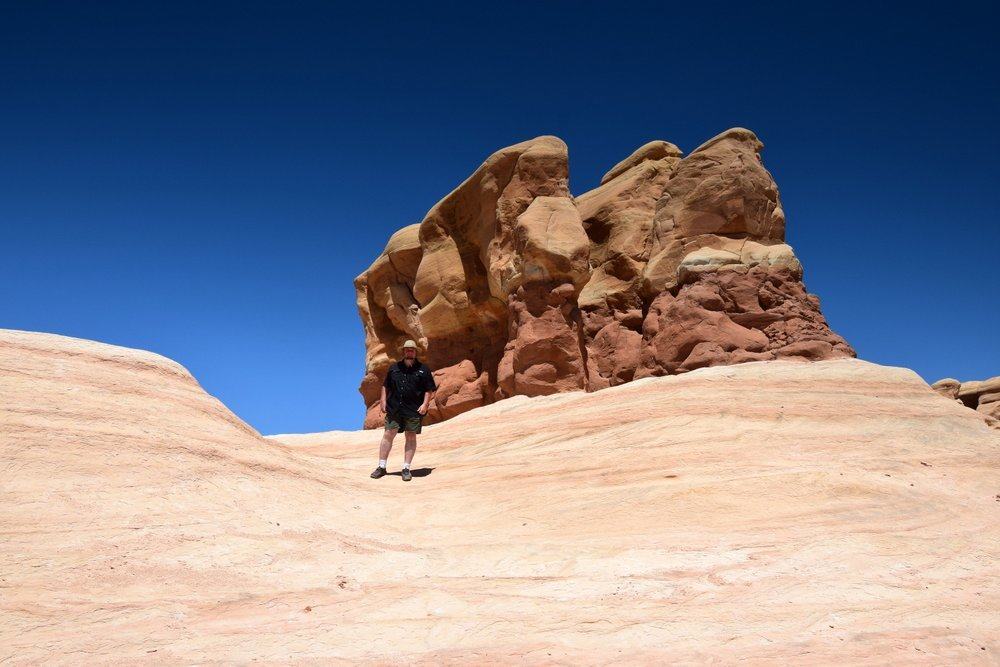 Hitch On Slickrock near some Hoodoos

Metate Arch is a must see feature within the garden. It is a slender caprock natural arch at the center of the garden. Nearby is Mano Arch, who’s formation seems more recent. Nearby, there are giant boulders that could fit like jigsaw puzzles beneath the arch.

If I were to return to the Devil’s Garden again, it would be during the golden light of sunset, against a blank sky to see their abstract figures enhanced against as light and shadow play across their strange and wondrous forms.

Overall a superb location for explorers of all ages to discover. 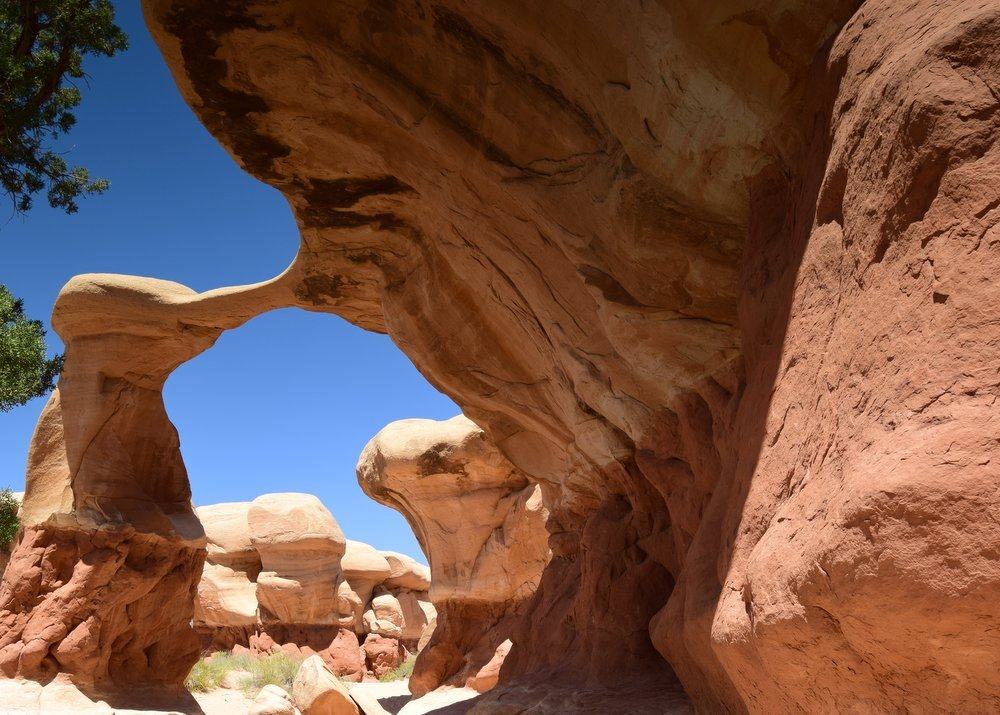 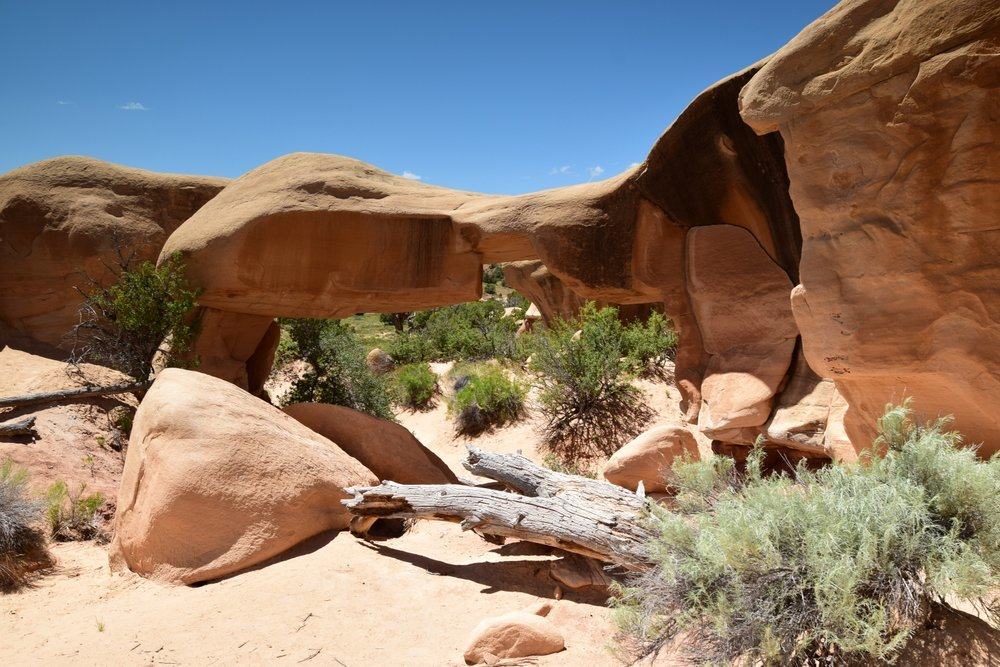 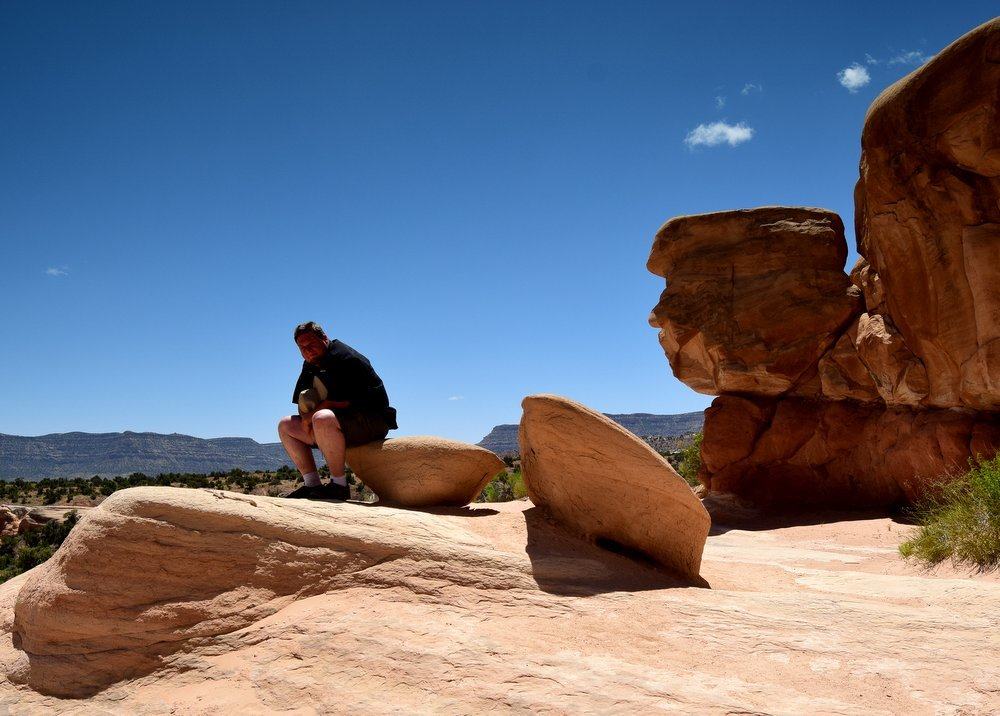 Hitch in Contemplation on the Throne 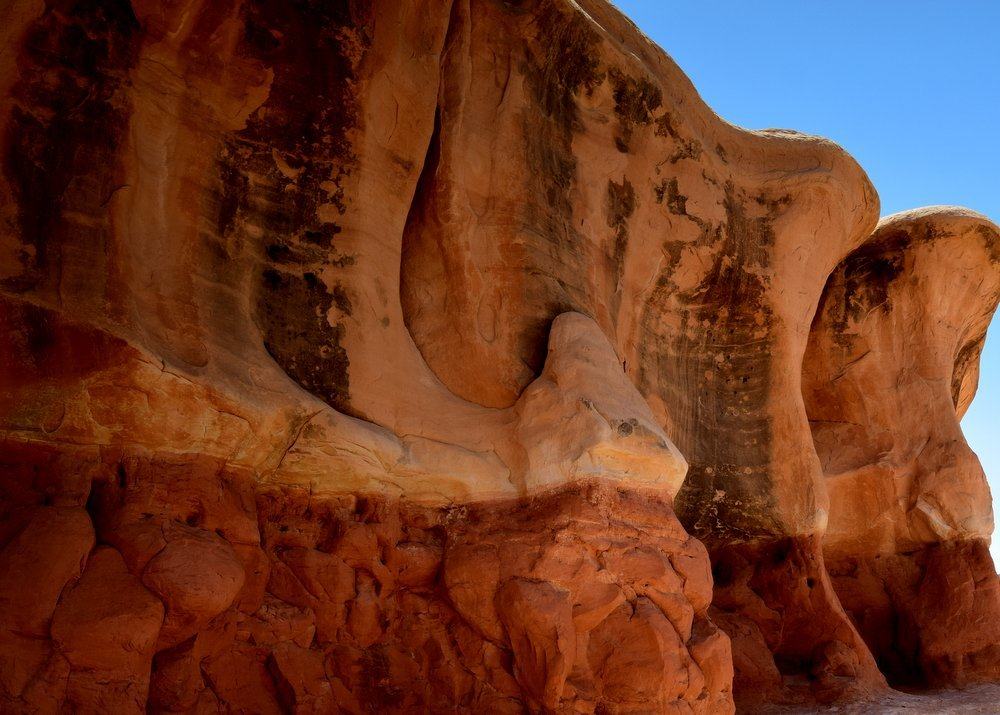 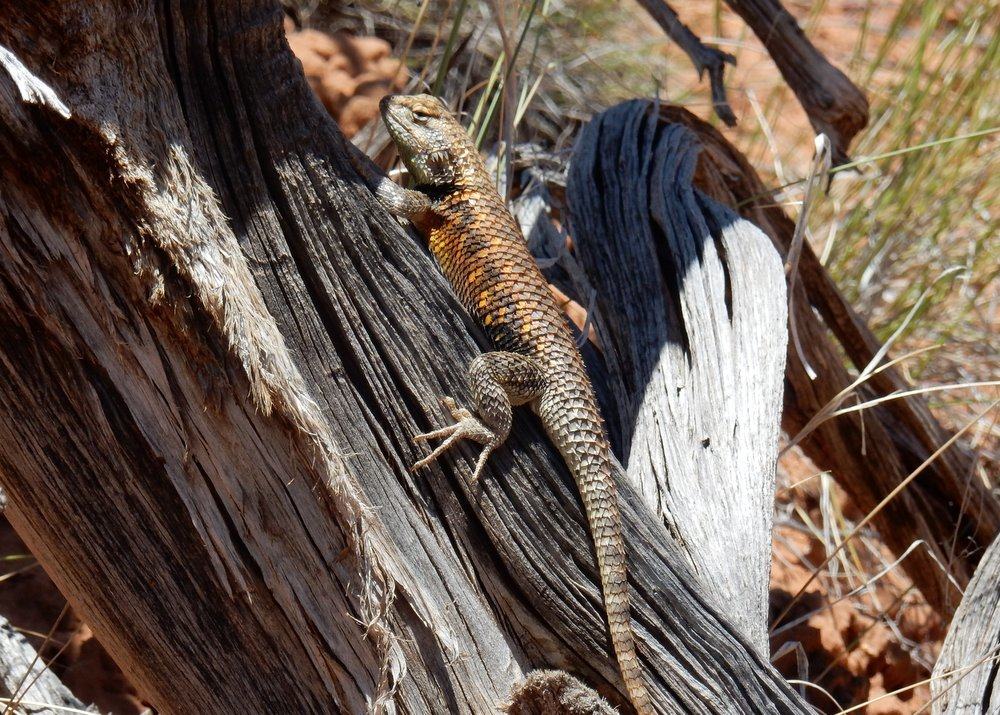 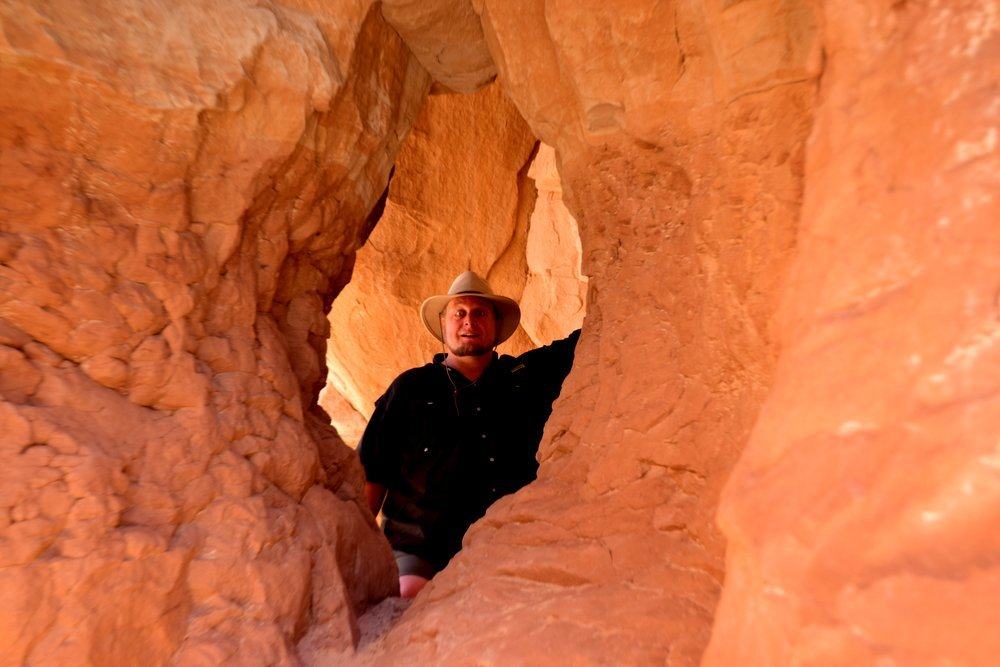 In the Devil’s Eye 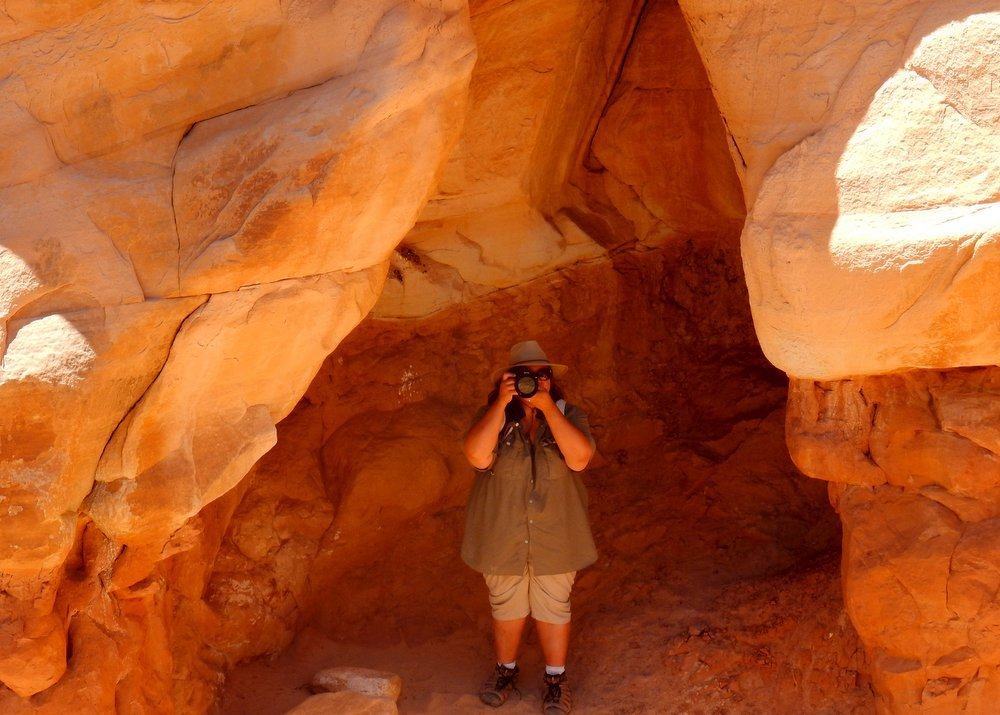 Inside the Devil’s Garden 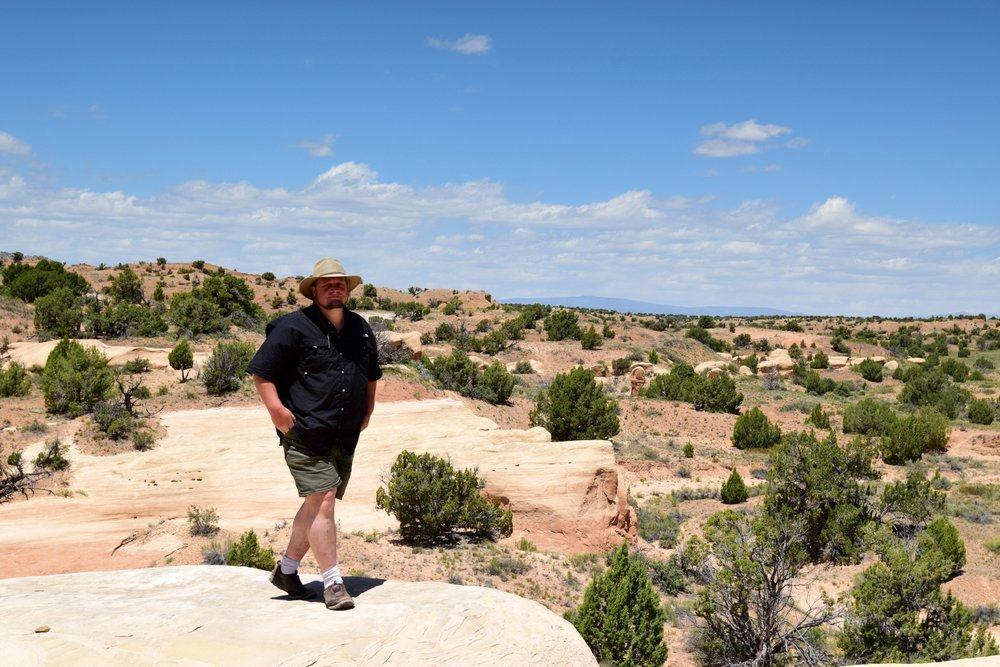 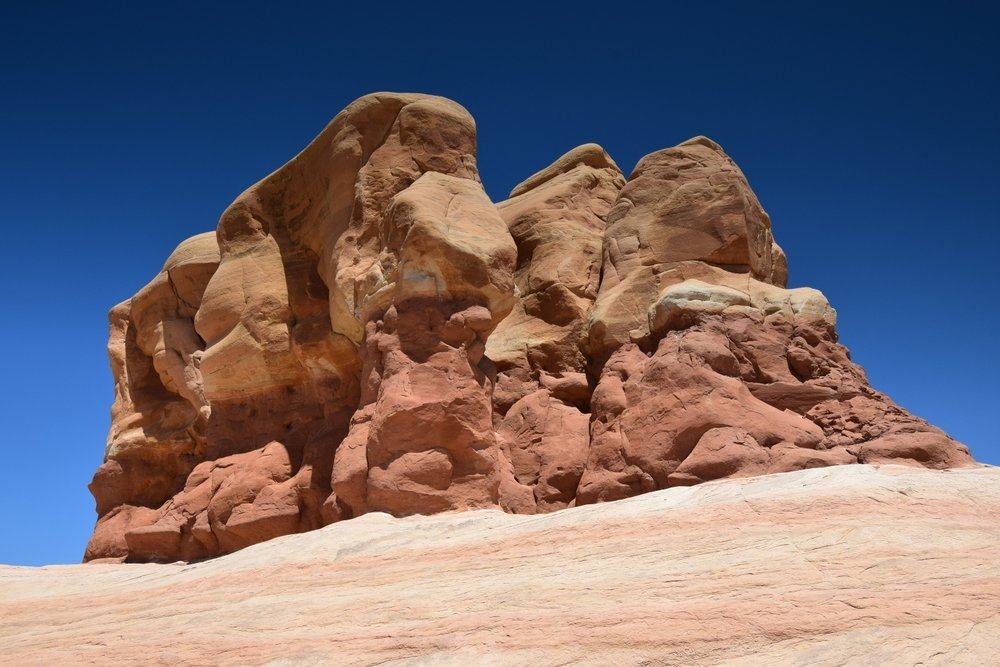 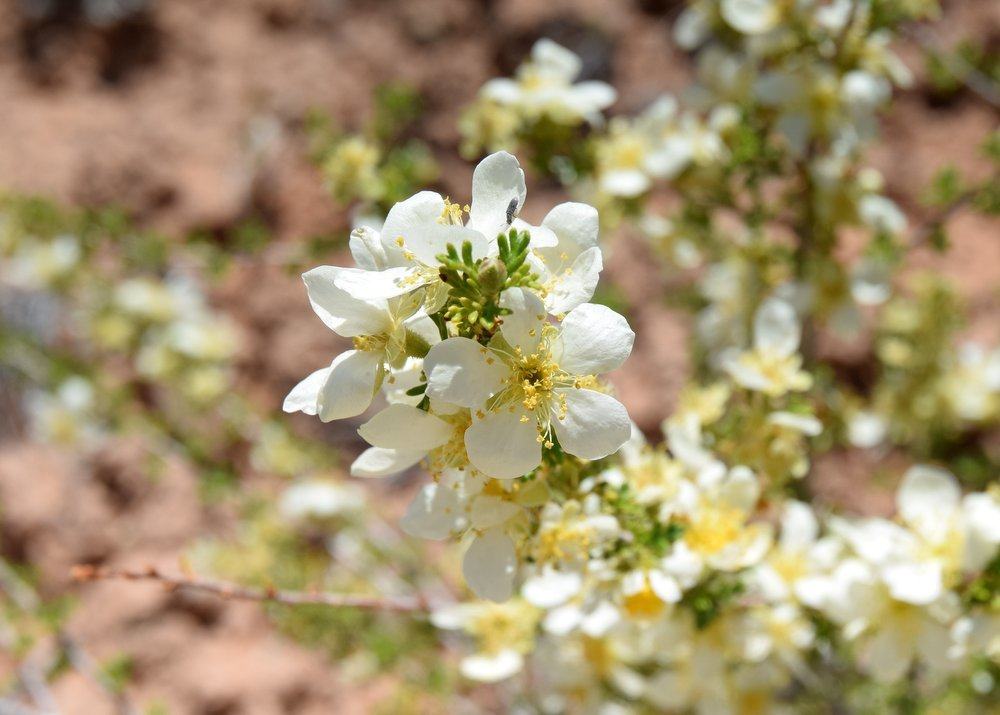 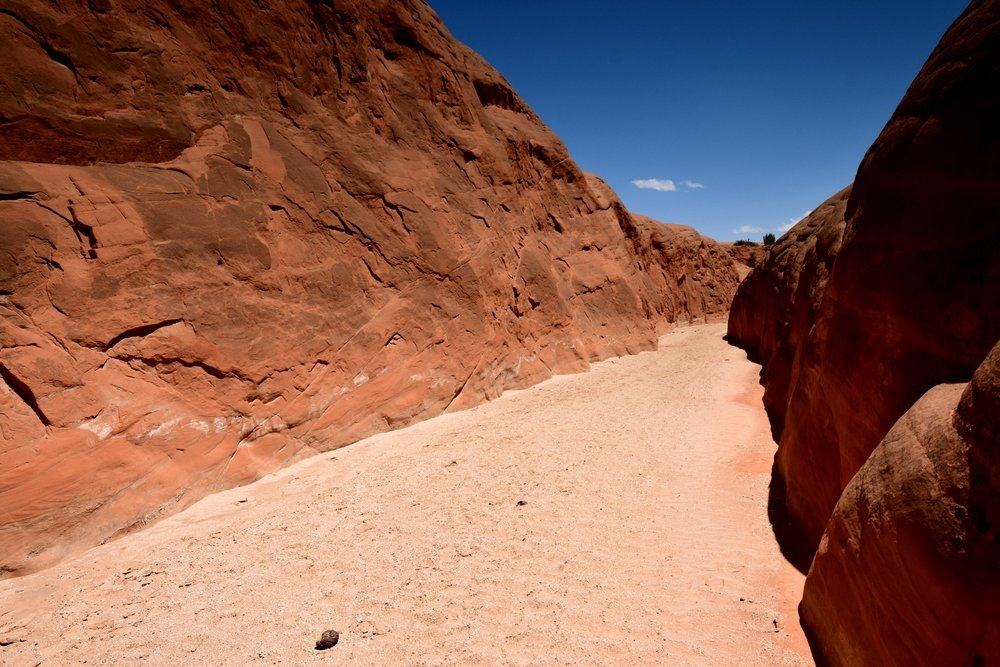 Arroyo, rambla, wadi, and wash – all mean a dry creek, stream bed or gulch that temporarily or seasonally fills and flows after sufficient rain. 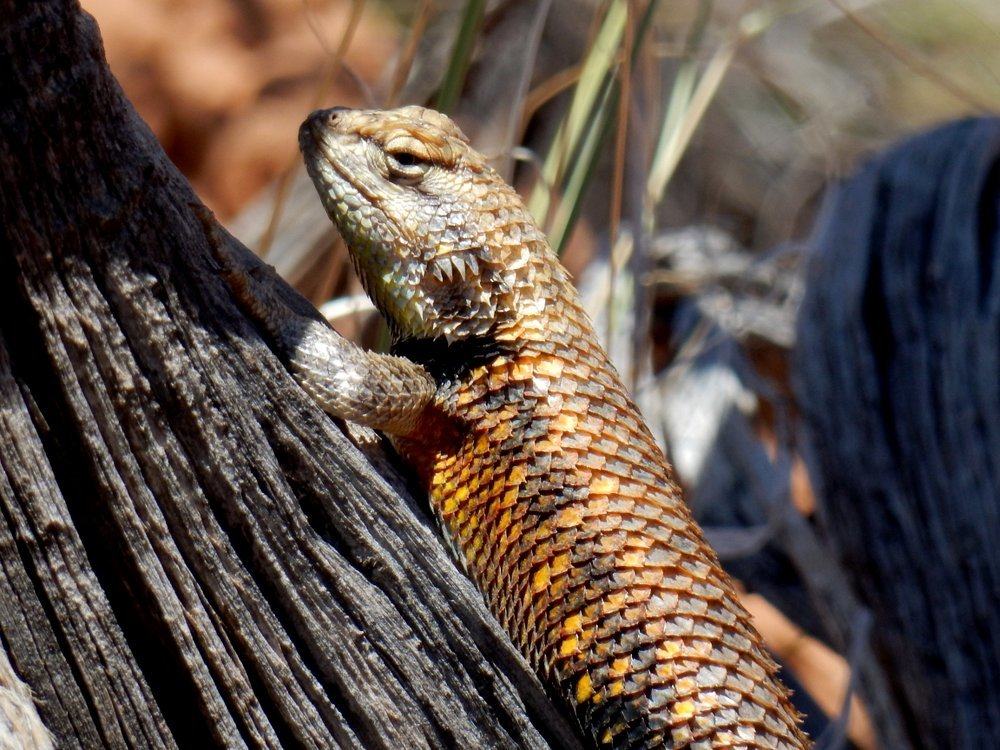 Find your own habitat human, this one is mine! 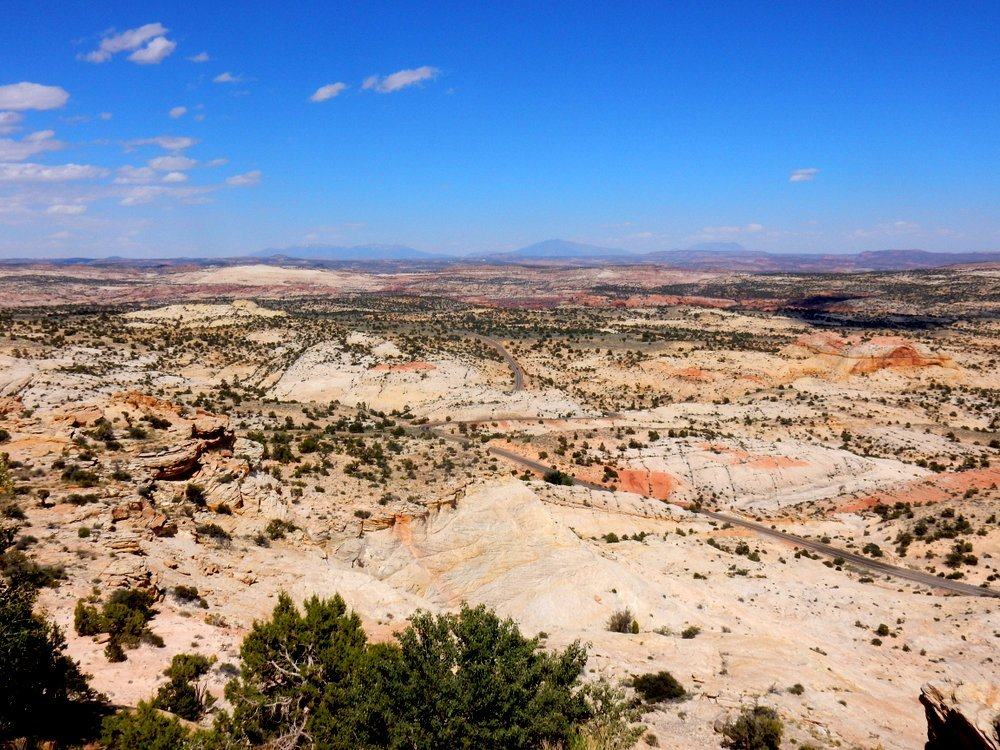 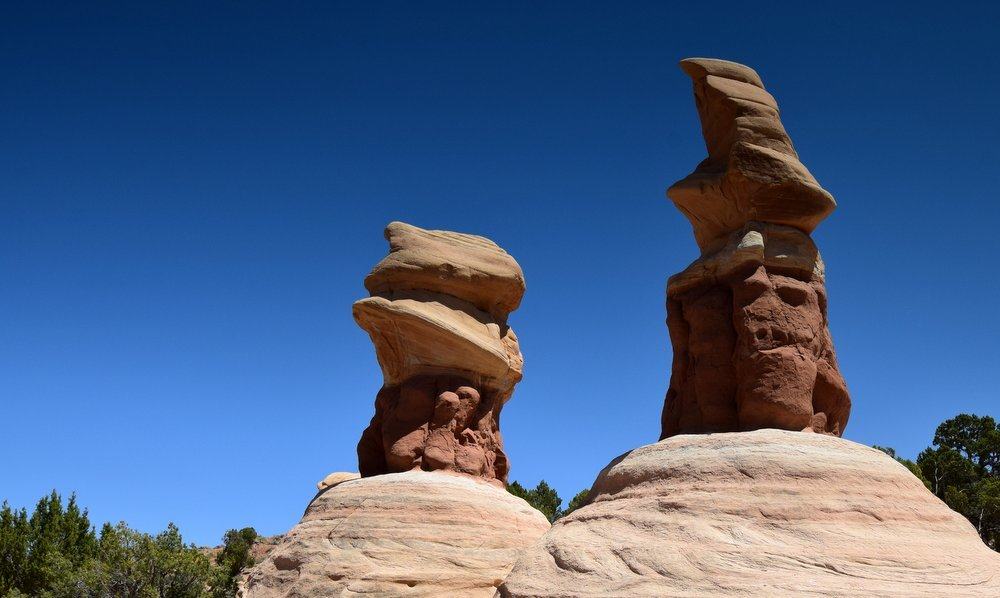 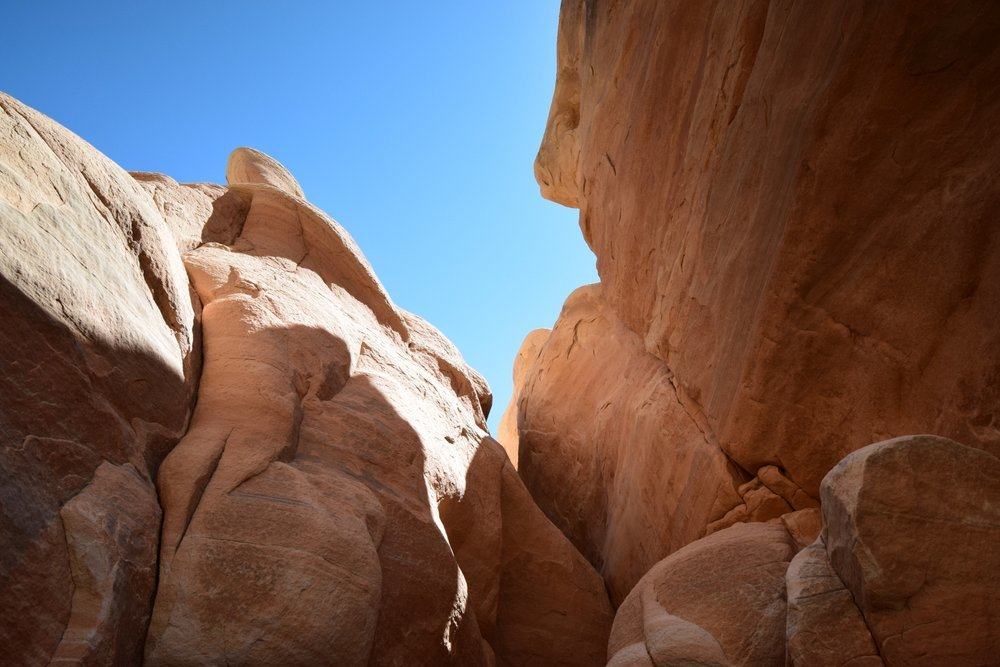 Among The Sandstone Rocks 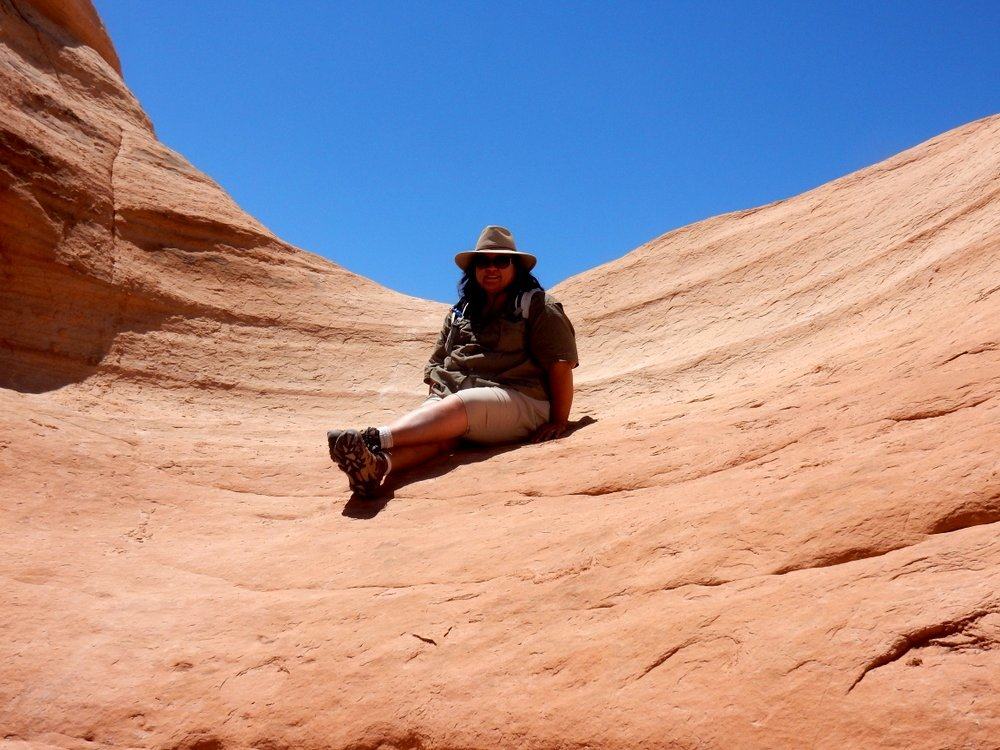 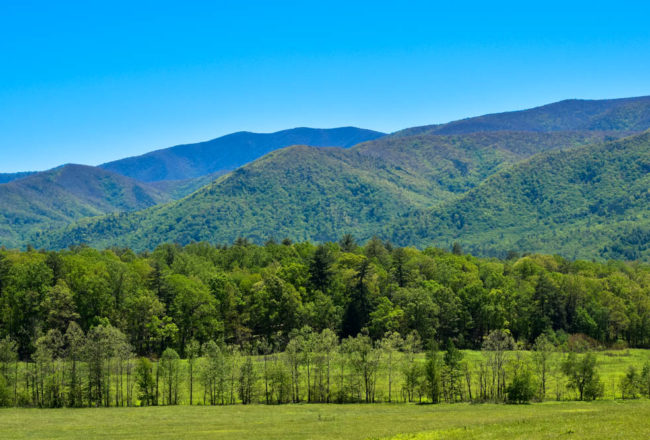 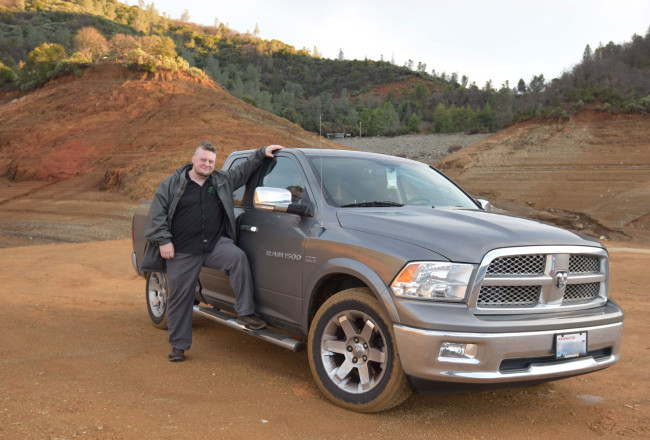 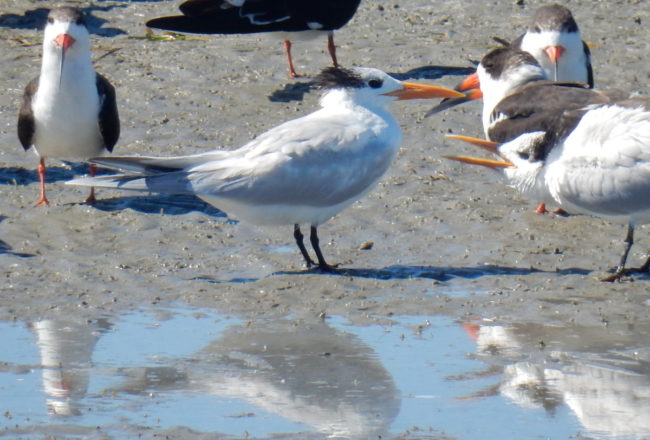