Wild Winds in the Smoky Mountains 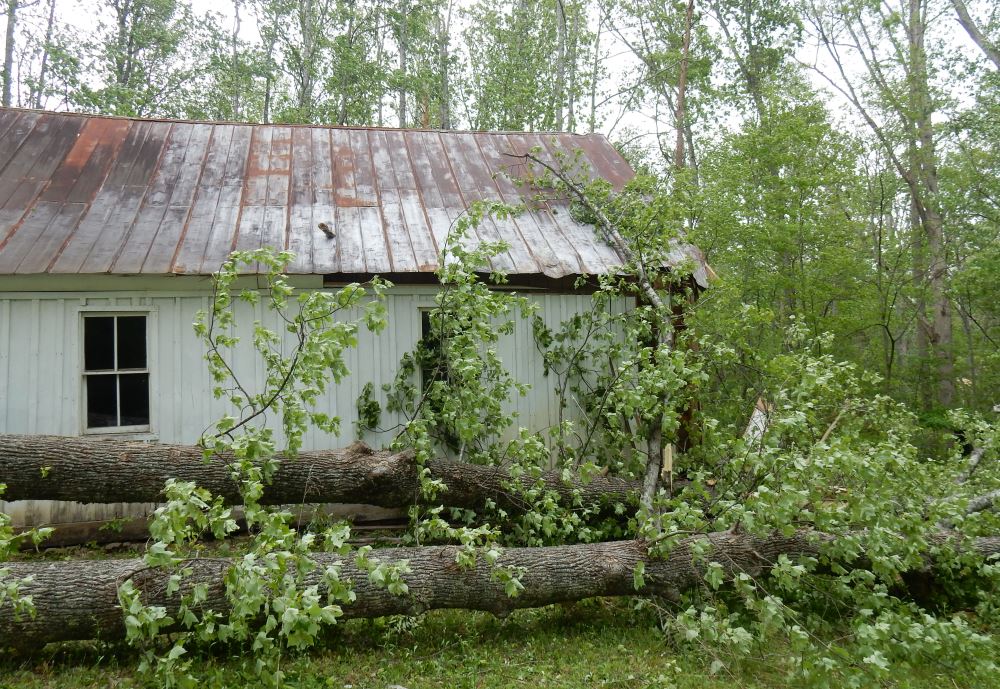 Big Wind in the Smoky Mountains

During our stay in the Smokey Mountains, we were caught up in a rather nasty wind storm that blew through the area with gusts up to 80 miles per hour. Trail (Anne) keeps close tabs on the weather so we knew a storm of some kind was inbound the day before. We took the precaution of putting away our patio gear and battening down the trailer before tucking in for the night. It rained and thundered through the night but by morning the skies had mostly cleared up. It was then that the wind began to blow in earnest.

I could hear it blasting through the trees as I sleepily ate my breakfast. Trail was already up, alert, and looking at the weather reports, watching as the wind warnings were being escalated. From the shelter of the Airstream, it was hard to tell just how bad things were getting. It was then that we heard the first tree snap. It sounds like a series of loud firecrackers going off in quick succession; a series of pops and cracks loud enough to carry through the howling winds and the walls of our Airstream.

The force needed to snap a tree like this is nothing to take lightly.

Our predicament was that we were sitting right in the middle of a forested. We hopped out of the trailer to assess the situation as the winds grew stronger and stronger. Outside, the trees around our trailer were gyrating wildly while leaves and small branches hurled past us. Cautiously we tried to figure out just how much danger we were in. Just then we both heard the cracking sound of a tree giving way near us. I couldn’t see which one it was so in a split second I sprinted away from the sound. In a safe spot for the moment, I spun around to see a small tree in the empty lot next to us had snapped and crashed into the site.

Clearly, this was not a safe situation. I decided our best course of action was to get in the truck and drive the short distance to the office building of the RV park. Trail wondered if we should move the trailer, but I didn’t see anywhere in the park that looked especially safer in the park than where we were at. Trying to drive on the roads in these winds would be twice as dangerous so we would just have to see to our own safety and hope for the best. From inside the park office, we could only sit and wait out the storm, hoping our trailer would come through it. A few others also gathered with us as we listened for snapping trees and worried for our property and those who chose to ride it out in their RVs.

We watched as one of the other residents scrambled to move their trailer. We learned later they could hear a big tree near their lot start to come loose at the roots. They quickly got hooked up in the raging winds and moved to a less threatened spot in the park. It turned out they made the right call because that tree did come down shortly after. While the site they were in didn’t take the full force of it, the one next to them did as the tree smashed through a picnic table and filled two empty spaces with its branches and trunk.

Smaller trees can snap, but big healthy ones can come down like this. Every tree is a potential danger in a big wind in the Smoky Mountains

By the time the wind died down, there were downed trees throughout the park. Our Airstream was spared and only one other RV in the park suffered a hit, and fortunately, it was superficial damage. After the wind died down and the weather reports signaled the all clear we went out to inspect the aftermath. Limbs and leaves were everywhere. Both the lots to the right and left of us had a tree down in the. Behind the park property, a truly massive tree had come down on the corner of an old church. It wasn’t until we went to move our truck back to our site that we noticed one of the side mirrors had been broken by flying debris.

Everyone felt fortunate that no one had been hurt and that property damage was minimal. Since it was the off-season, there was only a handful of us in the park. Had it been full, there would have been serious damage done. It hit home that this is simply one of the increased risks you face with life in an RV. Even with good planning, if you want to travel through the country, you are subject to the relative unpredictability of the local weather. While we were fairly well prepared for the storm, when it came to snapping trees and blowing debris, we simply had to hope for good luck to see us through.

It did inspire me to put together a guide for other travelers in being prepared for storms. If you are thinking of going on the road, or already are, I suggest giving it a read.

We had trees come down in the lots on both sides of our trailer. You can follow the 3-Bs but Be Lucky is also helpful. 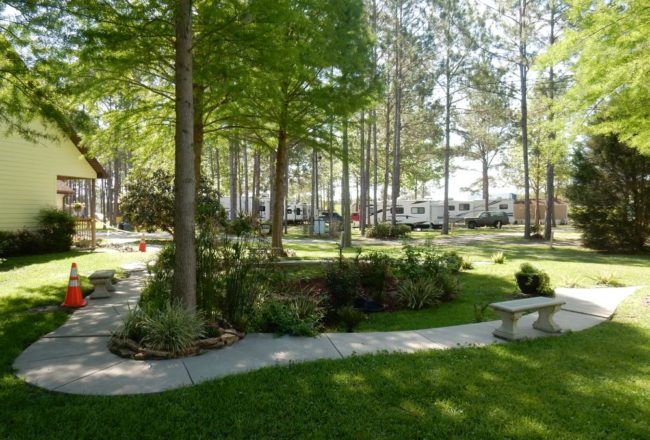 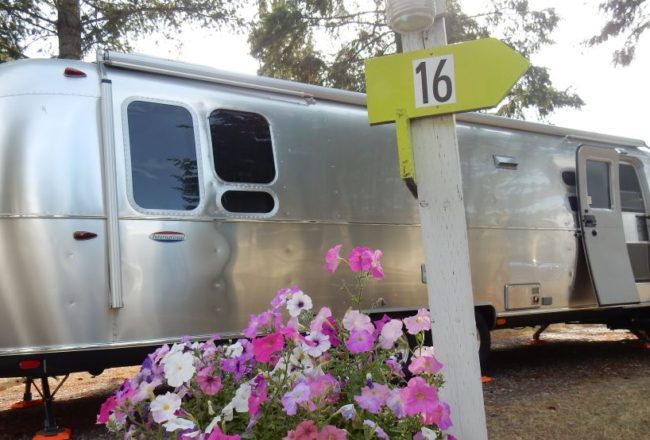 How Much Do Airstreams Weigh?