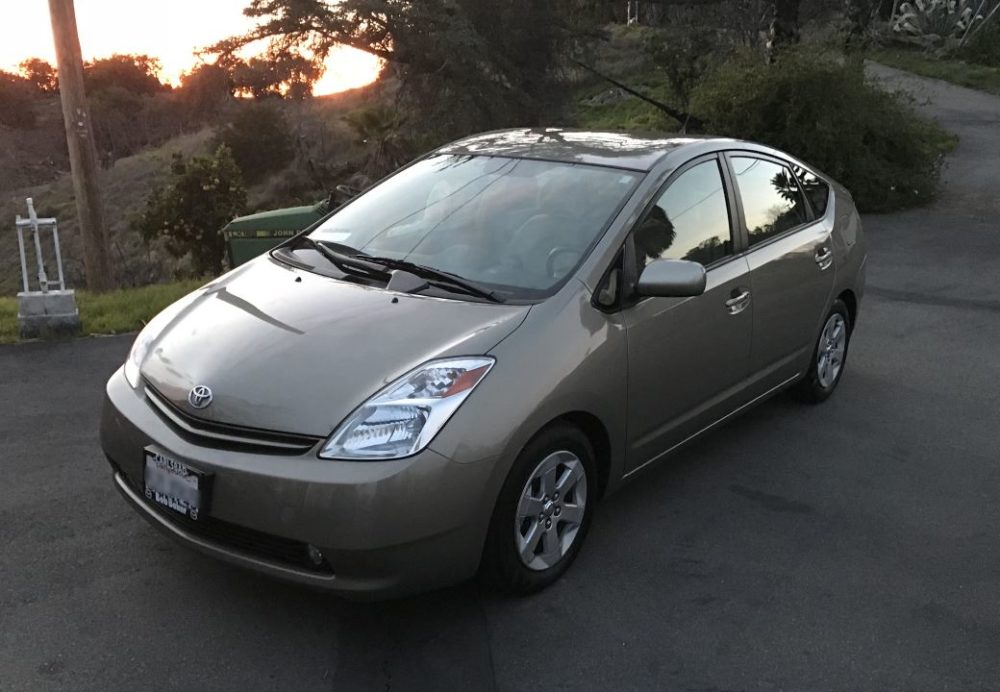 This week, the battery on my 2005 Prius reported it was time to visit the dealer, who in turn told me it was time for a new battery. This set me off on a series of discoveries about the Prius, its batteries, and the services available to those in my predicament. As usual, I wanted to share what I learned.

Info about the Prius and its Batteries

The Prius has two batteries. One is the auxiliary battery, which works much like any other car battery might. You can buy one on Amazon and install it yourself for $150-$200. The other battery – and the subject of today’s lesson – is the drivetrain battery. It is considerably more expensive and not something you would install yourself without some experience and the right tools.

The drivetrain battery is actually a kind of meta-battery consisting of a large number of individual battery cells along with mechanisms to control and regulate them. When the drivetrain battery starts to go bad, it stores and produces less energy than it is designed to, eventually leading to the failure of the main drive system. Basically, if it’s not working, you have no choice but to address it.

Why does it go bad?

Like any battery, it relies on chemical reactions to operate. Over time, waste products build up in the batteries, they develop corrosion, and as a result, they become less efficient at storing and releasing electricity. They only have a limited usable life-span. My Prius, 2005, is about as old as they come, so its battery is well past its prime. If you drive the Prius hard and put a lot of stress on the battery, its possible this will accelerate its decline, or that the stress will push it past the tolerances normally allowed.

Unfortunately, with the drive train battery, the overall performance is only about as good as the weakest cell in the battery. That means if one goes south on you, even if all the others are doing fine, your overall performance suffers and it puts added stress on the other cells causing them to go bad more quickly.

What can you do about it?

You have a few options when it goes bad. Here is what you can do, from most expensive to least expensive.

Replace it at the dealer

The car itself will turn on warning lights telling you to visit your Toyota dealer, and they will run a diagnostic and tell you it needs to be replaced. They will also tell you how much this will cost you, and it’s not going to be cheap. I was told $2500 by my dealer, and that is among the cheaper prices I’ve seen people quoted. I’ve seen others quote as high as $4400. Toyota will not offer anything but a full replacement with a new battery.

Pro: It gets you a brand new battery that should last quite a long time, and comes with a warranty

Con: It’s very expensive and you will pay a premium in every way possible

Replace it with a third-party battery

Toyota only sells its batteries through its dealerships but there are companies that make compatible batteries. They will run you from $1500 to $3000 based on what I was able to find online. Doorman is one of the more prevalent manufacturers. In my research, I found that reviews of their products did not inspire much confidence in me. And when you consider installation costs, it isn’t all that cheaper than going through a Toyota dealer.

Replace it with a Reconditioned Battery

A reconditioned battery is an original Prius battery that is used but has gone through cleaning, cell replacement, and testing. If you go this route you should definitely get one that comes with a warranty that covers parts and service for a reasonable period of time. This protects you against the battery having truly hopeless cells in it, the biggest risk in a reconditioned battery. These batteries are definitely not as good as new, but they can last you a while. Prices are typically lower than a third party battery but still substantial. I paid $1650, including installation for mine.

Pro: Cheaper than a third party brand but similar reliability (provided you get a warranty)

Con: Less reliability than new and a shorter warranty

Basically, they will take your existing battery, and run a reconditioning process on it. Reconditioning involves taking it apart, cleaning it, then fully draining and re-charging the individual cells. They may replace any completely dysfunctional cells in the process, though that costs extra and the replacements will be other used cells. This typically costs around $700-$900. They may offer a limited warranty for the work, but the period is typically very short. The process is also pretty time consuming so your vehicle will be out of action for at least a couple of days. Generally, the older your battery is, the less time this is going to add to its life.

Pro: It’s much cheaper than replacement.

Con: Not great for very old batteries, and can be time-consuming.

This is your cheapest option but the least effective. They do the same de-charging and re-charging process as a full conditioning, but they don’t take the battery apart and clean it, nor do they test individual cells. This can add life to the cells by effectively cleaning their chemical components but if you have bad cells, they will still be bad, just less so. The upside is it is very fast and is often offered as a mobile service. They will come to your car instead of bringing it to them. It is also the cheapest, often as little as $500. Warranties are usually very short term, especially for older batteries.

Pro: Its fast, cheap, and convenient.

Con: It isn’t likely to be any kind of lasting solution. Your problem could return in just a few weeks. 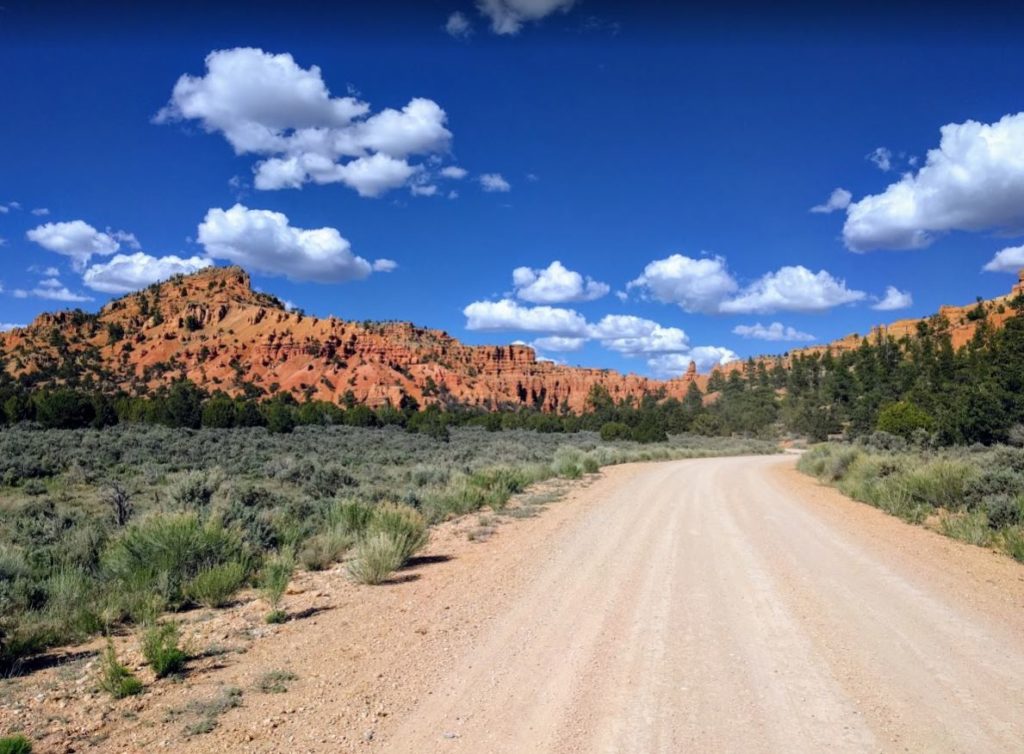 Which one should you choose?

This depends on your situation. Your first step is to ask these questions.

The older your battery is, the more likely you should go for a replacement strategy. With my 2005 Prius, that battery is definitely long past it’s prime. A simple or even complete reconditioning will likely give me a few months of operation at most. So unless you will only have it for a few months, you need to pony up for a more permanent solution.

If your battery is still fairly fresh, then the reconditioning options are more attractive. They don’t come with an especially good guarantee, but it might be worth the risk as that might be all it needs for another few years of good service. If you have the time, the full reconditioning is probably best.

If you are in a real jam for time or money, then the partial reconditioning may be your only option, just keep in mind it may also be only a temporary solution. Each time you do it, you can expect the next failure will happen faster than the last.

Over the long haul, a brand new battery is your best value. They come with a 10-year warranty and typically last 12 to 15 years before they need to go. A reconditioned replacement battery is usually good for 2-5 years. If the warranty doesn’ cover it for at least 2 years, don’t bother. Reconditioning your own battery could go for 5 years, or it could go for 1 week, it all depends on just how badly broken your battery already is.

All about the warranty

Your best indication, as a consumer, as to how long to trust any of these solutions is what kind of warranty the service provider is willing to offer. They know their stuff and won’t give warranties to cover things they think are very likely to break. Make sure you ask about the details, some will only cover partial costs. If there is no warranty for the work, don’t expect much more than a temporary fix you will have to address again in less than a year.

If you would like to read about my personal adventures with the Prius battery, you can read about it here.