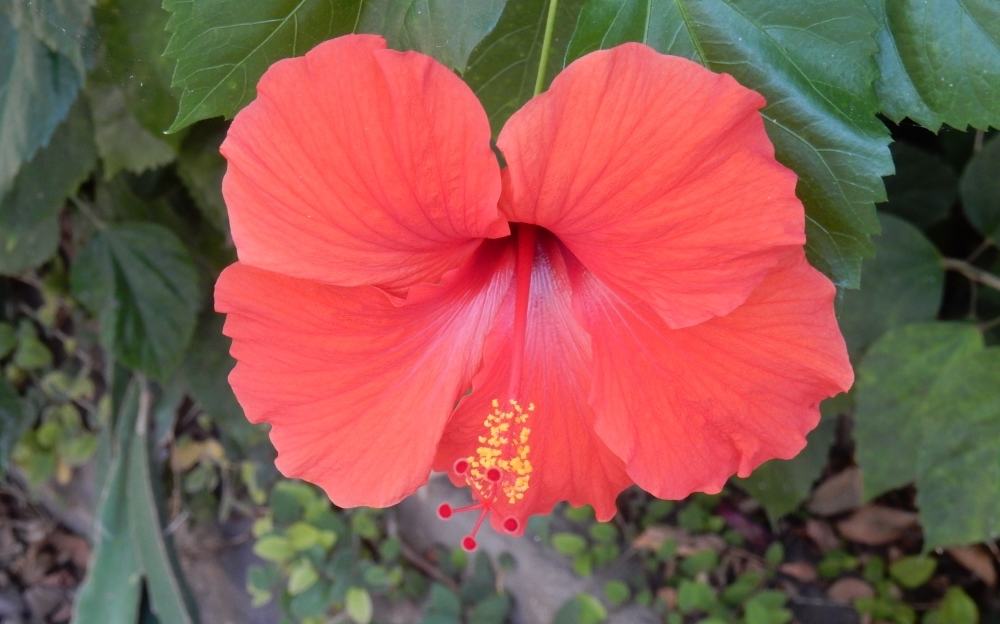 While making our way through New Mexico, Trail and I decided to visit the Living Desert Zoo and Gardens which is both a Zoo and a State Park in New Mexico. As the name implies, the park is about split evenly between showcasing the plant life and animal life of the local desert ecosystems. The zoo is focused on the native species of the New Mexico deserts, but there are some notable exceptions like the succulents of the world greenhouse.

I wasn’t sure what to expect when coming here as Trail makes most of our Adventure arrangements. From start to finish the Living Desert was often not what I expected it to be. The tone of the park is somewhat eclectic. Most of the park is outdoors but you enter through a large visitors center that contains a number of exhibits. In front are dioramas about the local habitats both as they are today, and as they were in earlier geologic eras. Much of the west central US was an inland sea at one time and the origin of the vast limestone deposits that make for dramatic caves and cliffs in the area. The lower half of the visitors center displays natural artifacts; skulls, skins, bones, and geology specimens.

Geological specimens from the southern desert on display in the visitors center.

The park itself is laid out such that you can follow a single winding trail and see most of the park in one continuous viewing. You begin in the gardens and then work your way to where they have animal exhibits, then back into the gardens again to finish the tour. All in all, you could see the entire park in about an hour, though we spent at least two touring the grounds. The first parts of the garden are divided into habitats showcasing different types of plant life from different areas in the New Mexico Desert. Having spent some time in these places I can say the garden does a good job giving you an idea what you would find in the wild, though in greater abundance and concentration.

The habitats are each described by interpretive signs; individual plant species are also marked. Some include notes about the plant and its use by people, both historically and in modern times. In addition to the plants, we found an abundance of local insect and reptile life thriving due to the species density. In the evening you can spot wild Ringtail Cat in the park, and we happened upon a wild fox near the end of our visit. The habitat gardens and their wild inhabitants were among my favorite areas of the Living Desert. It was peaceful and educational. 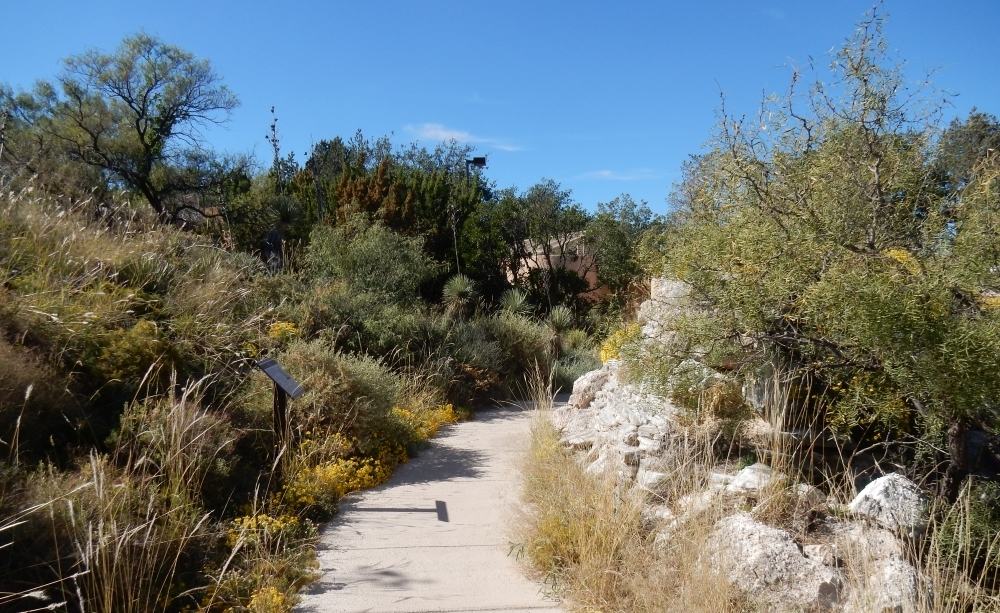 The gardens were filled with a huge variety of desert plants.

After a very pleasant walk through the gardens, we came to the first of the animal exhibits and here it felt more like a traditional zoo. Many of the enclosures looked pretty old and were fashioned of Concrete covered with stucco with chain link barriers. They were neither very attractive nor looked especially comfortable for the animals on display. Some were undergoing renovation while we were there and others were seemingly abandoned or empty for the time being. While all the animals appeared to be in good health, I felt like some of them just didn’t have the kind of space they would need to be comfortable and happy. It showed in their behavior, either lethargic inactivity or nervous pacing. The large birds struck me as especially out of place in their fairly small enclosure. 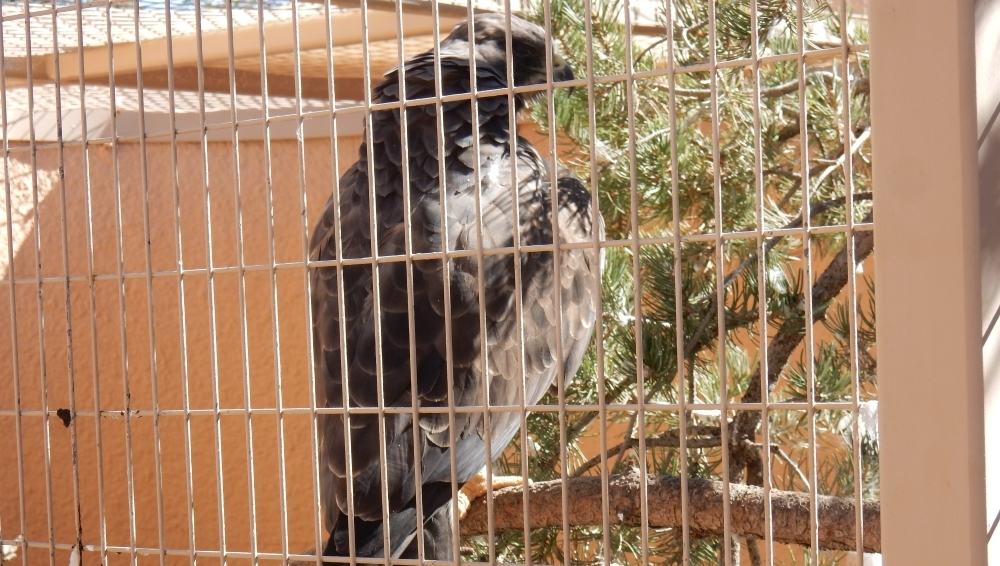 This eagle is a wonderful bird to see, but this enclosure feels too small and sad for this fantastic wild animal.

After passing more garden areas we came to where they had larger open animal exhibits. Here they kept field animals like Pronghorn and Elk as well as a pen filled with prairie dogs. While these animals had the feeling of being partly domesticated, they seemed more relaxed and at ease in their open air but fenced-off enclosures. As always the doings of prairie dogs proved both fascinating and greatly amusing. They are terrifically cute animals. This area of the park also has a brand new reptile house. While not large, it was dramatically nicer looking than anything else at the Living Desert. We were lucky enough to come through when the animals were being fed and having their terrariums cleaned. We got to watch and listen to the Rattlesnakes rattle and see how to handle a large Gila Monster.

This cool mural is from the reptile house. It is so much newer than the rest of the park that the contrast is startling.

Further on we found the big cats on display. They have both Lynx and Mountain Lions in the park. Every time I see big cats in a Zoo I am reminded how very much like house cats they are in behavior. All the cats were very active when we came by. The mountain lions were stalking and chasing one another playfully while the lynx roamed their enclosure attempting to ambush one another from the foliage. While the enclosures weren’t especially pretty, they seemed large enough that the cats were at ease in them. We spent a good half hour watching the cats play, admiring their beauty and thinking of Kekovar and Kia back in the Airstream. 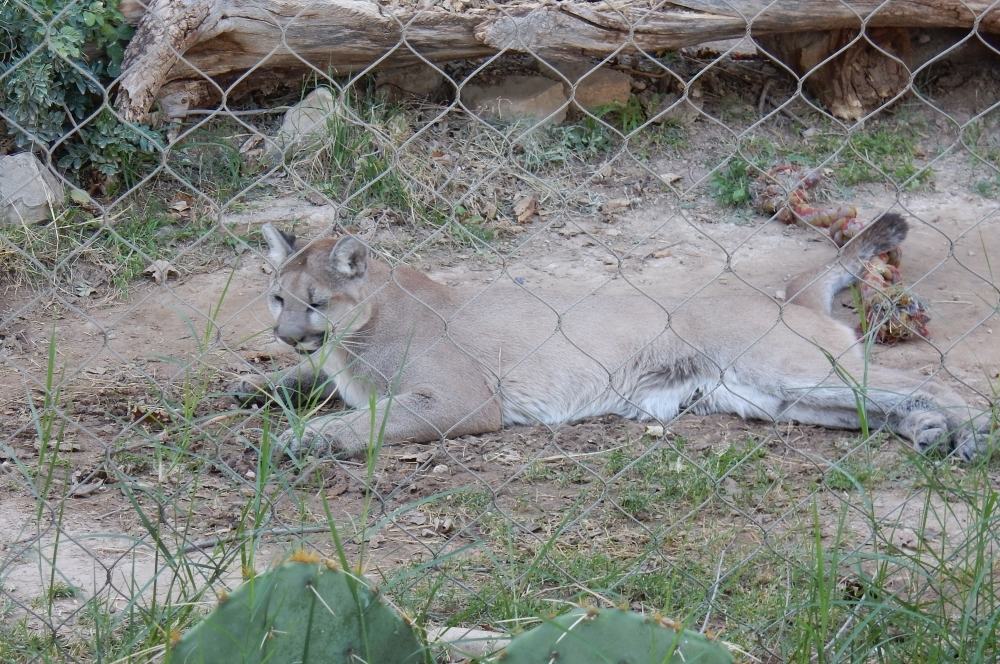 Here is one of the mountain lions at the park, taking a rest from romping with its companion.

At this point, the trail winds back into the gardens, though here, instead of natural habitats the plants are arranged more like a traditional garden, creating spaces to sit, enjoy a meal, or just listen to the sounds of the garden. A large pool and fountain anchors the area and is home to many fish and frogs who jump and hide as you approach, but will sing if you remain still and quiet. Nearby is a greenhouse dedicated to succulent plants from all over the world, one of the departures from the native species theme of the Living Desert. I love the variety and strange shapes of succulent plants and while it is modestly sized, they had a great variety of species to look at. 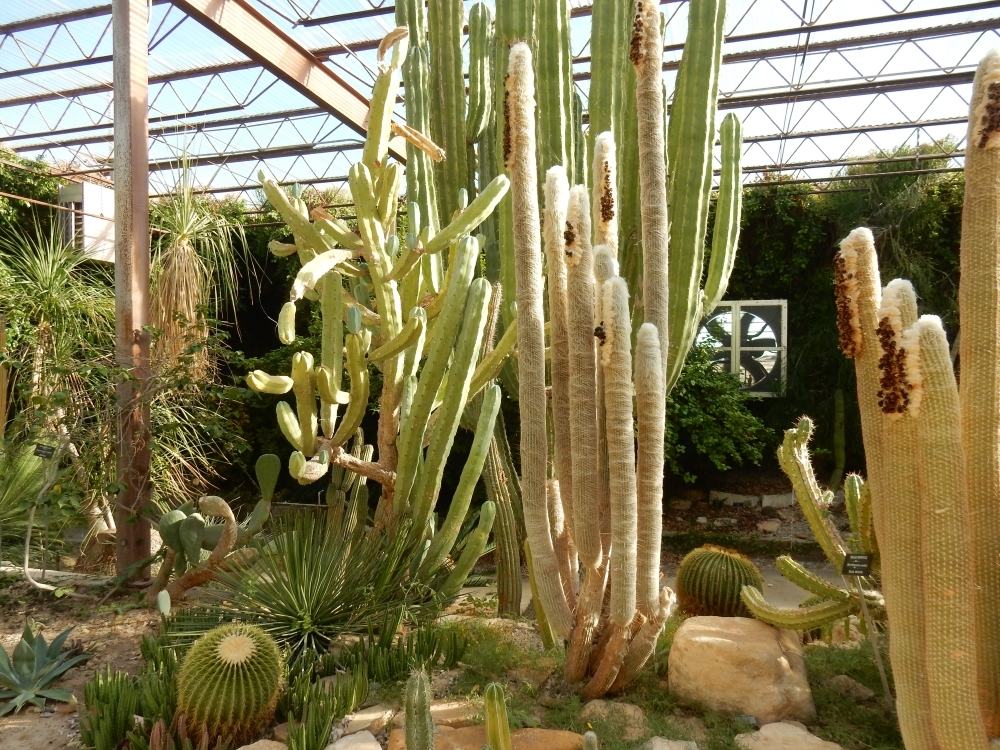 I love the array of shapes and textures that succulents come in. Unless you grew up in the desert, they an incredible novelty.

Admission to the Living Desert is only $5 and at that price, it is very well worth a visit. I’d suggest kicking in a little extra to help them with their renovations and to provide the animals with improved enclosures. You can check out the exhibits in the visitors center for free, but considering the cheap price, I can see no reason to stop there. The gardens alone are worth the price of admission. While I had some concerns for a few of the animals, this did not feel like an exploitative zoo. They provide a lot of education to the public and are dedicated to preserving the natural habitats of the animals they display here. Like many zoos, some of their animals are part of breeding programs to try and save threatened species. 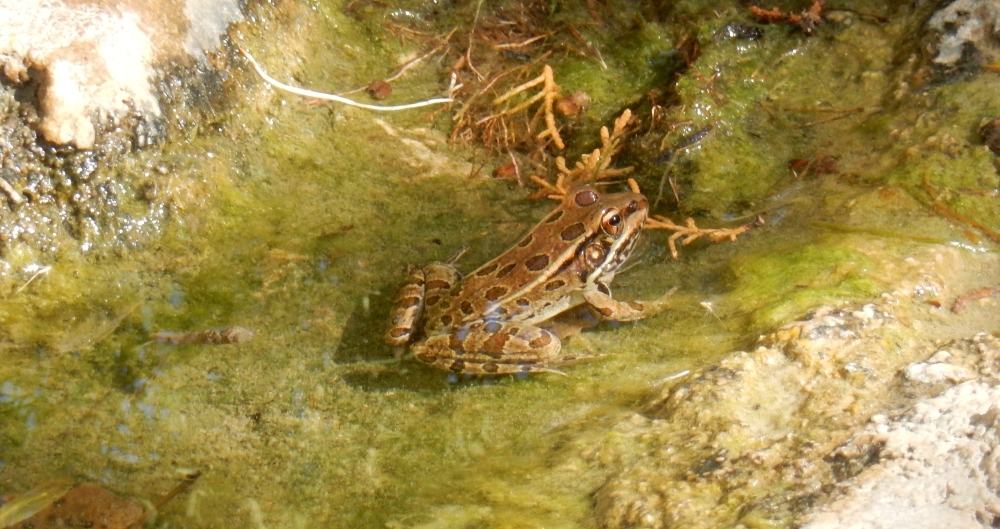 One of the inhabitants of the frog pond, a lovely creature with no cage required. 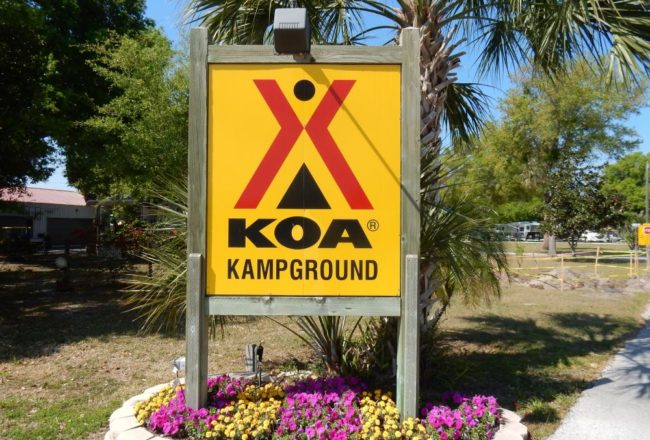 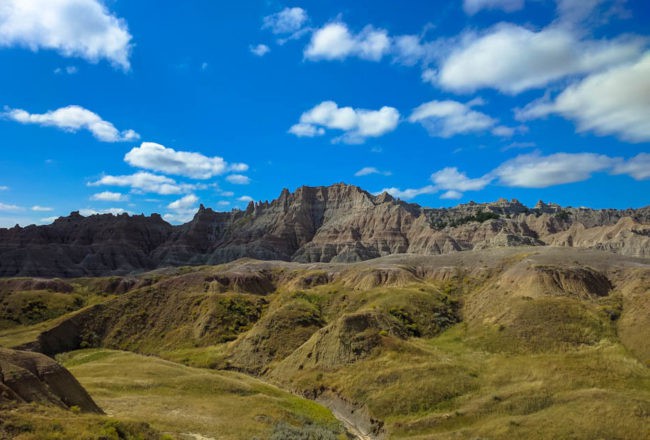