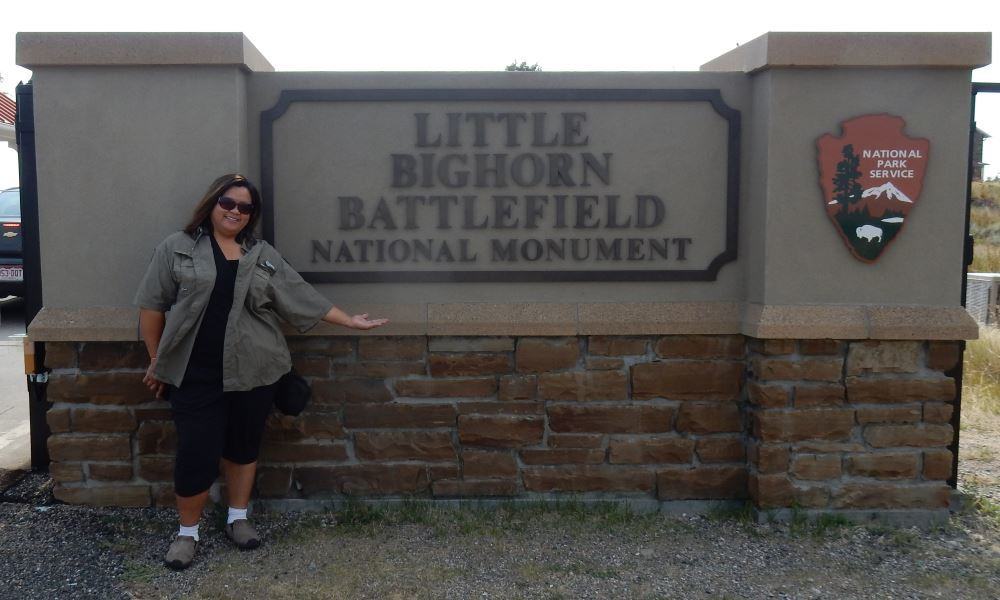 On our way through Southern Montana, we decided to spend a day checking out the Little Bighorn Battlefield National Monument. Like many of the historical sites organized under the parks service, it is fairly small. You can easily explore the entire monument in a few hours.

The monument commemorates the famous battle between the Lakota Sioux, Northern Cheyenne, and Arapaho warriors and the US 7th Cavalry under the command of Colonel George Custer. The 7th Cavalry was attempting to move the Indians who had refused to abandon their traditional lands onto the reservations. Custer mounted an attack against a large village and was soundly defeated having underestimated their numbers. It was one of the last significant victories they were to have and the large war band broke up shortly after the battle.

A ranger recounts Custer’s last stand at little bighorn next to the 7th Cavalry monument.

The National Monument consists of a national cemetery, a visitors center and museum, a monument dedicated to the 7th Cavalry, another dedicated to the Native Americans, and the battlefield itself which contains a number of grave markers for both US and Native soldiers. A narrow paved road leads to further battlefield sites accompanied by interpretive signs explaining the circumstances of the individual engagements that took place.

Trail and I first visited the national cemetery which we discovered was not directly connected to the battle but instead housed fallen soldiers and others in national service from a number of wars. As with many national cemeteries, it is a beautiful and serene place of reflection. The largely uniform headstones are spaced regularly and closely on the grounds. We spent some time walking amid the memorials, looking at grave markers and reflecting. 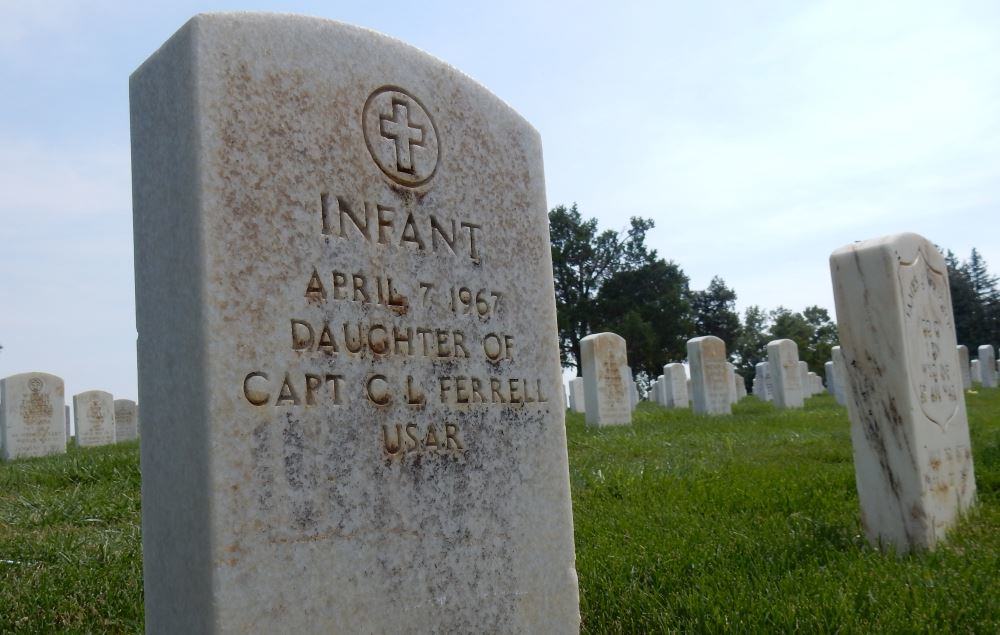 One of the many grave markers in the national cemetery at Little Bighorn.

From there we went to the small visitors center and museum. I looked through the books on display paying special attention to historical photographs of the soldiers on both sides from the time period. At Little Big Horn the Crow nation runs bus tours on the grounds while national park rangers do walking tours of the sites and lectures. We would have taken the Crow tour but they were only taking cash and we hadn’t brought any along. If you visit, bring along $10 a person in cash and you can get their perspective.

The museum was the highlight of the trip for me. While it was small, they had a number of authentic artifacts from the battle and the principle leaders from both sides in excellent condition. While I abhor war, especially one of conquest, I do have a fascination for the tools and tactics of warfare. I enjoyed closely examining the weapons, uniforms, and kit of both sides. Short of the reenactments they sometimes do on the site, it was the most effective part of the park in telling the story of what happened there.

The recently added Native American monument to fallen warriors. The wire sculpture is vivid in photographs.

Next, we walked up to the monument to the 7th cavalry where Custer was initially buried and the remains of both soldiers and their horses were found. We listened to a Ranger recount the different accounts of Custer’s last stand. He spoke both to what archeologists have reconstructed and the oral traditions of the Native American tribes. Then we walked to the nearby Native American monument which was recently erected. The marble inscriptions and likenesses within the bowl-shaped monument made for interesting reading.

Finally, we walked through the battlefield along a steep boardwalk that winds from the high point of the 7th Cavalry monument down to the banks of the little bighorn river. Along the way, numerous white and red monuments mark the locations where the remains of fallen soldiers and warriors have been found. We took the time to talk about what we had seen, about the history, and about poverty on many reservations today.

This is the Little Bighorn river in high summer, just a dry ravine running through the battlefield.

It was clear that the museum and the various interpretive signs at the monument took pains to avoid weighted or judgemental language about the battle and its participants. Which is not to say they were simply vanilla, but that they presented multiple perspectives and interpretations of what happened. Stronger passions were clearly tempered which is probably for the best, though I had wished there to be a deeper look available for those who wanted to pursue it on site.

Trail and I both felt a little underwhelmed by the monument compared to others we have visited which were no larger but were somehow more engaging and gave you a deeper dive into the significance of the site and its history. I still think it is well worth visiting and that every American interested in our history should spend time trying to understand the incredibly complicated relationship between European Settlers and Native Americans from the moment we came into contact to the present day.

A group of horses we passed on private land between battlefield sites. 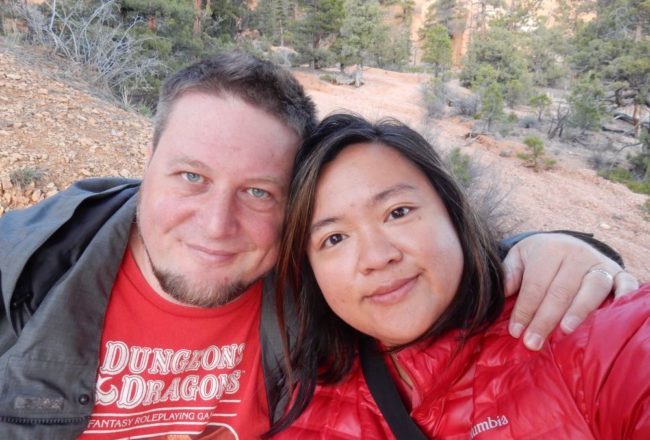 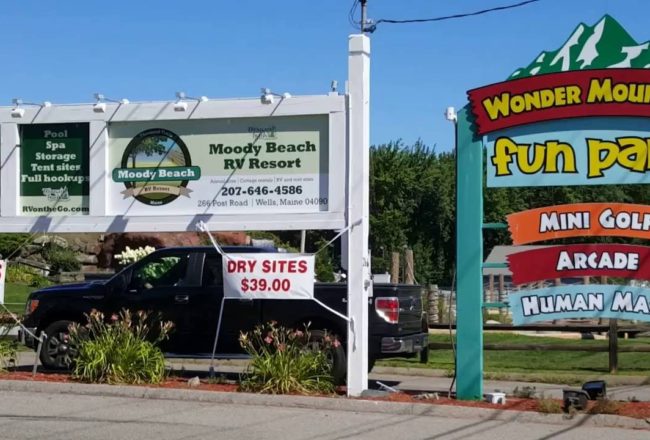 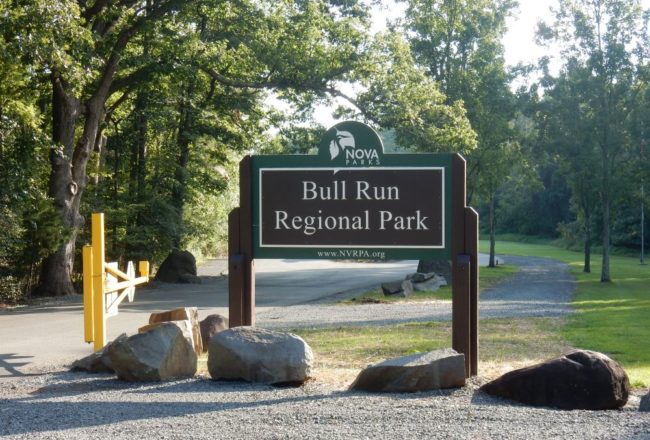