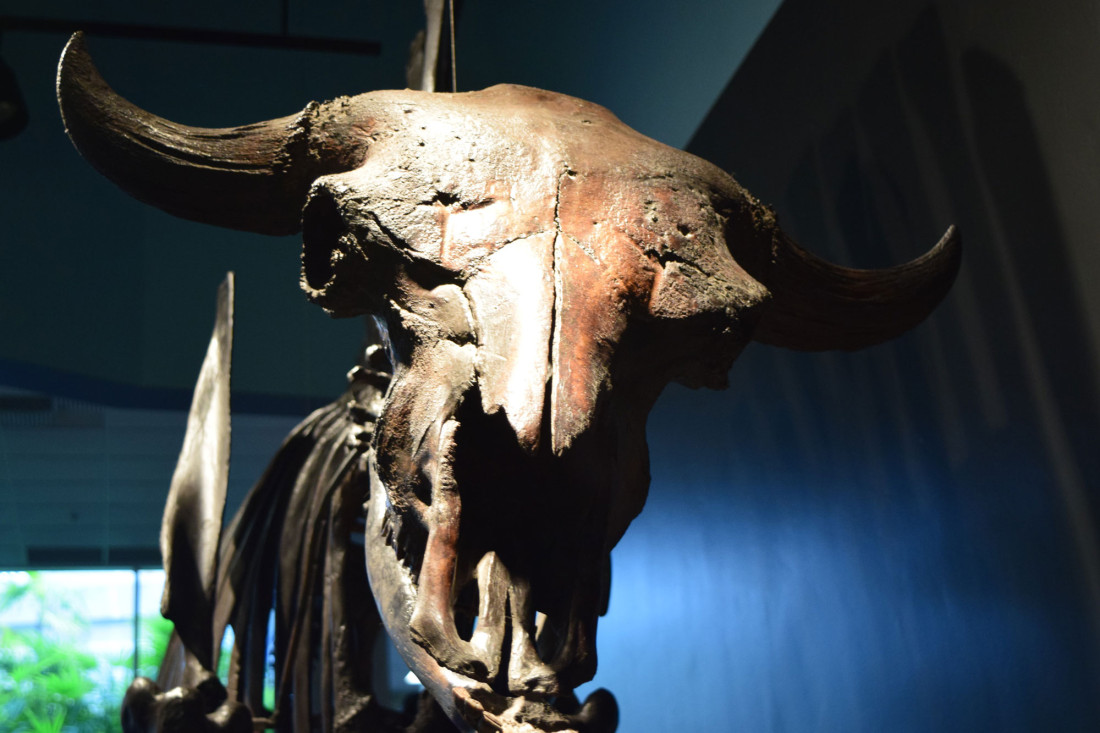 La Brea, in the words of Admiral Ackbar, “It’s a trap!”

For thousands of years animals, lured by fresh water or an easy meal have fallen prey to the sticky tar pools where they become trapped, die, and sink into the earth. Today human tourists, lured by the famous geological site spend an hour or so learning about its history and manage to escape with only about $12 – $20 stuck in the quagmire.

La Brea Tar Pits is a colloquial name which literally means “the tar tar pits.” Its officially called Rancho La Brea and is municipally owned despite its National Natural Landmark status. The oldest once living object found in the tar pits is a piece of wood carbon dated at 55,000 years old. Since 1906, over 231 species of vertebrates.159 species of plants and 234 species of invertebrates were excavated from the asphalt. To Date, over 2,000 individual saber-toothed cats and 4,000 individual dire wolves were recovered and there remains a great deal to be discovered.

The site consists of a public park where anyone is free to wander about and the Museum which charges a $12 entrance fee. Outside you can wander about and look at the Tar pits themselves along with some sculptures of Giant Land Sloths which once roamed the area. At first glance the tar bits most resemble small polluted scummy ponds. What you might imagine from an illegal toxic dump. Of course the oil sheen and bubbles of methane gas leaking out of the water are entirely natural here. At various spots around the park they have temporary fencing around new bubbles of tar seeping out of the lawn.

Active excavation sites are fenced off or enclosed to give the site workers shelter but there are viewing booths where you can see the site and often watch archaeologists and volunteers working on the site. While we visited the only active work was happening inside some tents not open to the public. They are working on huge blocks of material removed to make the current parking lot on the site.

The La Brea Tar Pits Museum, once named the George C. Page Museum, displays a variety of Ice Age fossils. Their crowning glory is Zed, a male Columbian mammoth whose intact tusk is currently on display within the fossil lab where you can also watch scientists at work cleaning new finds. While the fossil displays are amazing, some of the other displays sadly show their old age: the animatronic animals especially so and sputter loudly when they move. Overall the museum was small and a bit disappointing. We spring an extra $4 each for the 3D movie experience and were not impressed with what was frankly a somewhat dull short film.

I’m tempted to tell the frugal traveler to skip the museum all together, but the admission does support the scientific work going on there and it does do a good job of education people about the animals discovered and what it tells us about the ancient past. Even though I didn’t get my money’s worth in personal enjoyment it still feels like money well spent.

Since things were getting dull at the Tar Pits, we wandered around the neighboring Los Angeles County Museum of Art and Petersen Automotive Museum. Both offered interesting sites without paying the price of admission and both looked considerably more impressive than the museum at the tar pits. The LACMA in particular was massive and had a number of tours and lectures happening while we were there. If I were to do the day again, I would have made the Natural History Museum of Los Angeles County our main visit, then wander over to the Tar Pits if there was extra time. 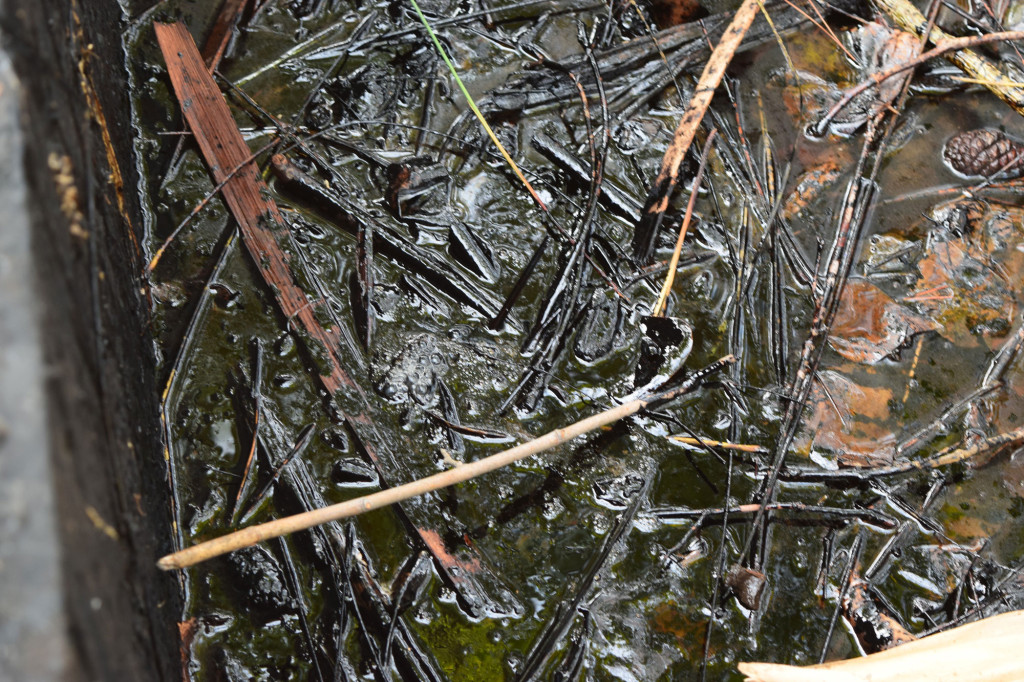 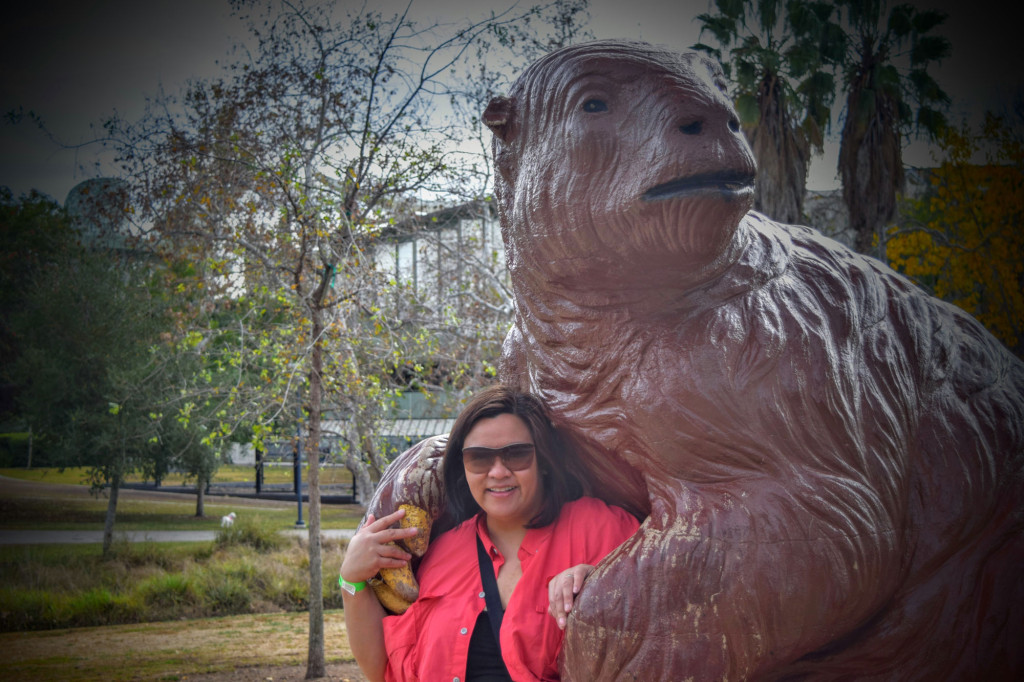 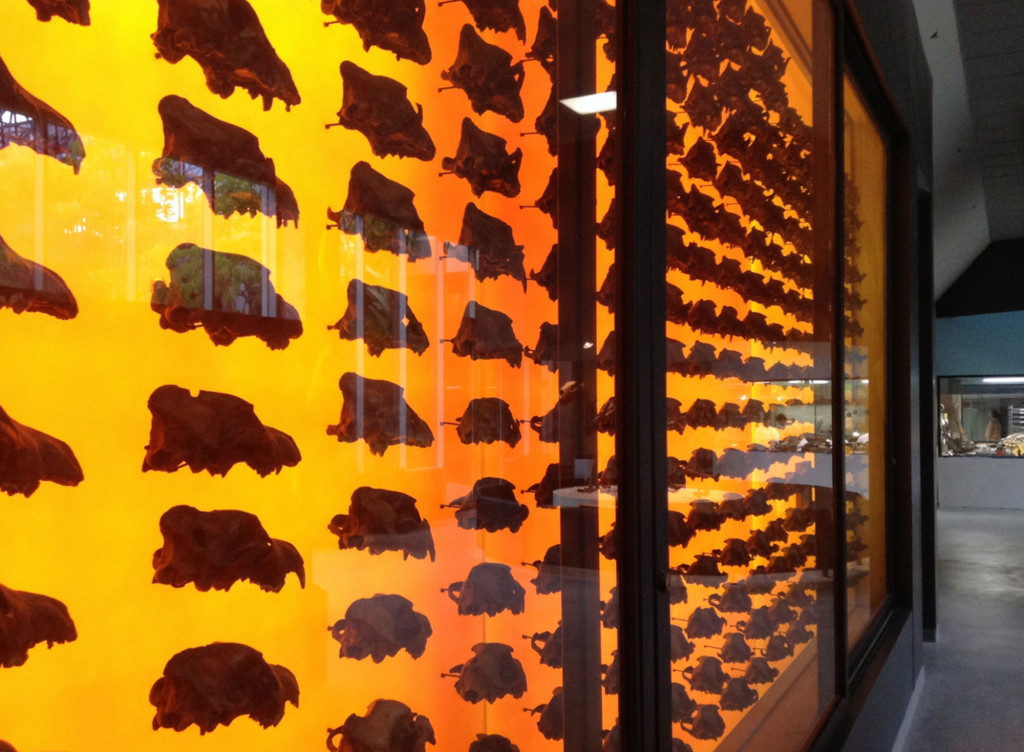 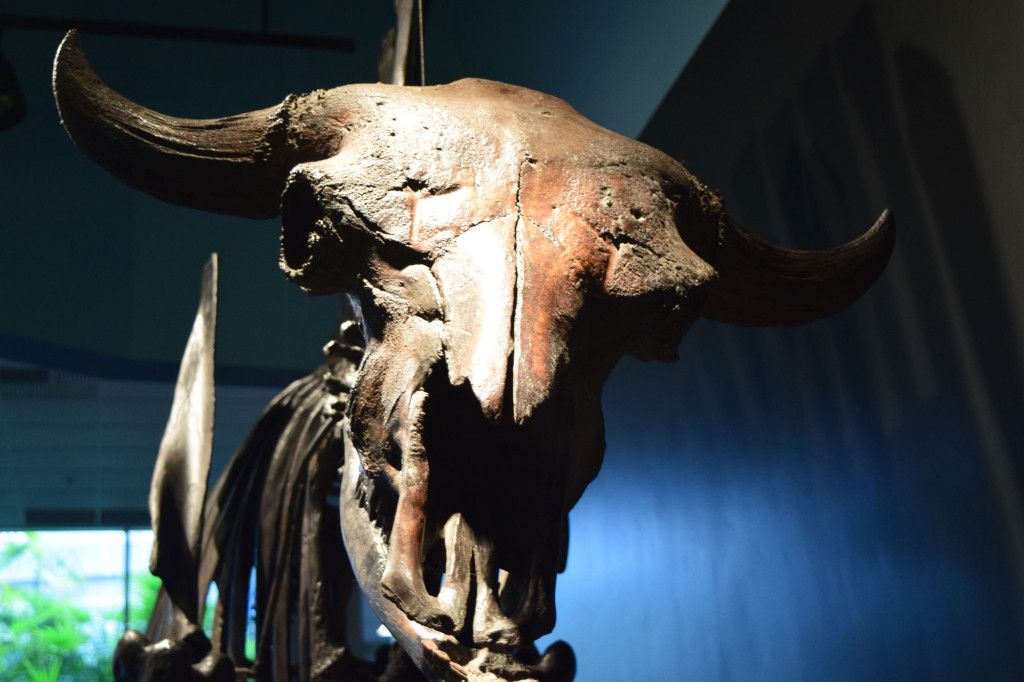 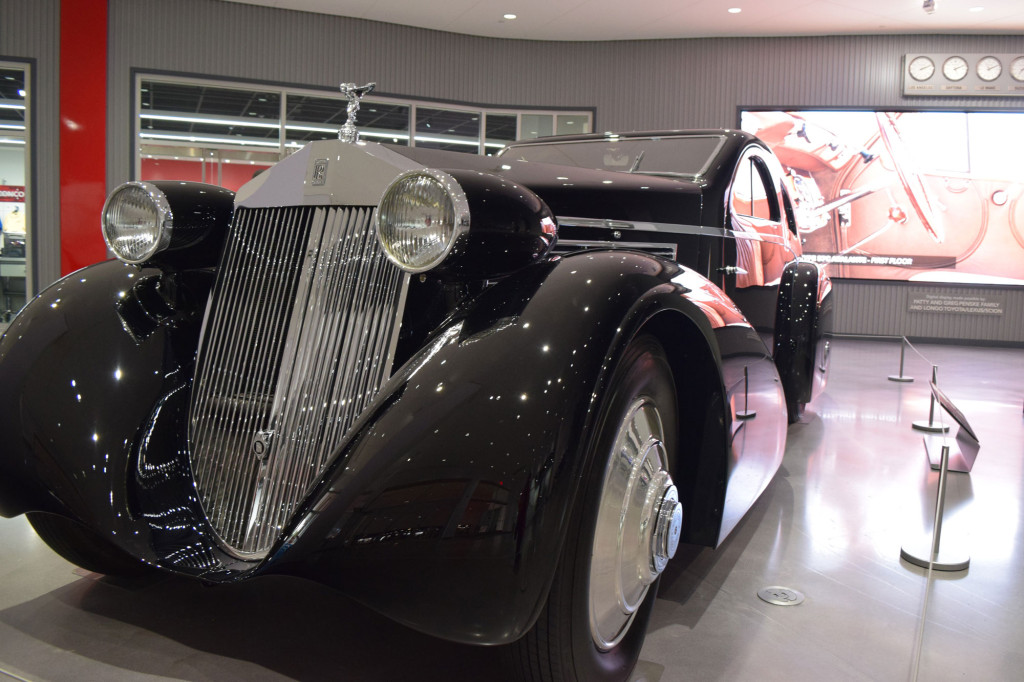 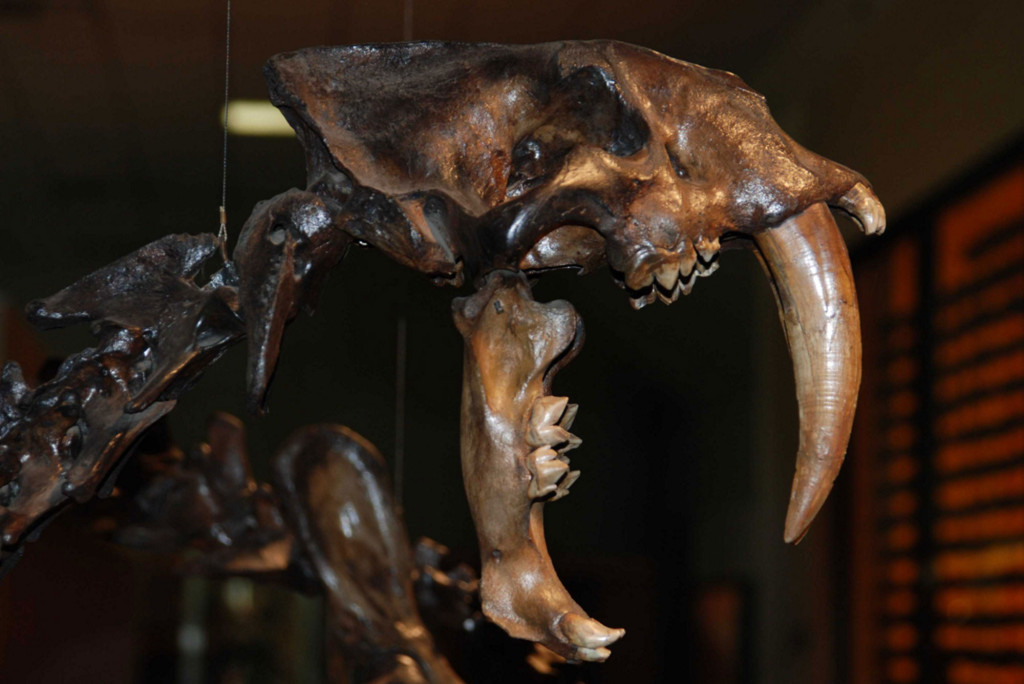 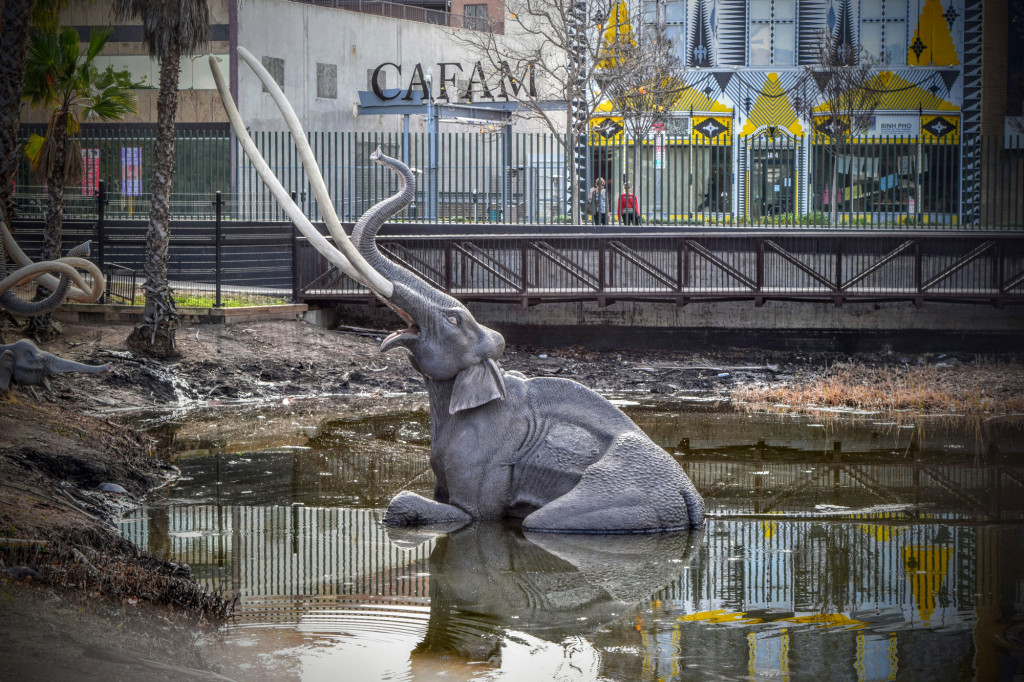 Fake Mammoth in the Tar 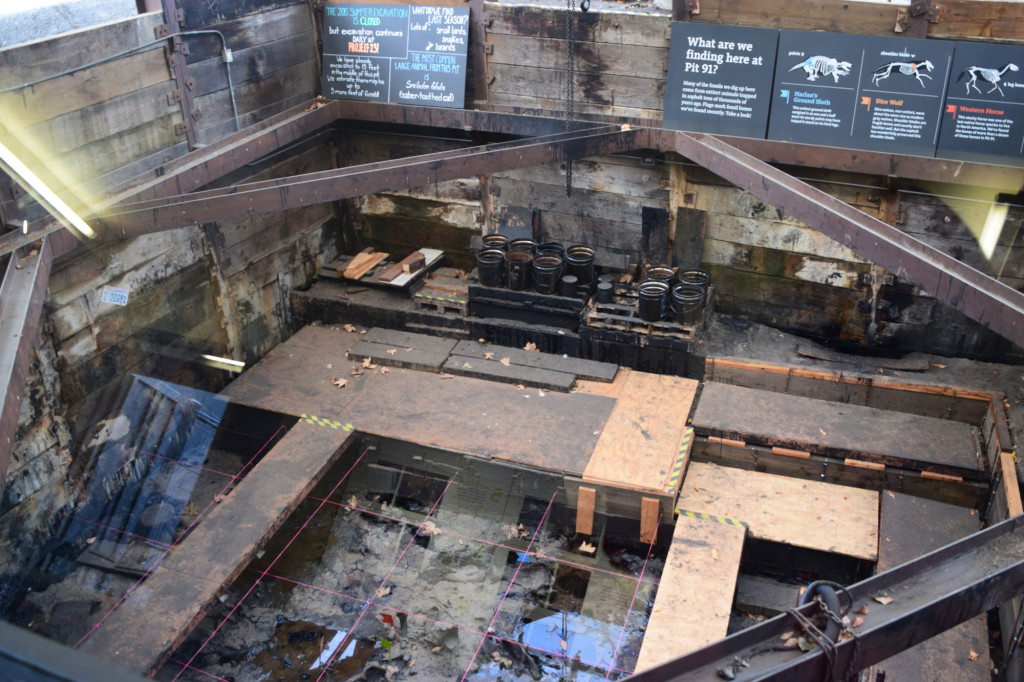 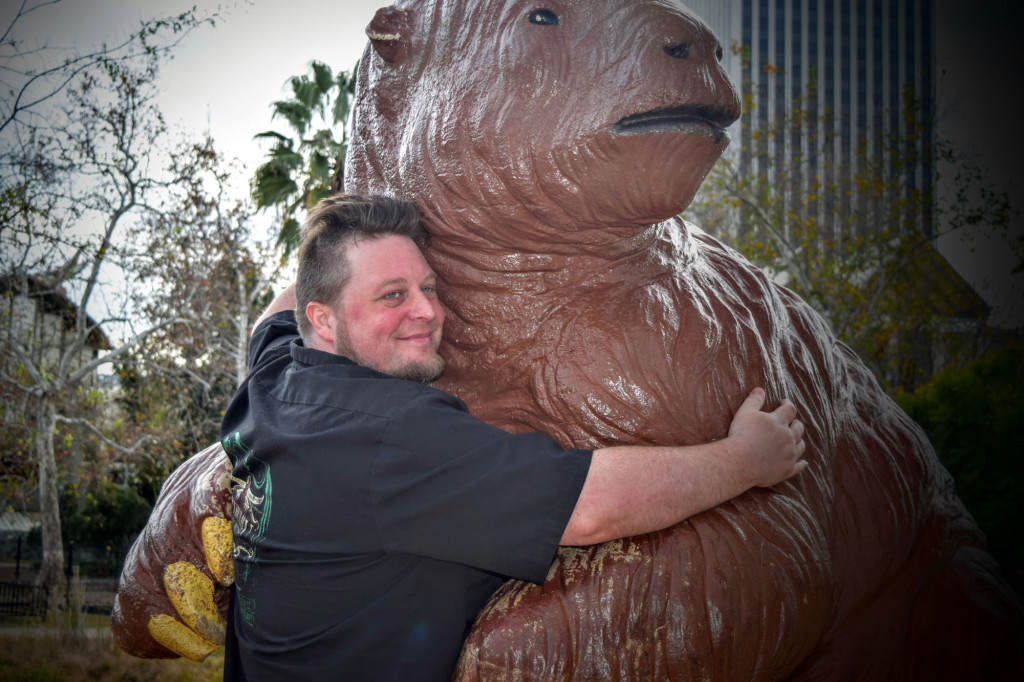 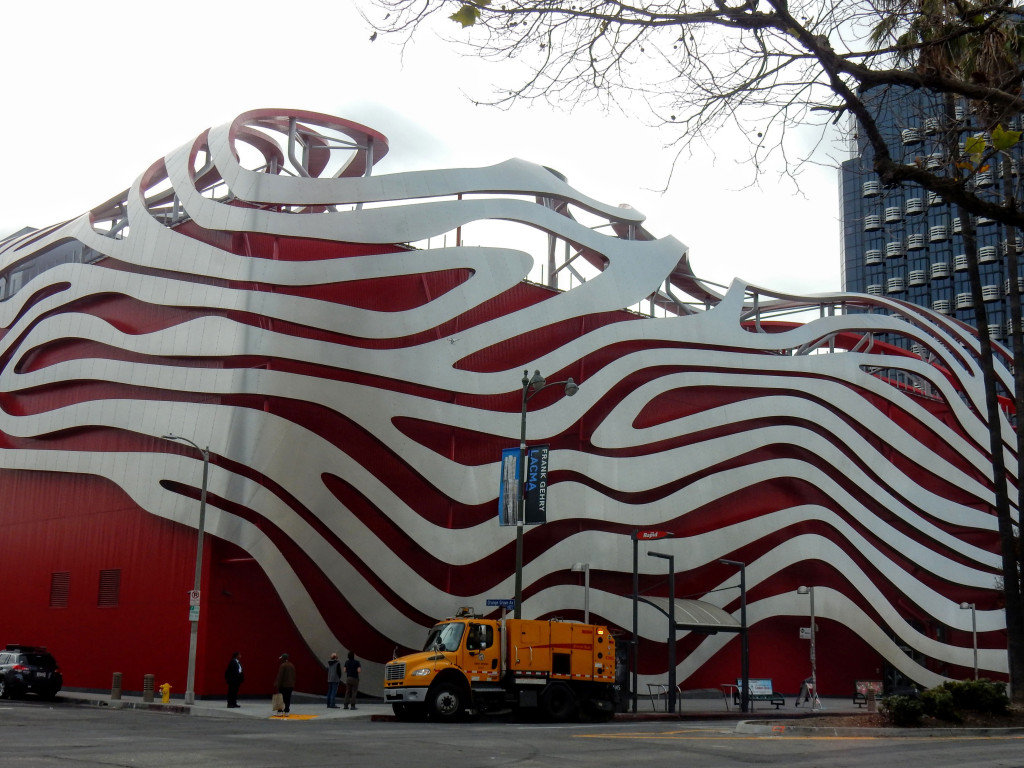 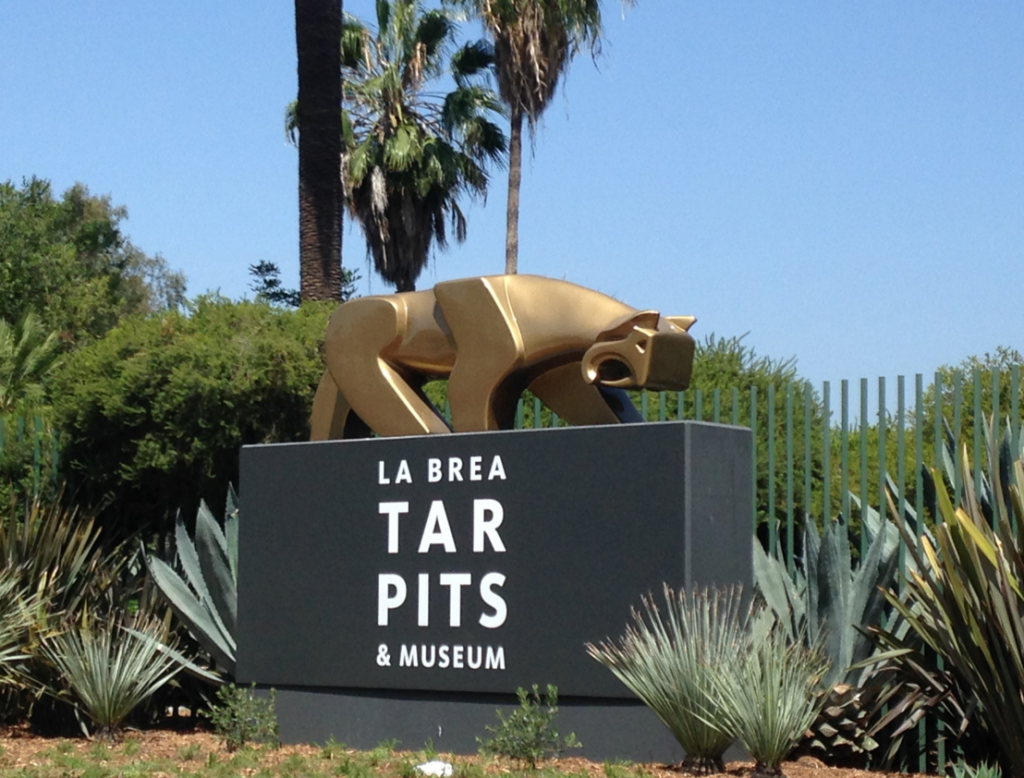 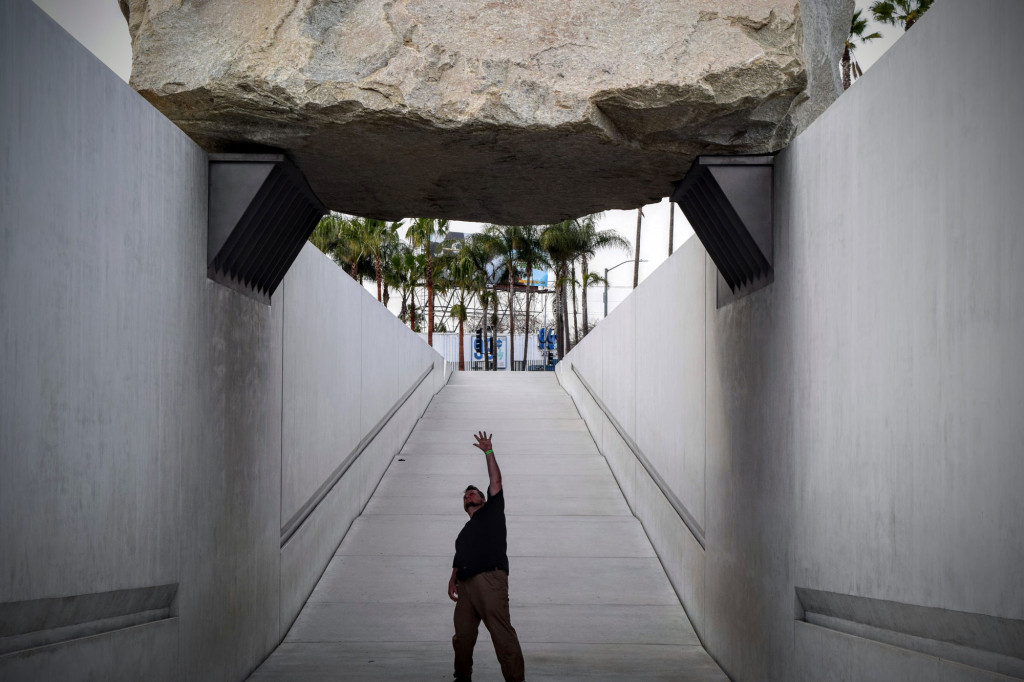 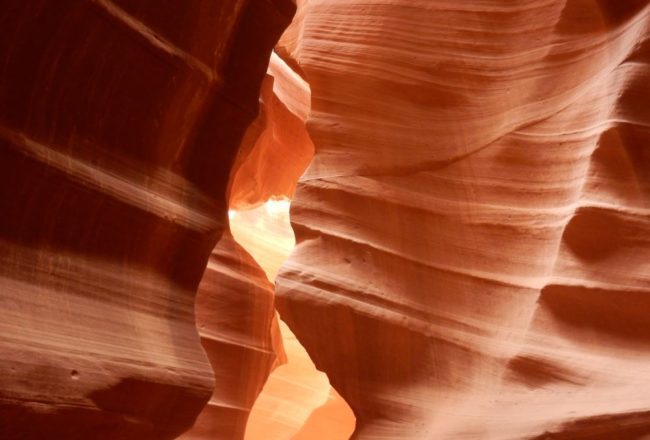 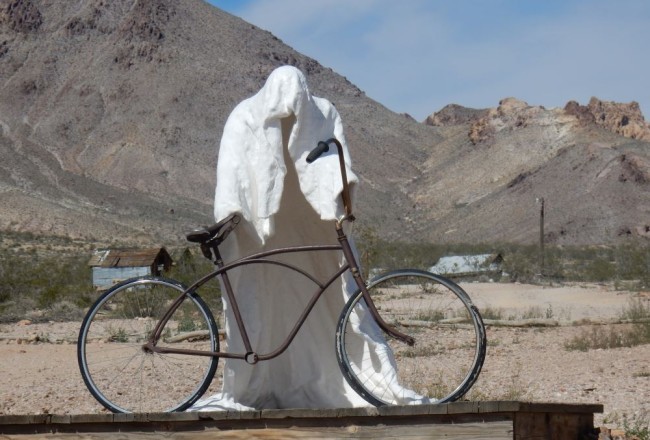