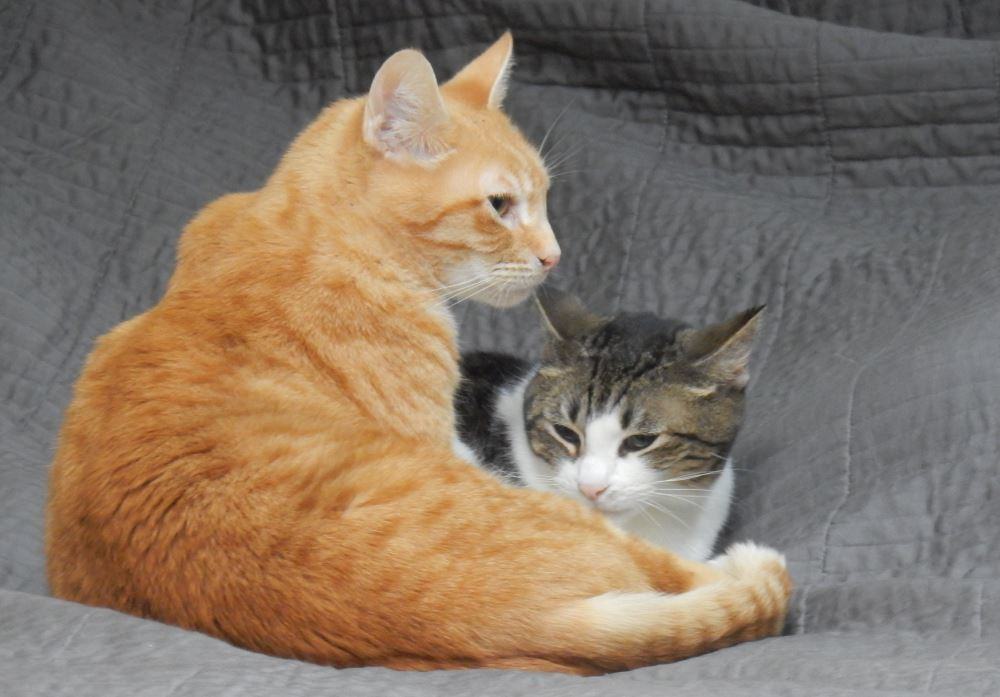 We travel with our two beloved kitties, Kekovar and Kia. We had a lot of uncertainties about what challenges we would face in getting the cats accustomed to trailer life. One of those was that mainstay of cat ownership, the litter box.

Considering the matter we discussed the many challenges

#1. Space:  The trailer is small, and open floor space is especially hard to come by. Huge cat litter contraptions or boxes were not going to fit anywhere.

#2. Smell: Cat poop and cat pee is not the best smelling stuff and it is going to just about be right in our face most of the time.

#3. Mess: The clay litter we used prior to our travels was great, but the cats inevitably kicked it out of the box and the fine grains could get into every crevice. Travelers have a really large number of crevices.

#4. Behavior: How would the cats react to new litter locations, materials and arrangements?

It is a smallish plastic cat box that uses an absorbing pad in a lower tray to collect urine and hard-reusable pellets in the top over a plastic grate to collect the poop. The chief selling point of the product is it greatly reduces the urine odor and tracking of litter outside the box. 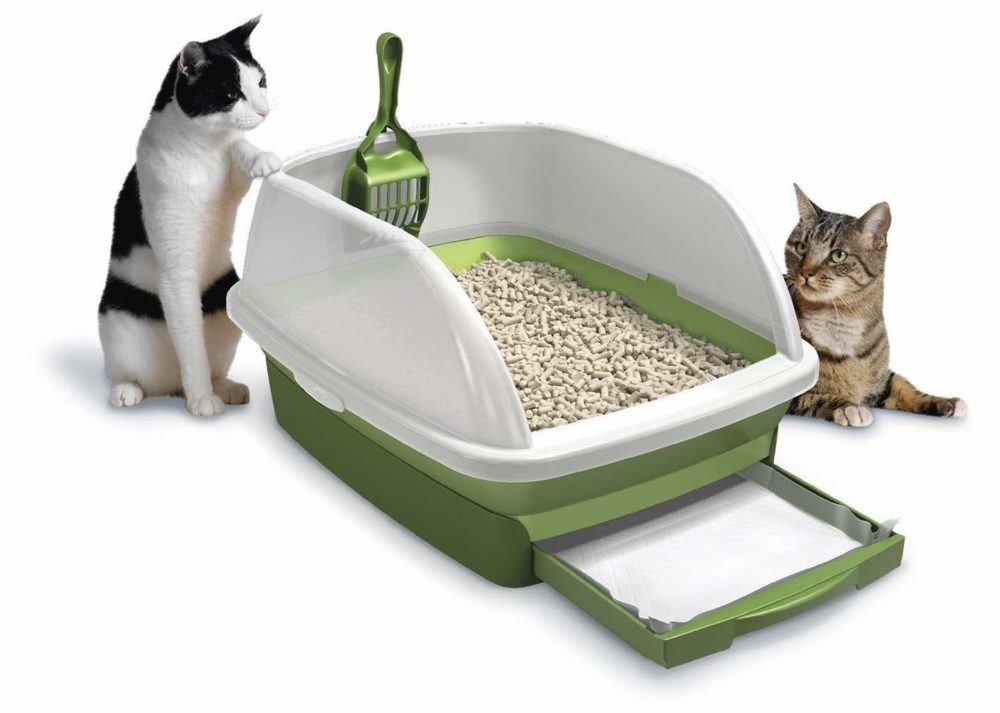 Here is what it looks like in the adds, similar in real life, cats not included.

I was dubious of it, assuming that we’d need to buy a lot of these pads and pellets and not sure if the cats would like it or if it would work well. We had tried a number of different cat boxes and litters over the years, and I found most amounted to useless and over expensive gimmicks that just didn’t work as well as a basic box and decent litter. None the less Trail is our designated family shopper so we got one and tried it out before moving to the trailer.

Space wise it was a winner. It is a fairly small cat box, as small as is reasonable. The pads and pellets don’t take up much storage space even for a few months supply. You go through about a pad a cat a week so for us that is 8 a month and they are thin. Pellets, about 2 bags a month and they are also fairly small, and much lighter than clay litter is. Our supply stash is typically about half the size of the box itself.

Space is still a premium so we tend to move the litter box around to parts of the trailer we are not actively using. At night, it goes under the dining table and in the day it tends to sit near the trailer entrance. Unlike normal litter, it is actually very light so it’s easy to move about as needed. 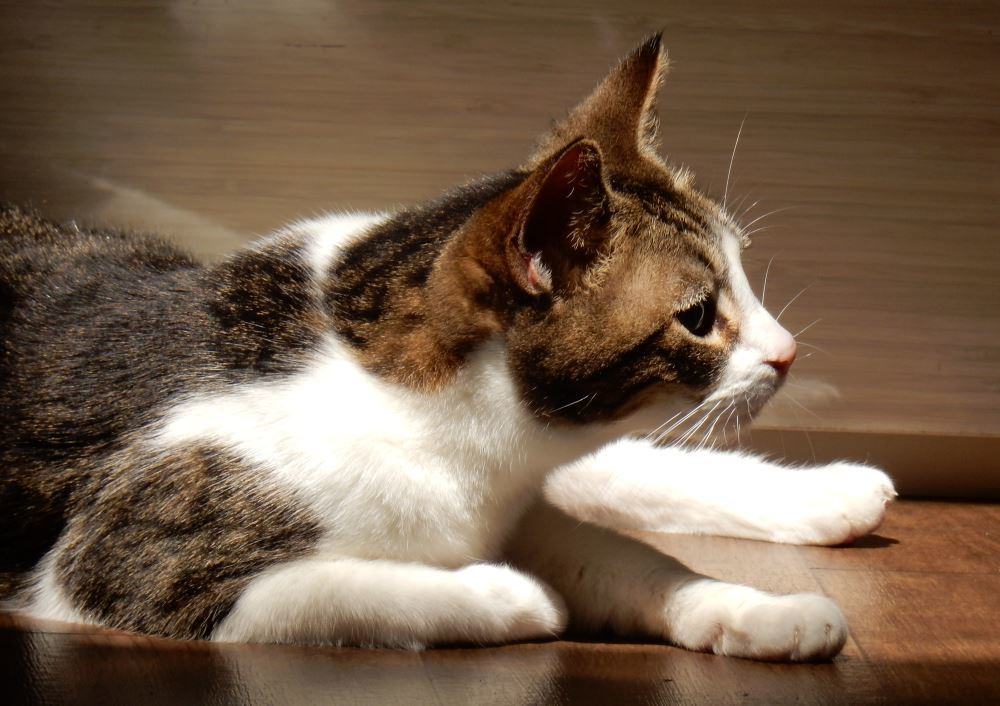 Lady Kia enjoys a beam of sunlight in the Airstream.

Odor control was harder to judge, but in general, it did a stellar job with that. On the urine side of the equation, it’s perfect, hardly any smell at all thanks to the pads soaking it all up. The poop, well that is more of a challenge. Fresh from the cat, there is a burst of odor and the pellets don’t quite cover as well as clay litter. It does die down but in the small space of a trailer, you want to get that dealt with right away if you are present for the event.

We use zip lock bags to contain the poop which is then sealed and put in the trash. Since we use a good number of bags for many other things in the trailer, we save the used ones (if not too messy) for litter duty. Scooping is really easy with the Breeze so it takes perhaps 20 seconds to clean up. Any stink bombs are dealt with using Febreze. All in all the trailer smells less of cat than our house did, which I find impressive.

As advertised this works very well to reduce the mess of the usual litter box. The sloped sides do a decent job keeping the litter in place and the pellets themselves stay intact for the most part so those that do escape don’t work their way into every possible hiding place. Ten seconds of vacuuming and all the escapees are gone.

The pads are easy to clean out provided you change them often enough. We have to change ours about every other day since we have two cats and they like water. Let it go too long and you need to be careful with the tray and rinse it out after. Even when the pad is super saturated, the odor is pretty much non-existent, a testament to how well it works.

We have discovered a weakness of the system is when your cat has runny stool. The scooper is less effective, the pellets get kind of nasty, and the box itself will need cleaning.  If your cat is regularly sick, it will be a hassle and more expensive. Clay tends to deal with this problem with aplomb by comparison. We have dealt with this by being very diligent about what we feed our cats. We give the cat box a good scrub down with new fresh new pellets once a month. 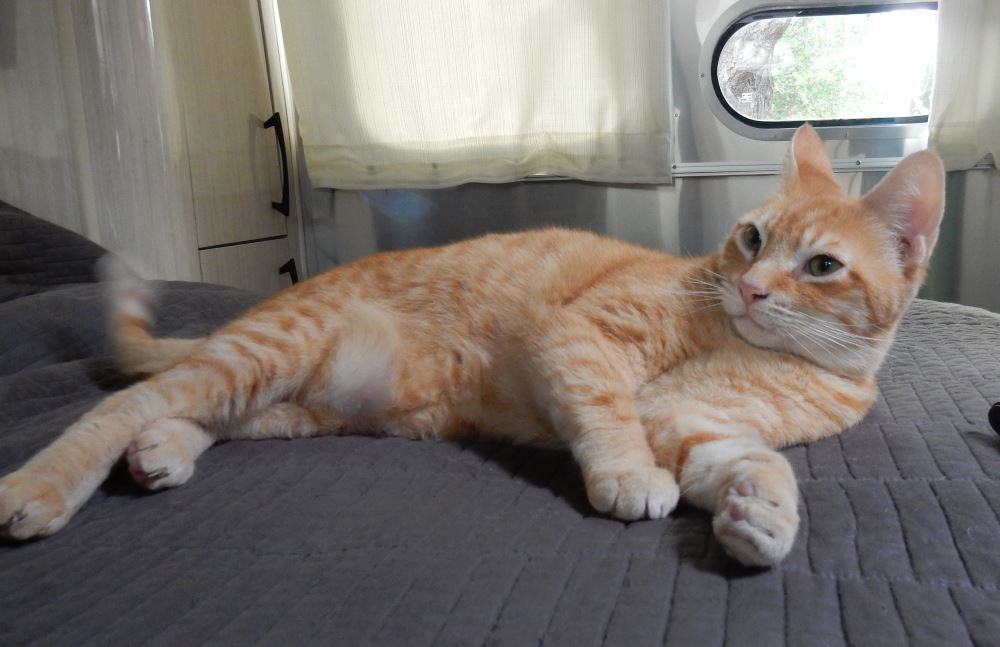 Kekovar is ready to play or have his tummy rubbed, or both!

Here is where the system does have something of a downside. The box itself is around $30, and comes with a month’s supply of litter for one cat. Pads are about $10 for a pack of 4 (one cat month) and pellets are around the same price depending on how many you order. So that’s a litter bill of $20 a month per cat. I’d say that is about double what we spent on traditional litter.

Some reviewers have mentioned they clean their pellets by putting them in a canvas bag and washing them, and thus they only rarely buy new ones. Others have reported using airsoft pellets instead, which are much cheaper and come in a range of colors but work just as well. The pads are pretty unique, however. Trying to replace them would likely result in much less odor control and more mess.

I am impressed with the Breeze and I would strongly recommend it as a litter box solution for traveling cats. I’d also strongly recommend using Ziploc bags to dispose of cat poop in a trailer. They seal the odor away quickly and completely which is critical in such a small living space. 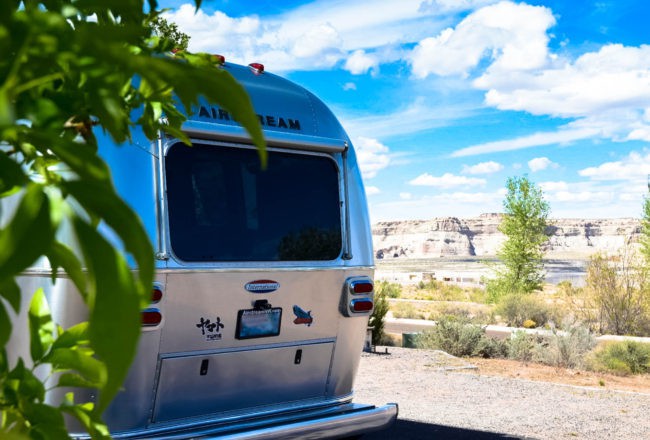 Why Are Airstreams So Expensive? 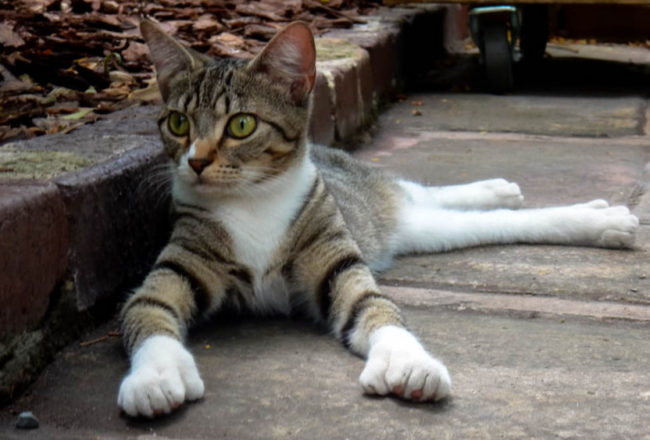 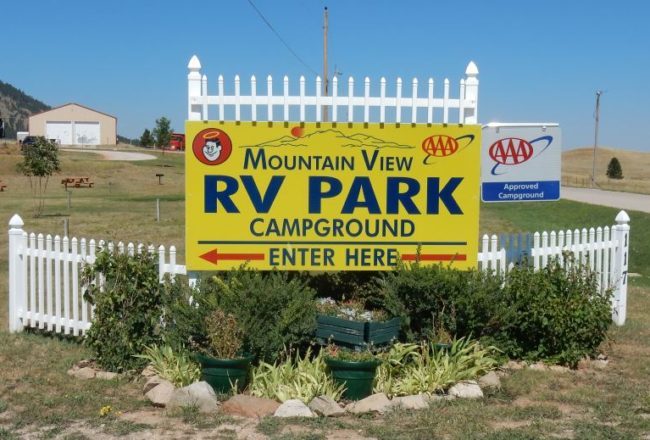