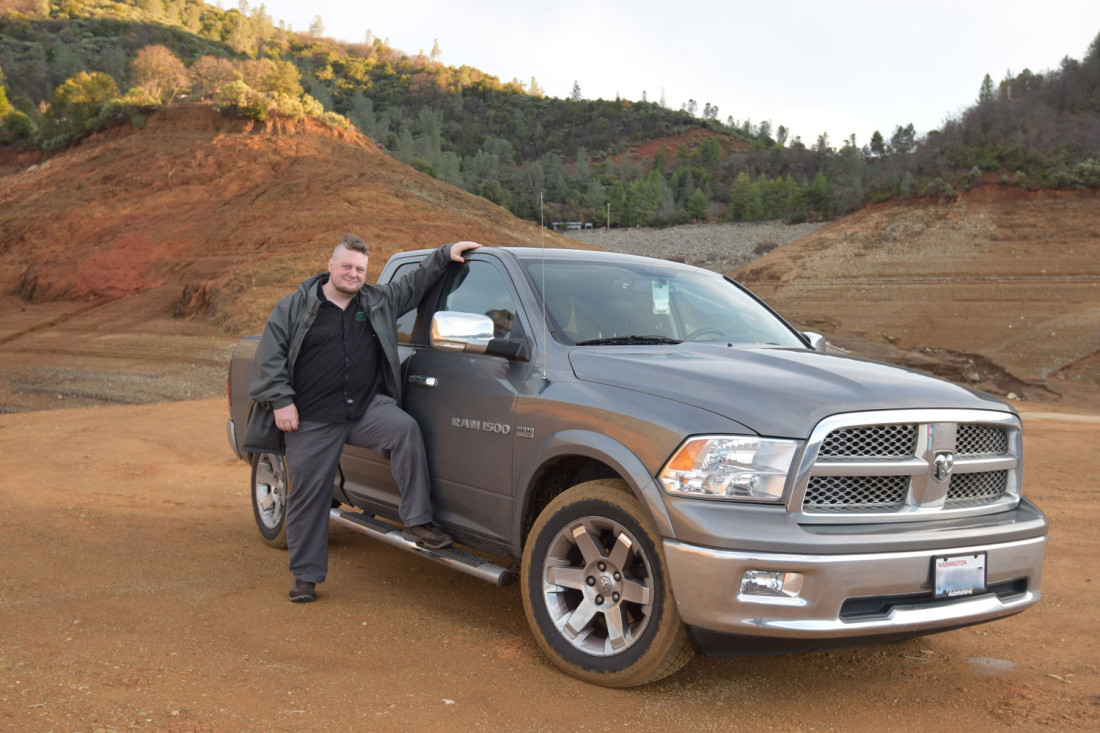 La-ra-mie, rhymes with “take care of me.” I have never been to Laramie, Wyoming.  I didn’t even know how to pronouce it until today. Apprently this town was named after Jacques LaRamie, a French-Canadian trapper who disappeared in the Laramie Mountains in the late 1810s. According to Wikipedia, Laramie was voted as one of the best places to retire in 2011 by Money Magazine.

So thus is named this particular build of RAM 1500.  I’ll be honest, I don’t trust American built cars becuse I don’t think they’re built to last. My first car, a 1991 Honda Accord lasted for 22 years before we decided to sell it.  I once read a Forbes article that rated Toyota as the top longest lasting truck brand – meaning you could go well over 210,000 miles until that Toyota truck was deemed worthless.  Dodge on the other hand was rated at only 198,000 miles before becoming a junker.

So when I sat in a Dodge RAM truck, I was skeptical. Then I saw the 115-Volt auxiliary power outlet on the dash – that really drew me in. I really wanted a way to work on my Surface tablet while on the road, and I was starting to look at 12V inverters a top one with multiple 110V and USB charging outlets, which can cost anywhere from $30 to $80 depending on quality. That little socket was a game changer.

Back to more important things: Hitch enjoyed the drive in the RAM 1500. The handling was nice, and the performance solid. As a passenger, I was comfortable with my own climate controls and heated seat.  I was happy that the cabin windows and moon roof allowed for more visablity than the other SUVs we looked at.  Hitch was very happy that it that enough power to tow the Airstream, us and all of our gear.

Like most trucks, the mileage estamates of 14mpg/20mpg are hopeful thingking at best.  Low teens are the numbers I’m expecting especially with an Airstream in the back.  Our sales rep was highly knowledgeable and explained that this particular RAM truck could automatically switch in and out of 2WD and 4WD, thus saving gas.

This is a HUGE vehicle, and like most trucks that sport oversized wheels, its dificult for a shorty like me to get in and out of.  I guess that’s why they make handles and side steps Maybe it can double as a step-aerobics ledge and aid me in weight loss. Hitch barely batted an eye-lash while getting into this truck.

I also noticed these small little cubby holes here and there. Our sales rep said they could be used as storage space.  Not for smart phones, because even that was too large.  I think they’re intended as places where your hamster or gerbil can hide while on the road.

I was really surprised on how easy the uConnect system was to use.  It connects to your smart phone via bluetooth, where it can play music, access picures, and use your address book to make phone calls – all through voice activated commands.

Overall, the RAM 1500 Laramie made us very happy. Its a utility vehicle that can easily be used as an off road sport vehicle and contains enough comfort to make us feel civilized while out in the wilderness.  I can eventually see myself driving this beast with practice, and if the Hubby is happy…well, why not!

Side note: AutoNation dealers really know their cars.  Shawn, our sales rep answered all our questions and even gave us a tutorial on how to use all the Truck features.   If you want to learn about the car your buying, this dealer is it. 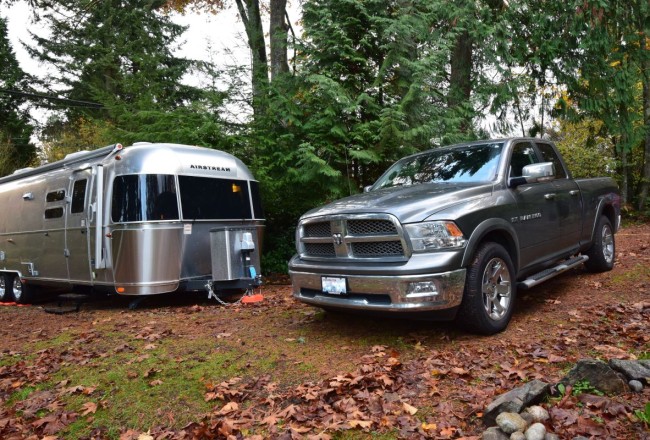