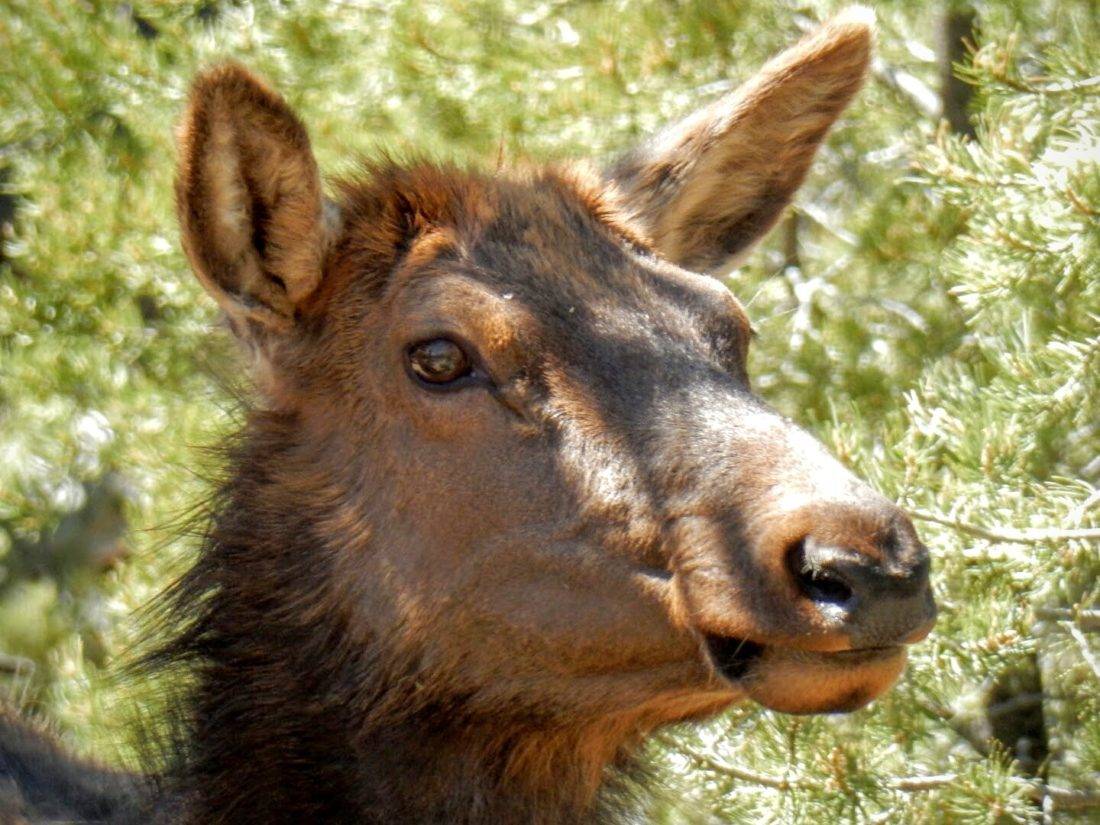 Starting from Vankamp’s Visitor Center of the Grand Canyon Village, we hiked the South Rim trail along the newly created Trail of Time. This stretch of the South Rim hike is a geology lesson exactly 4.56 km long and covers 2 billion years of history in the form of canyon rock samples, exhibits, and various kiosks. Each meter represents one million years of the Grand Canyon’s geological timeline and is marked on the path by bronze emblems embedded in the path. Since we started from the east and headed west, we moved forward in the metaphorical path of time. At each of the rock sample stations, each pedestal housed sample of rock (gathered of course from the canyon herself), the name of the rock and the time it was created. Nearby stations called Viewing Tubes allow you to spot the layer location within the Grand Canyon’s walls.

At the end of the trail, near Yavapai Point, there stood a portal which layers all the rock types in samples in a representation of the layers found in the canyon. As some kind of geologist’s joke, the oldest rock within the Grand Canyon is named Elves Chasm Gneiss (pronounced as “nice”), which is 1,840 million years old. Its age was determined through radiometric age dating the rate at which the rock naturally decays. 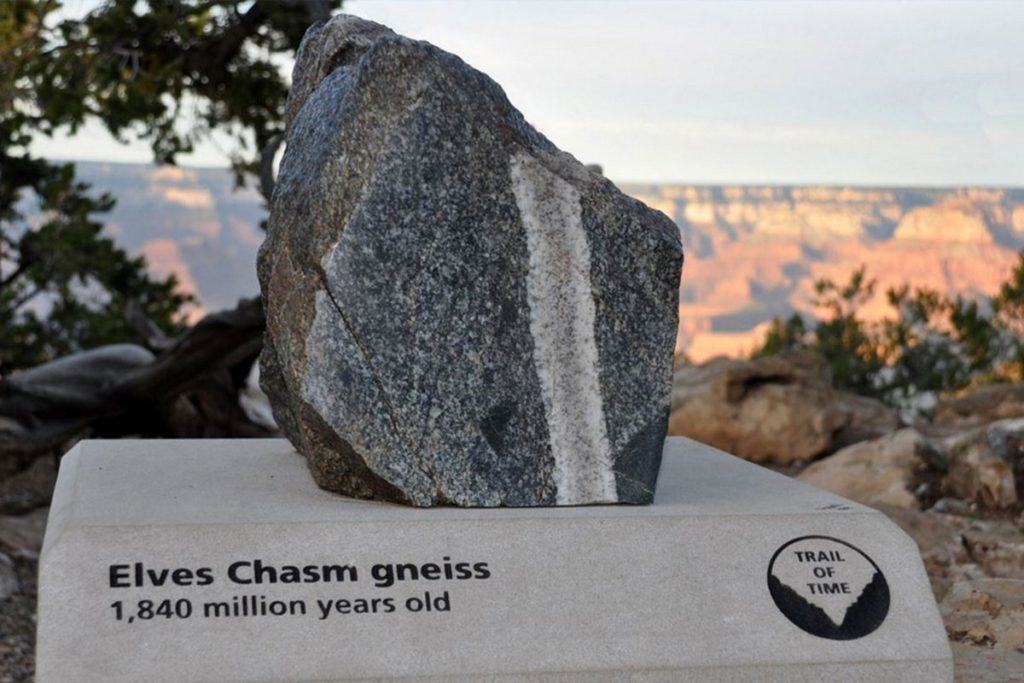 I don’t think there were elves at the Grand Canyon 1,840 million years ago.

Yavapai provides the best panorama of the Grand Canyon South Rim since it’s the most northerly and closest to the Colorado River. There are unobstructed views up and down the gorge. From here we saw Plateau Point, a bright blazing path of Bright Angel Trail leading to it. Eastward, there’s a long and thin ridge that runs from Yaki Point. Further beyond that ridge and through binoculars we sighted Desert View and the Palisades of the Desert. To the west, there was Trinity Creek and Shiva Temple, a place so named because it was thought to be cut off from the rest of the plateau country. Northward and opposite, we had clear views of Bright Angel Canyon, Clear Creek, and Walhalla plateau.

Also at Yavapai Point is the Geology Museum. Built-in 1928 for the sole purpose of geological education, the museum does contain the obligatory gift shop, but its a short side note to her wealth of Grand Canyon knowledge.

From Yavapai Point to Mather Point, we walked a little less than one mile. It is an easy paved trail, like most of South Rim but its where we caught mother elks and their yearlings feasting on spring growth. Mather point is iconic and crowded with tourists due to its proximity to the Visitor Center. Mather reaches out into the canyon like an isthmus of the sky, and in a sea of students, cell phones and selfie-sticks, we saw Garden Creek, Bright Angel Trail, and Pipe Creek over the metal guardrail. Eastward we caught a glimpse of Cedar Ridge, O’Neill Butte, and parts of South Kaibab Trail. 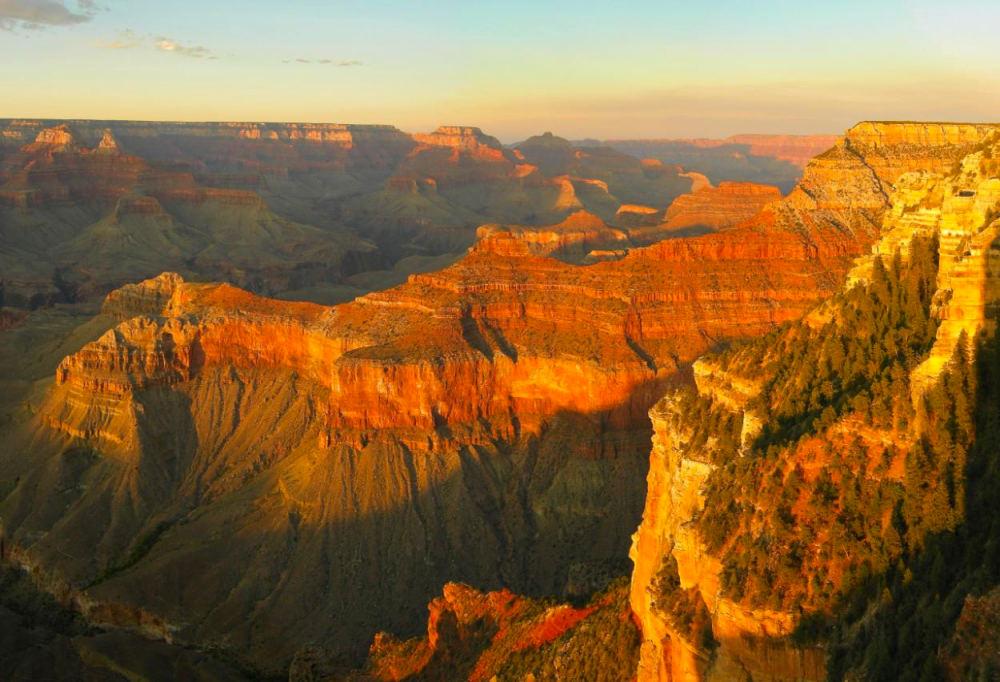 Just south of Mather Point, is the newly built Grand Canyon Visitor. Outside exhibits welcome visitors, while documentaries inside the theater entertain and educate those seeking more. There is also a bookstore and gift shop, and a bicycle rental shop. This is also the central station for the South Rim shuttle system.

Though this portion of the trail is crowded, it’s easy and provides some of the best and iconic views of the Grand Canyon. It also happens to be the most accessible portion of the South Rim trail, great for wheelchairs and baby strollers. I highly recommend this hike for all ages and those bringing large families. 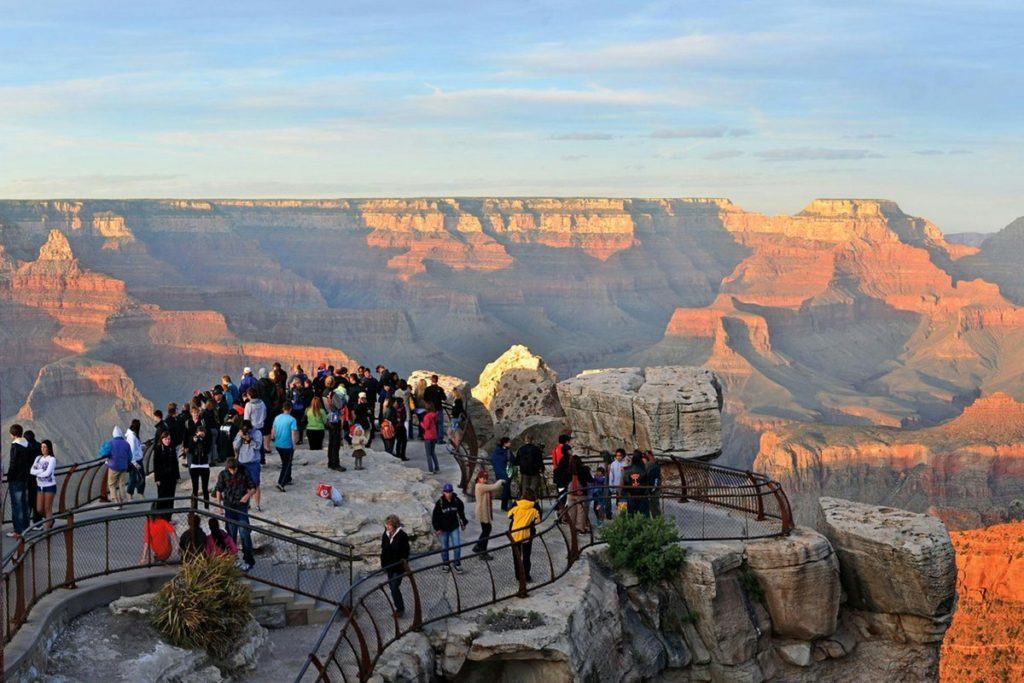 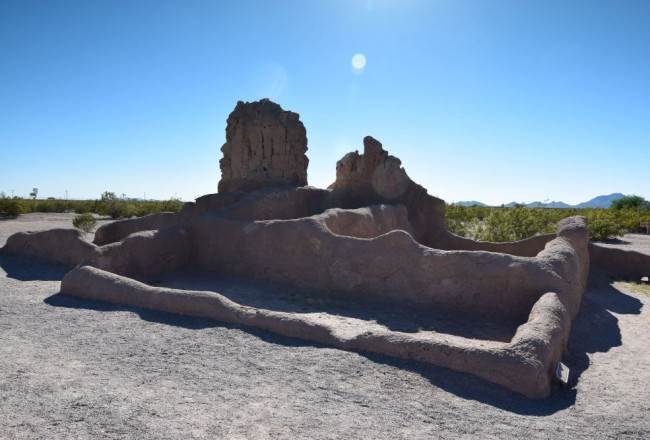 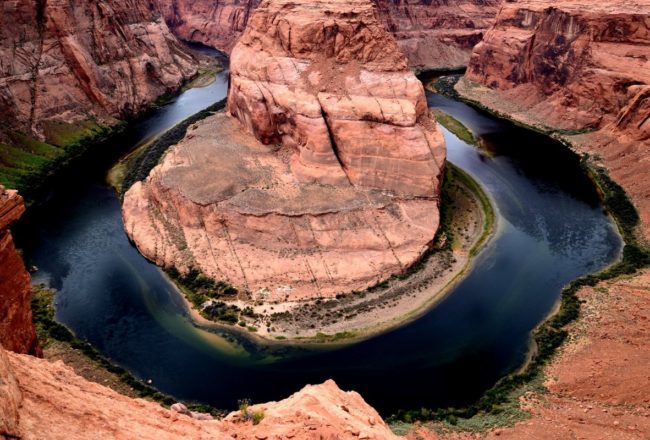 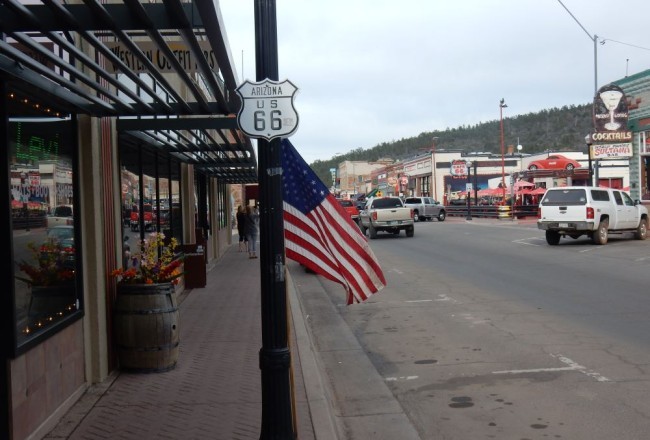