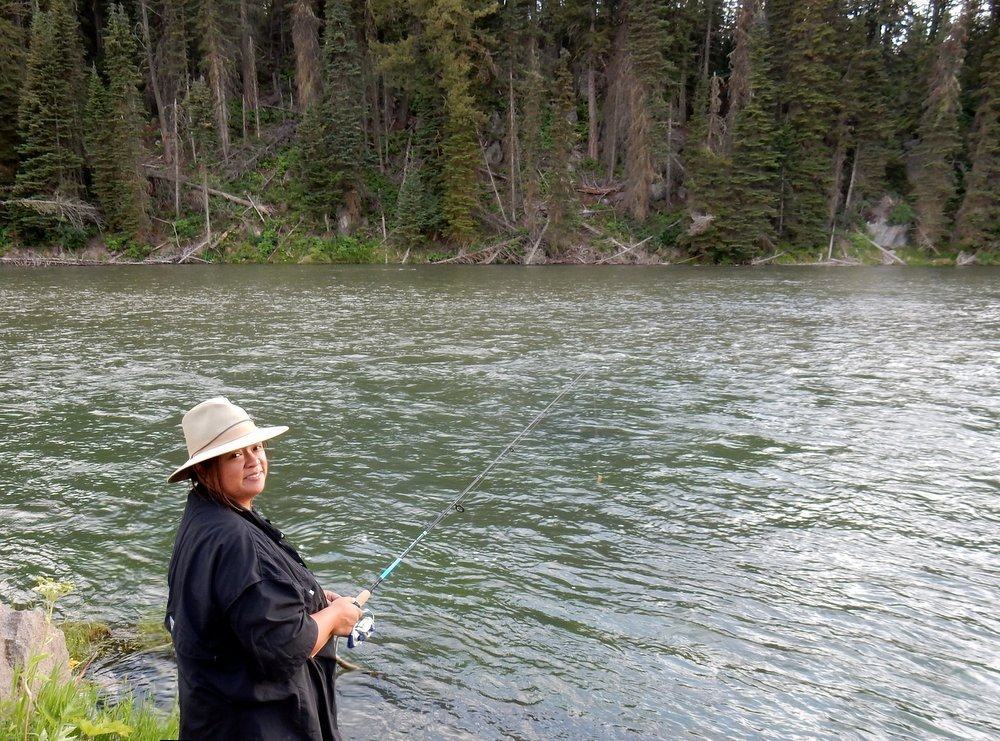 Ever since we departed Seattle on our nomadic lifestyle, I’ve been thinking of all the outdoor activities I wanted to try and fishing was pretty high on my to-do list. I’ve never “really” been reel-and-rod fishing, and of the times that I do kind of remember fishing was when I was a very little girl. We’d leave early in the morning and end up under the cold wet rain of the Pacific Northwest. I recall being given a fishing line with a hook and some bait, no real fishing rod. I was told that once I caught pneumonia on one of those fishing trips (something I barely remember), and thus haven’t been fishing since. When we finally reached Idaho I decided that it was time to get geared up for a real fishing trip.

The type of fishing I wanted to try was spin fishing, which is a type of angling technique where you are using spinnerbait, spin lures, and/or a type of lure that spins in the water as you reel it in. Hitch has been fishing a number times with his father as a boy, mostly within the wilderness of Alaska, so I relied heavily on his knowledge.

Hitch casting a line near where Buffalo River and Henrys Fork River meet.

Our first step was to get some gear, and for that, we went to Cabela’s and got two Shakespear Lake & Pond fishing kits, which includes a 6-foot rod, a spool filled with 6-pound monofilament fishing line, and a beginners tackle and box. Cabela’s also sells fishing licenses, so we got two 3-day permits to fish in the state of Idaho. The lures included standard ones, spinnerbaits, spoon lures, and a few soft plastic ones that look like worms. A nice well-rounded assortment for lake, pond, and stream fishing.

Due to Hitch being sunburn sick on one of our fishing days, we were down to only 2-days of fishing. For our first day, we went to the south shore of Henrys Lake, located in east Idaho. Henrys Lake is a high mountain lake and is famous for cutthroat, brook, and cut-bow hybrid trout. Much of the fish comes from the fish hatchery from the north side of the lake. The lake itself covers about 6,000 acres and is considered a shallow lake with a max depth of 25 feet. It’s mostly boat fishing at this lake, but we decided to try our hand at shore fishing at the only spot where the depth changes quickly. I mostly practiced tying fishing knots and casting. After tying my ump-teenth knot, I settled on the Palomar Knot, which is an easy one to remember. 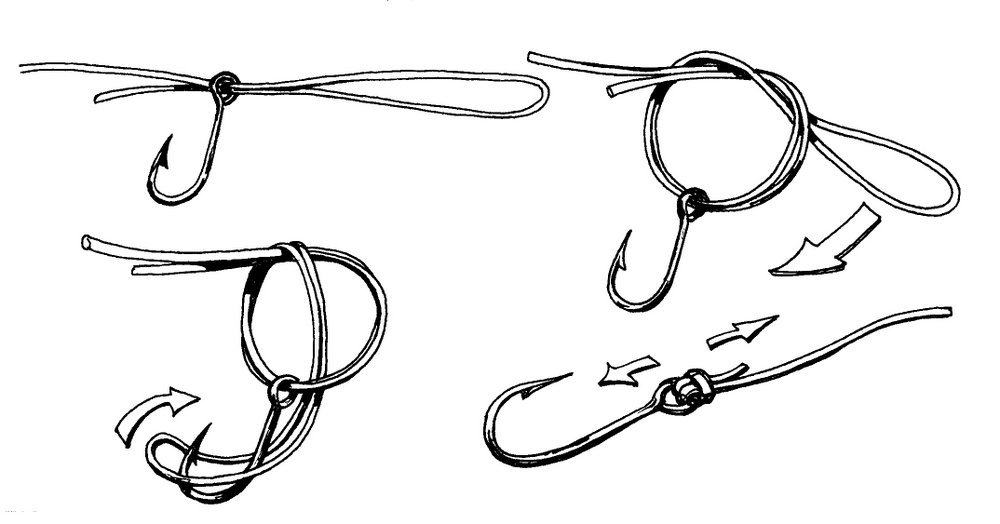 Hitch taught me how to do a Palomar Knot. Easy Peasy!

While we were fishing, we had a few local visitors. One elderly gentleman came by with his adult daughter and told us that he use to fish at the very spot we were at, but over 65 years ago and with his wife. He also told us a story of a local doctor that liked to go ice diving in Henrys Lake. That doctor didn’t come up one day and they found is body the following spring. A sad fishing story, from a local fishing pro, but he did give us tips on where else to fish in Island Park.

After a couple of hours and not a nibble to be had at Henrys Lake, so we decided to move our operations. We selected a spot frequented by the locals, just south of Island Park Reservoir Dam within Targhee National Forest. Here we found a place where the Buffalo River and Henrys Fork River meet. Patronized by mostly fly fishermen, we decided to give this area a try. We saw plenty of fish jumping and swimming, but we came away fishless. Still, I enjoyed my sun lounging and the scenery while practicing knots and casting my line. 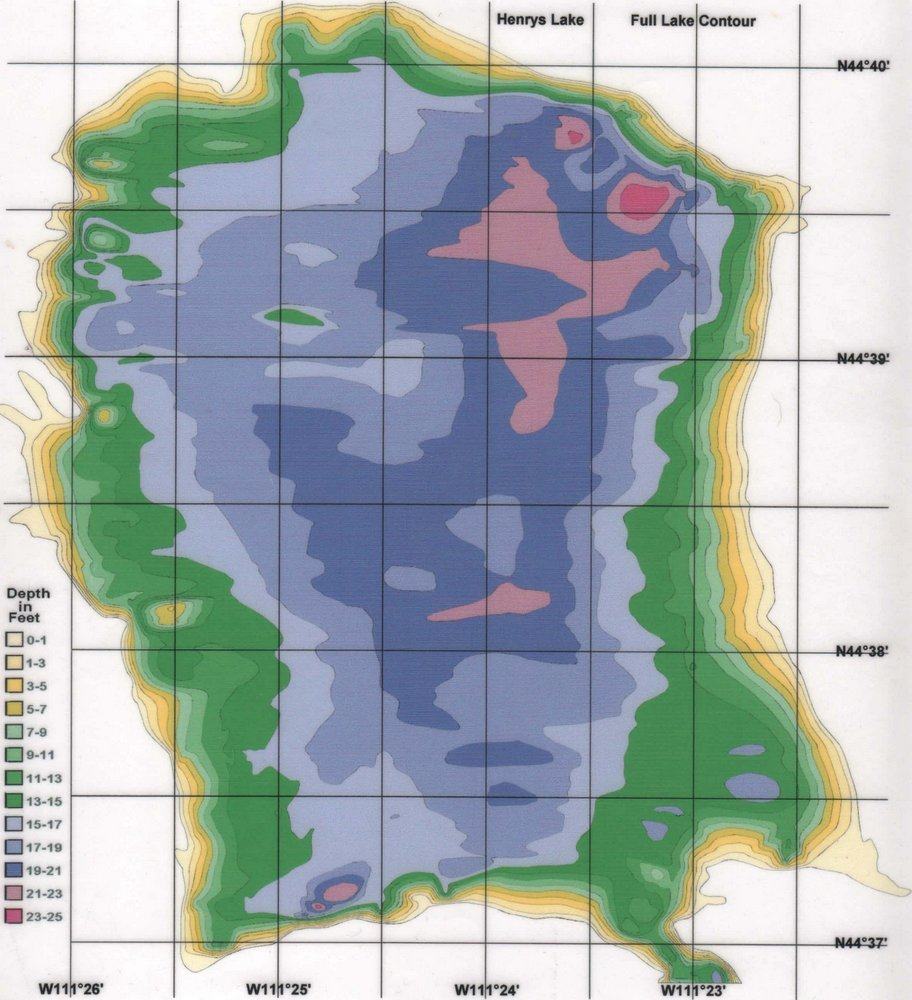 On our second day, we went back to Henrys Fork but on the north side closest to the dam, and along the banks of Buffalo River. We even bought some lures recommended by a seasoned local fisherman, some power bait, and a decently priced fishing net. Having read that trout prefer to feed either late or very early in the day when the waters are cooler, we were out by 5pm. I was surprised to find osprey and other fishing birds out in force also hunting for fish; I guess they read the same websites I did for fishing tips! Since the water looked fairly deep and slow moving, we even tried a bit of float fishing.

After an hour of nothing, we moved just south of the dam on Henrys Fork itself, where we found a boat launch and two other anglers. Hitch got to talking with one of the fly fishermen and got some nice tips on where to fish along the bank. The water here was pretty fast with some white water, so we switch to a lure recommended by the pro fisherman we met earlier. Apparently, the trout here tend to go after a brass Kastmasters, which is a simple looking lure that won’t bend or break, and keeps its shine.

As the sun dropped just below the treetops and the bugs came out in force, I heard a whoop from Hitch and looked up to see him reeling in a fish. He brings it in for me to see and I can tell instantly it’s a rainbow trout just shy of 10 inches. We quickly put it in the cooler with some water. With all the gear we bought and the licenses I know Hitch wants to eat his catch. 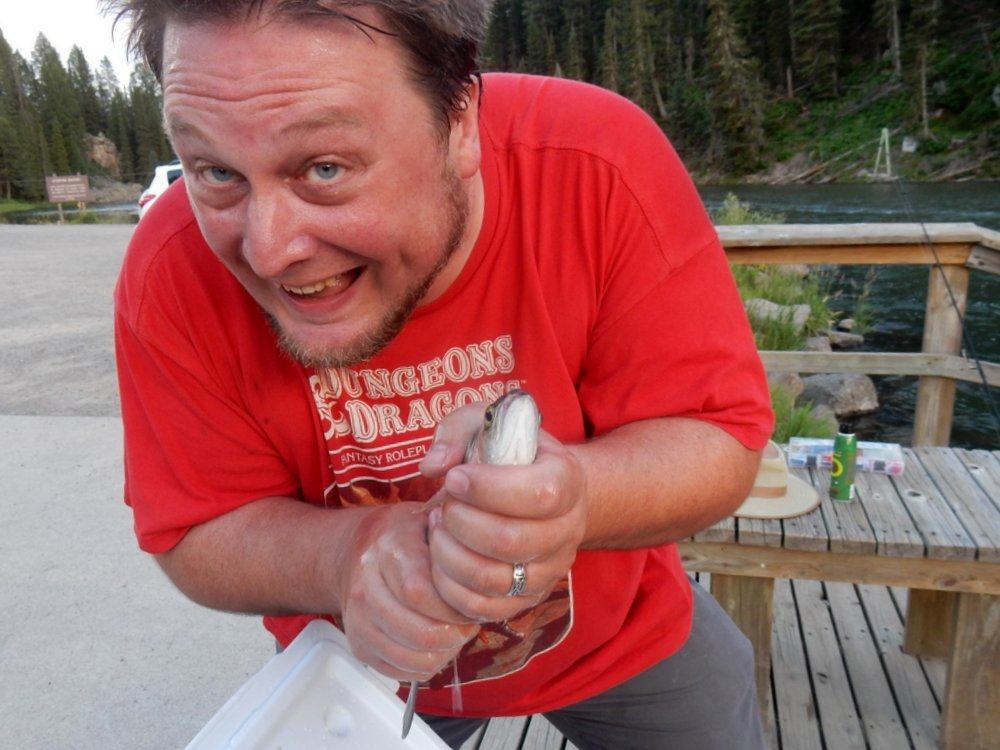 Hitch is looking pretty scary here, but the fish is slippery, and he’s feeling pretty goofy! Hitch I mean…not the fish.

I have to say that I like fishing. It’s relaxing and enjoy just chilling in the outdoors. And although we only caught one fish, I certainly learned a lot about fishing. We spent about $135 for gear, plus another $50 in licensing, so about a total of $185. Fish per dollar, our little rainbow trout cost about as much as a fancy dinner for two. I can see how people can spend a lot more in this hobby, but I think what we have is enough for us and the occasional casual fishing trip. Now if we could catch more fish! 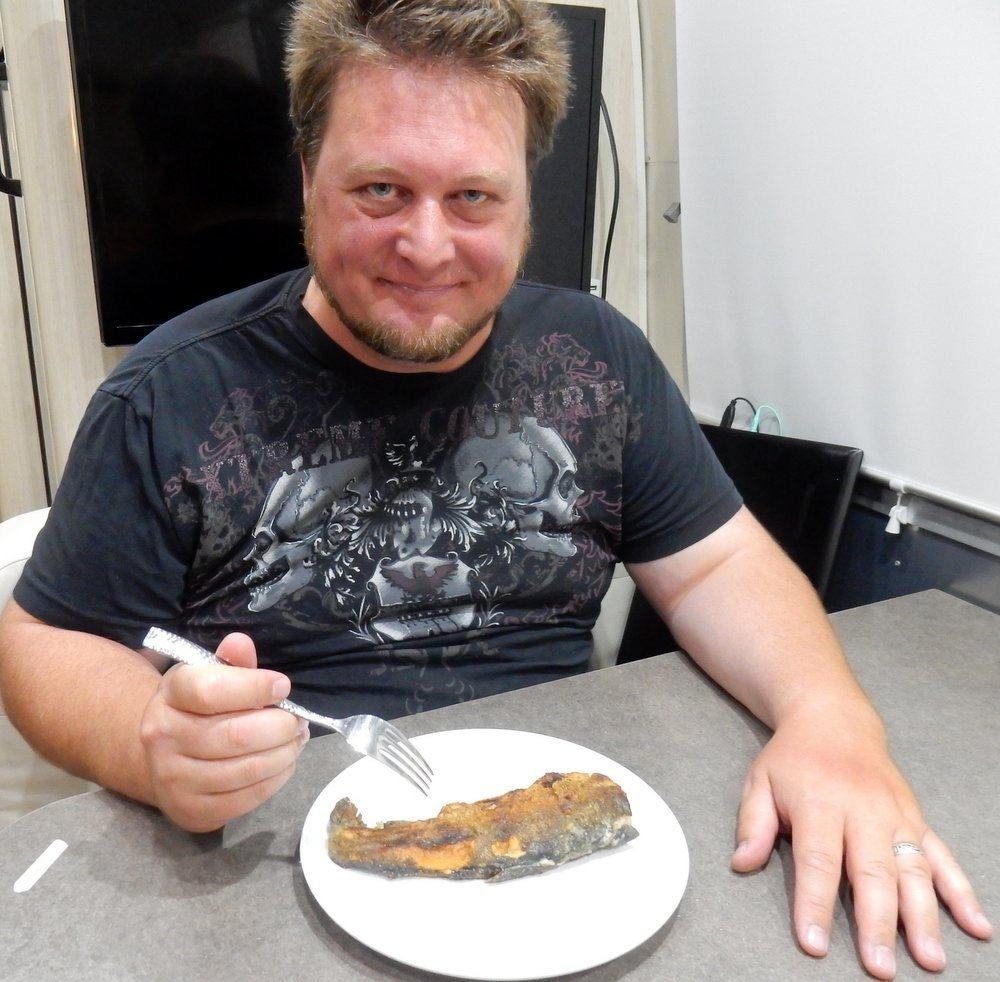 Dusted with salt, pepper, and flour. Then fried for dinner!