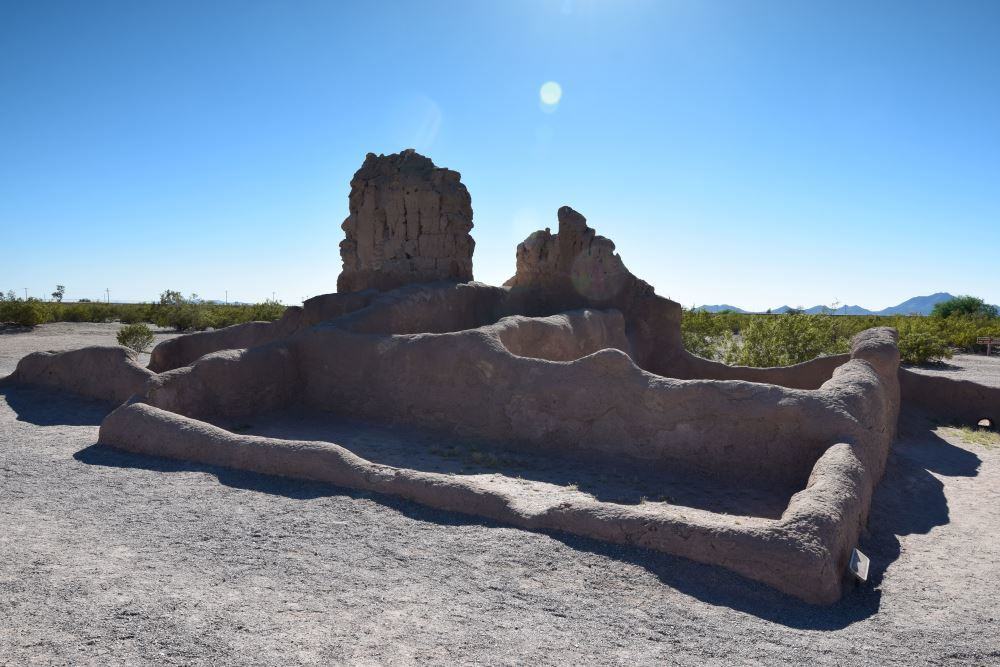 Casa Grande Arizona is home to the Casa Grande RV Resort and thus was home to us for about three weeks time. We’ve been waiting out some cold weather and spring break crowds in the Grand Canyon National Park by hanging out here, doing a fair bit of writing work and seeing local sights.

As a traditionally agricultural community, Casa Grande is somewhat spread out so it’s hard to get a real sense of the center of town. The closest we’ve come is the big mall that opened up a few years back and seems to be the commercial and suburban hub of the town. It has something of a laid back but friendly vibe to it but with a  rapidly growing suburban population. Recently while visiting the local grocery we were treated to a man on horseback clopping through the parking lot so it’s still got a fair bit of rural character left to it. 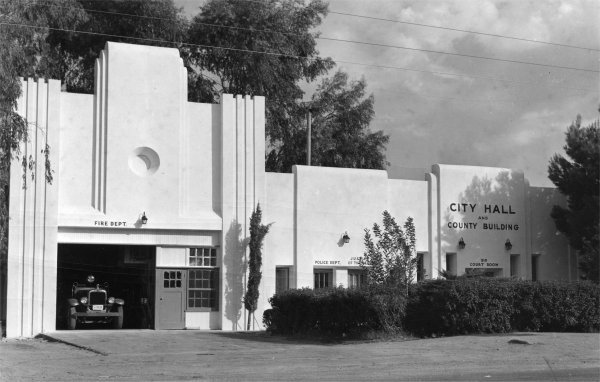 A historical photo of Casa Grande City hall, not burnt.

I learned something of the town’s history browsing a copy of the nicely produced town magazine while waiting for a Tax appointment. There were at least four separate incidents where the town burnt to the ground in just three paragraphs of history. Each time the stalwart folk of Gasa Grande built it back up again in short order. Its origin was in being a railroad stop, then a boom town, then an agricultural community, and these days is home to many that work in the nearby cities. Ther are of course plenty of snowbirds such as ourselves here as well. 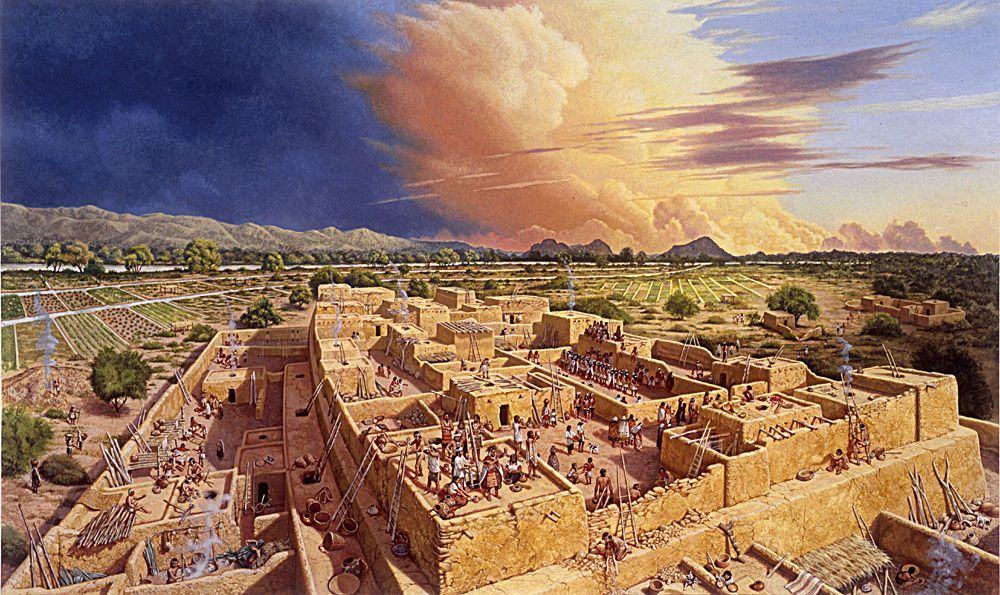 The town is named after nearby Native American ruins; remnants of a society known among archeologists as the Hohokam civilization. The Casa Grande itself is as it sounds, a big house. It’s constructed of thick adobe walls and stood 4 stories tall in its day as part of a walled compound which in turn was one of a number of such compounds in one of a number of cities in the civilization. As they had no written language, our only clues as to their civilization are artifacts they left behind, oral traditions of the local people, and a lot of speculation. 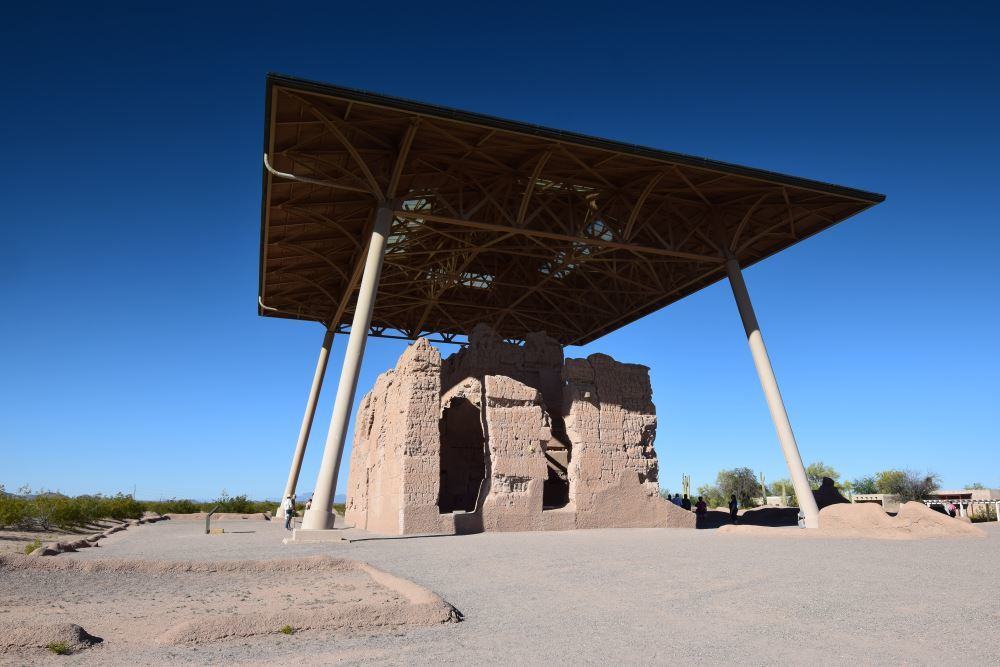 It is clear they had a prosperous civilization that spanned as much as a millennia, based largely on agriculture via canals built to bring the local river water to the fertile desert land. The very excellent volunteer tour guide at the National Monument remarked that among the many artifacts found, there were almost no signs of great battles or weapons tailored specifically to war. While no doubt they had some measure of violence in their lives, by and large they lived in relative peace for a very long time; a remarkable achievement for any civilization. The most prevailing view of their demise as a culture was a series of droughts and catastrophic floods that ruined their canals build up over centuries and led to many failed crops. The groups that composed the civilization dispersed and abandoned the towns and cities for a more rural and nomadic existence. 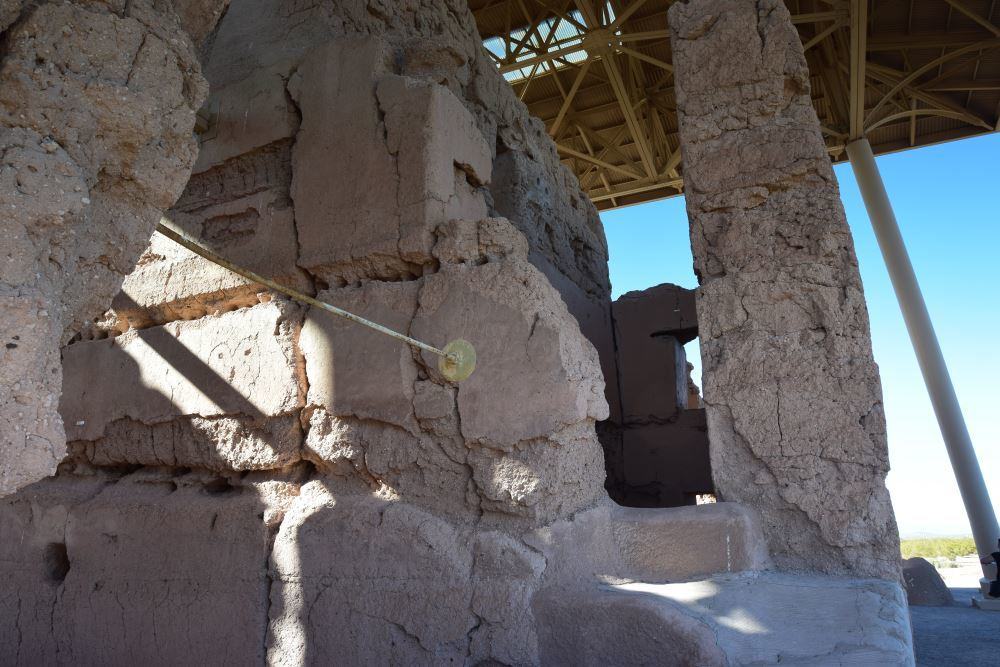 You can see how thick the walls are. The interior plaster is original, the vandalism isn’t.

The Casa Grande National Monument is an archeological site rather than a park. Surrounding the large lot covered with creosote bushes are the likes of Wallmart and Starbucks rather than majestic mountains or rolling deserts. While much of the grounds contains ruins a majority of them have been covered over with dirt to preserve them with only the compound surrounding the Casa Grande remaining. You can wander among them, though you cannot enter the Casa Grande itself, both for its safety and yours. “Please don’t lean on the ancient ruins” had to be stated by our tour guide at one point as we wandered the ruins. 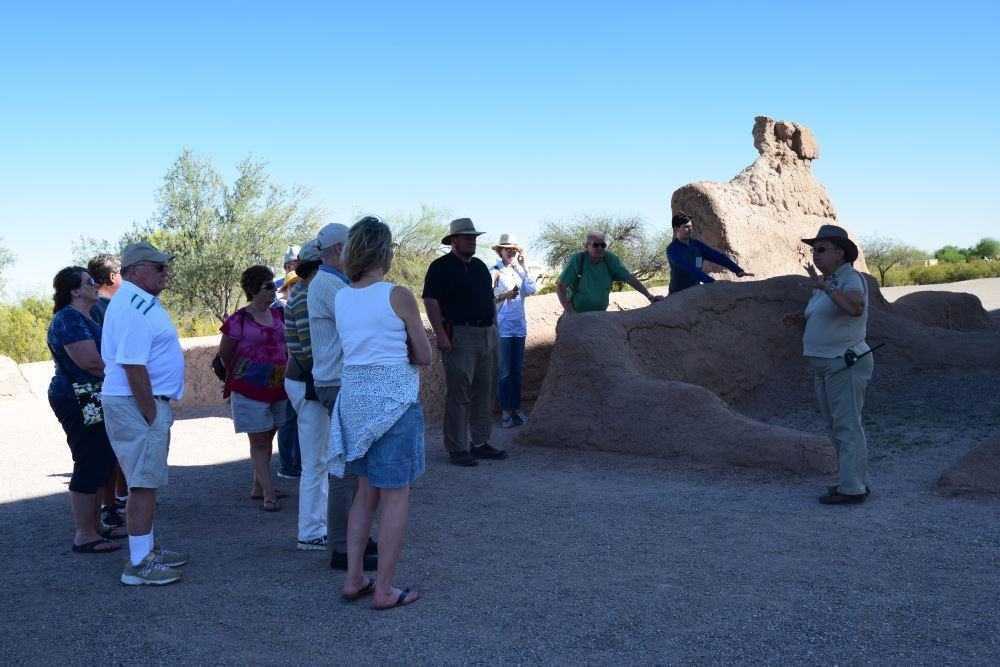 Let’s not lean on the 600 year old ruins please!

I’d never heard of the Hohokum or Casa Grande so it was really a great experience to learn of them and explore the ruins. I can’t say enough good things about the tour guide who did her level best to bring the ancient culture to life for us as we slowly wandered about. There are the usual displays of re-created and found tools, pottery and the like. It’s not an especially large or impressive collection but there is plenty to take interest in.

All in all Casa Grande is a great place to home base a number of adventures from and has some interesting history both in the are of America and of the Native civilizations that long preceded us. 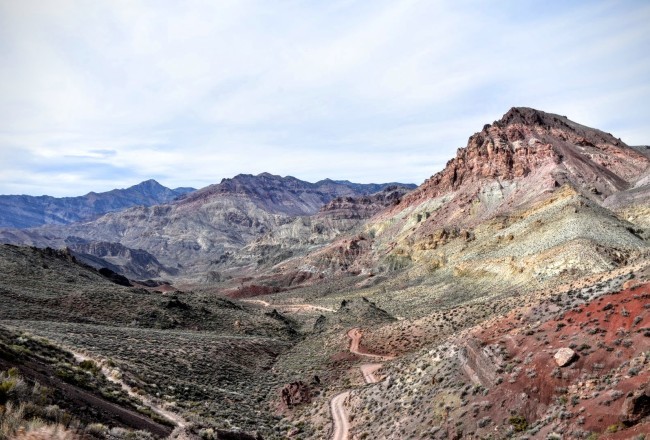 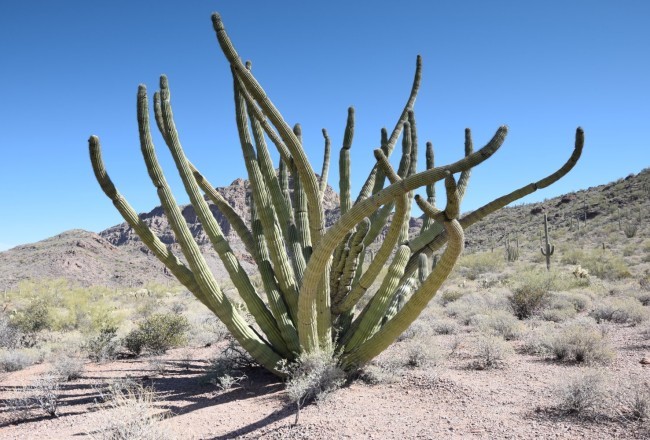