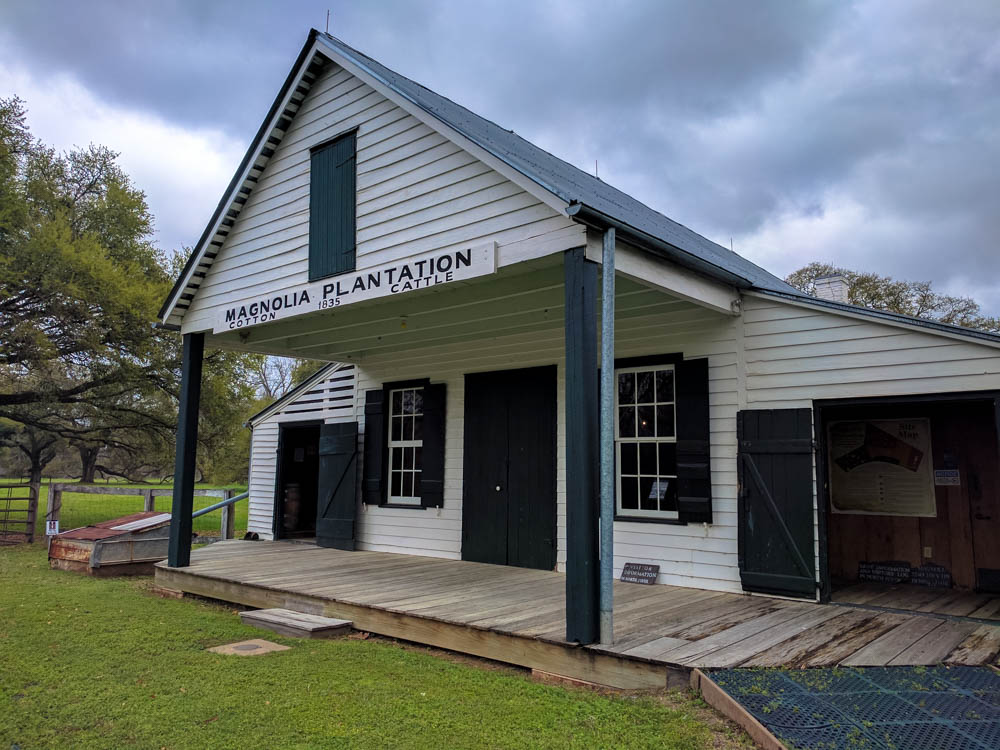 Cane River Creole National Historical Park was our first foray upon entering Louisiana. Right along Cane River Lake, reside two French Creole cotton plantations both covering a little over 63 acres. Established as a National Historical Park in 1994, the preservation and completeness in their historical setting are what makes both plantations unique. In fact, they are the most intact French Creole cotton relations in the United States, complete with 65 historic structures and over a million artifacts. The National Parks Service has done an excellent service to the history of the area and brought together the perspectives of slaves, workers, farmers and owners to light. 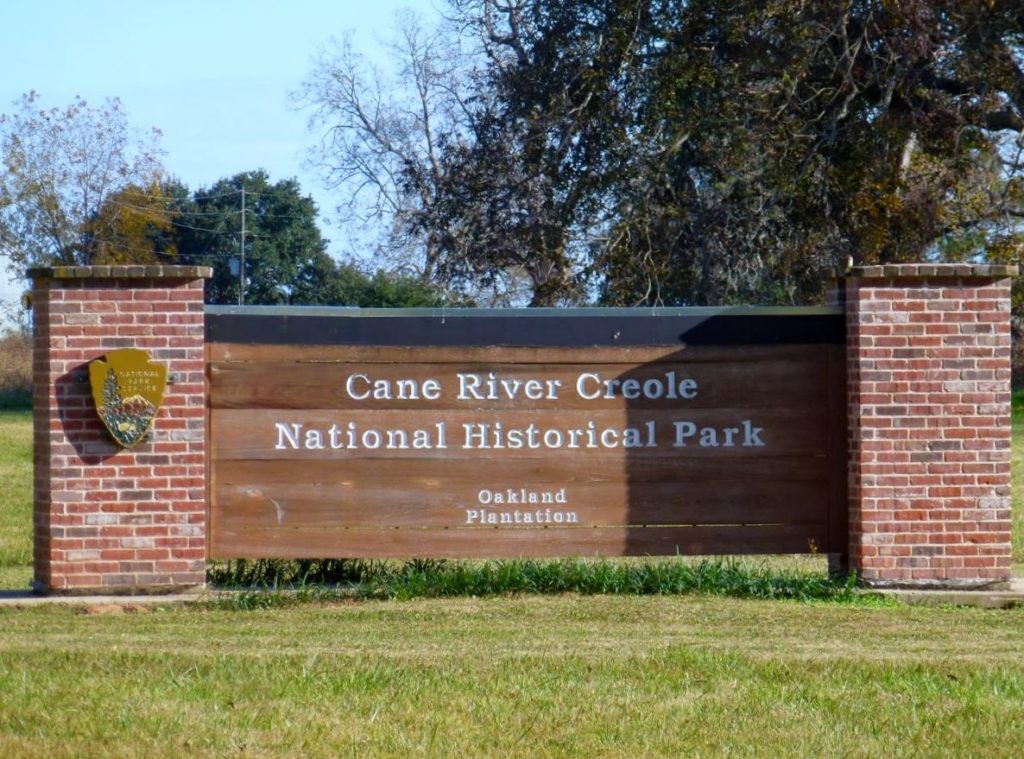 Magnolia was our first stop on this 200-year-old site. Amid 10 acres of open flat farmland, the big house is surrounded by several 150-year-old live oaks and magnolia trees. The raised plantation house is very traditional with a square floor plan and post galleries. In its hay-day, this 2½-story structure contained 27 rooms, complete with an extensive collection of Southern Empire and Louisiana furniture. In addition to the main house, the surrounding area also contained slave quarters cabins, a plantation store, a corn crib, a blacksmith shop, a pigeonnier, and a cotton press-gin building. 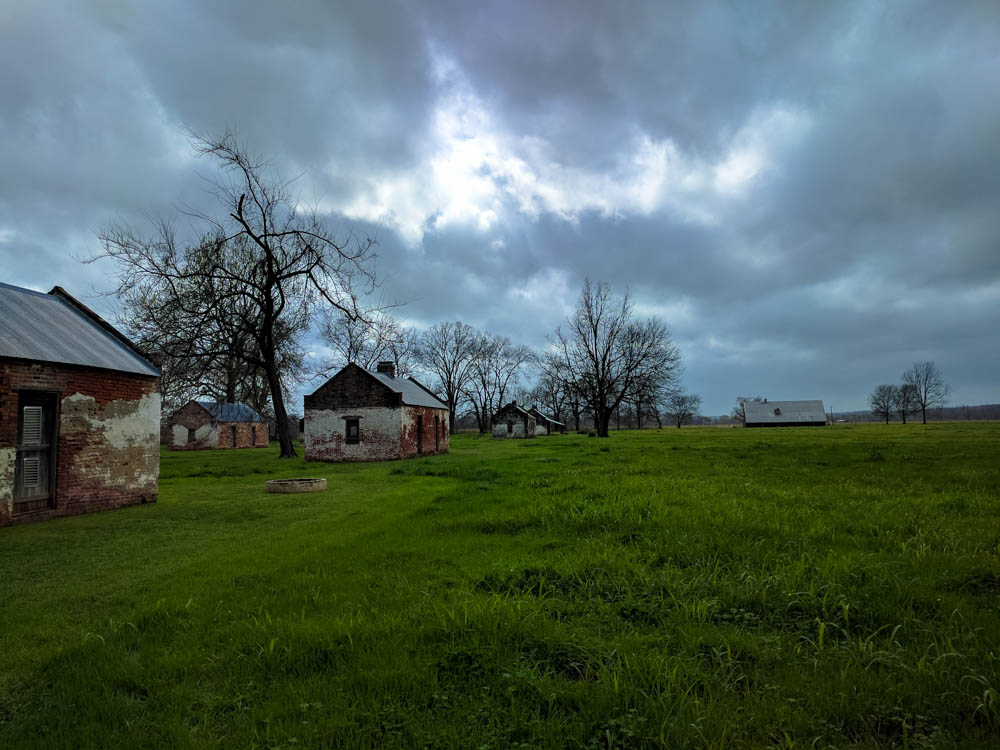 At the blacksmith shop, we examined a construction technique where a mud infill was used between the wall framing. Called Bousillage by the French colonials, this infill was held in place with sticks, then small lumps of mud and grass or cotton were stuck between the wood sticks until the wall was filled in. In other buildings, such as the pigeonnier, they used Spanish moss instead of grass. The term is derived from the French bouse, or cow dung. When used as a transitive verb, bousiller literally translates as “to fill up with dung.” 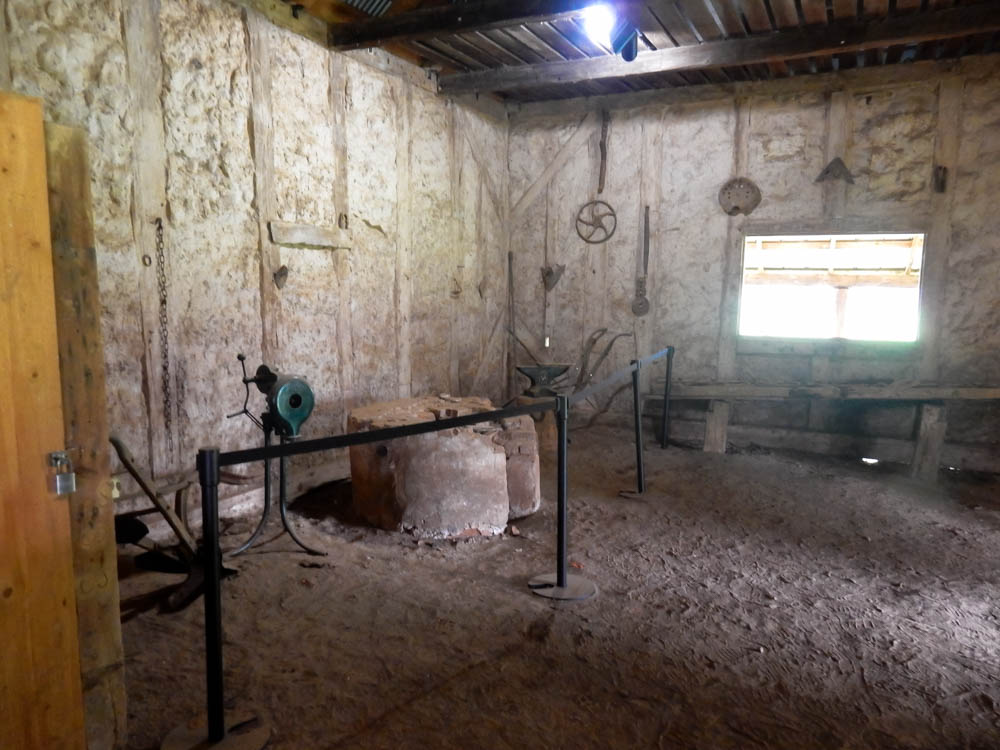 Squab for the Rich

Another curious building we happened upon was the pigeonnier, also known as a dovecote depending upon where you’re from. Pigeonniers themselves are pretty old and date back to medieval Europe. These freestanding buildings generally contain pigeonholes for the birds to nest. Pigeons and doves were an important food source historically in Western Europe and were kept for their eggs and squab for food, and dung for fertilizer. When the colonials came to this region, they brought the Pigeonnier with them. In the Louisiana region, Pigeonniers denoted wealth among the rural French Creole, and as in France, only landowners had the right to have pigeons. 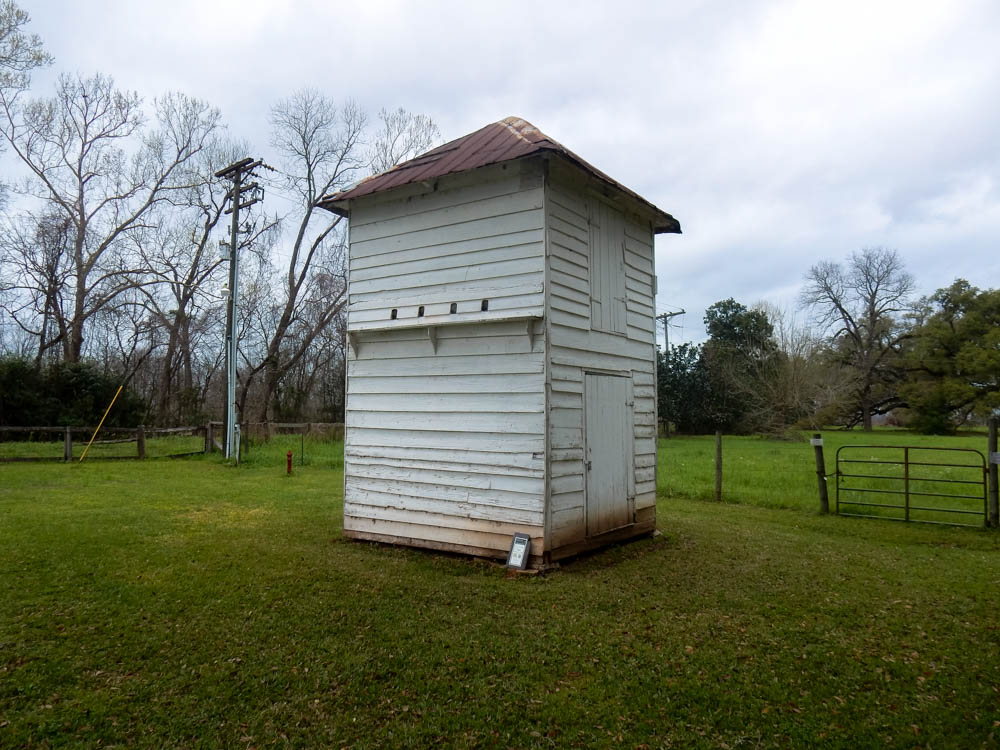 In a field just off the main area, we take a trail leading to a group of brick cottages. Each cabin has two rooms, with a central chimney, and gable parapets. We both wonder at the quality of construction to have lasted over 200 years; even the paper guide notes of the unusually high-quality construction for slave cabins. We noticed that one of the cabins is open for display and wander in. According to the kiosk, each cabin held two slave families, and then after the emancipation, they provided homes to sharecroppers. 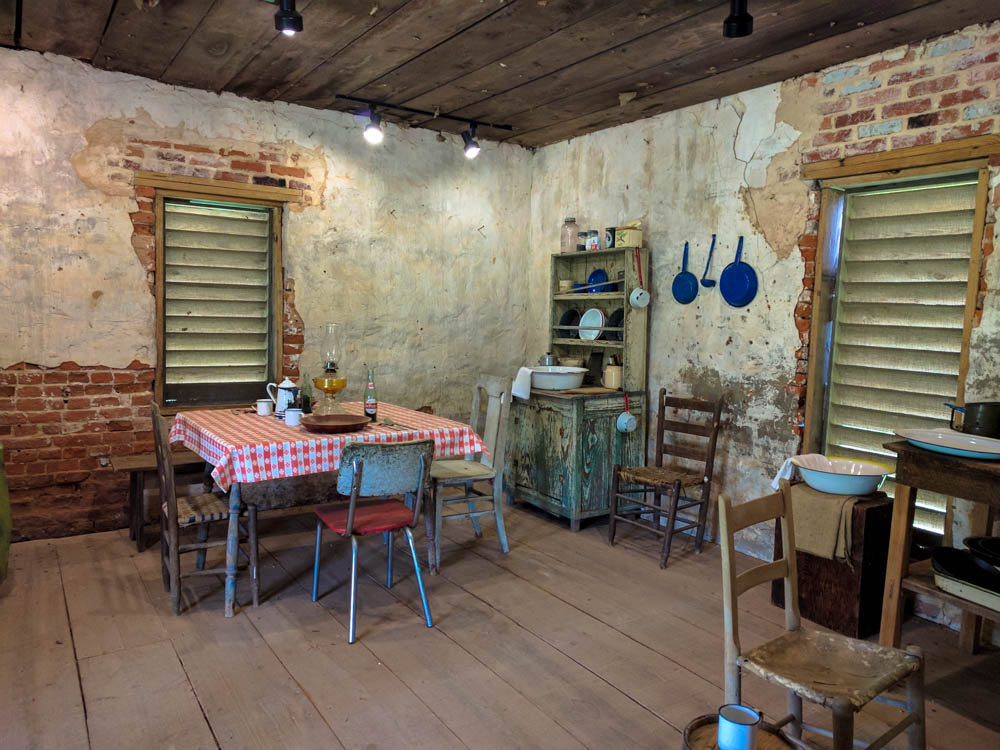 The cotton gins and press stand in silent testimony to the increasing demand for textiles in the 1800s. The cotton gin created a massive growth production in cotton, and as a result, the region became even more dependent on plantations and slavery for profits By 1860, black slave labor from the American South was providing two-thirds of the world’s supply of cotton. The enslaved who worked the cotton did not profit from their labor, only the plantation owners.

I find the remains of this building and its contents to be valuable despite it being tucked away within a dusty barn. In being there and seeing such a place, I come away with a deeper understanding southern agricultural practices before the Civil War. 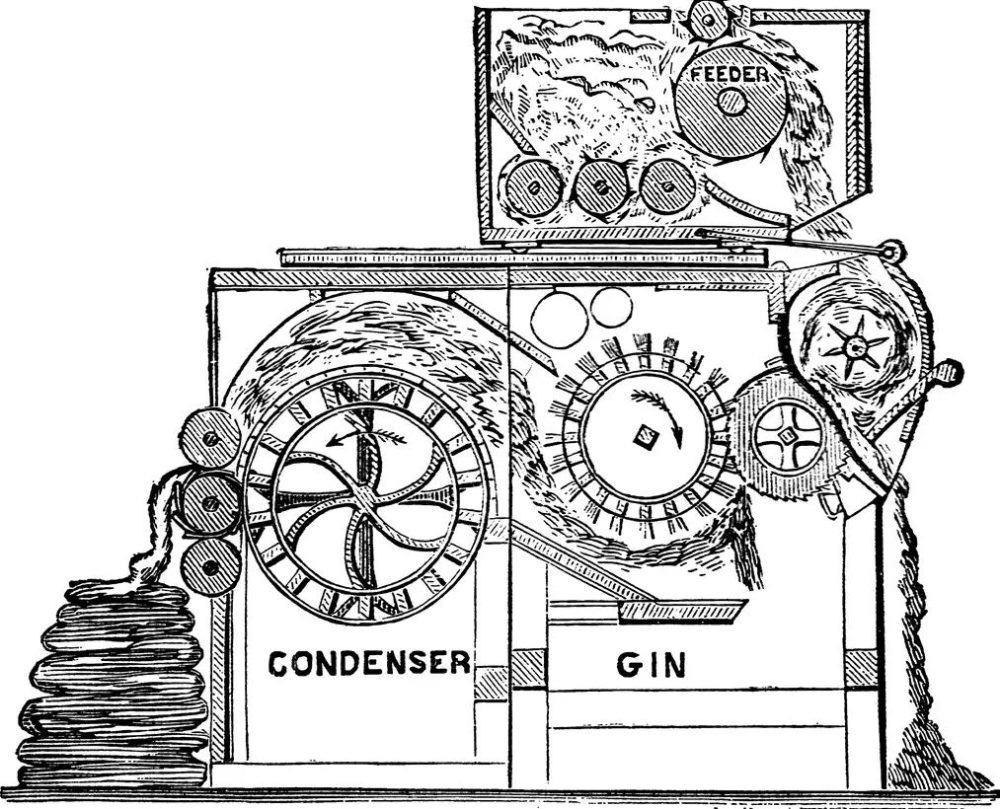 Whitney’s Cotton Gin – His invention offered Southern planters a justification to maintain and expand slavery even as a growing number of Americans supported its abolition.

Oakland Plantation is the plantation house of Jean Pierre Emmanuel Prud’homme. Constructed by slaves, it was erected in 1821 and has housed seven generations of the Prud’homme family. Much like Magnolia, many of the 17 original outbuildings are intact, include two pigeonnier, an overseer’s house, massive roofed log corn crib, carriage house, mule barn (which was originally a smokehouse), carpenter’s shop, and cabins. 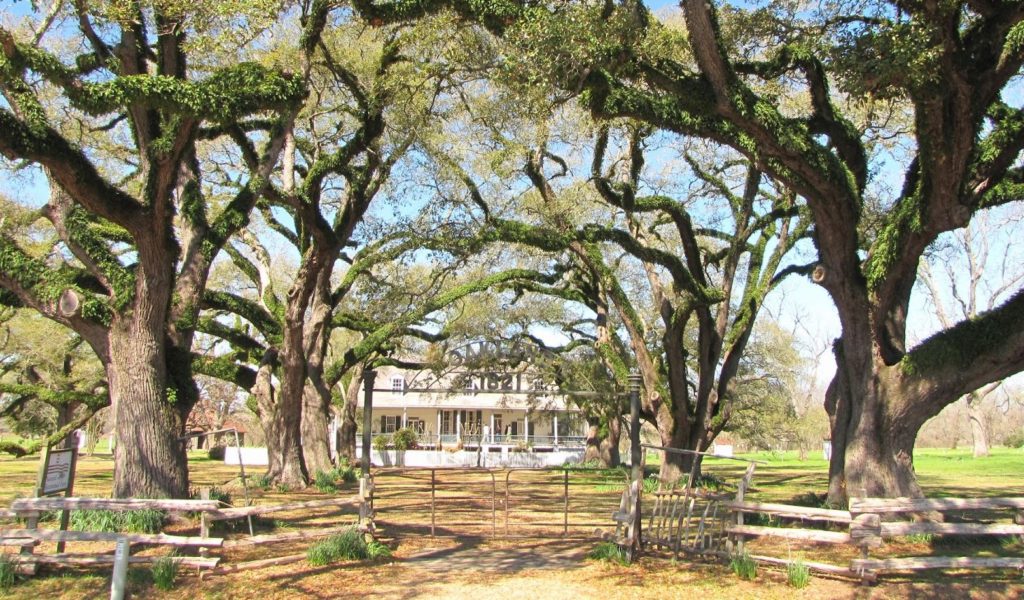 I would say that the most defining feature of Oakland, is the short alley of towering live oaks just near the small garden adjacent to the house. Both Hitch and I got a kick out roaming beneath their gigantic bows. The house itself looks to be in good condition, although we weren’t allowed in at the time due to reconstruction. 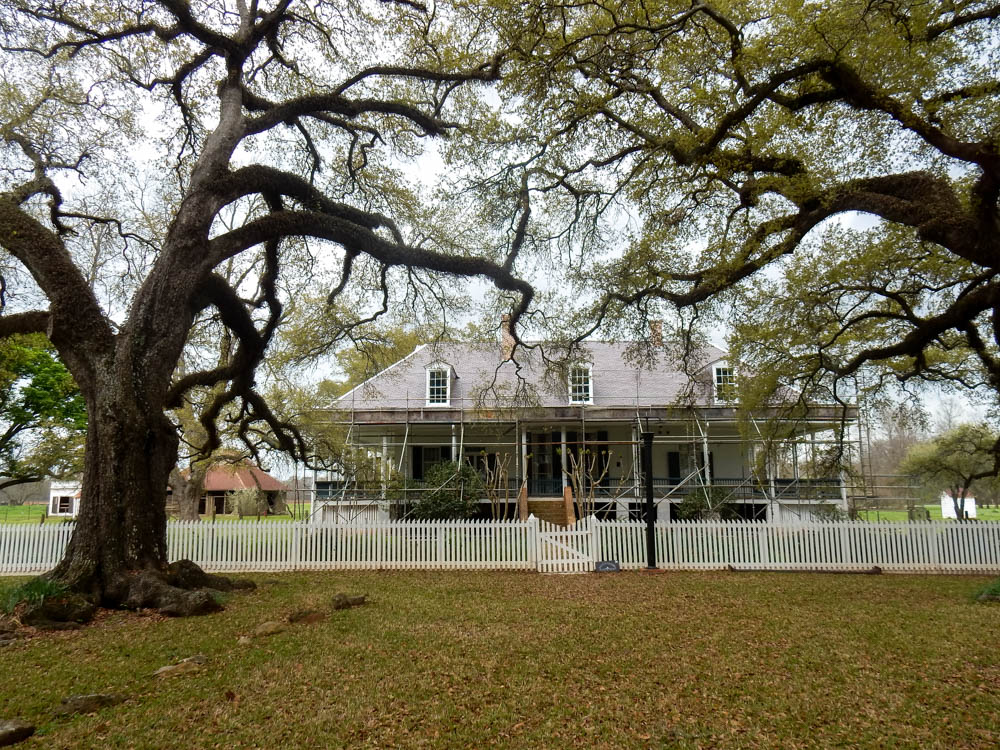 At its peak, Oakland Plantation had over 100 slaves, and it was necessary for them to grow food crops and raise livestock to support their population. Buildings such as the blacksmith and carpenters still remain standing along with other support structures. Here visitors can completely understand life on a plantation prior to the Civil War. 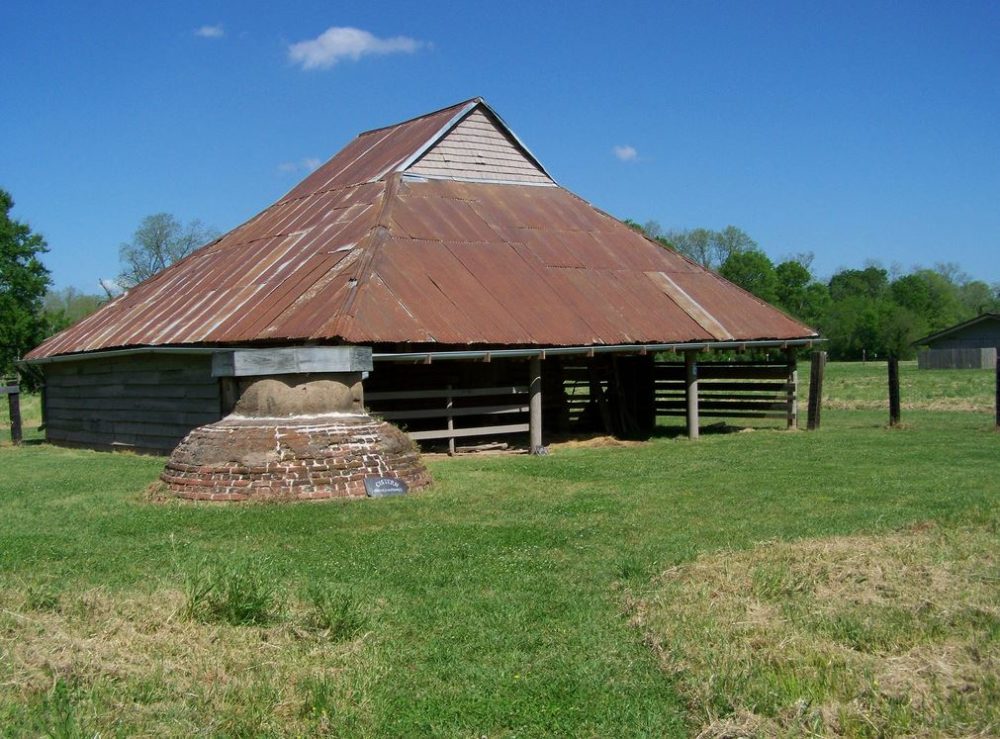 Out of all the 17 outbuildings, the plantation store is a poignant reminder of the post-Civil War era. Built to cater to the freed African Americans and sharecroppers at the plantation, the store tied the tenants to the landlord. Their work was heavily supervised, nearly as much as slave plantations were. Much of the time the plantation store harmed tenants more than helped. There were many cases of high-interest rates, unpredictable harvests, and unscrupulous landlords and merchants often keeping sharecropper families severely indebted. Loan holders (usually the landowners) compounded the debt from year to year leaving the sharecropper vulnerable to coercion and fraud. Nevertheless, such abuse appeared to be inevitable since there were no serious alternatives apart from the croppers leaving agriculture. Today numerous artifacts and information about the area fill this building. 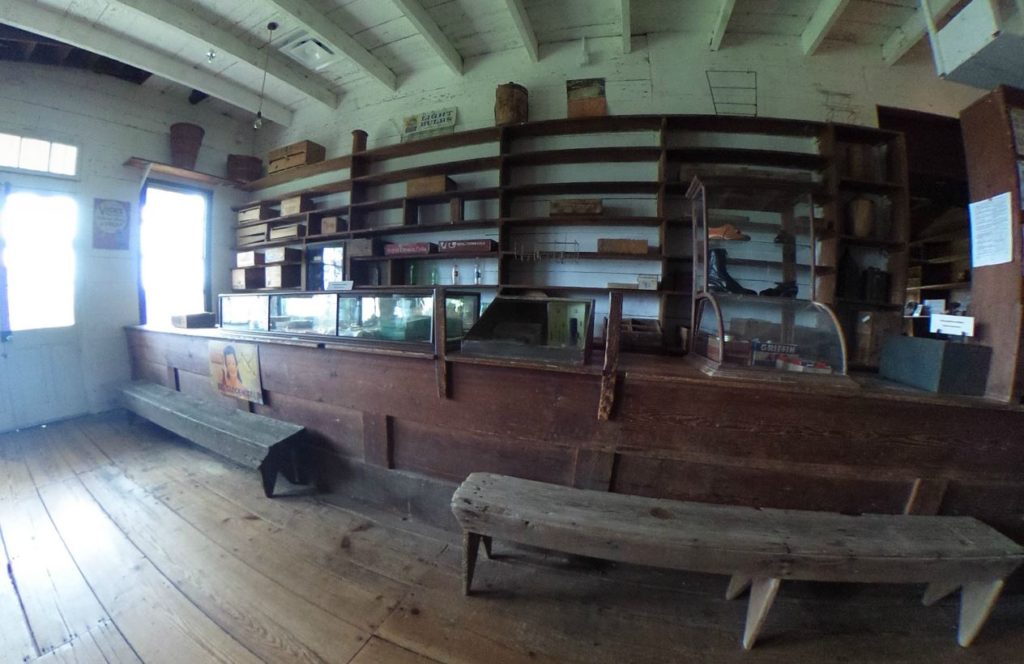 Understanding Racial Divide Through the History of Slavery

Today, the consequences of slavery can still be felt in American racism. There needs to be a deeper recognition of the role that slavery and its aftereffect played in the development of the United States. Modern Americans cannot begin to understand current racial tensions without looking at places such as Cane River Creole National Historical Park. Here I discovered a new understanding as to why blacks work so hard for equality today. So I encourage American Citizens to visit historic sites associated with the slave trade in America to learn the foundation for today’s racial strife. 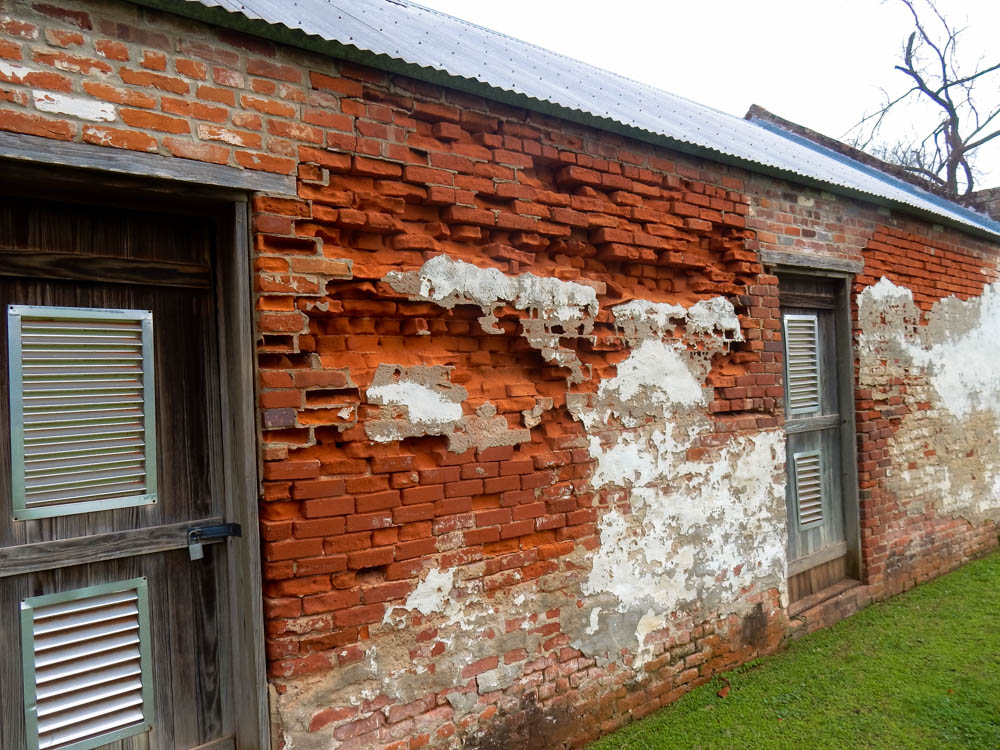 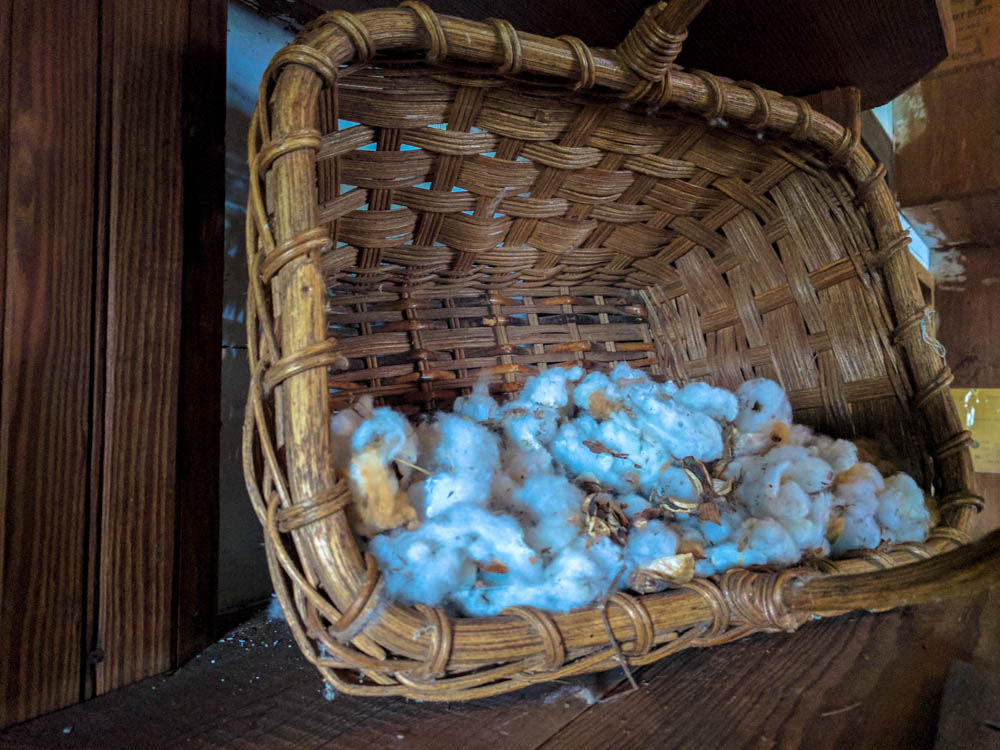 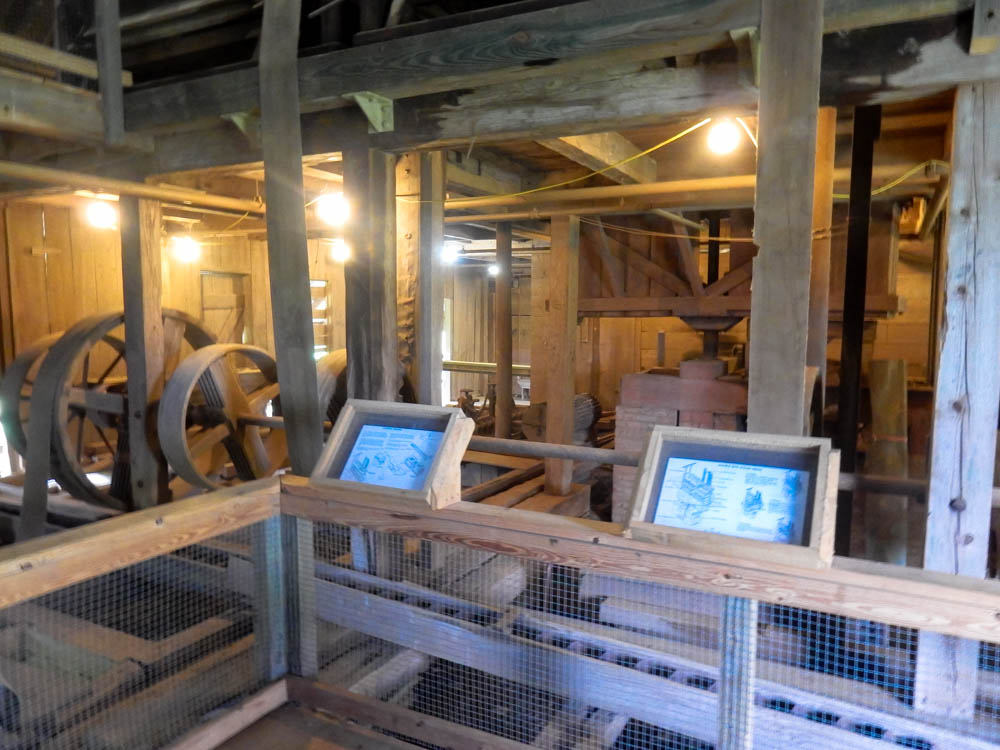 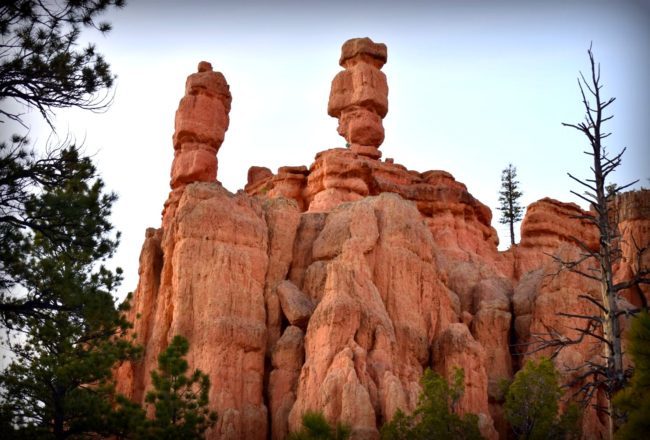 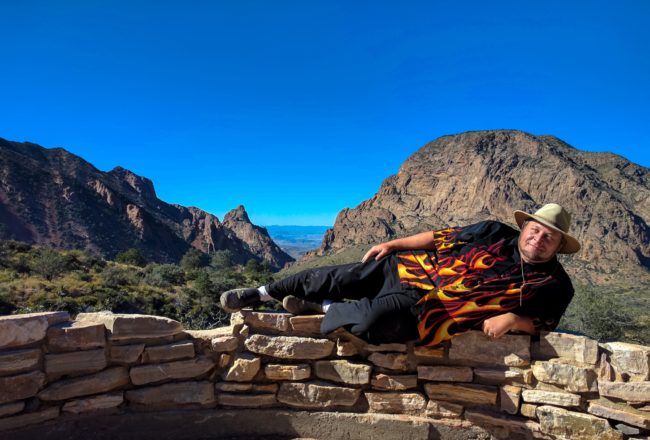 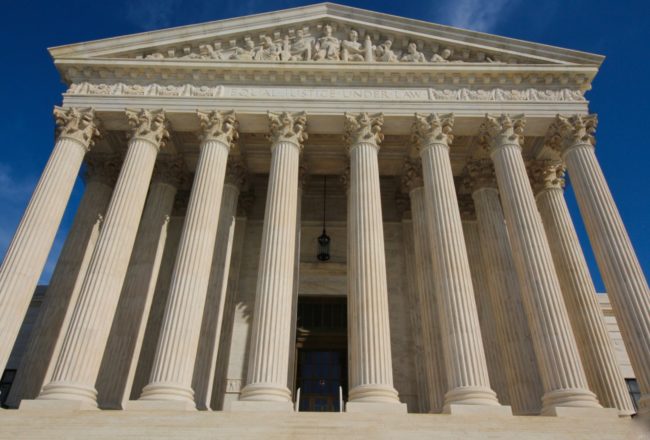