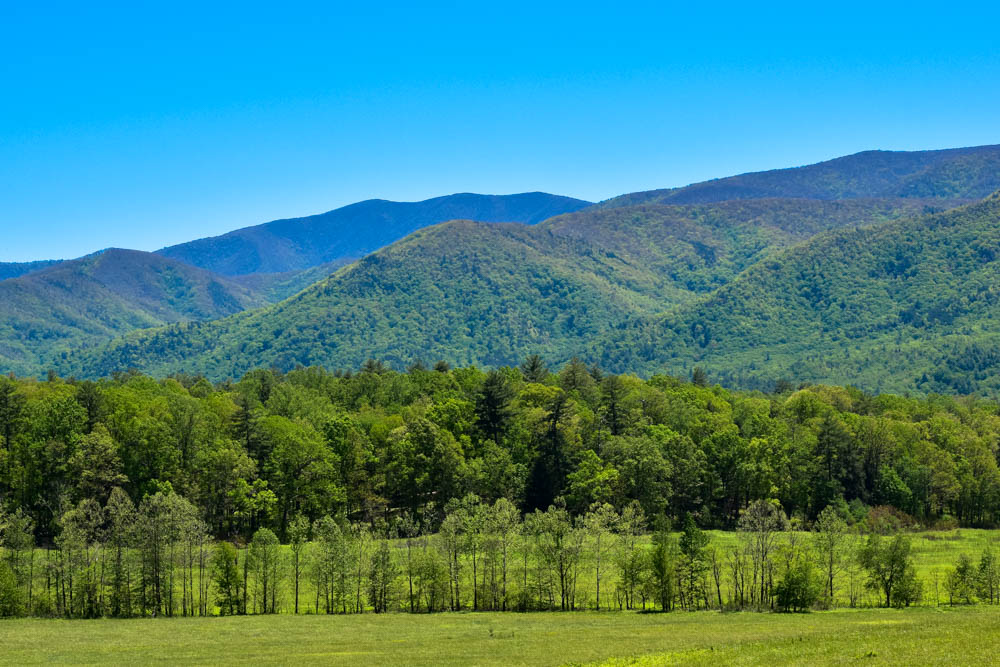 Amid the Appalachian Mountian Chain and Blue Ridge Mountains area, we have decided to visit that famed region of America known as the Great Smoky Mountains, along with the other nine million visitors that come each year. I notice that most visitors don’t bother to get out of their car, opting to skim the park via Newfound Gap Road, the park’s main scenic highway. In the summer, a typical weekend will lure over 60 thousand people. With such astonishing crowds, I figured that the best time to go would be some time in April or May. 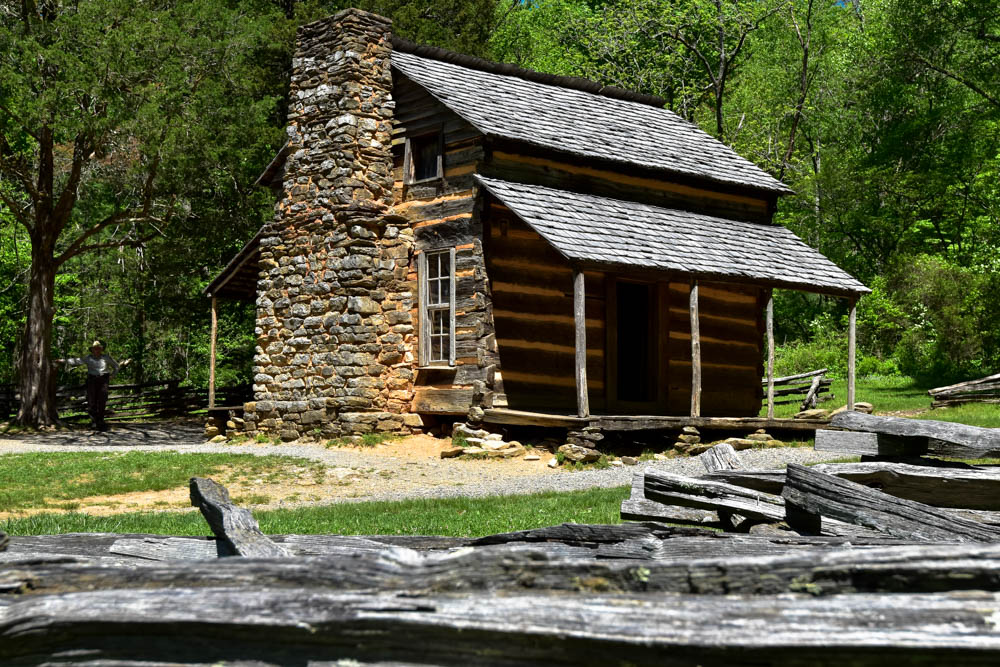 For our first day, we head to Cades Cove to tour a bit of history on the Tennessee side of the park. Within this lush valley, humans left their mark for over hundreds of years; first by Cherokee natives, and then by European settlers in the 1800s. As we drove the loop, we discovered about a dozen buildings in total including churches, cabins, mills, and also a few graveyards dotted along the roadside. Near the Cable Mill Visitor Center, we toured a working grist mill, several barns, log houses, and many other loyally restored eighteenth and nineteenth century structures.

Although much of the area’s visible history dates back to a time of European settlement, not many people know that there was once a Cherokee settlement in Cades Cove known as “Tsiya’hi,” or “Otter Place.” In fact, Cades Cove itself was named after a Tsiya’hi leader known as Chief Kade. 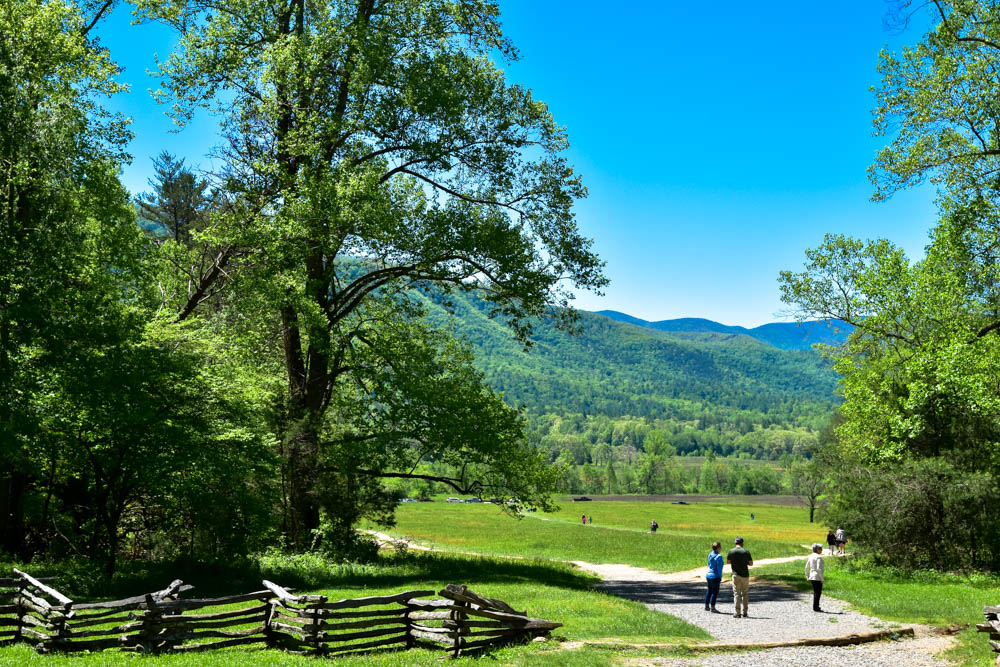 The two Baptist churches serve as an example to the 1830s division among Baptists, known as the Anti-mission Split. The split was defined by those who supported missionary work (Mission Baptists) and those who didn’t (Primitive Baptists). Meanwhile, circuit riders (roaming ministers on horseback) created Cades Cove Methodist Church in the 1820s and organized a smaller following within the valley. 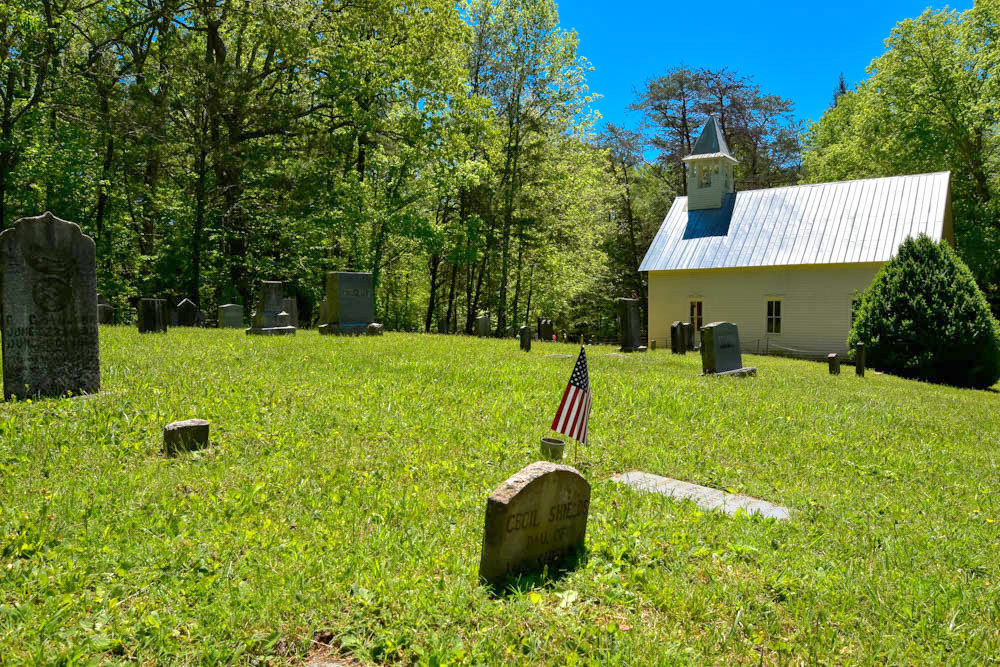 Of all the structures in Cades Cove, I found the John Cable Grist Mill the most interesting. Tucked away in a wooded cove, this working mill still produces wheat and corn flour. Cable Mill’s power comes from Mill Creek where a low dam channels water toward the head of the millrace, where the first of several water gates allows the miller to regulate the flow of water. When water hits the overshot wheel at full surge, the mill can produce 150 pounds of meal per hour. 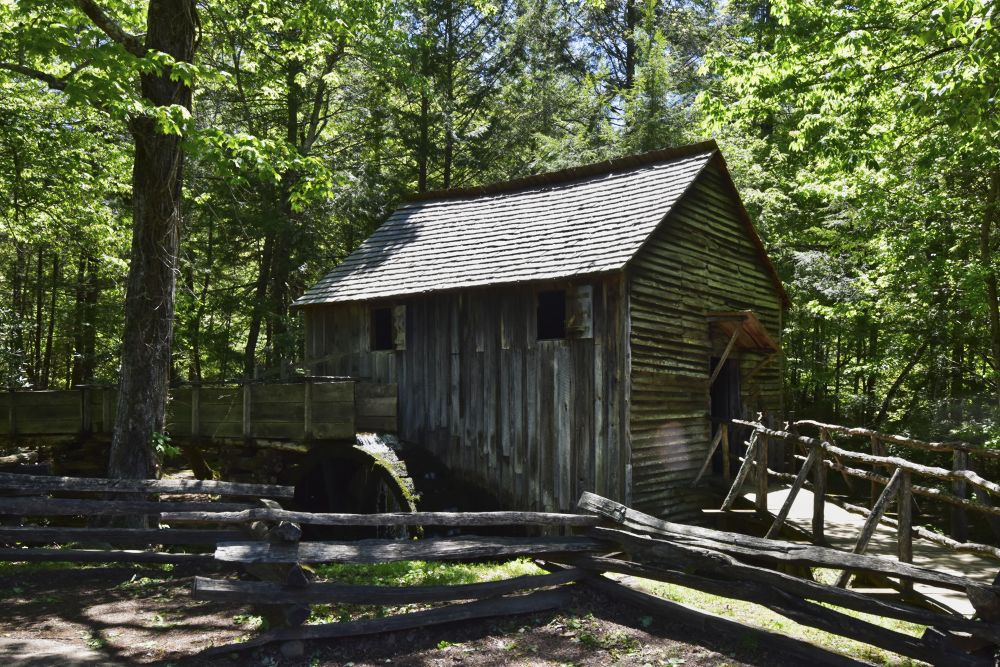 Decades before the Civil War, abolitionists in the local county made their intentions known. Groups such as the Manumission Society and Quakers were so vehemently opposed to slavery that they fought alongside the Union army, despite being pacifists. The community of Cades Cove suffered regular raids from North Carolina Confederate bushwhackers. It wasn’t until a small militia, composed mostly of the Cove’s elderly men, ambushed a band of Confederate marauders near the junction of Forge Creek and Abrams Creek did the raids end. 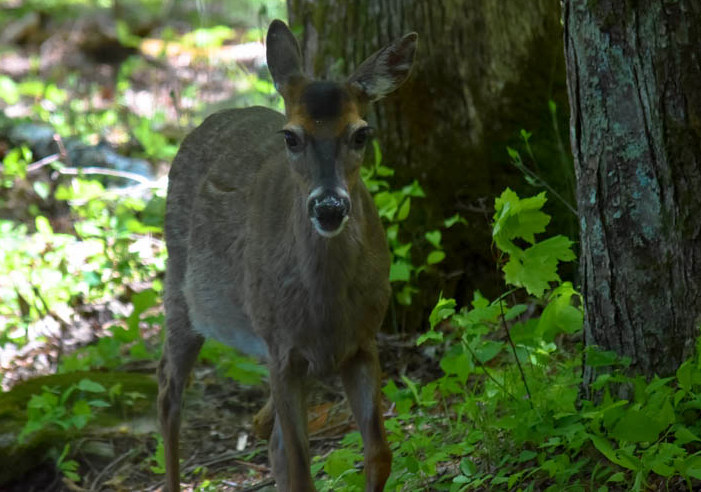 After exploring this bucolic valley, we decided to take the Rich Mountain Road back to town. The park closes this one-way dirt road during the winter but come spring it’s open to any who want a change of pace. When we started on the gravel road, we expected something rough but were surprised to find a newly graded road. The road winds upward for several miles through Rich Mountain Gap. Along the way, we found possibly the only place where one can overlook onto Cades Cove, complete with a barely visible church in the distance. A perfect view to end our first day in the Great Smokies. 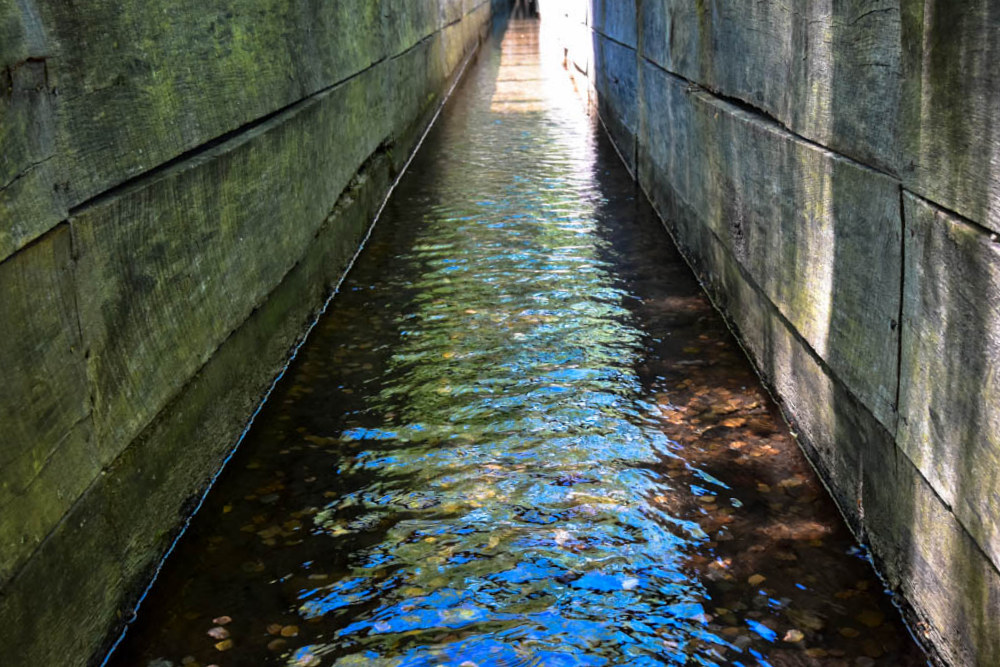 Water for the Mill 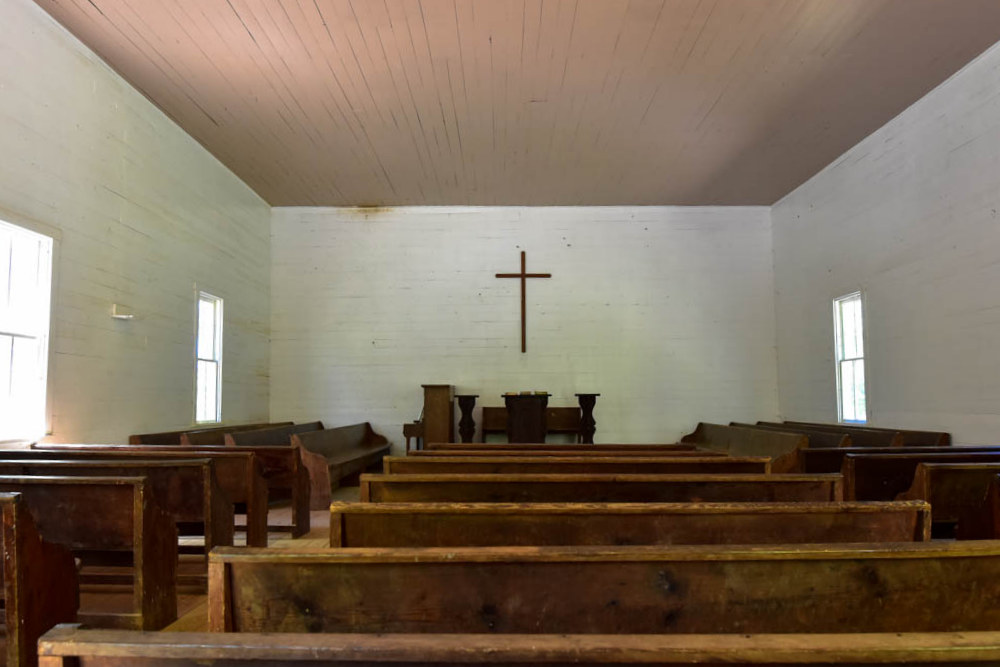 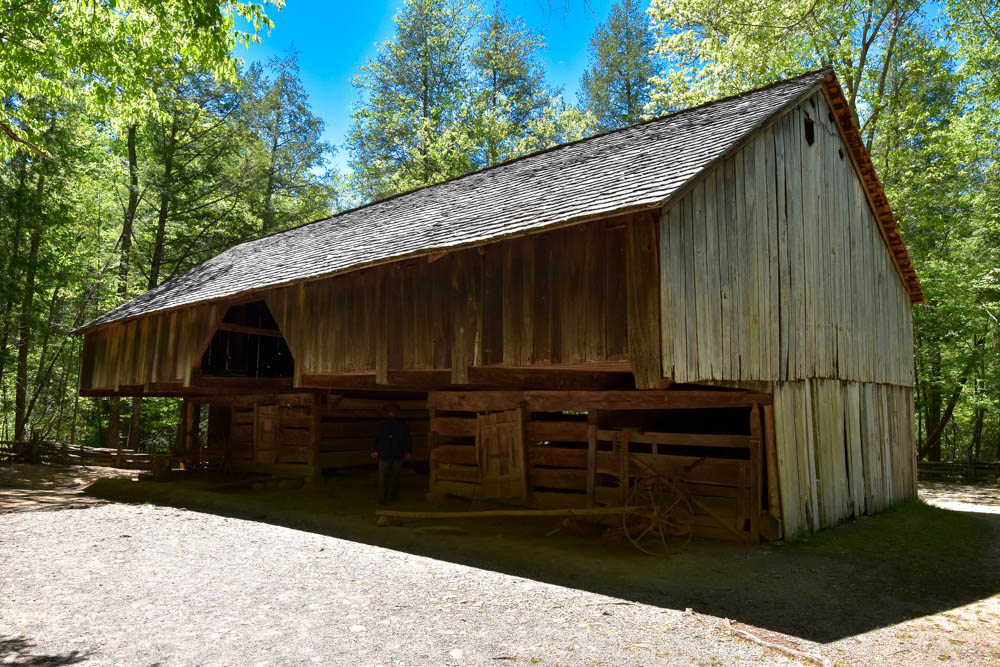 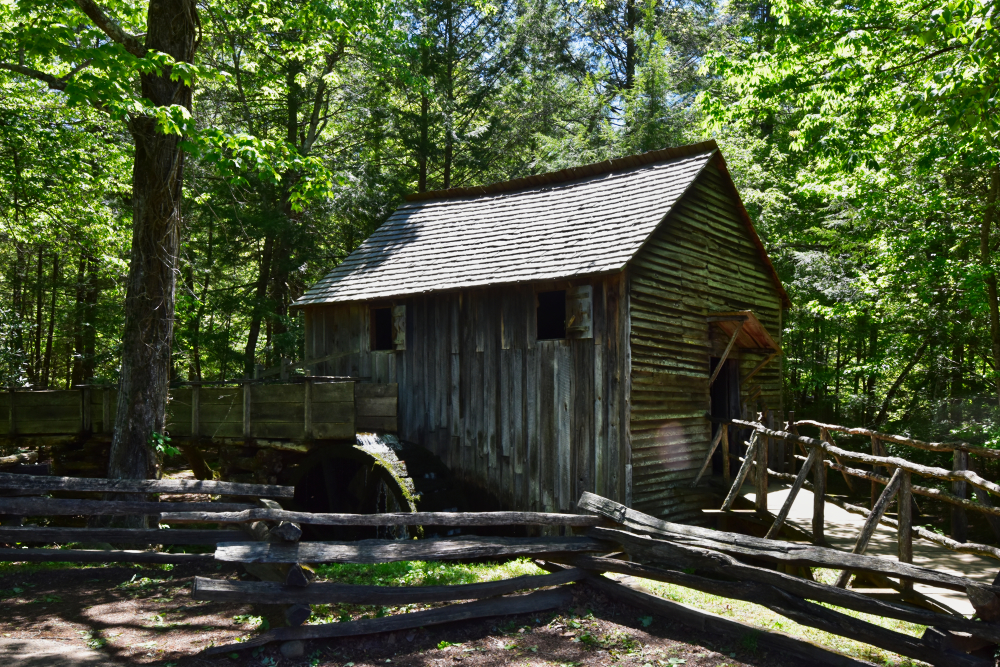 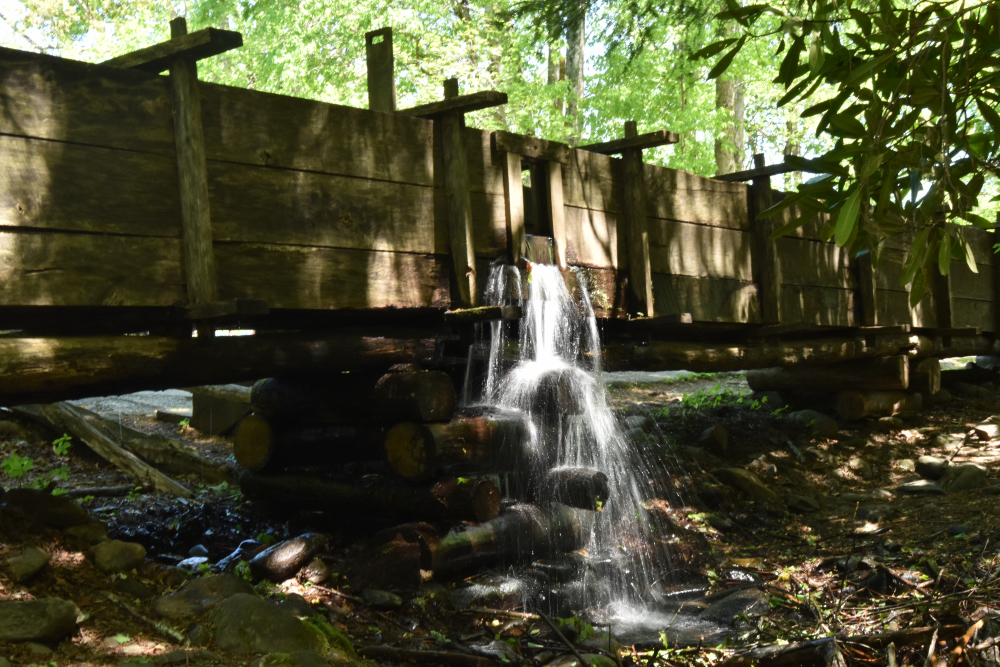 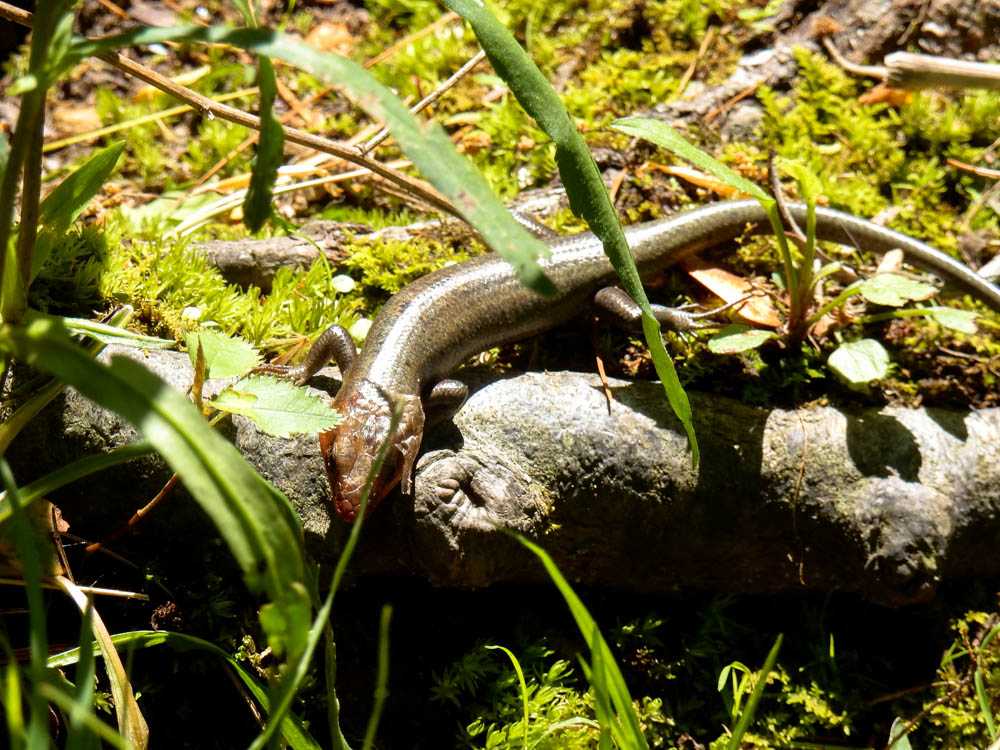 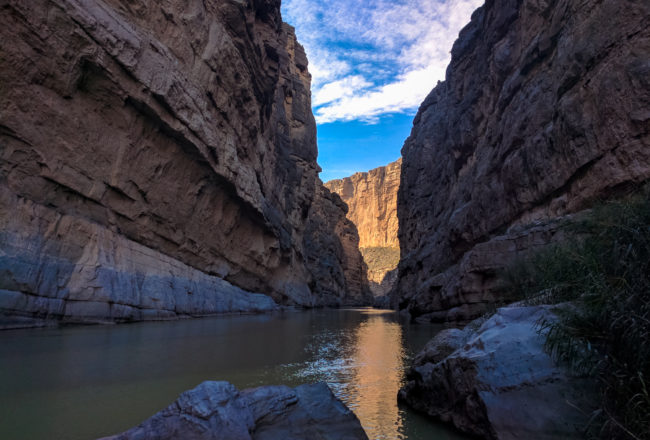 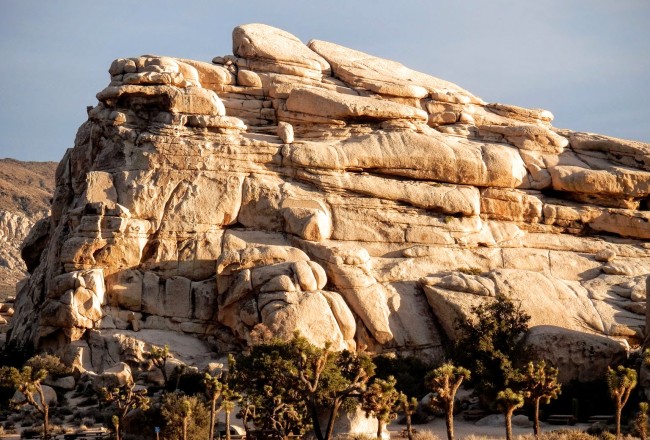