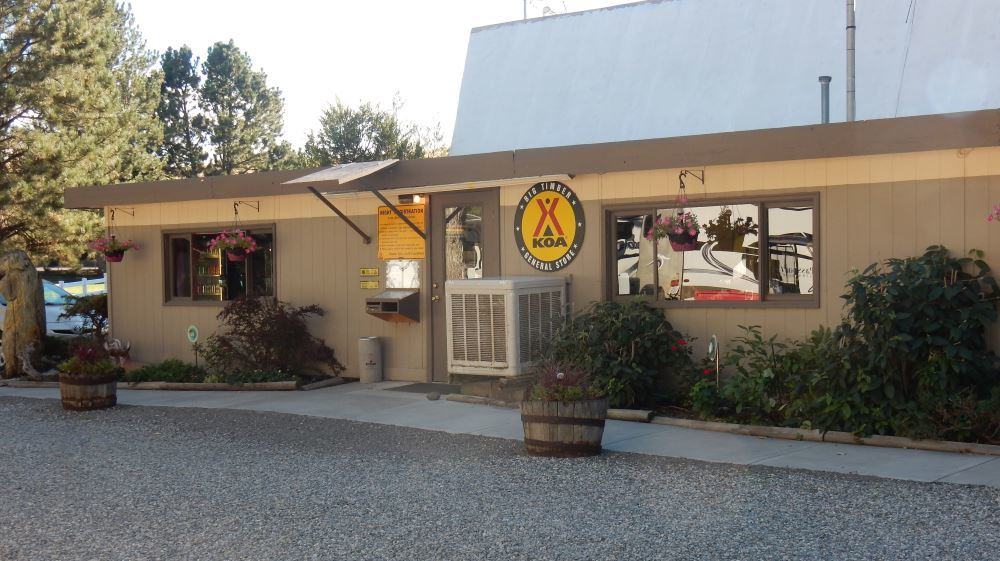 Fortunately, we only stayed at Big Timber KOA for two nights. I say that not because it is an especially poor RV park but because it is exceptionally expensive for an RV park of middling quality. This was primarily a stopover for us as we head towards South Dakota through southern Montana. 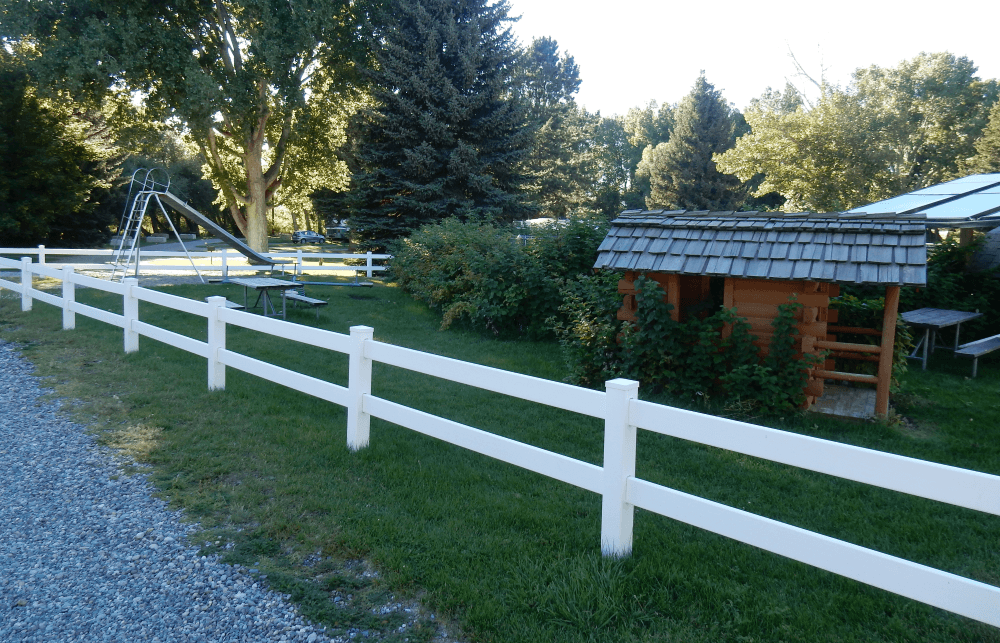 The play park at Big Timber is quite charming.

Big Timber KOA has two features I think are noteworthy. Firstly it has very nice grounds. There are many large trees on the property and it is surrounded by smaller trees blocking out the nearby train tracks and highway. The grounds are well kept and you get a feeling of serenity here. It’s other noteworthy plus is that it has a pretty nice set up for kids. There is a small park of tiny play buildings, a play lawn, sand pit, swing set, and a big inflated jumping play field, kind of like a trampoline. It’s the most kid stuff I’ve seen at a park and kids were having fun there during our visit.

Cool for us, but not every traveler were the two Pokestops and Gym for playing Pokemon Go. It’s become something of a passion for Trail and I enjoy it as well. Having those at the park was a lot of fun for us. Normally we have to make a trip into town to play but here we could just sit by the pool, chat, and play Pokemon. 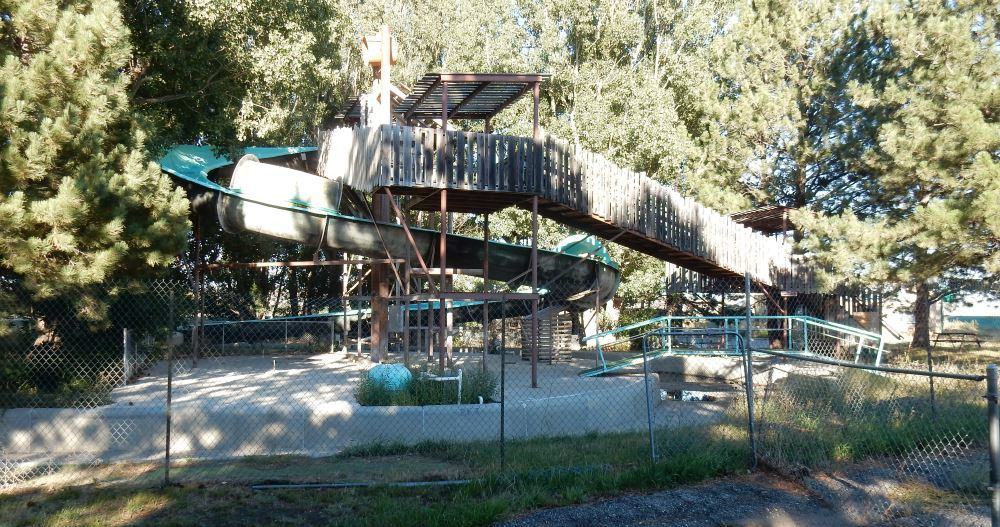 Next door is an abandoned water park. It’s fenced off but visible from the park.

We came partly for the pool but we didn’t use it due to its small size. It’s more a wading pool or a kids pool. Big enough to cool off but you can’t actually swim in it. Another disappointment were the bathrooms which were not in good repair nor especially clean. Like many parks they did only a token effort to keep them nice and it shows. Most of the problems were superficial, but that matters when it comes to bathrooms and showers.

While the location is pretty, it was not very convenient. There were no stores close by and not much in the way of attractions. What it seems to have is a lack of other good RV park options which is likely why the price is so high. The few other offerings were all similarly over-priced. While we stayed there the park was only at about 20-30% capacity as where most places we stay are nearly full. 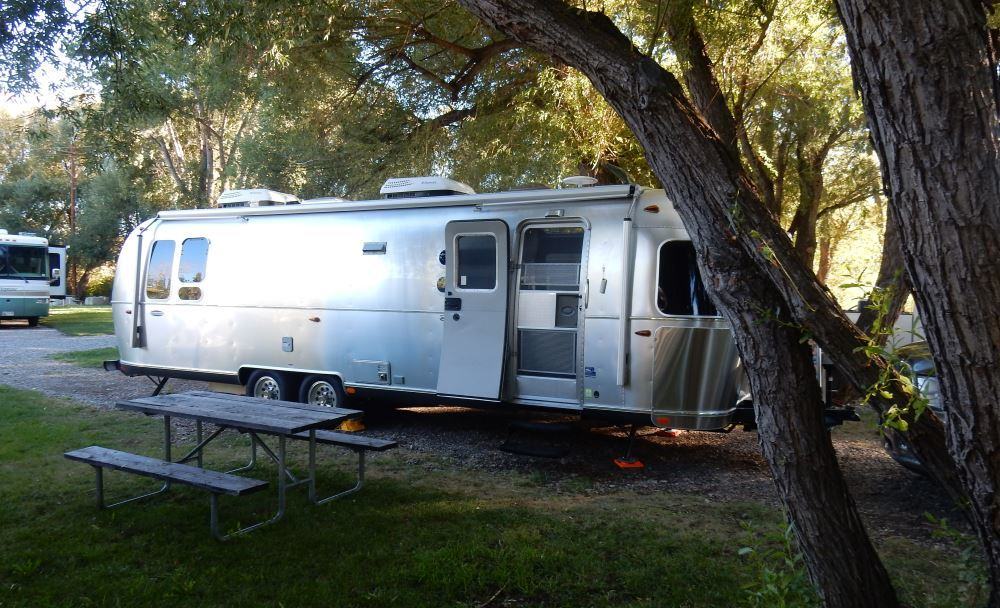 Here we are camped at Big Timber. Lots of nice shade to be had.

Train noise was also a problem. A freight line runs near the park and the trains are want to blow their horns as they come through pretty late into the evening and often fairly early in the morning. Clearly, there is nothing the owners can do to control this (as they point out in their pamphlet) but it certainly doesn’t help justify the high price and lack of discount options.

I can’t recommend this park based on its price vs its offerings. We have stayed at far nicer parks in far better locations for far less money. If you have no other good choices, it will do in a pinch as it did for us. 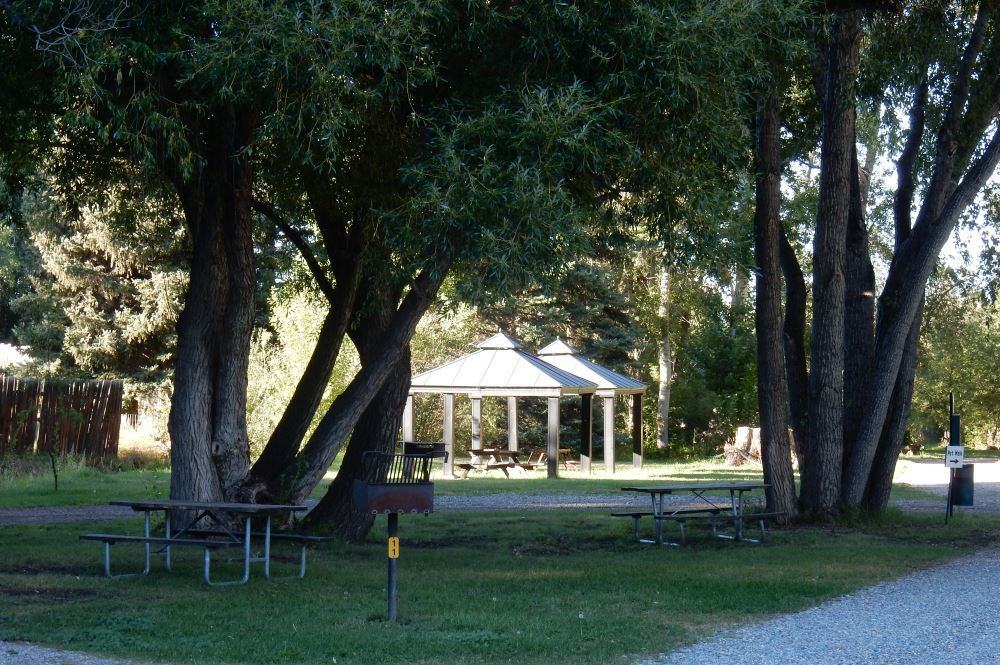 It lives up to its name tree wise, they are big and plentiful. Too bad it costs so much to stay here. 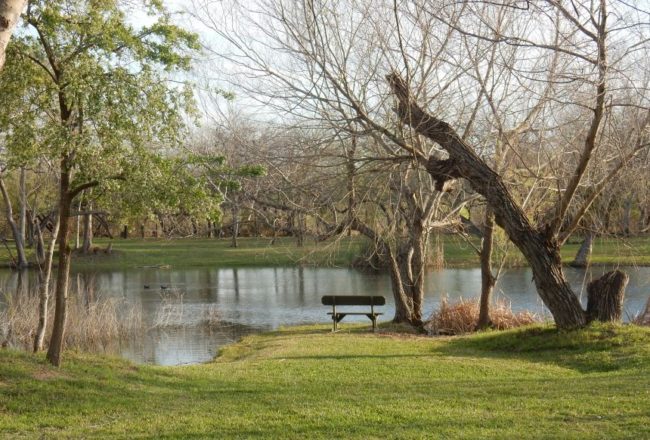 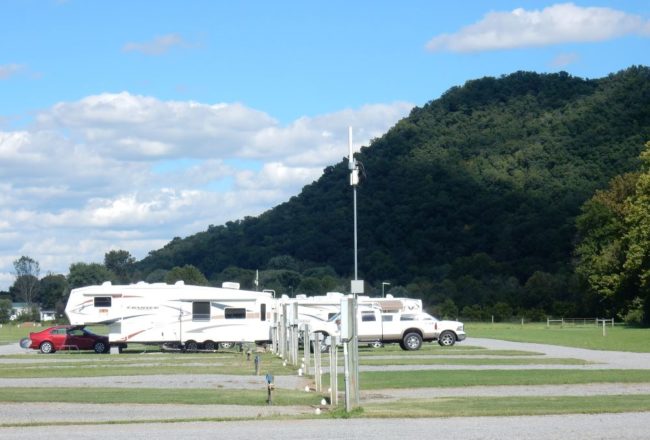 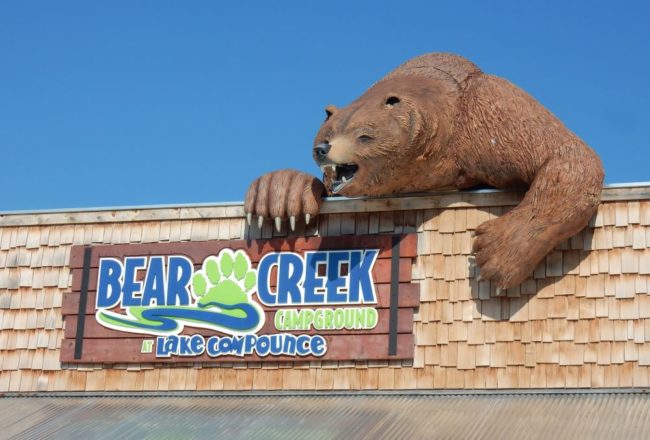