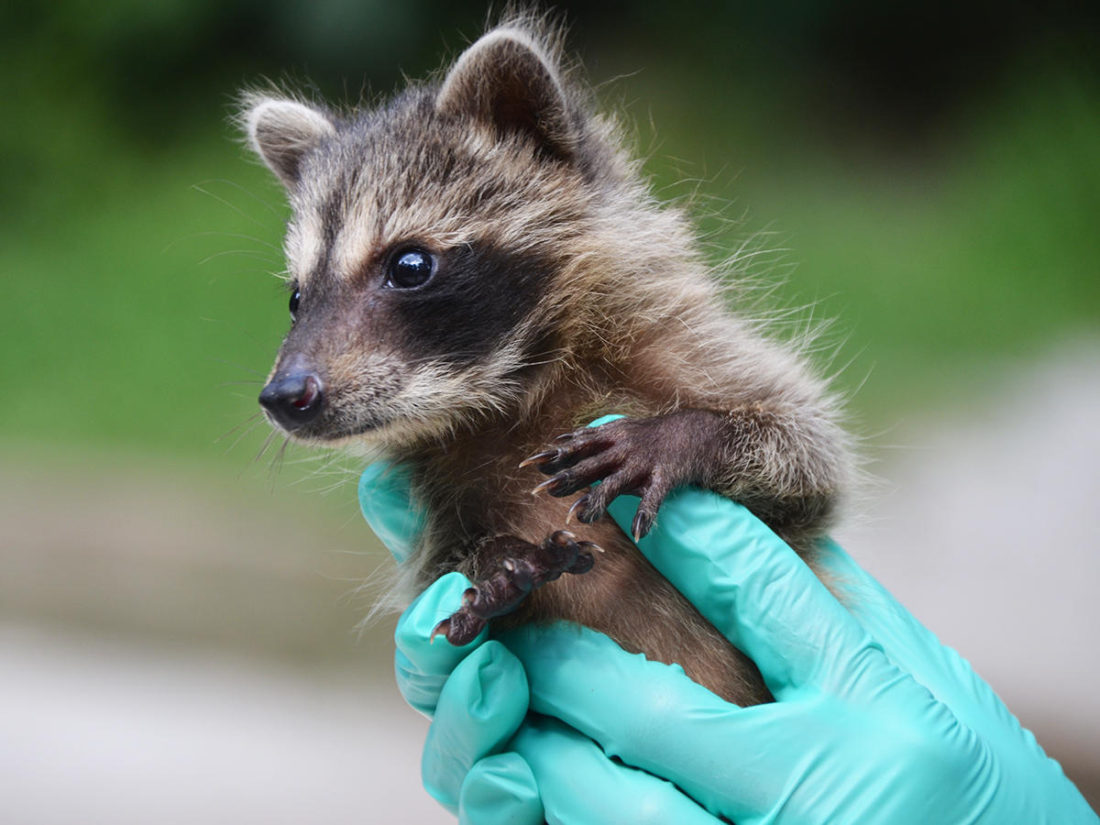 While making our way through Georgia we got an invitation from our gaming friend Scott Lang to pay him a visit. Scott was recently named the director of The Aware Wildlife Center just outside of Atlanta Georgia. He asked us if we wanted to come meet the ambassador animals and tour the facilities. Cute animals and geek talk? We were stoked!

AWARE stands for Atlanta Wildlife Animal Rescue. Their mission is to help the people of Atlanta and the local wildlife co-exist successfully by rehabilitating injured wild animals and by educating the public. They take in native animals found by citizens and nurse them back to health. If they are successful, they are re-introduced into the wild. If the animal cannot survive in the wild, they become ambassador animals. These ambassadors are cared for by the center full time and used to educate the public through outreach programs and tours of the AWARE Center.

The center was the dream of its founder, Michael D Ellis who worked many years to make it a reality. They opened their doors in 2006 and have been helping injured wildlife ever since. Scott was brand new to the directorship, having been a volunteer board member and supporter of the center for some time prior. For both the small number of paid staff and the many volunteers, it is clear that their work at Aware is very much a labor of love. 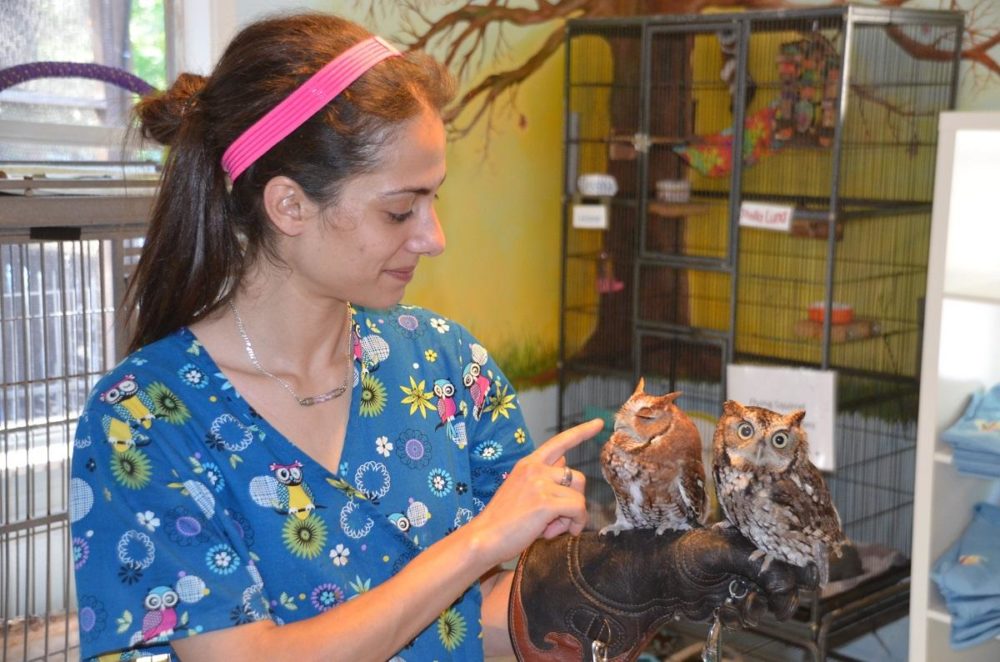 Heading to the center, Atlanta itself reminded me a good deal of Seattle. Both cities are vibrant, hip, and modern and both sit in the midst of lush forests. As a result, Atlanta has a pretty diverse population of wild animals that make the city and its surroundings home. The center cares for a diverse population of birds, reptiles, and mammals. When you visit, the birds they keep as Ambassador animals are going to be the first critters you encounter. Front and center during our visit were two beautiful Barred Owls. We stopped and watched them for some time as we both adore owls. It was there Scott found us mesmerized.

Scott treated us to the VIP tour. We started by checking out their medical facilities where they treat injured animals. From there we got to watch as the staff prepared meals for the critters. With a huge range or animals comes a huge range of nutritional needs. I was fascinated by all the different dishes of meats, vegetables, and seeds that were being prepared and did my best to stay out of the way. Everyone was hustling and working hard to care for the critters. Directly behind the facility, they have a small outdoor amphitheater for demonstrations along with a garden of native plants. 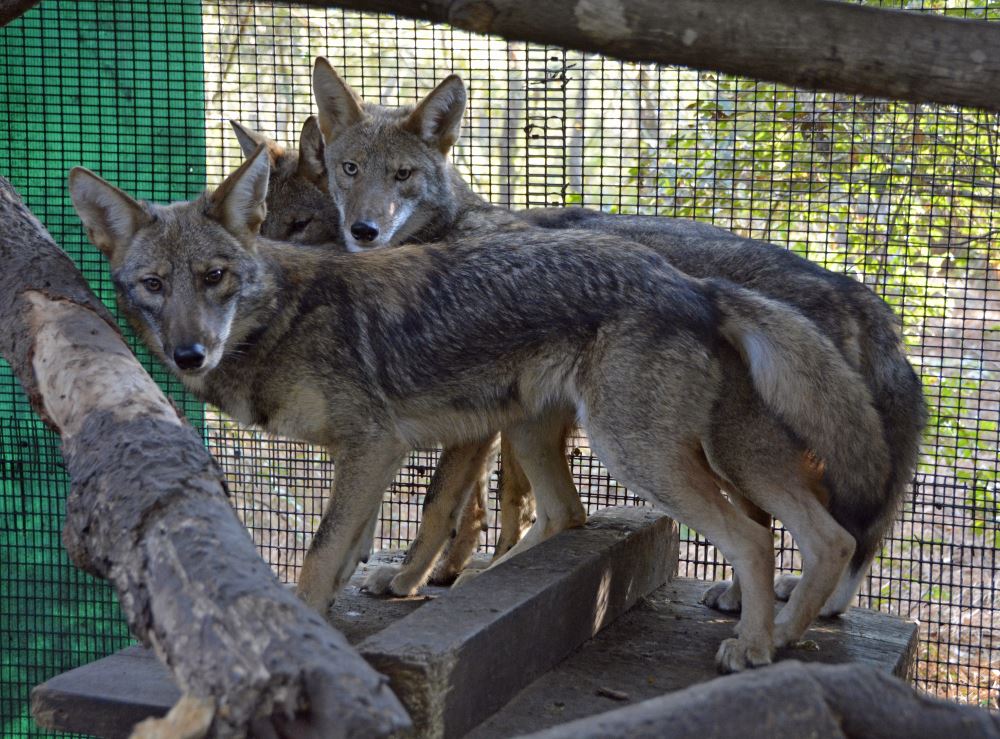 More wild animals (coyotes) that live closer than you might think.

Winding back into the woods, a series of trails takes you to various enclosures they have set up. Those open to the public are for the ambassador animals. For those being prepared to be released into the wild, they want to minimize human contact to maintain the animal’s natural fear of people. It was clear that great care had been taken to make the ambassador animals comfortable and to keep those to be released into the wild safe and secure. Since all of them were provided hiding places in their enclosures, we didn’t see any of the mammals on our visit. But we did get to view a good many birds including some beautiful hawks and some very adorable screech owls.

Returning to the center we were delighted to meet some of their ambassador animals up close. Scott had one of the animal handlers in training show them to us. First up was Marry Shelli Frankenstein, a charming turtle who’s shell was cracked and had to be plastered together. As a result of his injury, he cannot retract his head into his shell so he’s working the ambassador gig along with his snake buddy legs. We didn’t meet legs as he was getting on in years and is semi-retired from show and tell. We were told he’d recently had laser treatment for his arthritis. Arthritis is not something you want to have when you are a snake.

Its Shelli, ready for her closeup!

Next, we met a lovely little Ball-Python, Necklace, who we got to hold and enjoy. Since Lucy was not a native animal she was adopted by the staff as an ambassador. Unfortunately, a lot of people buy exotic pets and then release them into the wild when they become inconvenient. This typically means the death of the animal, or worse, the introduction of an invasive species into the ecosystem. Albert the hawk was our next visitor. He’d been lost the use of one of his eyes making it very hard for him to hunt on his own.

Finally, we met with Skulli the Opossom. Dear Skulli had gotten a bit of his skull stuck in her brain after a car accident but managed to survive it. Unfortunately, the result of his injury is that she tends to walk in circles when left to her own devices. I’ve always had a fondness for North America’s only marsupial. They tend to get a bit of a bum rap but are really very helpful animals to have live near people. They love to eat ticks and other pests while doing their best to stay out of our way. Skulli did her best to hid in her handlers arms, so they brought out an Opposom kit who was cute as can be from a recently rescued litter. 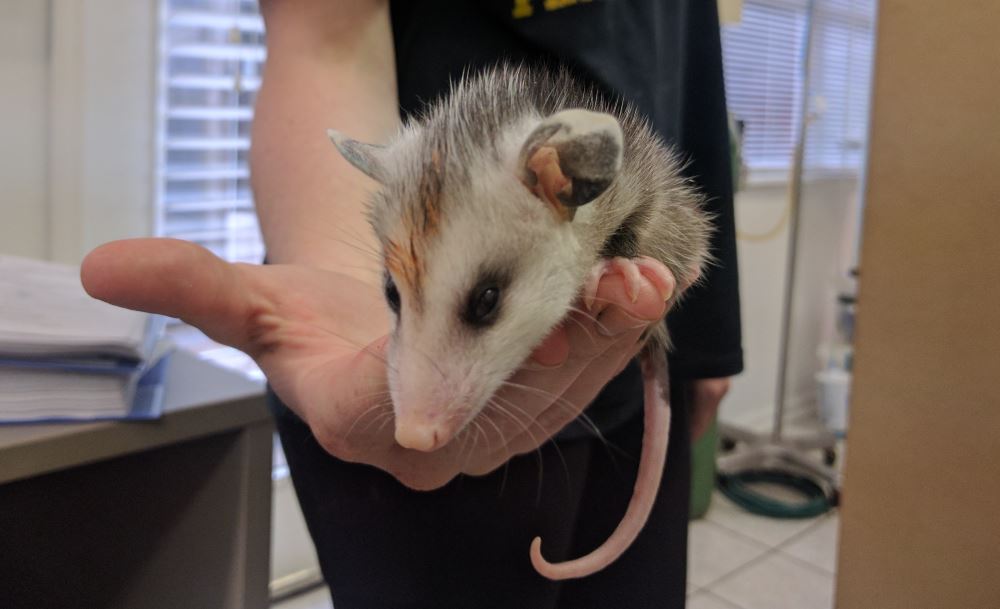 It’s super cute! This guy is actually just old enough to forage on his own and will be released soon.

We were very impressed with what the AWARE shelter’s work and the love they have for the critters in their care. If you like cute pictures and videos of animals, I strongly recommend following their Facebook Page: Atlanta Wild Animal Rescue Effort (AWARE). If you are in the Atlanta area, then, by all means, pay them a visit. You can check their website for visiting hours. There are also some wooded trails around the property to explore. If you want to support some great folks doing their best to help animals and educate the public, you can make a donation to keep them up and running.

We had a great time visiting the center, meeting all the animals, and spending time with our friend Scott. Keep up the good work sir! 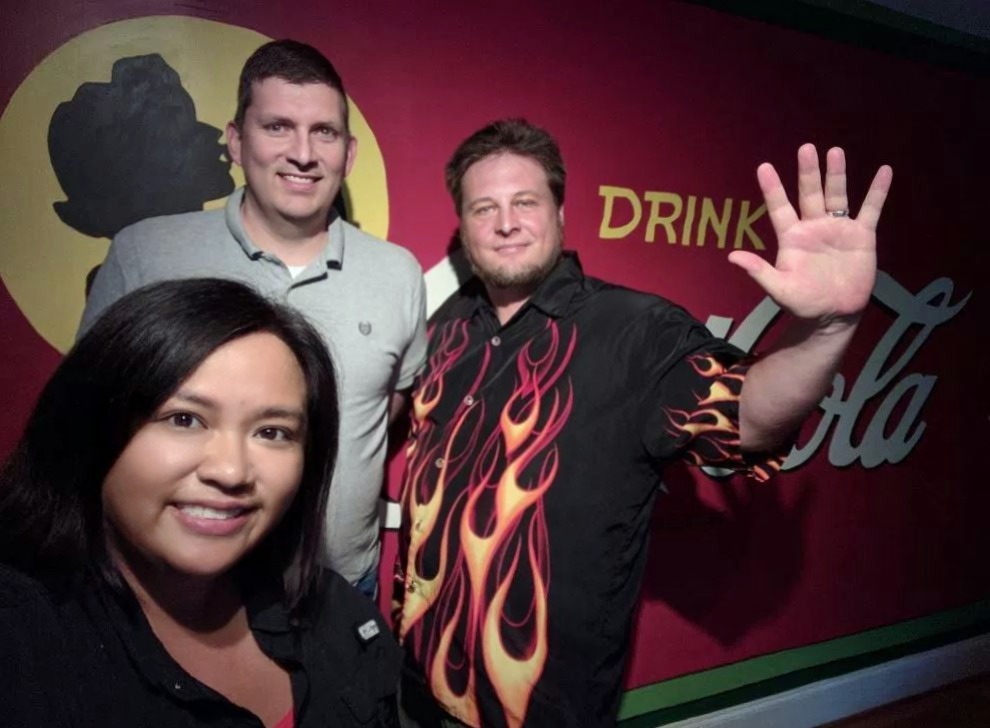 Here we are with Scott in his home. They have lots of Coca Cola decorations including this painted wall. 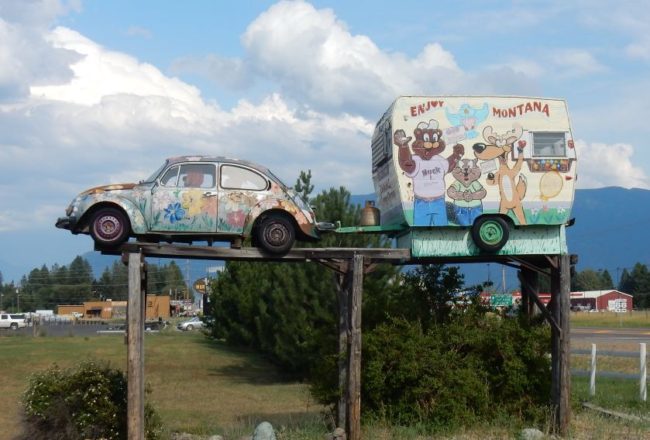 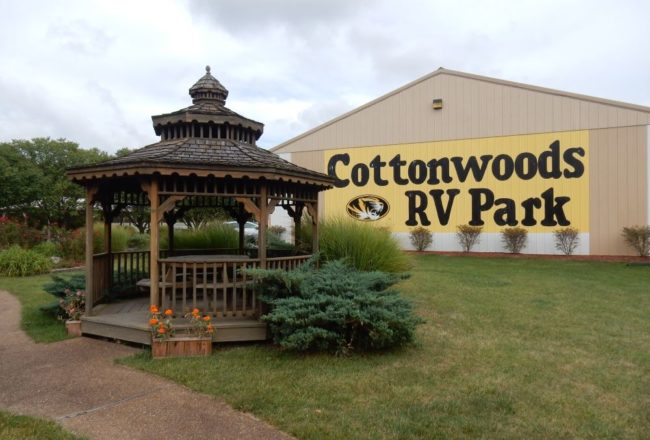 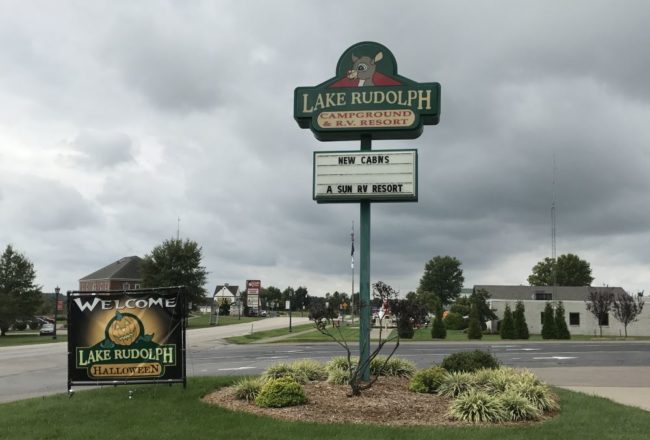