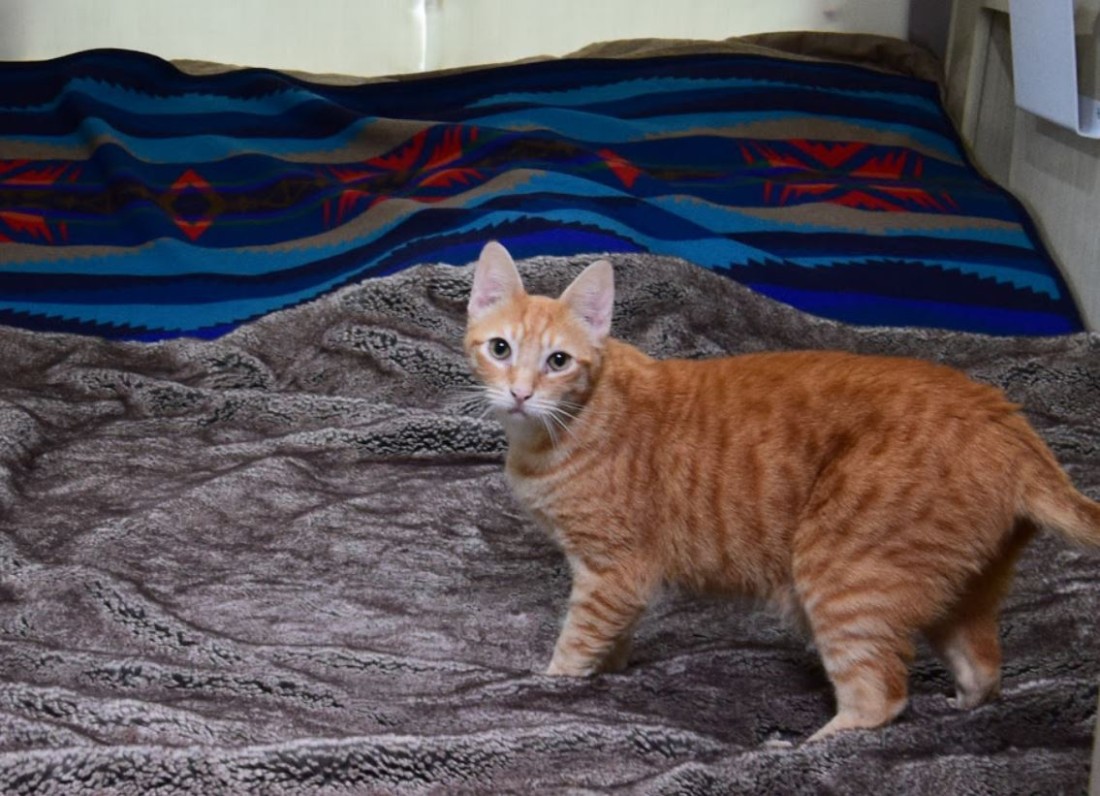 Kia is a tiny american short-hair tabby-calico with incomparably soft fur and sharp claws. Kia likes to patrol for shadow creatures, ghosts and other unseen apparitions when not sleeping or eating. She feels her brother is over excitable and altogether undignified. Kia is happy to see America so long as it doesn’t overly interfere with nap time. 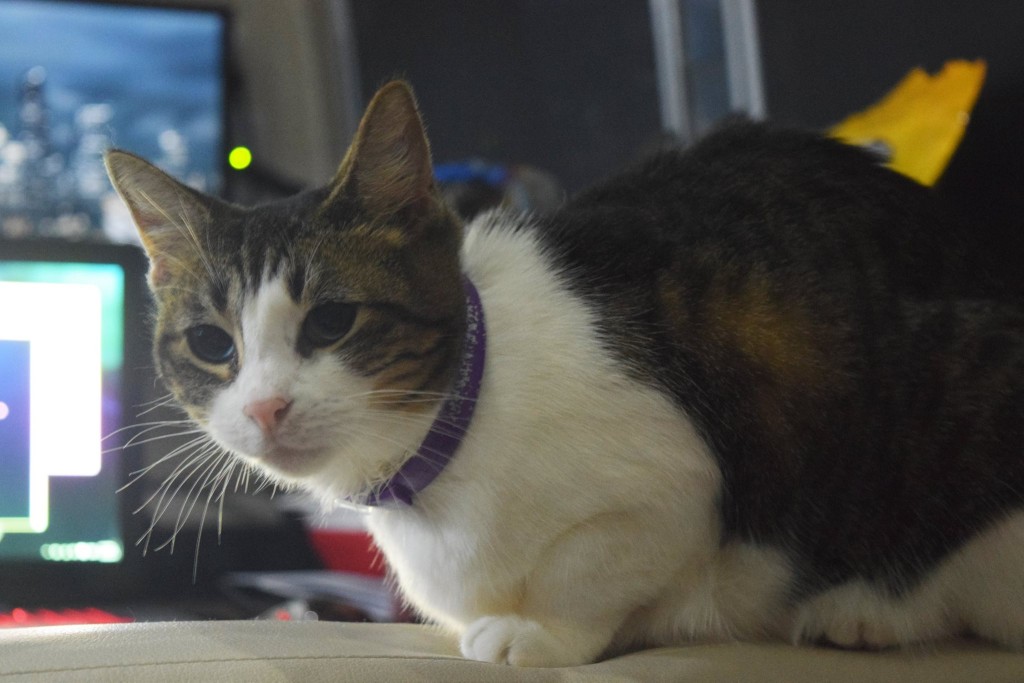 Kekovar is an american short-hair orange tabby and bigger than his sister Kia. Kekovar loves to keep Hitch from working too hard by providing frequent petting breaks and opportunities to clean the cat box. Kekovar feels America is far too large and scary a place but is looking forward to viewing its many birds from the other side of a securely closed window. 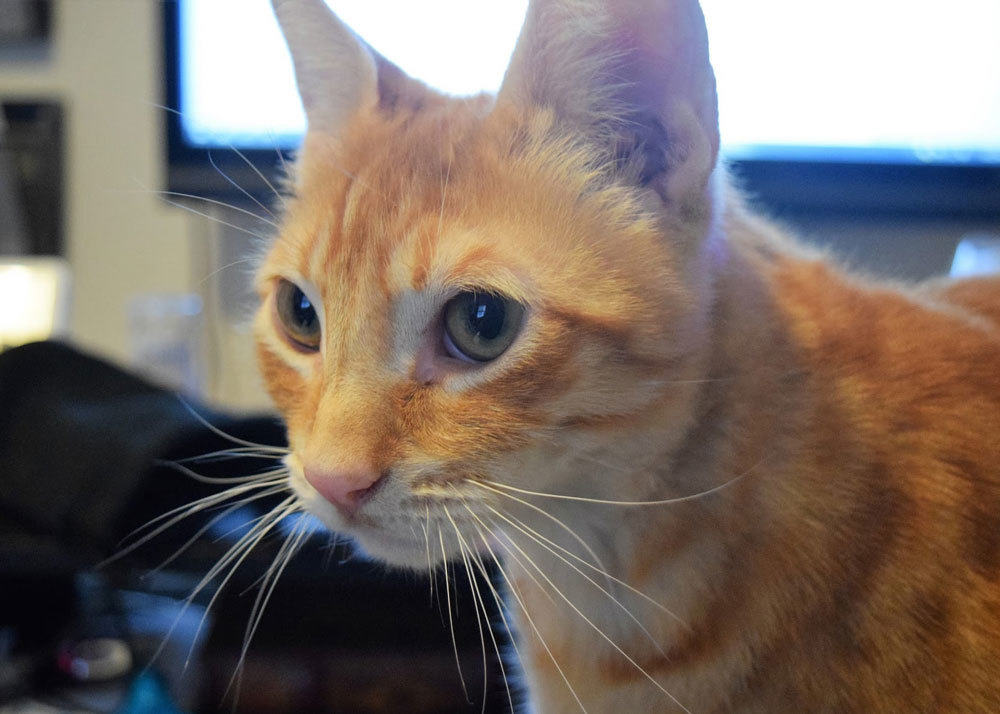 Both are a little over five years old, by the Cat to Human Years Table, they are considered adults. Some of our first conversations when we decided to embark on a nomadic life, were about the cats. We had to answer important questions such as, “Will they come with us? Where will we put them? Where will they sleep? How will we feed and care for them? How will we transport them when we are on the road? Should we leash train them?”

One of the first things we knew we had to do is get them a bigger cat transport enclosure. A container big enough to contain a bed and cat litter, yet still fit in the truck. Since would be on the road from anywhere from 2 to 5 hours with water and feeding stops, we needed to have a means of easily accessing the cats. After talking with friends and internet research, we bought the large version of the Petego Pet Tube Kennel. We also got these pet pillows which fit to create a flat bottom on the tube, but discovered that the cats didn’t like the feel of them and replaced them with towels and a warming blanket.

The first few times in the tube kennel were stressful for the cats, but by the fourth or fifth time they were use to it and driving around in the truck with us. We of course applied many favorite treats before, during and after the trip. They kinda go nuts for these WildSide Salmon Cat Treats, which list only one ingredient: “Wild Salmon FREEZE DRIED”. During regular feedings on the road or while docked, we found the Pet Travel-Tainer, which the bowls and the container fit together conveniently for travel. To calm the cats during stressful travel moments, we also got Feliway diffusers and collars, which was recommended by our vet. The calming pheromones released in to the air, really work on our cats, which then makes it easier for the cats to associate travel with positive reinforcement.

We also made sure that the cats had plenty of toys, cardboard scratch pads, and warm beds in multiple hiding areas in the Airstream. With near freezing temps the last few nights, we also lined their sleeping areas with Bubble Pack Insulation. The stuff is great because it reflects any radiant heat back into the trailer, so why not for when the cats’ cubby holes. We also covered the insulation with old towels and t-shirts, so the insulation material wouldn’t be too startling or uncomfortable to them.

Cats are inherently nocturnal, so playing with them before we humans go to bed is important. Sometimes we forgot kitty play time (too tired, too busy, etc) and the result is four-legged romping, skittering toy mice, and midnight serenades at the blurry hours of 3am and pre-dawn.

Given that the space in the trailer is rather limiting, we plan on training them on a leash and harness for outdoor fun, but not any time soon. We have plenty of time to train them after they get use to life in the trailer and travel.

The downside of such small place and with two cats is that a cat box gets used twice as much. Its advised that you have one box for each cat plus one. We have no such luxury in a trailer. However we found a solution to this problem by going with the Tidy Cats Breeze Litter Box System. Its different than most cat box system because it has pellets which allow urine to pass through, and leave solid waste on top for quick, easy removal. The urine is quickly absorbed by the odor-controlling pad. It really does keep the odor down, especially when we clean the box of solids every day and replace the cat pad every other day. Its advised that you replace the litter pellets once a month per cat. For us that means twice a month, for our two cats. The disadvantage is that you have more bits to buy, including the Cat Pads and Cat Pellets.

My cats do have microchips, but the chip data is only registered with our local county. I’ve been looking into pet insurance that includes chip service that can be looked up anywhere in the country. So far the average cost is $20 a month per cat. I will update my blog later once I’ve finished research.

I also keep a pet file, with all vaccinations and medical records for each cat. This is pretty handy to have your pet’s medical history on hand should an emergency happen.

Although its a bit of work, I find traveling with our two cats rewarding. With a bit of time, effort, and lots of love and care. I hope both cats will be comfortable and happy on the road with us. 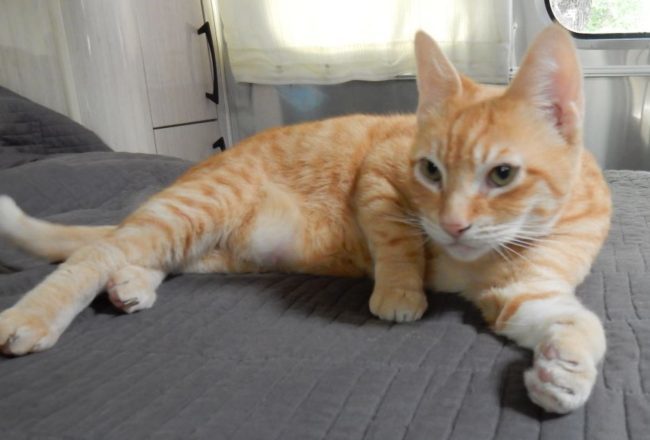 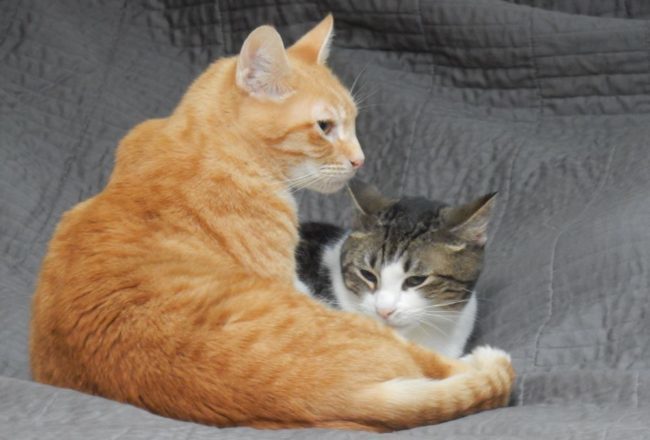